Our Yorkshire Farm star Amanda Owen has confirmed that she and her husband Clive have split up.

The farming reality show star and best-selling author issued a joint statement with Clive on social media which said the couple have made ‘the difficult decision to separate’.

The statement continued: ‘This hasn’t been easy, but we both believe it’s the right choice for the future of our family.

‘Although we are no longer a couple, we continue to work on the farm and co-parent together with our number one priority the happiness and well-being of our children.’

The couple added that they would like to thank everyone for their support and asked for privacy as they ‘work through this difficult time’.

It comes after months of speculation about the couple’s marriage which had become the talk of the village in Swaledale. 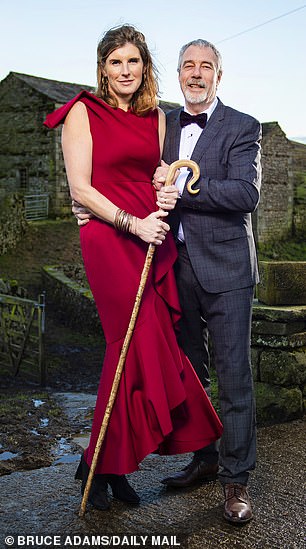 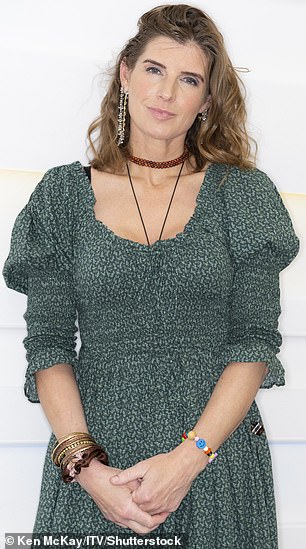 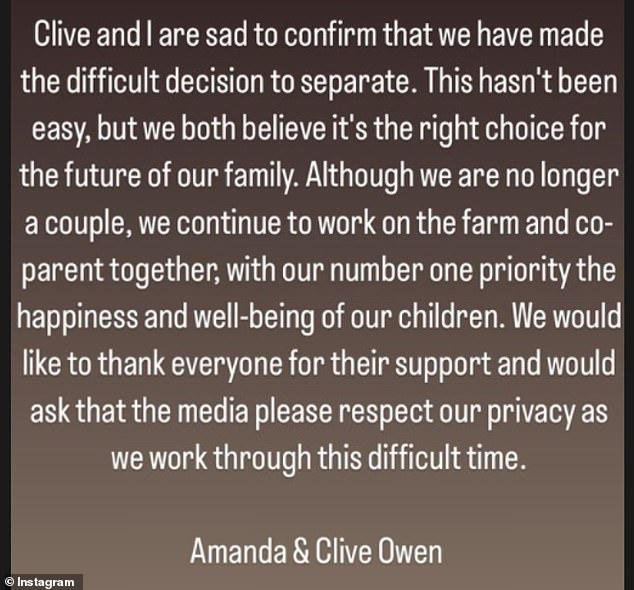 They had issued a statement late last year insisting that they had not separated but described a ‘rocky patch’.

The couple, who star in a Channel 5 series about life on Ravenseat Farm in Swaledale admitted they were going through a ‘rocky patch’ in October and said ‘we’ve never said our marriage is perfect’ after locals revealed they had been living apart for months.

In October, the couple took steps to address intense speculation with a joint statement which read: ‘With the TV show and the books we’ve always aimed to show the reality of life on the farm, and just like any marriage we have our stresses and strains, coupled with all the complexities of what we do on the farm and bringing up nine kids.

‘We’re a normal family and we’ve never said our marriage is perfect. Unfortunately the constant intrusion into our lives from the media has amplified a rocky patch that we’re going through. We ask that the media respect our privacy as we work through this.’

The couple share nine children together and they tied the know in 2000 after meeting five years earlier.

Last year, neighbours told MailOnline the pair had been living apart for months after Amanda ‘got caught up in the spotlight’ of her Channel 5 programme. 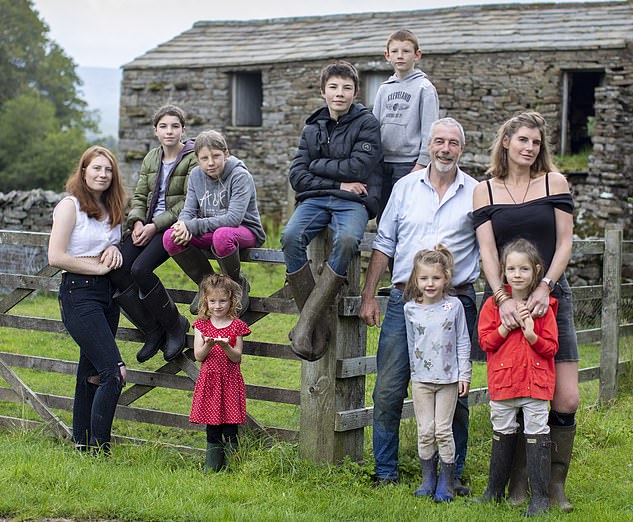 Pictured: Amanda Owen and husband Clive with eight of their nine children in North Yorkshire

The couple, known as the ‘Kardashians of the Countryside’, were said to be ‘battling to save their marriage’ after more than two decades.

Mr Owen, who was married to another woman for 13 years, was described as ‘desperate’ to repair their relationship amid ‘fears’ their marriage would end in divorce.

Mr and Mrs Owen became adored television stars through the Channel 5 show Our Yorkshire Farm from 2018 after first appearing on ITV series The Dales in 2011. 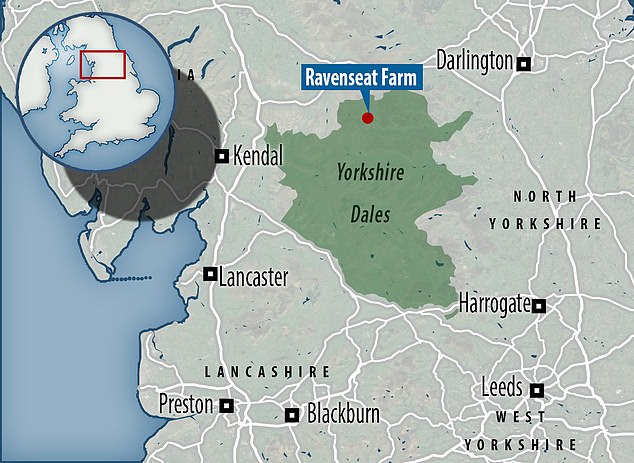 The programme follows them and their nine children around the 2,000-acre Ravenseat Farm as they battle the harsh elements to tackle rural duties.

But the tough lifestyle portrayed in the series appears to have taken its toll, with the couple’s fall out becoming ‘the talk of the village’.

It is thought Mrs Owen has moved into their holiday home The Firs, which is at the top of Upper Swaledale, in a valley and surrounded by five acres of meadows and pasture while Mr Owen has remained at the farmhouse, according to villagers.

The six-bedroom cottage is accessed by a private road behind three gates and dates back to at least the seventeenth century.

It has a number of original features, including stone flagged floors, beamed ceilings, whitewashed walls and a traditional black Yorkshire range.

The couple rent Ravenseat Farm and its land from billionaire Robert Miller, who is the co-founder of DFS (Duty Free Shops) and is the father of Crown Princess Marie-Chantal of Greece, Princess Alexandra von Fürstenberg, and Pia Getty – the ‘it’ girls of the 1990s.