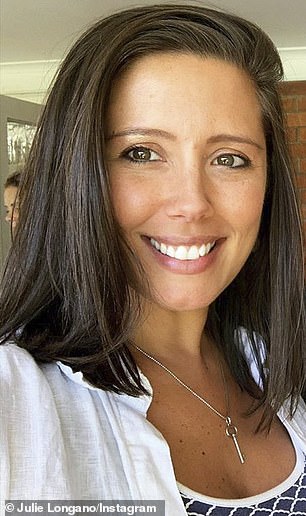 A woman has given birth to a boy outside the lifts in the foyer of a hospital as others watched on.

Julie Anne Longano and her husband Trent rushed to Epworth Freemasons Hospital near Melbourne CBD when she started having contractions.

The couple tried to enter the lift at the hospital but her labour had progressed so rapidly the recruitment officer couldn’t make it up to a bed.

‘A minute apart – contractions a minute apart. You know from the movies you should be in a hospital by then,’ she told 7 News.

The mum had struggled to get to the car at first and resorted to crawling on her hands and knees.

‘My eyes were bulging out of my head and I remember thinking, I’ve stuffed this up,’ she said.

She also said a window washer approached her while they were on route to the hospital and asked if he could clean the car windows for $2.

‘I’m like, “get this guy away from me!” Give us your bucket and give us your sponge,’ she laughed. 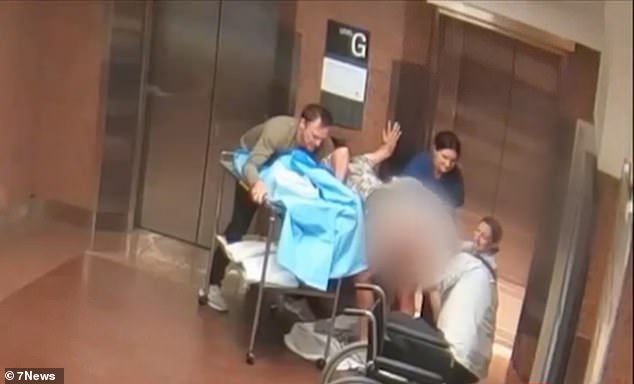 Pictured: Ms Longano giving birth to baby Anderson outside the lifts in the foyer of a hospital in Melbourne

The midwives were waiting when the couple arrived at the busy hospital.

Ms Longano said people using the lifts were shocked when the doors opened and they realised they were looking at a woman giving birth.

Obstetrician Grant Saffer got there as the baby’s head was ’emerging’. 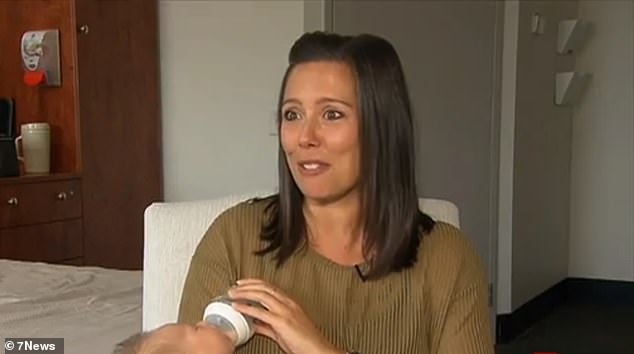 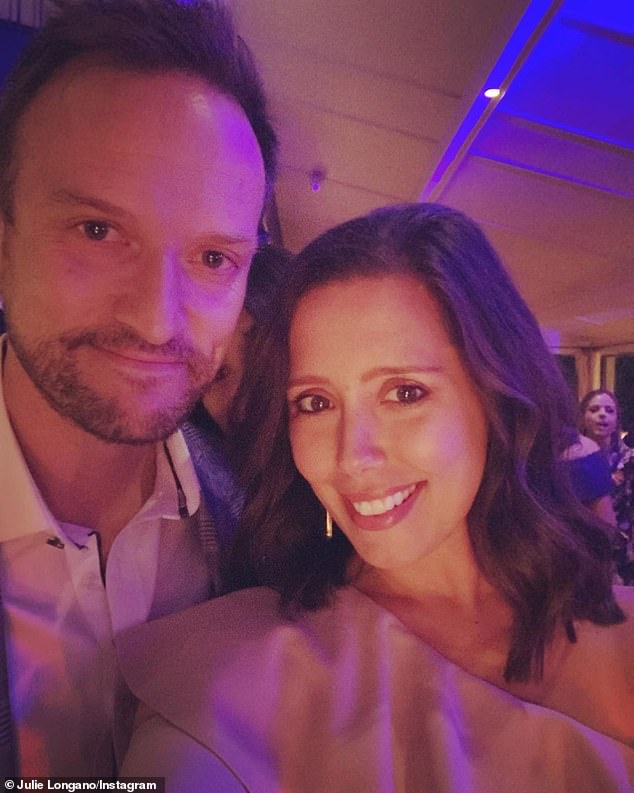 Julie Longano is pictured with her husband Trent. They are the proud parents of a baby boy

‘There’s nothing you can do. You’ve just got to have the baby then and there,’ he said.

To Ms Longano’s delight, Anderson’s birth was captured on CCTV.

‘That’s very special to have that moment captured,’ she said.

Tags: A, birth, boy, gives, in, to, woman
You may also like
Celebrities News