China's foreign ministry plans to target Australia's human rights record on Indigenous affairs and aged care as it ramps up its dispute with the Morrison government.

The escalation follows a sharp rejection of China's threats by Prime Minister Scott Morrison who on Thursday said Australia would not compromise on national security or freedom of speech after the Chinese embassy released a list of 14 grievances with Australia that threaten up to $20 billion in trade. 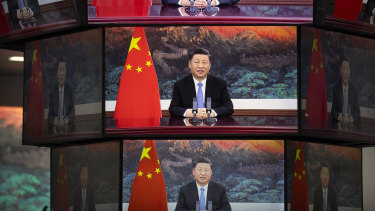 Mr Morrison said Australia would never compromise its national interests or hand over its laws to any other country.

"We make our laws and our rules and pursue our relationships in our interests and we stand up with other countries, whether it be on human rights issues or things that are occurring around the world, including in China," he said.

The embassy's list blamed the deteriorating relationship between the two countries on the Morrison's decision to ban Huawei, fund "anti-China" research at the Australian Strategic Policy Institute, block 10 Chinese foreign investment deals, and lead the call for an independent investigation into the origins of COVID-19, among other disputes.

China accounts for up to 40 per cent of Australia’s exports and one in 13 Australian jobs.

After handing over the list to Nine News, The Sydney Morning Herald and The Age on Tuesday and warning China was "angry", a Chinese embassy official said China would use "international bodies to talk up about Indigenous Australians and treatment in aged care".

"Why keep silent?," the official said.

China has detained up to 1 million Uighur Muslims in re-education camps. It has been condemned by dozens of countries for its human rights record in Xinjiang and its crackdown in Hong Kong. Human Rights Watch has accused China of systemic human rights abuse and labelled it "an exporter of human rights violations".

The Aged Care Royal Commission found Australia's aged care system failed to meet the needs of its older citizens after reports of abuse and neglect across the system.

A Department of Foreign Affairs spokesman said as a liberal democracy, Australia is open and transparent and expects our human rights record to be scrutinised accordingly.

“Australia raises its human rights concerns about other countries respectfully and constructively,” he said.

“The Australian Government has serious concerns about a range of human rights issues in China. We have consistently raised our concerns, including at ministerial level, both directly with China and in multilateral forums, and will continue to do so.”

The Chinese embassy official, who spoke on the condition of anonymity because they are not authorised to speak publicly, also said China may withdraw Confucius Institutes from Australian universities if proposed laws pass this year which would give the federal government power to tear up international agreements.

Responding to the reports on Thursday on Twitter, the White House's National Security Council said: "Beijing is upset Australia took steps to expose and thwart Chinese espionage and to protect Aussie sovereignty."

"Their “Wolf Warrior” diplomacy is backfiring; more and more nations worldwide have Australia’s back."

In a joint statement on Thursday, foreign ministers from Canada, the United States, Britain, Australia and New Zealand ratcheted up diplomatic pressure on Hong Kong after opposition candidates were disqualified from the territory's Legislative Council by Beijing for breaches of new national security laws.

Trade Minister Simon Birmingham on Thursday repeated his calls for Beijing to open its lines of communication.

"We value the relationship, we want to and are open to having the dialogue to work through issues," he said.

"We would urge that dialogue to happen and not through anonymous drops of documents but instead through actually sitting down and talking."

Tags: “Silent, China, Keep, t, to, why
You may also like
Celebrities News