BRITS could see an “invasion” of ladybirds out and about as well as in their homes.

Social media users have been posting images of the insects in recent days and experts have come up with the answer why they are so abundant at the moment. 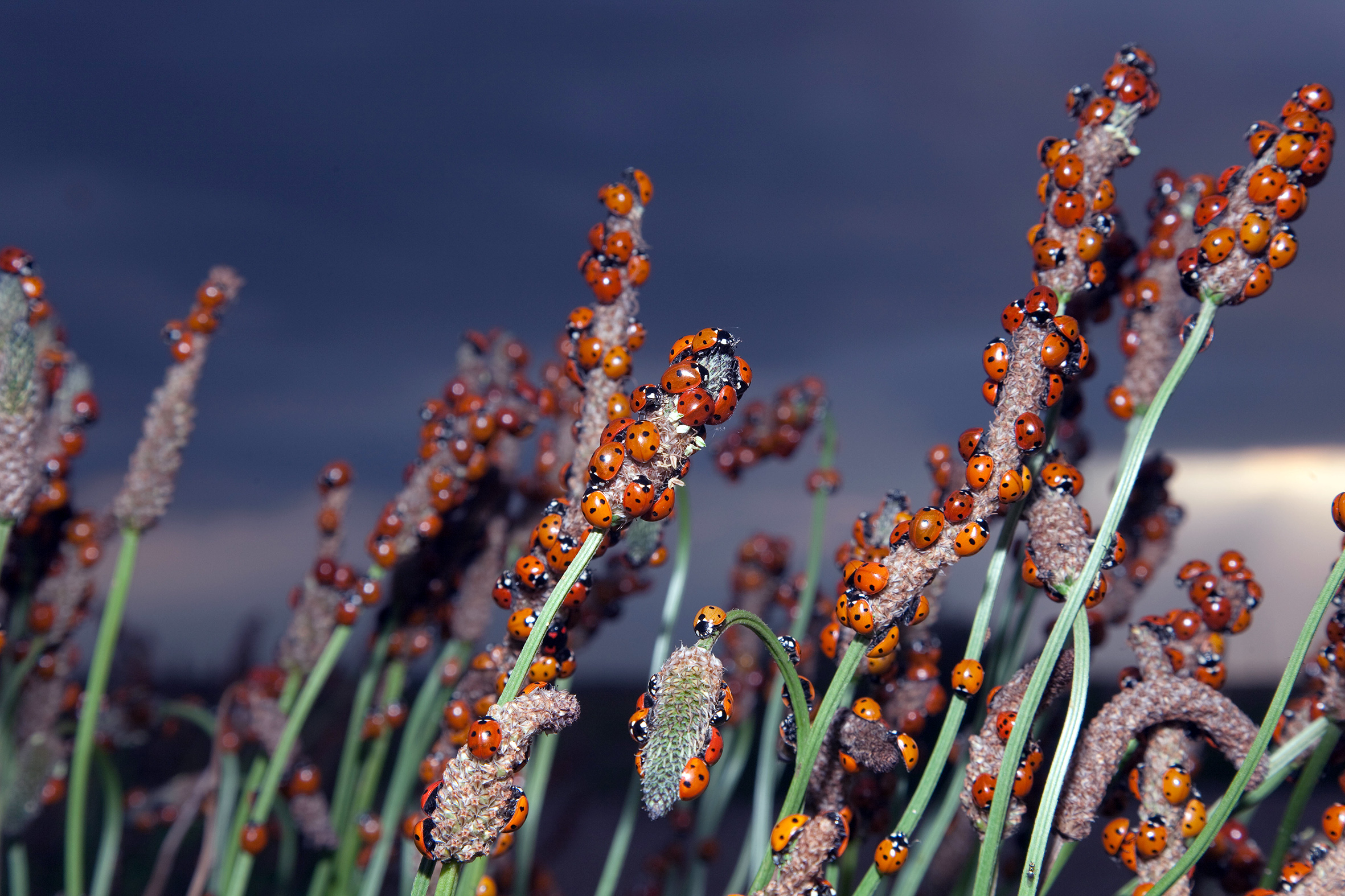 Why are there so many ladybirds?

Ecologist Dean Wilson from Horticulture.co.uk explained to the Telegraph and Argus that the current spell of warm weather is overlapping with their natural hibernation cycle.

He said: “We had a sudden turn in the weather conditions last week – a cold snap which signalled hibernation season. Then the warm weather this week has presented an opportunity for the insects to (all at once) find a safe home for winter in ideal conditions”.

“It’s likely surprising to see so many ladybirds at once, but they’re not here to take over and it’s likely that they’ll be gone as quickly as they arrived. I wouldn’t expect the 'swarms' to stay for longer than one week at the most.”

Harlequin ladybirds also come to these shores at this time of year.

Harlequins found in the UK are typically black with two or four orange or red spots – or orange with 15 to 21 black spots.

Scientists have dubbed the bug as “Britain's most invasive species” – as it preys on seven native ladybirds including the common two-spot.

How to get rid of ladybirds

The RSPB recommends: “To gently encourage them into a jar or box and place them outside either under a hedge or in a suitable sheltered place, during the warmer part of the day.”

Scents that can ward off ladybirds

It is also recommended that all nookies and crannies around the home are sealed off as best as possible, particularly around windows and doors.

While it is best to avoid killing the insects if an infestation is particularly bad it is best to vacuum them up and then carefully empty the bag outside. 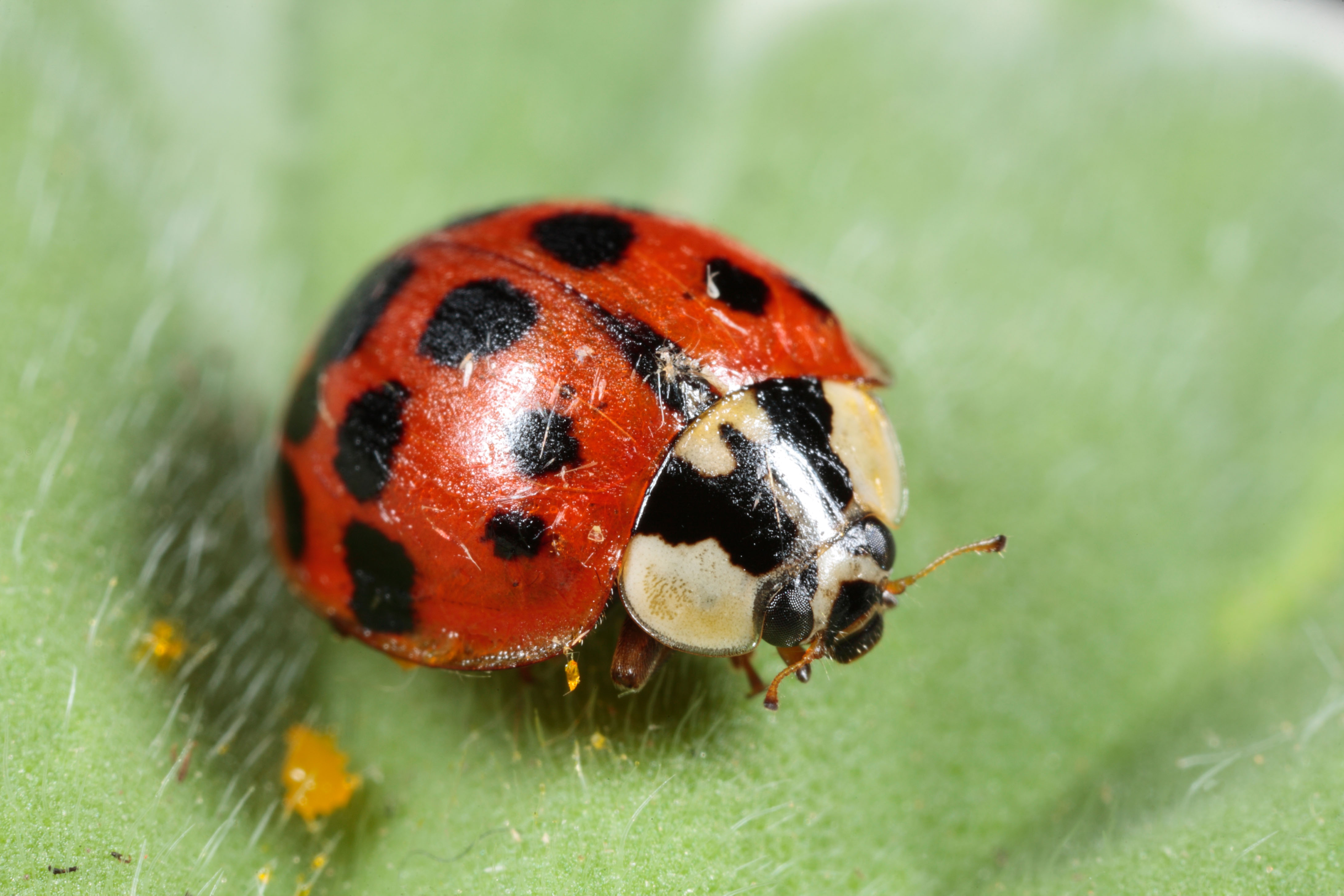 Ladybirds are completely harmless, according to Wilson and he recommends they are left alone if they are found in your home.

They have been known to bite humans although this is said to be extremely rare and their bites rarely cause any sort of reaction.

Ladybirds do give out a foul-smelling odour which is done to deter predators which can have a toxic effect but they are not poisonous to humans.

He said: “We have very little to fear from ladybirds. They are completely harmless – they’ll likely overwinter in a dormant state in or around your home during winter – then fly away in spring to find food and mate.”

“I would encourage the general public to enjoy the spectacle and be thankful for the range of benefits Ladybirds bring to the garden.”

Dean added: "While unnerving for those who might dislike insects, this ‘invasion’ is likely to be short-lived and last for a week at the very most."

Ladybirds do hibernate in the colder months.

Many huddle together in groups, according to the RSPB.

The common two-spot ladybird can often be found in lofts or in corners of cool room in homes as well as in corners of window frames and doors.

The other common ladybird found in Britain, the seven-spot, prefers finding a spot under the bark or in cracks of tree trunks.

They emerge from hibernation around April and temperatures rise.

Tags: Are, ladybird, many, so, There&, why
You may also like
Celebrities News