White motorist, 51, is charged with murder for shooting dead black motorcyclist and military veteran as he argued with his son 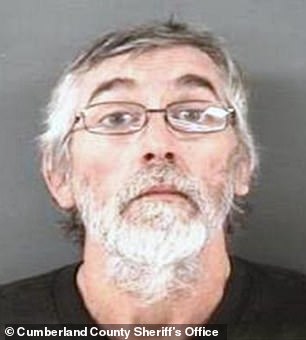 Roger Dale Nobles Sr., 51 (pictured), was charged with first-degree murder after he shot a black motorcyclist from his pick-up truck on Monday as his son argued with the victim outside the vehicle

A white North Carolina motorist has been charged with first-degree murder for allegedly shooting dead a black motorcyclist in a road rage attack.

Roger Dale Nobles Sr., 51, allegedly fired a shotgun from the driver’s seat of his pick up truck, at 32-year-old military veteran and father-of-three Stephen Addison who was arguing with his son Roger Nobles Jr. at an intersection.

The bullet whizzed past Nobles Jr., who didn’t flinch or react, and struck Addison in the chest.

Nobles Jr. then got back into his father’s 1992 Chevy pick-up, and his father calmly waited until the light turned green to drive away from the Fayetteville intersection of Skibo and Cliffdale roads, according to WRAL.

Nobles Sr. was arrested as soon as he arrived home after the incident, and is now charged with first-degree murder. His son was also taken into police custody and questioned after he appeared unsurprised by his father’s actions.

Prosecutors may also by weighing hate crime charges after a neighbor claimed Nobles Sr. had a history of racial abuse, allegedly calling her the n-word and putting her ‘through hell’. 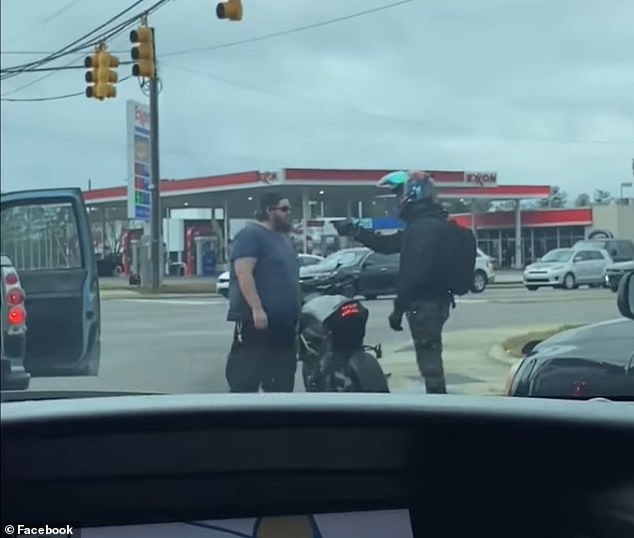 Roger Nobles Jr., left, is pictured arguing with Stephen Addison, 32, right, moments before the motorcyclist was shot dead in the road by Roger Nobles Sr. 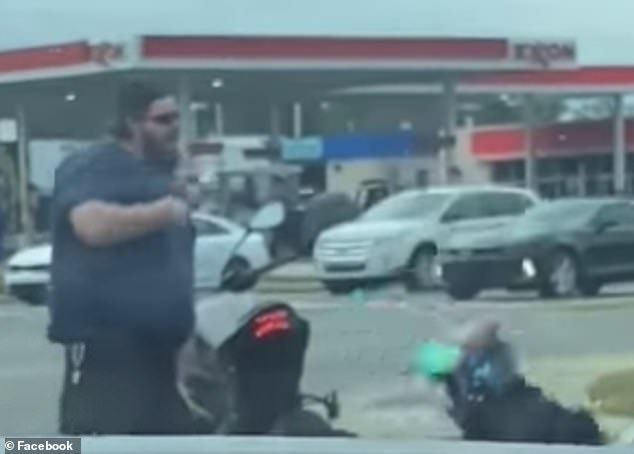 Security analysts who watched video of the footage said that Nobles Jr. knew that his father was planning to shoot Addison. They pointed out that the shooter’s son didn’t flinch when the shot was fired, and that he seems to have positioned himself in a way to give his father a clear shot 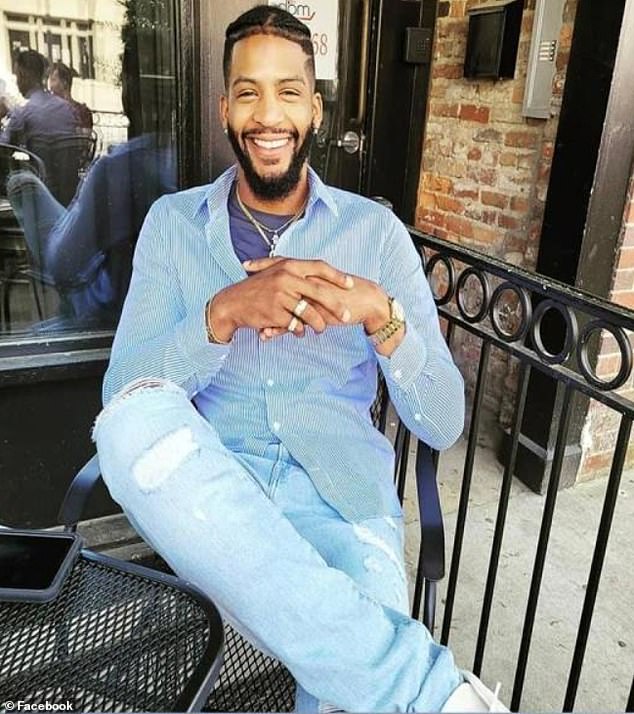 Victim Stephen Addison, pictured, was a father to three children and an army veteran

‘He done drove in my yard and took pictures of me on my porch,’ said neighbor Shahara Chance.

‘He’s shot his gun in the air telling me to turn my music down. I done been through hell with this man,’ she said, adding that he had harassed her for years.

District Attorney Bill West told WRAL that ‘if the evidence warrants that type of charge, [a hate crime is] certainly something we would look at and pursue.’

In footage of the shooting, Nobles Jr., who is 25 according to public records, doesn’t flinch after his father pulls the trigger. Security analysts who reviewed the video said his reaction, along with his stance in relation to his father’s car window, indicate that he anticipated that his father was going to shoot Addison.

Anthony Waddy, an analyst with SAV Consulting, said that Nobles Jr. ‘cleared a path’ for his father to fire the fatal shot.

What is a ‘fatal funnel’?

The ‘fatal funnel’ is what law enforcement refers to doorways or vantage points where a target can be easily seen within and it is difficult for them to move out of the way of incoming bullets.

‘Where he’s actually standing in reference to, what we call in the military, a “fatal funnel,”‘ Waddy told WRAL. ‘He’s clearly out of harm’s way.’

‘The most startling parts of the video are what did not happen, according to Waddy,’ WRAL reports.

‘Nobles Jr. looked down at Addison after he dropped to the ground, but did not turn to his father and did not appear surprised. Nobles Jr. also didn’t render any aid to Addison, who ended up dying from his injuries.

Neighbors said that police swarmed the Nobles as soon as they pulled into their driveway on Auburn Street.

‘They put them in handcuffs, and then it went from there,’ one neighbor said. ‘They started searching the truck.’

Nobles Sr. admitted to the shooting, but did not offer a motive to police. He is currently being held at Cumberland County Jail without bond.

Nobles Jr. has yet to be charged in the incident, although he was initially taken into custody by police.

Defense attorney Daniel Meier told WRAL that there likely isn’t enough evidence to charge Nobles Jr. with a crime unless prosecutors could prove that he knew his father was going to shoot – he was not legally obligated to call police, render medical aid to Addison after he was shot or report his father.

‘You don’t have an obligation to report a criminal activity, even if you know the person who committed it,’ Meier told the outlet. ‘You can watch a crime occur right in front of you, and you don’t have to call the police.’

To be charged as an accessory to murder, Nobles Jr. would have needed to help dispose of evidence or cover up the killing.

Justin Cockrell, Addison’s best friend who served alongside him at the Fort Bragg army reserve base, said the victim was a ‘great, loving soul.’

‘[He was] a loving, caring guy for anybody. He stayed out the way [and] was never in anybody’s business,’ Cockrell told WRAL.

Cockrell said that there ‘won’t be one bad word spoken about Stephen’ in the Fayetteville community, and that he felt he’d ‘lost a friend for nothing.’

‘It’s just senseless,’ Cockrell said. ‘It’s 2022 and we’re still talking about road rage. I mean, come on. I lost my brother, for what? He has three kids… he’s a veteran and served in the military.’