PEOPLE aged between 18 and 39 will not be given the AstraZeneca coronavirus vaccine due to blood clot links.

Experts have recommended that younger Brits should be given an alternative – but if you've not yet had a vaccine, what jab will you get instead? 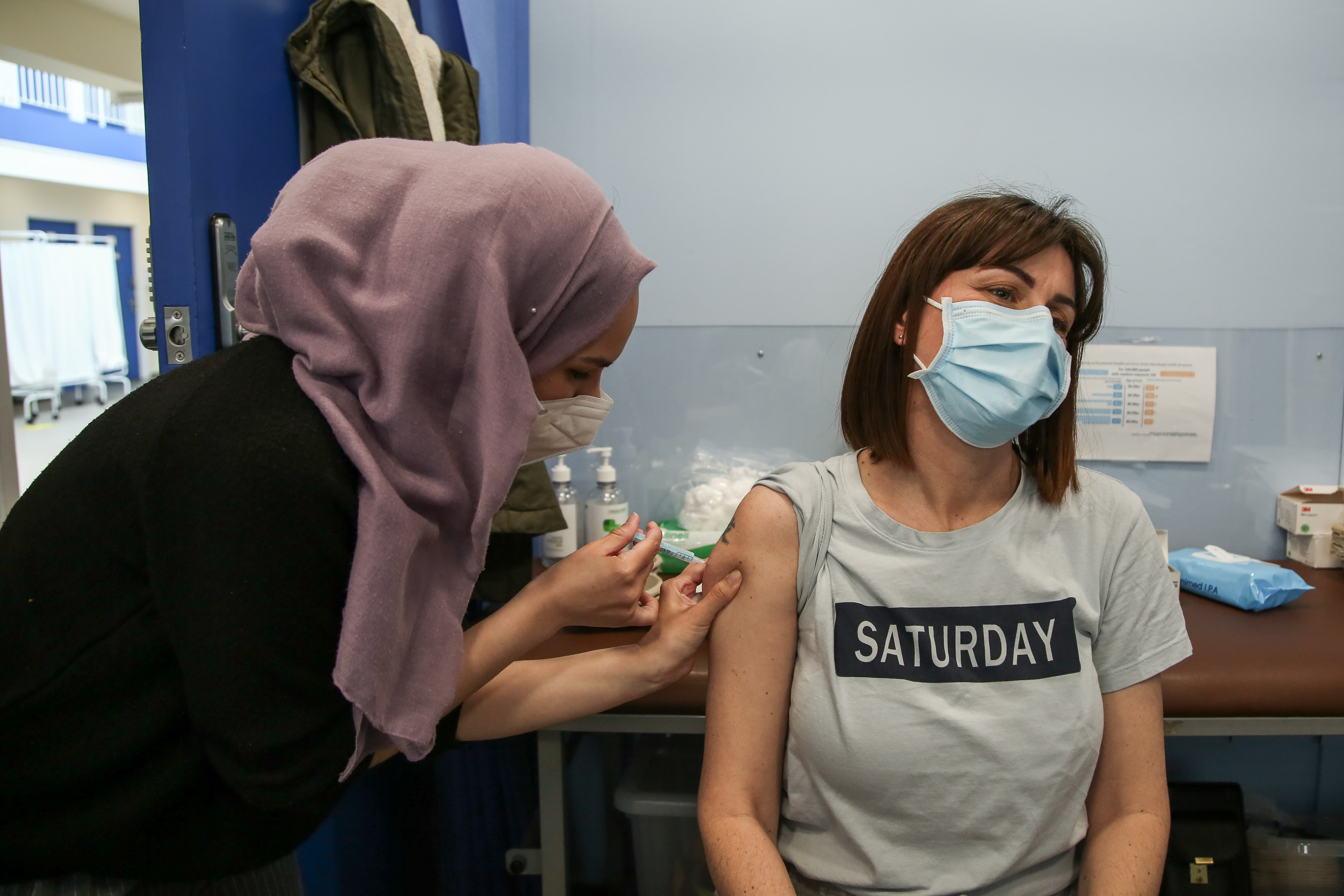 People under 40 will be given jabs from Pfizer or Moderna instead, both of which are highly effective.

But this will "only be where this is available and only if this does not cause any substantial delays in being vaccinated", the JCVI – a panel of experts which advises the government – said.

Professor Jonathan Van-Tam, deputy chief medical officer for England, said it is important that the vaccine rollout continues at a good pace.

During a televised briefing today he said: “I do expect that we are still on target to offer a first dose to all adults by the end of July.”

The JCVI said the move to restrict the AZ jab to those only 40 years old and over was "precautionary".

The risk of a blood clot is still “extremely small” at just 10 in a million.

There have been 242 cases of 28.5 million first doses and second doses of the AstraZeneca jab, according to a Government update on Thursday.

But the JCVI said everybody who has already had a first dose of the AZ vaccine, which includes younger people who are health workers, should receive a second dose of the same jab.

Getting the second vaccine dose is very important because it further increases the level of protection against Covid.

Experts have previously said refusing an offer of the AZ jab is dangerous because it would increase the risk of Covid death. 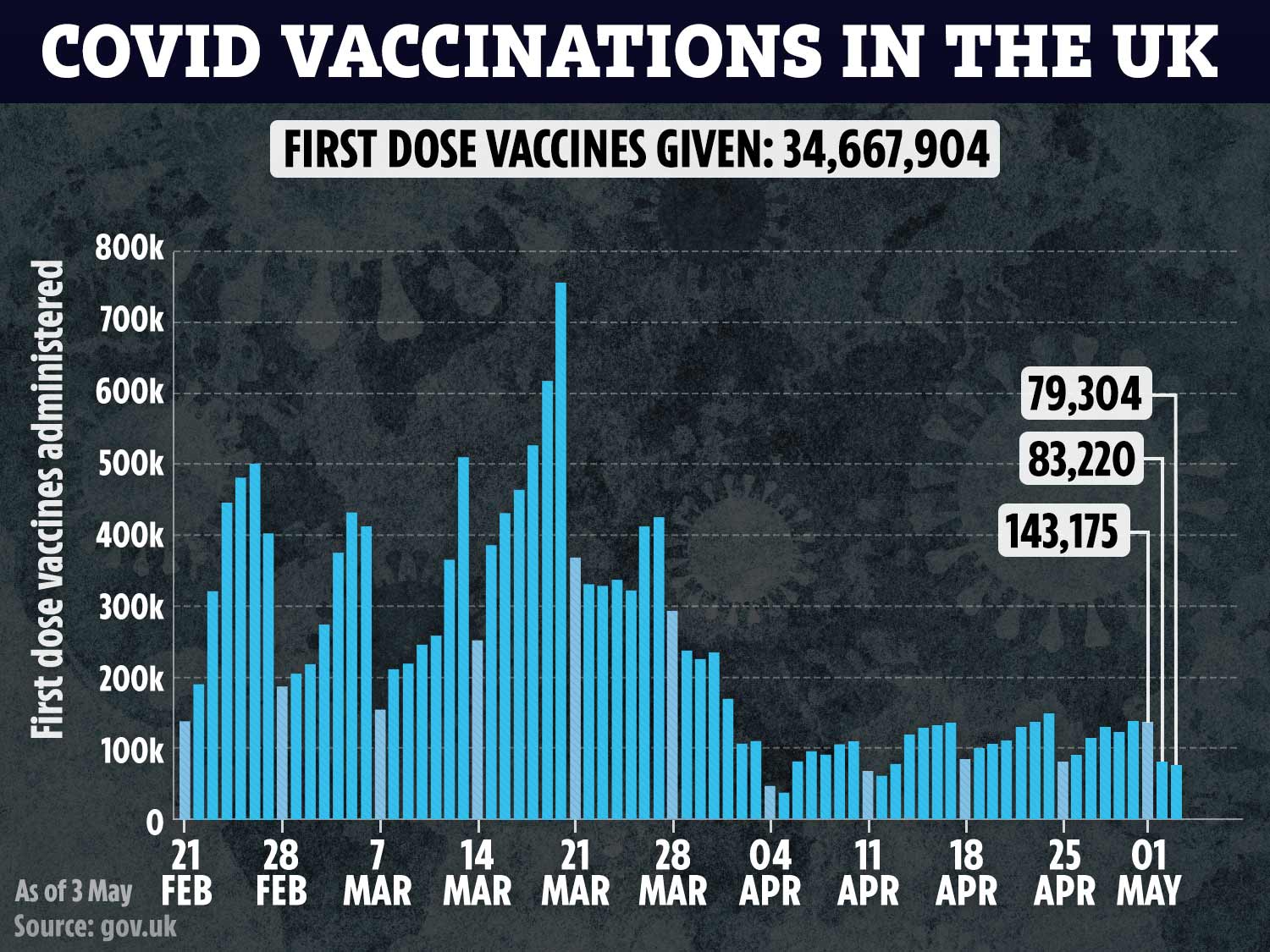 Here are the other vaccines that are currently being rolled out in the UK.

The Moderna vaccine started being rolled out in the UK in April.

Around 0.1 million first doses of the jab have been given out so far, the fewest of all three vaccines in the UK.

Britain has secured 17 million doses of the Moderna vaccine, which was given the green-light by medicines regulator the MHRA back in January.

The jab is 94 per cent effective against Covid-19. 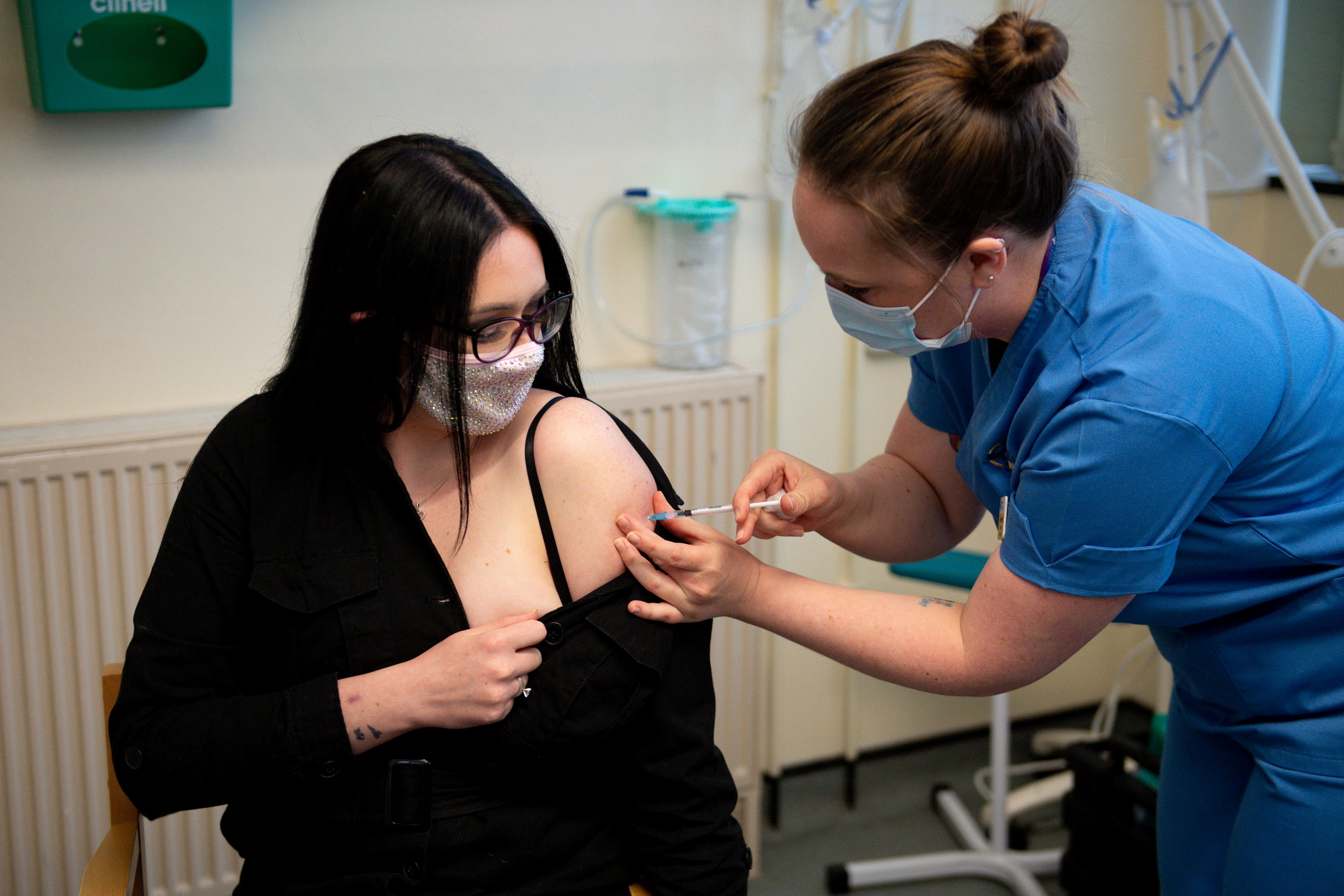 Moderna's jab was trialled on more than 30,000 people.

It was also trialled on those most at risk of severe illness from Covid, including the elderly and ethnic minority groups – offering a boost that the vulnerable will be protected from the deadly bug.

Analysis from the Phase 3 study of the jab revealed that the vaccine can prevent Covid-19, including severe disease.

It stated that the jab was 94 per cent effective.

Dr Michael Head, a senior research fellow in Global Health at the University of Southampton, said: "The early administrations in other countries such as the USA have been successful with no significant issues raised in terms of safety.”

Elle Taylor, 24, from Ammanford in Carmarthenshire, said she was "very excited and happy" to be the first person in the UK to get the American made vaccine.

Millions of Brits have already received the Pfizer/BionTech jab as it was the first to have been rolled out in the UK.

Around 11.4 million first doses and 8.1 million second doses have been given so far, according to the MHRA.

Analysis from Public Health England found the Pfizer/BioNTech vaccine reduces the risk of catching infection by more than 70 per cent after a first dose.

That risk is reduced by 85 percent after a second dose.

The study of real-world data also showed vaccinated people who go on to become infected are far less likely to die or be hospitalised.

Hospitalisation and death from Covid-19 is reduced by over 75 per cent in those who have received a dose of the Pfizer/BioNTech vaccine, according to the analysis. 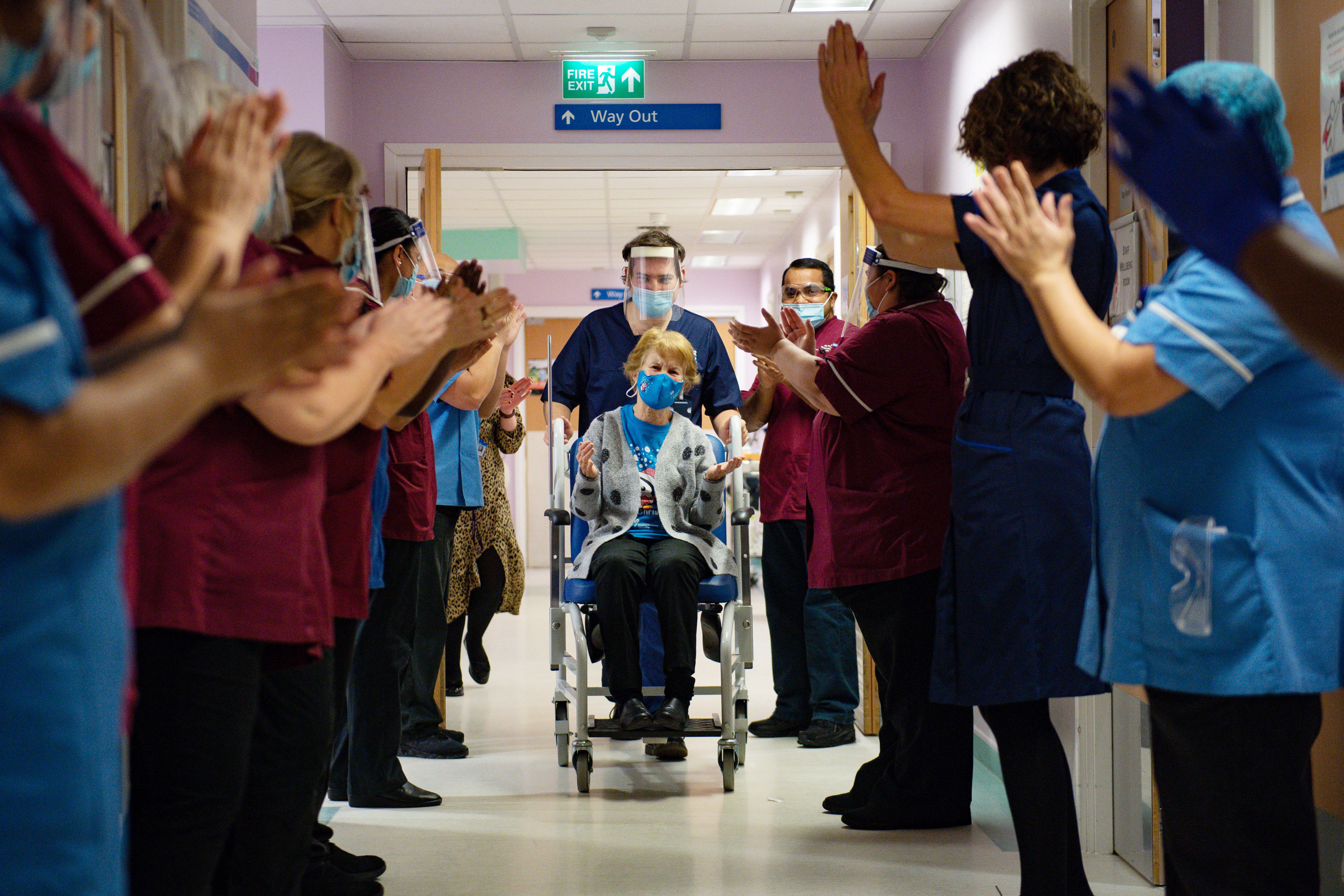 And Public Health England called that “the lower end of the estimate”.

Pooled data on both vaccines shows that in the over-80s — the highest risk group for Covid deaths — the chances of needing a stay in hospital fell by 81 per cent.

Meanwhile, separate research following 23,324 NHS workers suggests a single dose of the Pfizer jab was enough to cut virus transmission by around 70 per cent.

It also found that a vaccine effectiveness of 94 per cent against asymptomatic SARS-CoV-2 infections.

For all outcomes, vaccine effectiveness was measured from two weeks after the second dose. 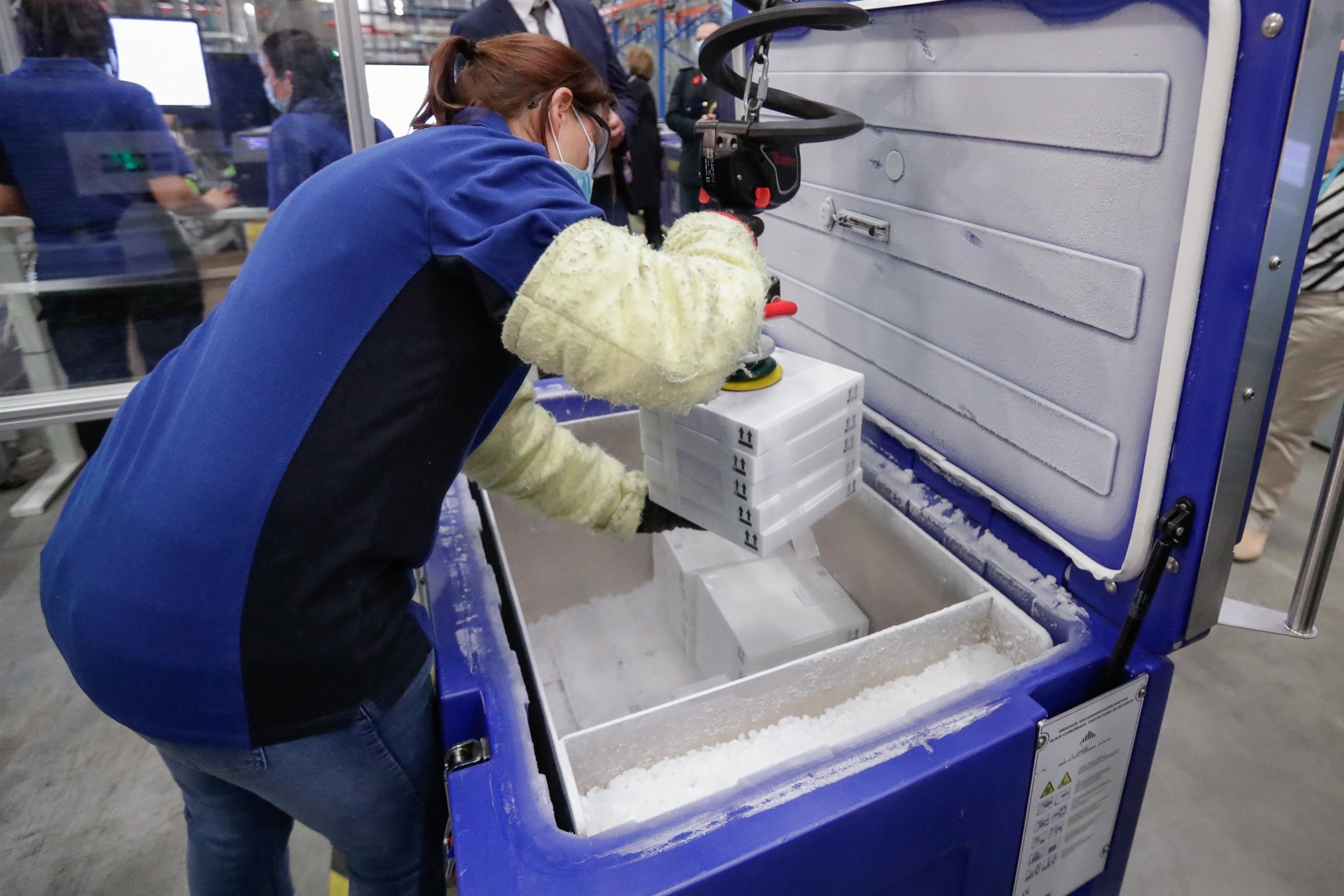 OTHER JABS THAT COULD BE AVAILABLE IN THE UK

As well as the vaccines mentioned above, there are jabs from other manufacturers that the UK has on order.

In total, the UK now has a catalogue of 407 million doses of Covid vaccines, the majority of which were bought last year in the hope at least one vaccine candidate would be proven to work.

The Novavax jab could be ready for use in the UK very soon.

Regulators at the MHRA have been conducting a “rolling review” of the two-dose jab since it went into clinical trials.

Professor Paul Heath, chief investigator for the Novavax jab trial in the UK, said he hoped it would be approved by the end of April.

How many vaccines has the UK ordered?

Results of the trials revealed the jab is astonishingly almost 100 per cent effective at preventing severe Covid disease, including death.

Prof Heath said it is also 85 per cent effective against the Kent variant, which is dominant in the UK.

But its efficacy reduced to 60 per cent against mild, moderate or severe disease, where most cases were the South African variant.

The UK has 60 million doses of the jab on order.

It also has 30 million doses ordered of the Janssen/Johnson & Johnson jab which has finished trials and is awaiting approval.

However, the Johnson & Johnson vaccine has been linked with a tiny number of blood clotting cases in the US, and therefore it is not clear how it will be used in the UK.

The UK medicine regulator the MHRA said on May 7 it is still "rigorously" investigating these cases.

Although only one jab is needed, anyone getting this vaccine would still need to be careful for three weeks to allow the antibody response to properly develop.

It is not a case of being instantly protected the same day you get your shot.

The GlaxoSmithKline jab is still in early trials and the UK has 60 million on order as well as 50 million doses of CureVac – which have not yet been made.

Tags: covid-, under, vaccine, Which, will
You may also like
Celebrities News