Early last month, hundreds of Adnyamathanha people began travelling from their rocky ancestral lands around the Flinders Ranges and from elsewhere in South Australia to gather at Port Augusta, a town known as the nation’s crossroads.

As the evening of April 9 drew in, there was mounting anticipation. Some found shelter with relatives or friends; others unrolled swags as evening temperatures plunged in the desert air.

Hope had drawn them – hope that when the next day dawned there would be light shed, at last, on the millions of dollars from mining revenues which had poured through a maze of entities associated with the Adnyamathanha Traditional Lands Association (ATLA), the body set up to manage their native title rights. 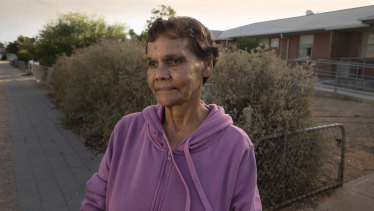 Adnyamathanha elder Leonie Brady asked for help when she was diagnosed with cancer, but was knocked back.Credit:Tom Hancock

Their story and what would unfold next, highlights the endemic and unique challenges faced by many Indigenous organisations across the country: complex financial structures, poor governance, communities sharply divided over how to manage native title benefits and an under-resourced regulator.

They felt safer speaking as a group, they said, because those who’d complained in the past had been bullied and intimidated.

The women were angry and frustrated. They’d been told many millions had been paid to their community by US-owned uranium miner, Heathgate Resources, which operated two mines on Adnyamathanha lands in the north Flinders Ranges.

But the way in which benefits trickled down to the 3000 or so ordinary Adnyamathanha – people like themselves – was erratic and opaque. Some reported receiving a few hundred dollars twice a year into their bank accounts. Others said they had received nothing. Some said payments were cut off for years at a time, with no explanation. One said cheques were still being paid to the dead. When Leonie Brady appealed for help while undergoing chemotherapy for cancer, she had been turned away.

“I just gave up,” she told a joint investigation by The Sydney Morning Herald, The Age and ABC’s 7.30.

“We struggle, every one of us.”

McKenzie said: “I see people driving around in flash cars, houses, their children’s got a house, Toyotas, and we got nothing”.

Others had broader concerns. What was there to show for the years of mining revenues? Where were the permanent enhancements to their communities?

Why, in particular, was there such secrecy around a trustee company – Rangelea Holdings Pty Ltd – which for years had been the cashbox for receiving and dispensing the mining royalties yet kept its books tightly closed against all outside scrutiny, even from ATLA members?

There was plenty to fuel suspicion.

Rumours that there had been a referral to the police were rife.

There had been years of complaints to the federal regulator, the Office of the Registrar of Indigenous Corporations (ORIC), which had removed all ATLA’s 20-plus directors in March 2020 and installed special administrators whose terms had been extended for a second, then third time.

Now the community was eager for answers as it gathered on Saturday, April 10, in a large indoor sporting facility at the Central Oval in Port Augusta.

It soon became apparent the administrators Bevan Mailman and Brian Bero, lawyers at Jaramer Legal, had made less progress than many had hoped.

The paper trail they’d tried to follow was full of glaring holes. The administrators said some bank records were inaccessible. A forensic accountant’s report by KordaMentha, promised to be released to them, wasn’t ready for circulation. There was no new board ready to install to hand back ATLA to the people, as the community had been promised.

The draft resolution which would have broken Rangelea’s tight grip on the mining revenues didn’t even get put to a vote.

The meeting ended in confusion and recriminations.

The women were disconsolate. “Where did the money go? We could get no answers at all, you know, and it’s not fair. We’ve been waiting for answers for years and years,” Ms Brady said later.

Adnyamathanha elder Tiger McKenzie said he had been let down again. “How can we as members hold boards to account into the future if we can’t get to the bottom of what’s gone on?” he said. “ATLA and what’s gone on should be a priority for a royal commission.”

The outcome of the meeting was a blow to ORIC as well. The regulator had mounted the high-profile intervention into ATLA in the hope of sending – as one insider familiar with the issues put it – “shockwaves” through the entire native title system nationally “so that everyone else pays attention”. 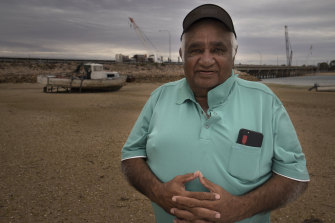 ORIC’s role is to oversee the operations of some 3300 Indigenous organisations, which vary enormously in size and complexity. The top 500 had around $2 billion in annual revenue, according to the most recent estimates.

Where native title interests intersect with mining interests, big money is at stake.

But with a staff of only 40 or so and a budget of $8 million – and few powers including an inability to issue fines for breaches of governance – ORIC is woefully under-resourced for its task, particularly when faced with the byzantine financial structures which lawyers, accountants and other advisers have erected around the scaffolding of native title. 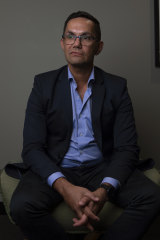 In ATLA’s case, for instance, the special administrators found they were grappling with at least 13 associated entities, some with overlapping sets of directors.

In many instances across the country, “professionals” were doing better out of native title than the traditional owners themselves, Button charged, because of the complexity of native title structures.

After the unhappy experience of the April 10 meeting, Button placed a second administration team inside ATLA, which is now due to report at the end of June. An advisory committee has also been appointed, which ORIC hopes will become the nucleus of a new ATLA board.

The task ahead remains daunting.

Button said “we haven’t found any wrongdoing…[but] when we looked at the books, there was a lack of paperwork and a lack of a paper trail and a [lack of] transparency of decisions” he said. “There was limited information that would give us confidence … that ATLA was actually acting in the interests of its members”.

Investigators had also uncovered an “intricate network of related entities and interests within the ATLA corporate structure”, but it had been difficult to decipher from the limited paper trail “why some of these entities were created or even how they came to be”.

Of these structures, Rangelea Holdings has been the hardest to penetrate.

Even though its eight directors are Adnyamathanha – representing the eight original native title claimants – it has been set up as a private trustee company, meaning its financial records are beyond the reach and scrutiny of ORIC. Repeated demands from wider Adnyamathanha community members to see the books have fallen on deaf ears.

The regulator may now be forced into court action to crack it open.

Accountant and Adnyamathanha woman Sally Clark, who has campaigned for years to reform ATLA and is a member of the freshly appointed advisory committee, believes up to $40 million in mining revenues has passed through Rangelea since Heathgate began paying uranium royalties not long after the first mine opened in 2001.

She fears tens of millions may have been “squandered and nobody has been made accountable”.

Button confirmed: “we do know that it’s in the tens of millions of dollars that’s gone through Rangelea. What we have seen so far is that there is very limited oversight of the activities of Rangelea over a long period of time”.

Adnyamathanha sources have described a system under which each of Rangelea’s directors distribute royalty cheques twice yearly to their own agreed “sub-groups,” which range in size from 70 to more than 1000 people. Beyond that, little is known.

Rangelea’s legal firm, Townsends Solicitors in Adelaide, disputed the $40 million estimate but failed to supply an alternative figure. Contacted again on Friday, the firm said it had received no authority from directors to release further information.

One persistent charge levied by those who want ATLA radically reformed is that it’s fallen under the influence of a “boys club” centred on long-time former chair and CEO Vince Coulthard and his brother Terrence. Vince Coulthard has a high profile in South Australia, and has been feted by senior politicians at state and federal level. In 2015, the state government named him the Local Hero of the Year. 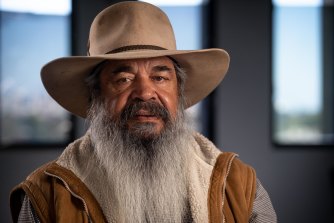 He directs a radio station, is involved in tourism ventures and runs a consultancy business.

Coulthard is also a director of Rangelea and raised eyebrows when he turned up at the April 10 meeting with a barrister, intent on blocking planned attempts to replace Rangelea as trustee. The administrators insisted the barrister leave.

The administrators said there was evidence that some payments from ATLA entities to directors and other individuals have “largely flowed to certain family groups”.

Of that $1 million, the report identified about $700,000 that had gone to the Coulthard family and its “related entities” – significantly more than several other family groups who were identified in the report.

But Coulthard vigorously denies wrongdoing, saying “you know they [Coulthards] are not necessarily connected. It’s a name”.

He denied investigators’ findings of financial reports not filed, papers missing and transactions for which no record of a decision-making process exists.

He insists any complaints about him and his family are fuelled by “tall poppy syndrome” and ATLA has been a very successful, transparent and well-run organisation which has delivered for its community.

Coulthard and his supporters have since stepped up a counterattack against ORIC accusing it of being “racist” and demanding there be a royal commission into the regulator itself.

“There’s a lot of mud slung at ATLA because people … [are] listening to dissident dissatisfied little people and I think that’s wrong,” Coulthard said, adding he had been unfairly demonised throughout the whole process.

ORIC’s hopes for reform of the sector hang on the government response to a review of the Corporations (Aboriginal and Torres Strait Islander) Act, from which the regulator derives its powers. The recommendations highlight the need for increased transparency to improve Indigenous governance, particularly when it comes to the use of trusts. It also recommends expanded powers for ORIC – something Button welcomes.

“Native title was never designed to create more welfare dependency amongst Aboriginal communities” he says. “But that’s what we are seeing.”

Watch the ABC’s 7.30 program for more on this issue on Monday evening.

Our Morning Edition newsletter is a curated guide to the most important and interesting stories, analysis and insights. Get it delivered to your inbox.

Tags: Did, Go, how, Money, the, Where
You may also like
Celebrities News