An American tourist has found himself mocked by fellow reviewers on TripAdvisor after he mistook a hotel’s complimentary sweet for a bar of soap.

The befuddled holidaymaker staying at an Isle of Skye guest house mistook the Scottish tablet, a crumbly treat similar to fudge, left on his pillow for a bath product.

When he took it in the shower to clean himself he was left underwhelmed by the confection’s cleaning abilities.

The man rated the Pink Guest House in Portree 9/10 on TripAdvisor but recommended the hotel change its ‘soap’. 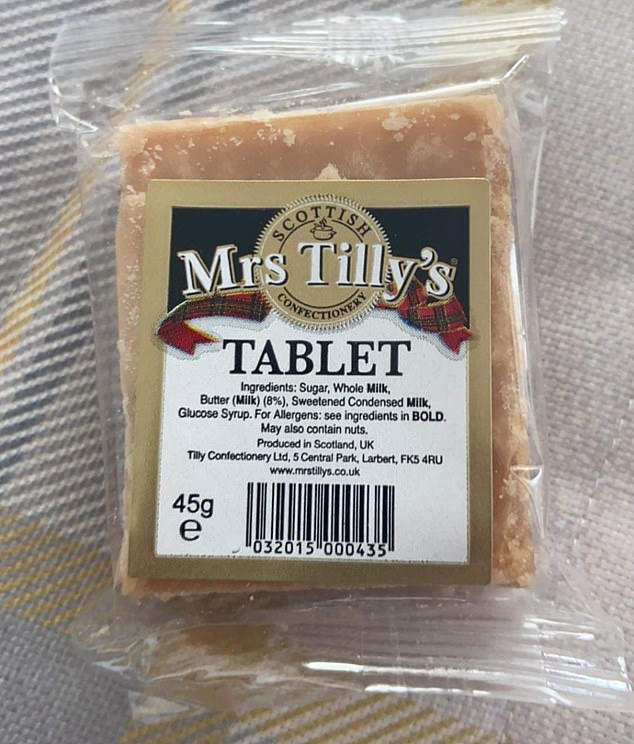 He wrote: ‘You have got to do something with that brown tablet bar of soap you put on each of our beds.

‘Not only was it gritty and left an oily residue but disintegrated before the shower was done. I have had much better exfoliating bar scrubs.’

The comical online review of the guest house was acclaimed after the guest, only known as Thomas, complained.

He thought the Scottish tablet was ‘gritty’ and ‘left an oily residue’ when he used it.

Thomas said the bar of Mrs Tilly’s tablet ‘disintegrated’ before he had finished his shower.

The hilarious review became an online hit with one person saying: ‘Oh my god, that is priceless.’

Another commented: ‘This is hilarious’, while others joked the tourist must have been a big hit with the local wasps.

Someone else said: ‘I do NOT want to know what Thomas does with Toblerone’.

While another commented: ‘Look, I’m an American, I’ve never seen or heard of that before despite trying several British sweets over the years.

‘But based on the ingredients it’s obviously a sweet. That and it says confection.’

Tablet maker Mrs Tilly’s even responded to the funny tweet. 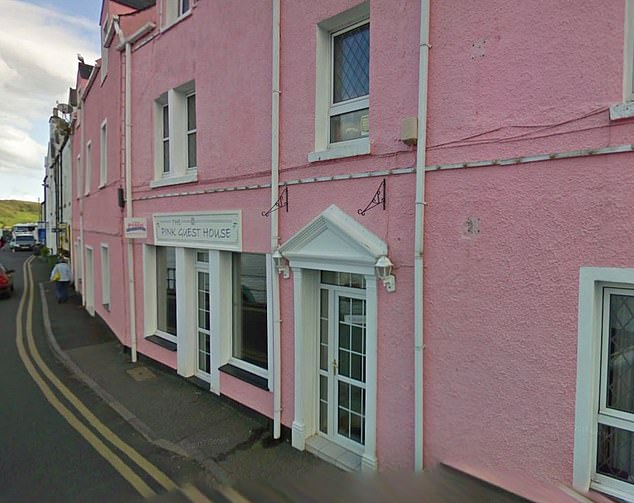 They said: ‘While we are delighted to see our Famous Scottish tablet as an in-room treat in a guest house in the beautiful Skye, we would like to remind everyone that it is best to eat the deliciously indulgent sweet treat, using it as soap isn’t one of our serving suggestions.’

Another hotel in Inverness poked fun at the review with their own sign for guests warning them not to make the same mistake.

A caution sign beside a complimentary tray of tablet reads: ‘Attention!! This Scottish tablet is to be eaten and not used to clean yourself in the shower.’ 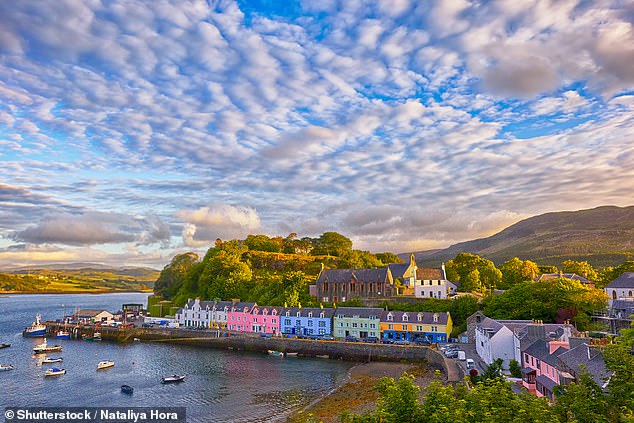 But Thomas said he still enjoyed his stay, adding the hotel as ‘very clean’ and claimed it had ‘everything we needed’.

The guest, who stayed for two nights last week at Portree’s The Pink Guest House, wrote: ‘Location and view were superb.

‘Very clean and had everything we needed.

‘You have got to do something with that brown tablet bar of soap you put on each of our beds. Not only was it gritty and left an oily residue but disintegrated before the shower was done! I have had much better exfoliating bar scrubs.’

Tags: blasts, Isle, of, Skye, tourist, Us'
You may also like
Celebrities News