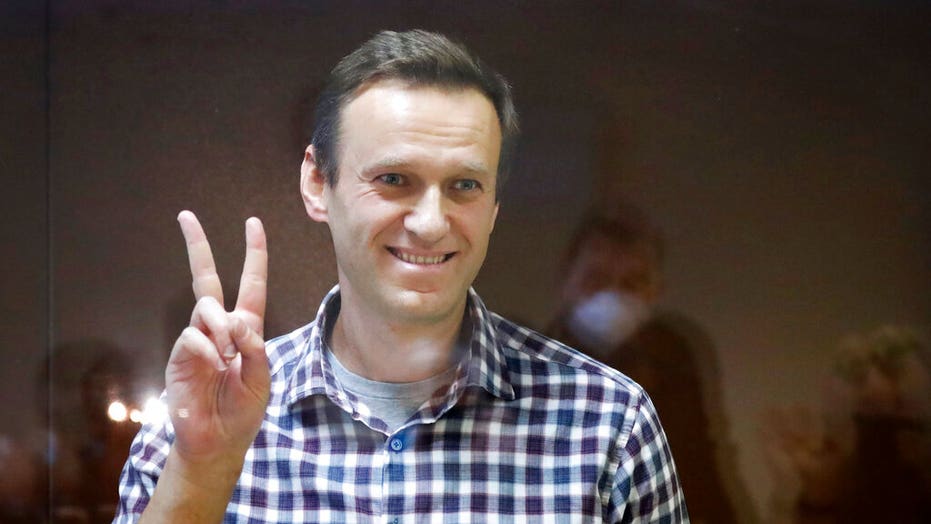 The Biden administration on Tuesday announced sanctions on several Russian officials and businesses in response to the poisoning and imprisonment of opposition leader Alexei Navalny.

“We’re exercising our authorities to send a clear signal that Russia’s use of chemical weapons and violation of its international human rights commitments have severe consequences,” a senior administration official said.

Officials did not immediately identify the seven senior members of the Russian government named in the sanctions.

The Biden administration also announced sanctions for 14 businesses and another enterprise, most of which it said were involved in the production of biological and chemical agents.

“We will surely respond,” Russian Foreign Minister Sergei Lavrov said Tuesday of any U.S. sanctions imposed over the jailing of Navalny. 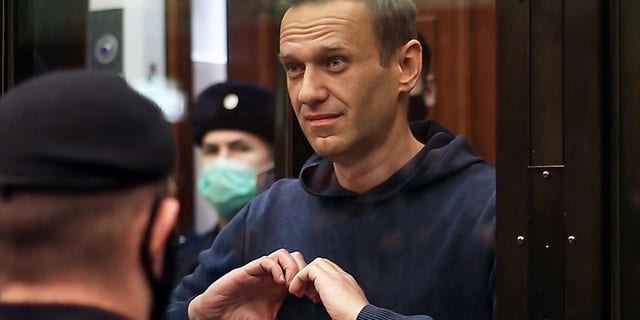 Russian opposition leader Alexei Navalny makes a heart gesture during a hearing into an application by the Russian Federal Penitentiary Service to convert his suspended sentence of three and a half years in the Yves Rocher case into a real jail term on Feb. 2. (Moscow City Court Press OfficeTASS via Getty Images)

The sanctions were expected to be the first of several steps by the Biden administration to confront President Vladimir Putin for alleged attacks on Russian opposition figures and hacking abroad, including of U.S. government agencies and U.S. businesses.

The announcement comes as the European Union also imposed sanctions against a small number of Russian officials and is expected to announce more.

Navalny, 44, was poisoned last August by a Russian nerve agent, Novichok, in an attack that the U.S. and others linked to Putin’s security services. He spent five months in Germany recovering from the poisoning.

Navalny was arrested on Jan. 17 for an alleged parole violation after returning to Moscow. The arrest triggered massive protests, to which the Russian authorities responded with a sweeping crackdown.

Tags: 7, Russia, sanction, senior, to, Us'
You may also like
Celebrities News