US is NOT expecting Saudi Arabia to immediately boost oil production despite soaring cost of gas, officials reveal as Biden prepares for talks with Crown Prince Mohammed bin Salman

The United States is not expecting Saudi Arabia to immediately boost oil production to ease soaring inflation that is hitting Americans in the pocket.

Instead it is eyeing the outcome of the next OPEC+ meeting on Aug 3, a US official said today.

The comments come hours before US President Joe Biden is set to land in Jeddah on a trip that is designed to reset the US relationship with the kingdom and during which energy supply, human rights and security cooperation are on the agenda with Saudi Crown Prince Mohammed Bin Salman.

High demand for gas, driven in large part by the global economic recovery from the Covid pandemic and Russia’s invasion of Ukraine squeezing supply, has contributed towards inflation running rampant.

Saudi Arabia, alongside the United Arab Emirates, holds the bulk of spare capacity within the OPEC+ group, an alliance between the Organization of Petroleum Exporting Countries (OPEC) and other exporters most notably Russia.

Biden is expected to have direct meetings with Saudi and UAE heads of state during his trip.

But the kingdom has repeatedly indicated it would not act unilaterally. Brent crude prices are trading at just under $100 a barrel, having hit a 14-year high of $139.13 in March, as investors weigh new COVID-19 lockdowns in top importer China and recession fears. 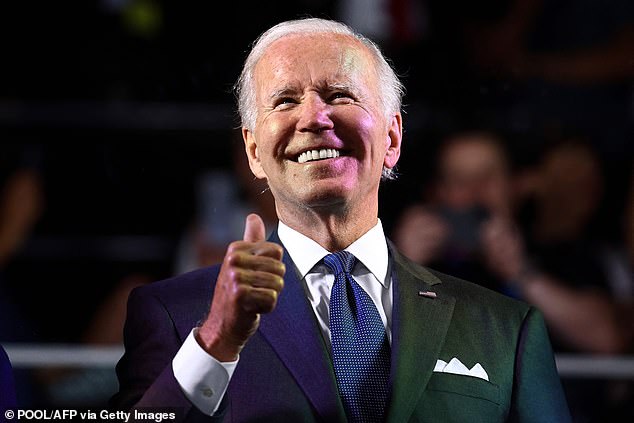 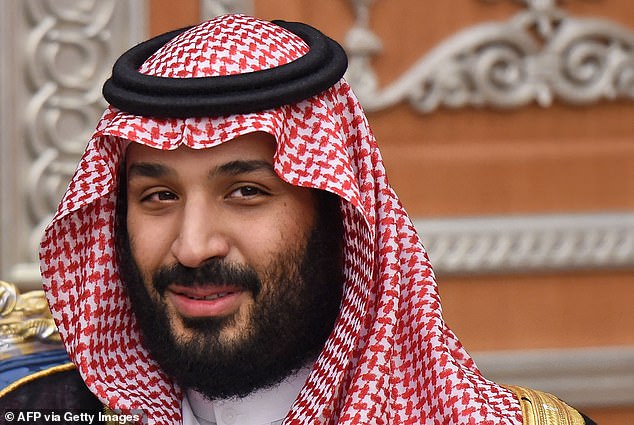 Saudi Arabia, alongside the United Arab Emirates, holds the bulk of spare capacity within the OPEC+ group, but de facto ruler Mohammed Bin Salman (pictured) is not expected to raise output immediately 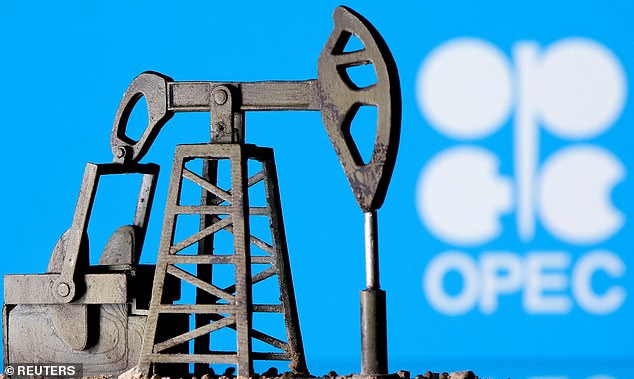 ‘Saudi Arabia prefers to manage the market through the Organization of the Petroleum Exporting Countries and allied producers (OPEC+), not through unilateral moves,’ Ben Cahill, a senior fellow at the Center for Strategic and International Studies, wrote in a recent analyst note.

‘Saudi energy minister Abdulaziz bin Salman has consistently emphasized the importance of OPEC+ cohesion, including a central role for Russia,’ he said. 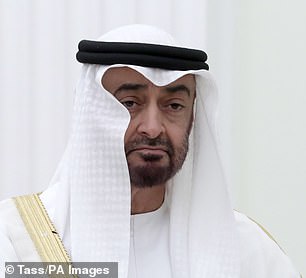 ‘The UAE is very much pro supporting and following U.S. discussions with Saudi Arabia on oil because we are part of the greater OPEC group, OPEC+, so we would very much like to see more stability in the market and ability to produce more and we are going to follow where the group will follow,’ he said.

The U.S. is eager to see Saudi Arabia and its OPEC partners pump more oil to help bring down the high cost of gasoline and ease the highest U.S. inflation in four decades.

However, spare capacity within OPEC is running low, with most producers pumping at maximum capacity.

It is unclear how much extra Saudi Arabia could bring to the market and how quickly.

Biden said recently that he would not ask Saudi leaders directly to increase oil production.

Instead, he would continue to make the case that all Gulf states should raise oil output, he said.

OPEC+ decided last month to increase output targets by 648,000 barrels per day (bpd) in August, ending record production cuts that it brought at the height of the pandemic to counter collapsing demand. 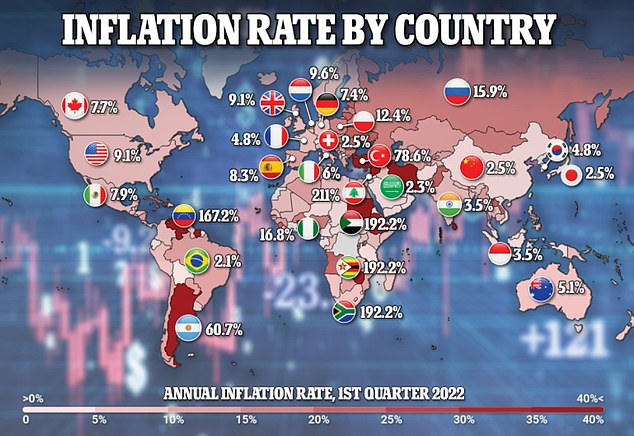 The United States is experiencing one of the highest inflation rates among developed countries, with the federal government reporting on Tuesday that inflation climbed to a 41-year high of 9.1 percent last month.

The consumer price index, a broad measure of goods and services in the nation, soared above the 8.8 percent Dow Jones estimate, with Moody’s Analytics Senior Economist Ryan Sweet calculating that the average American family coughed up an extra $493 last month, according to the New York Post.

President Joe Biden has tried to reassure Americans that the United States is ‘in a stronger position than any other in the world to overcome this inflation.’

But the US is now on par with the United Kingdom, where government officials reported that inflation soared 9.1 percent in June – the highest level there in four decades – due to rising energy, fuel and grain costs as the war in Ukraine continues.

Gas and electricity prices jumped by 53.5 and 95.5 percent in the country over last year, the BBC reports.