Two drunk men who decided to climb a near-3,000ft Snowdonia peak after a day of downing drinks with friends had to be rescued after one collapsed and the other fell down a gully.

The men were two of a party of eight who had all been enjoying a boozy boy’s day out on Sunday before deciding to scale the mountain.

The alarm was raised at 3pm after reports a man in his 20s was ‘intoxicated and unconscious’ on Cader Idris in Snowdonia National Park, North Wales.

DO YOU KNOW THESE MEN?

He was left on the mountain whilst the rest of the group went to raise the alarm, Aberdyfi Search and Rescue Team said.

Rescuers described the group as ‘potentially intoxicated’ after speaking with them and discovered not one but two of them had been left on the mountain.

Aberdyfi Search and Rescue Team said: ‘The man, in his 20s and one of a party of eight, had collapsed on the mountain and his party, also potentially intoxicated, had left him there to raise the alarm.

‘Through further conversations with the party, team volunteers were able to obtain a rough description of the man’s location, different from the original information but coinciding with reports of shouting heard by other walkers coming off the mountain. 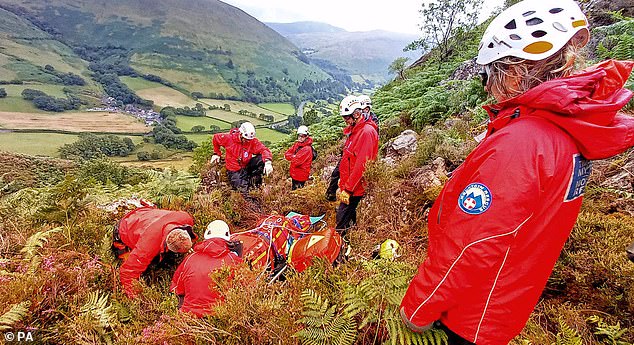 Rescuers spent nearly six hours trying to locate both men and get them to safety, with rescue efforts concluding at 8.45pm 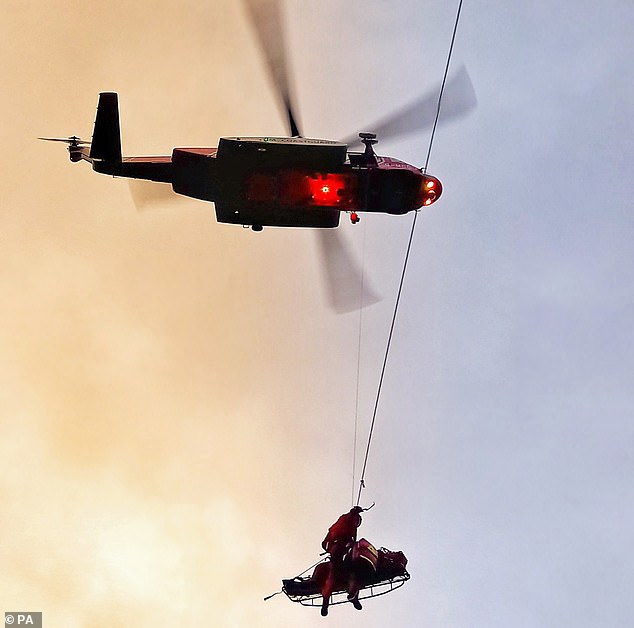 ‘Crucially, it also transpired that another member of the party was also missing on the mountain.’

Search and rescue efforts got underway in unseasonably poor weather and volunteers quickly found the man reported as unconscious.

He was able to walk and was escorted off the mountain while the search for his companion continued which included a team of search dogs.

The other man’s location was unknown as he had been separated from his friends and rescuers searched for hours before spotting the second man at the bottom of a gully, due to his light-coloured clothing.

The rescue team said: ‘One of the search parties reported a distant light-coloured object in a gully to the south of the initial search area, and spotters working from the foot of the mountain confirmed that it appeared to be a person.

‘The (search) party made their way across difficult terrain to reach the man, who was alive but had sustained significant injuries in what looked like a tumbling fall.’

The man was airlifted by the Coastguard to Ysbyty Gwynedd in Bangor, Wales, where he has received treatment. 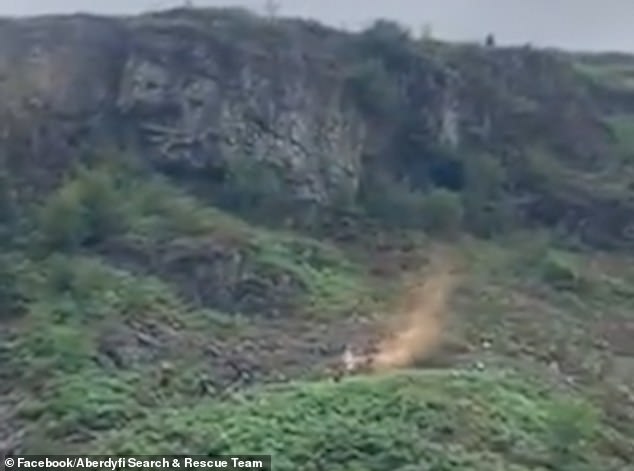 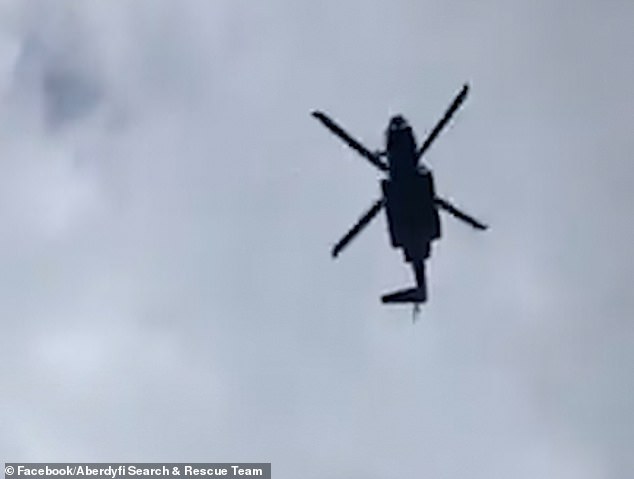 It took almost six hours and 17 volunteers to get both men to safety, with the rescue efforts coming to an end at around 8.45pm.

Team volunteer Graham O’Hanlon said: ‘The men were not equipped for the poor weather on the mountain, or for finding their way around it, and they made some poor choices that nearly cost at least one man his life.

‘But for the light colour of the man’s tracksuit, we may not have spotted him in time.’