The House Speaker urged Trump to sign the relief bill on Wednesday and keep the government open after the president hinted that he would veto the $900billion deal. 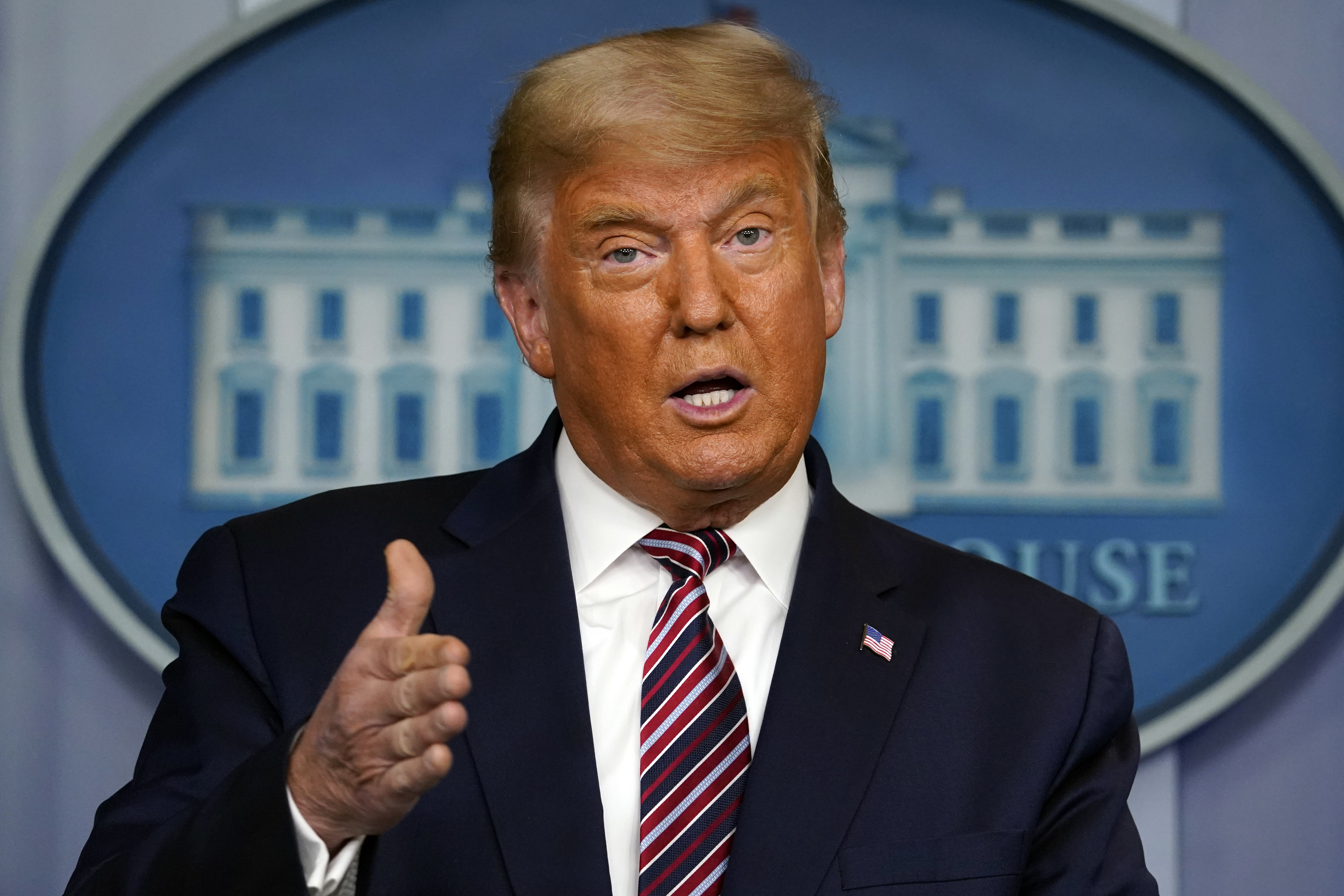 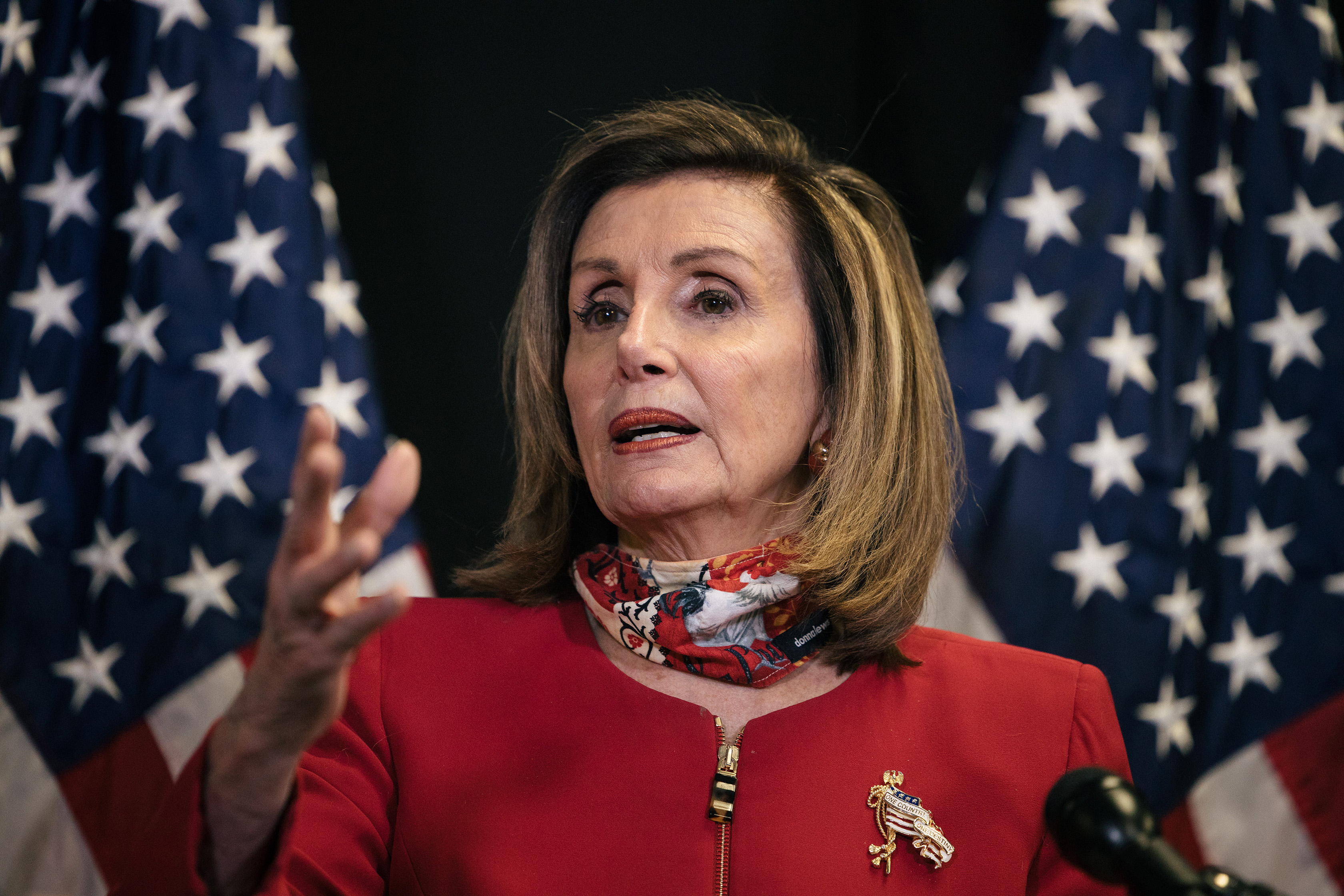 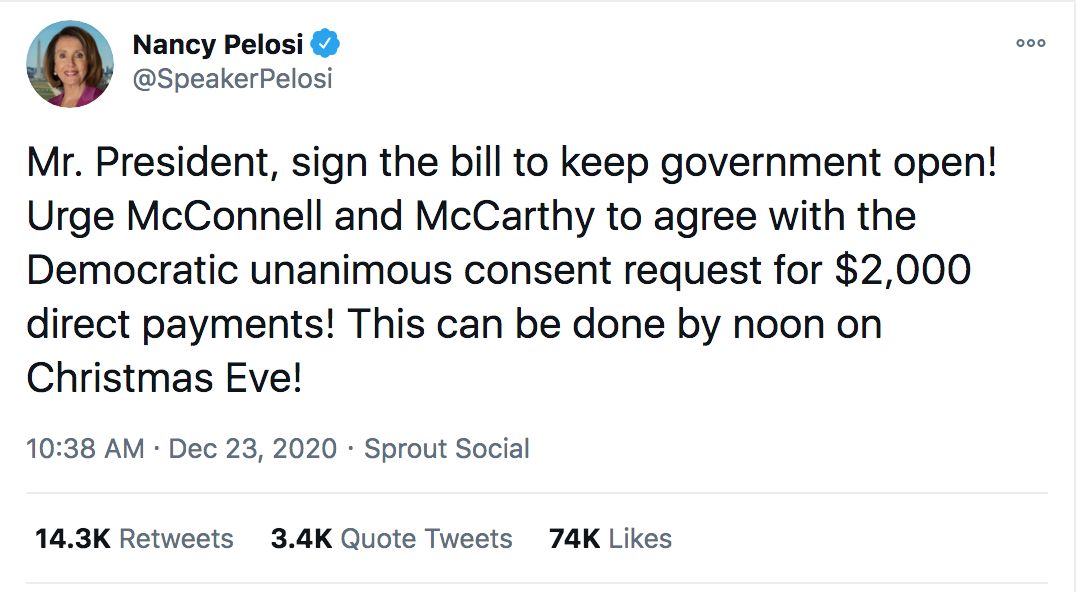 The hard-won agreement currently includes $600 checks for individuals – but Trump has said he wants a larger relief payment of $2,000 per person.

Pelosi tweeted "Mr. President, sign the bill to keep government open!" after saying Democrats were ready to bring the stimulus checks discussion to the floor by "unanimous consent."

"This can be done by noon on Christmas Eve!"

Trump hinted that he would veto the agreed stimulus relief bill in a blistering Twitter address on Tuesday, a day after it was agreed. 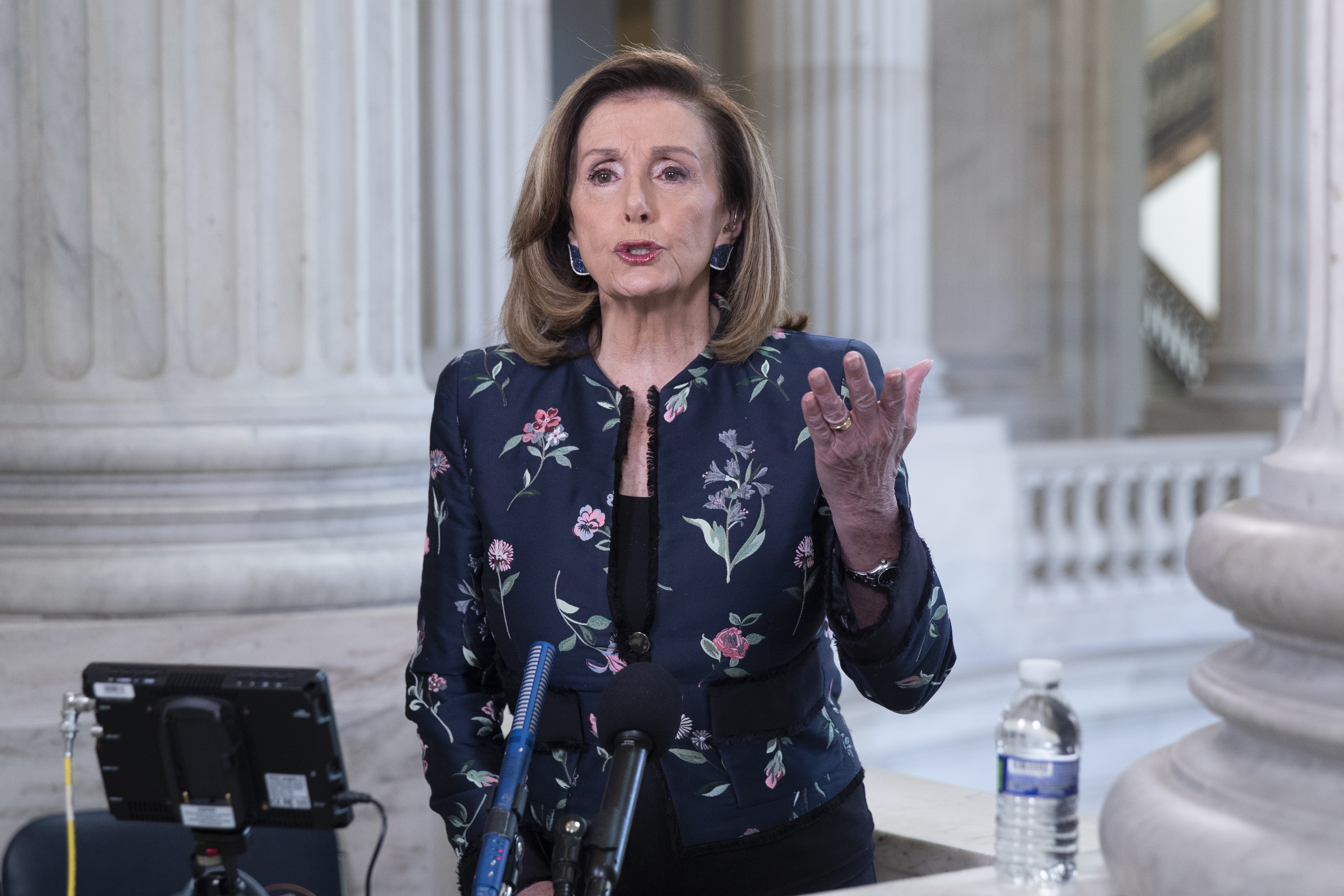 The president complained that the current deal announced by McConnell on Sunday was a "disgrace," complaining that it had "taken forever."

Pelosi appeared to call Trump's bluff, saying "let’s do it!" after months of talks with Treasury Secretary Steve Mnuchin and Republican Party members calling for a smaller package.

If Trump successfully upped the individual payment to $2,000 for individuals and kept the $600 for child dependents, a family of four could pocket over $5,000.

This would delay sending out the coronavirus payments if the bill isn't signed today however, after Trump reportedly planned to issue his signature "imminently."

GOP senators would also have to pass the House measure after previously rejecting a proposal for a $1,200 check for hard-hit Americans.

House Dems will pass this unanimous consent procedure on Christmas Eve, which will approve the $2,000 checks automatically unless a representative objects to the measure. 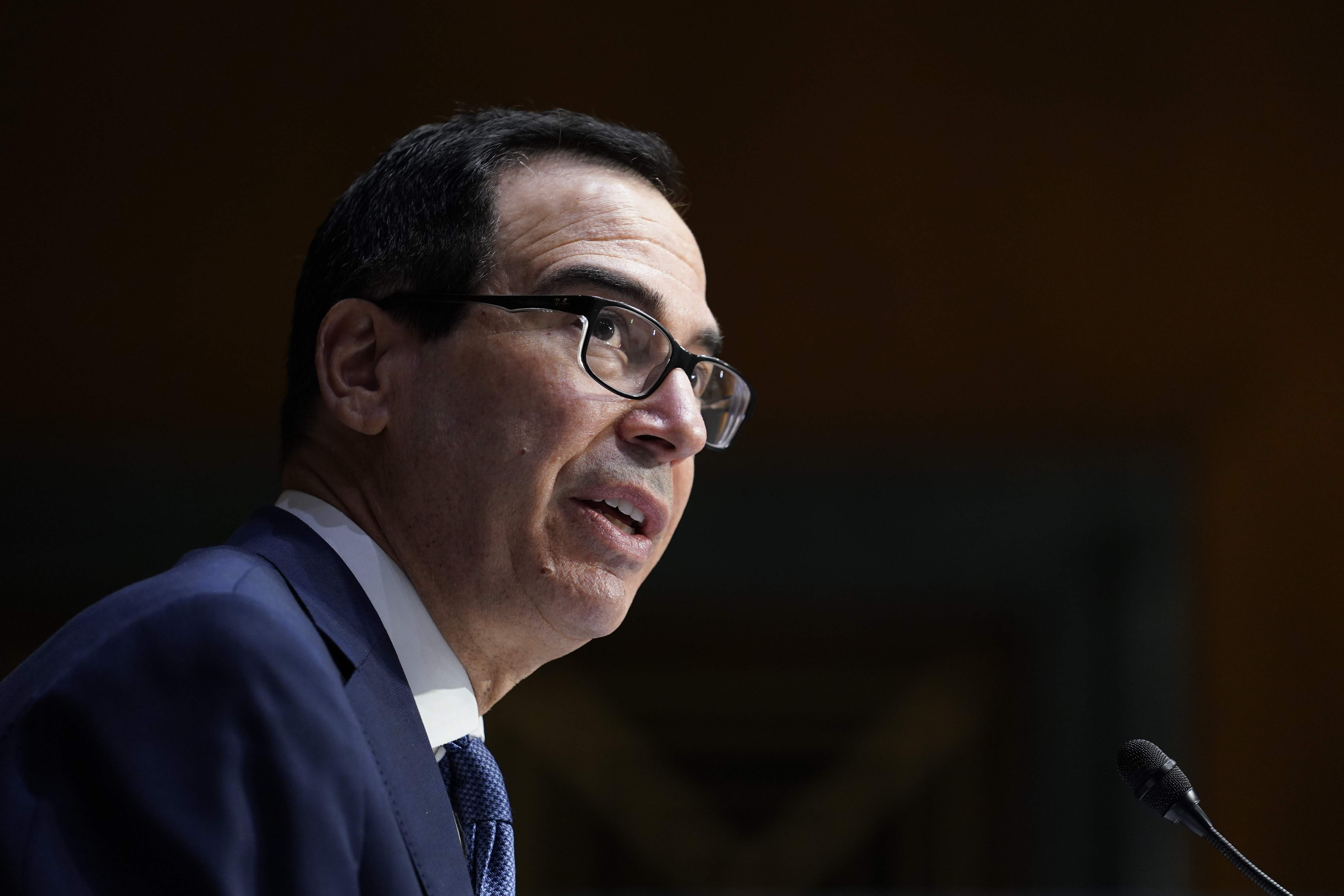 The bill was passed by 359-53 in the House and 91-7 in the Senate, exceeding he two-thirds needed to override a veto if Trump chooses to do that – but time is the issue.

Trump could wield a rare procedural weapon called a "pocket veto" to keep the bill from becoming law without affording lawmakers the opportunity to override his veto, given it passed in both chambers with large majorities.

This would involve the president keeping the legislation in his "pocket" and refusing to sign it as the end of a Congressional adjournment looms.

Lawmakers passed the relief package late on Monday night as it nears the end of its term.

A president has ten days – excluding Sundays – to either sign or veto a bill according to Under Article I, Section 7 of the Constitution. 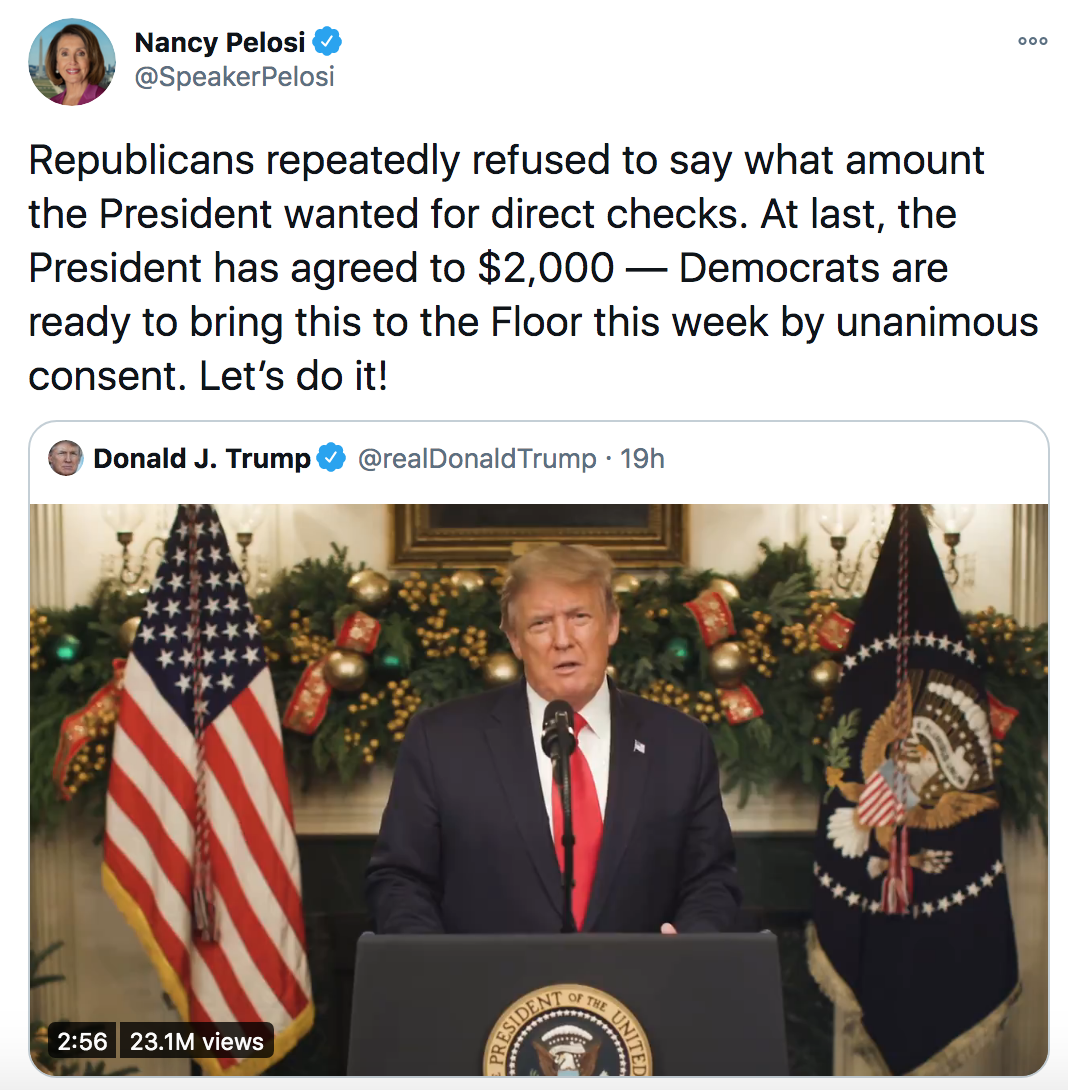 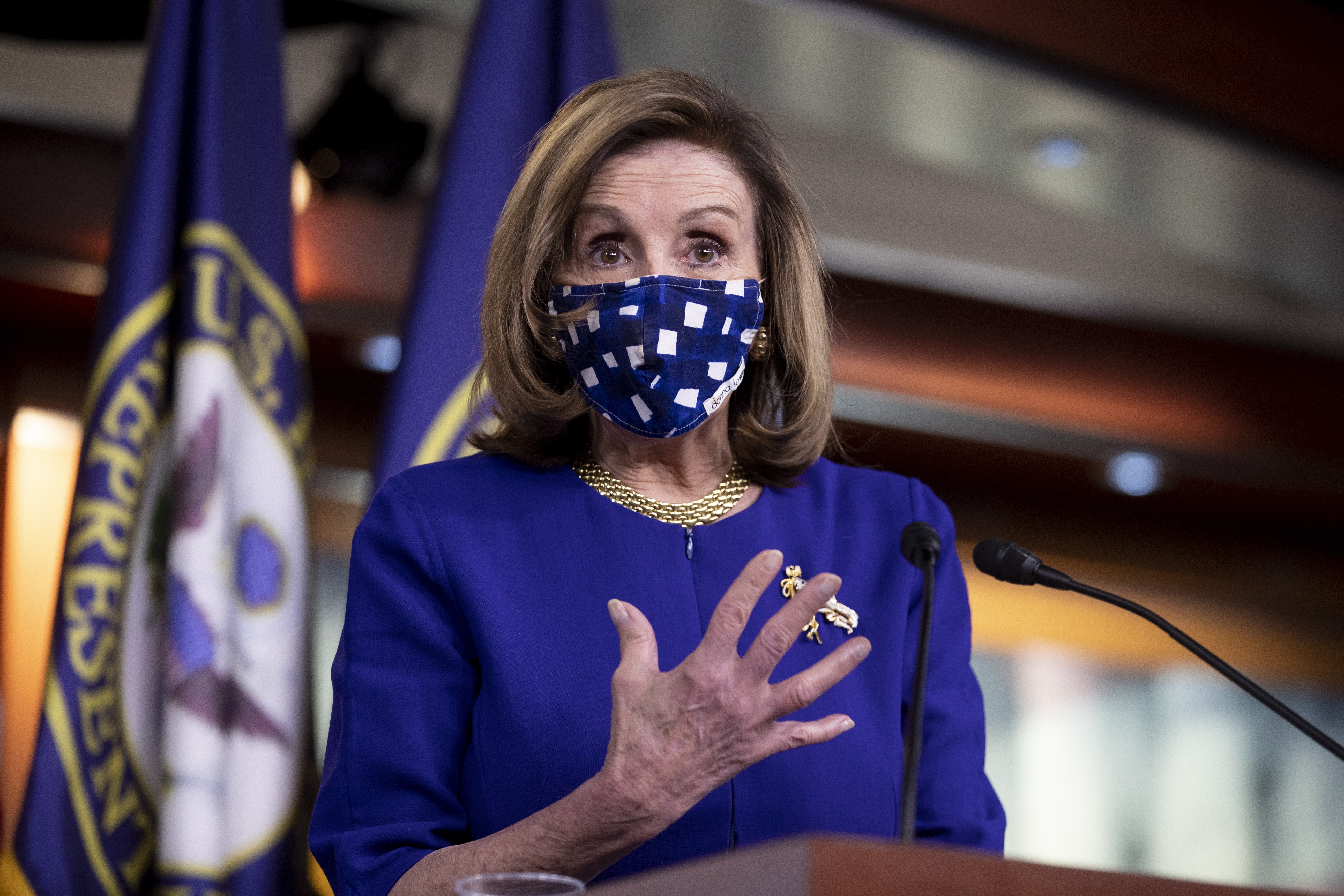 Any legislation that isn't law by then is considered dead and has to be raised again during the 117th Congress  – so Trump could let the congressional clock run out of time.

The White House still has yet to receive the bulky 5,593-page legislation because the "enrollment" process of going through Congress is still underway before it reaches the president's desk.

Congress has to get the bill to Trump by December 23 to avoid a pocket veto and they can't amend the legislation – unless they want to start over.

This would involve drafting an entirely new legislative package that would need to be passed by both chambers of Congress before Trump would see it.

Because this legislation also contains government funding, if it isn't law by December 28 there will be a shutdown. 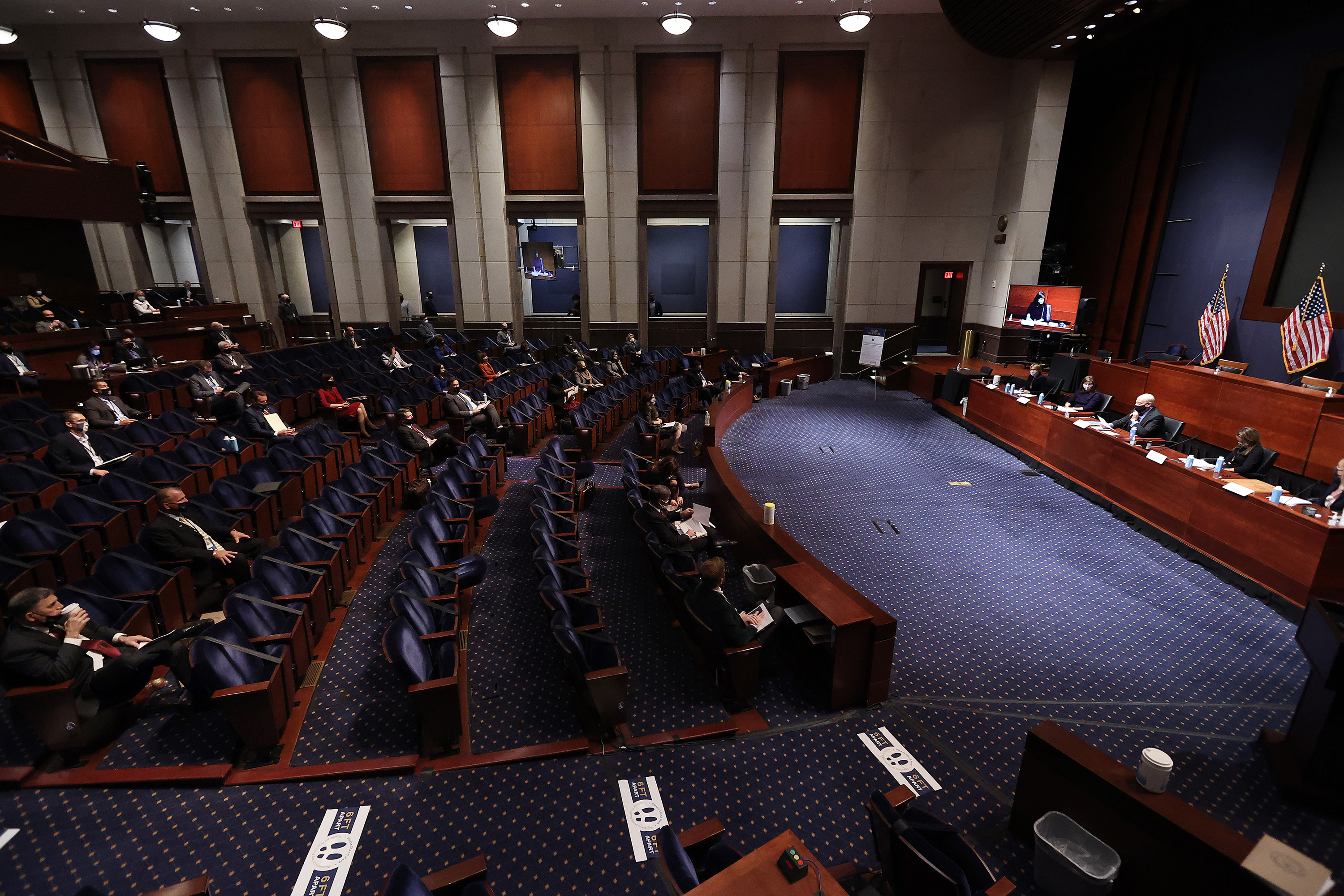 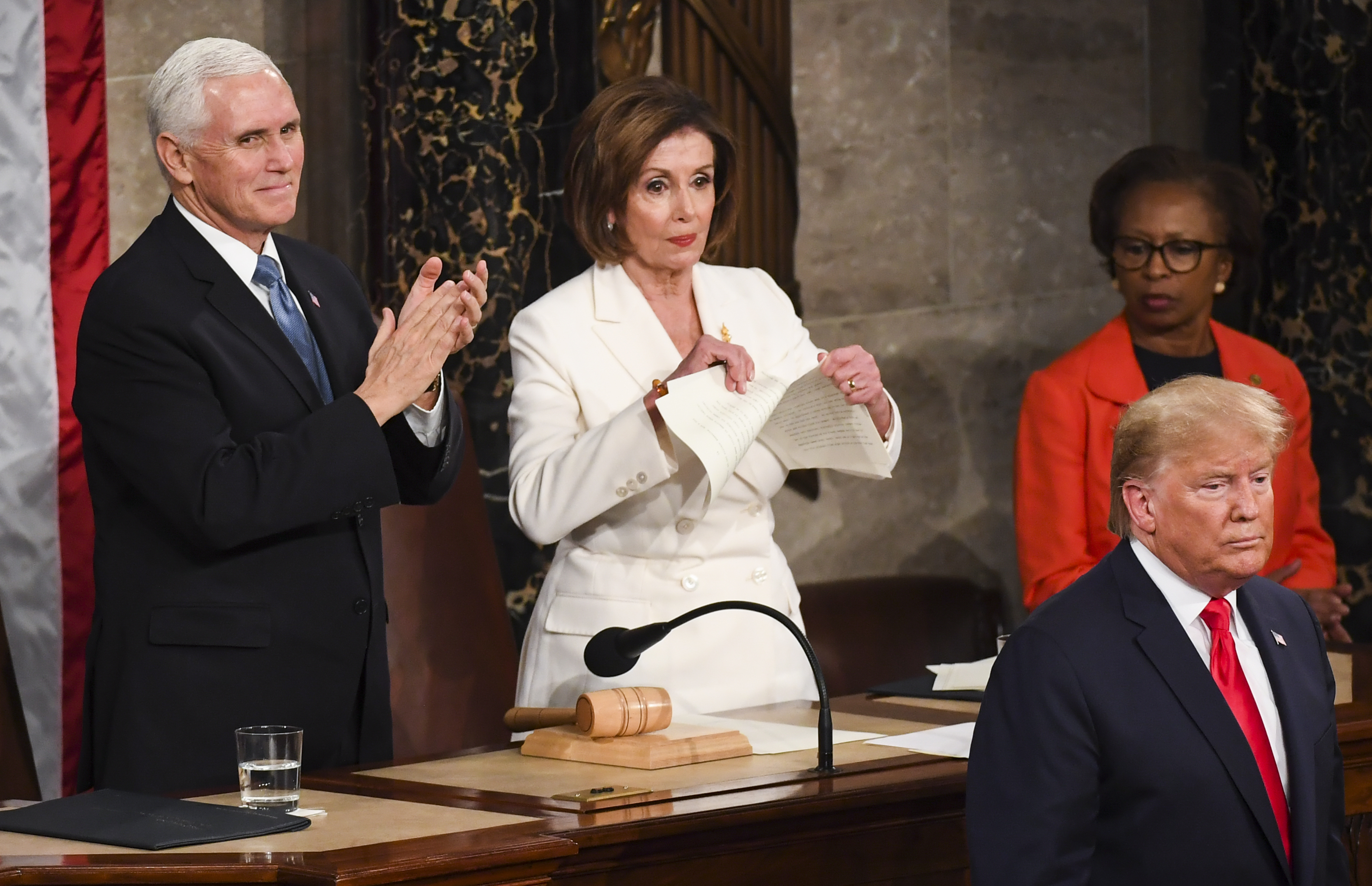 In his Twitter video, Trump criticized the bill's "wasteful spending – and much more" and said it left "hardworking taxpayers with only $600 each in relief payments."

He said this amount was "ridiculously low" and that "not enough money is given to small businesses and in particular restaurants whose owners have suffered so grievously" in the bill.

The president demanded that Congress strike the "wasteful and unnecessary items" from the bill and called on lawmakers to give individual Americans $2,000, which would give $4,000 to couples.

Pelosi issued a response and pointed out that "Republicans repeatedly refused to say what amount the President wanted for direct checks," noting that "at last, [Trump] has agreed to $2,000."

"Democrats are ready to bring this to the Floor this week by unanimous consent. Let’s do it!" she said.

The 5,593-page legislation – the longest bill ever – came together Sunday after months of of tense talks between the GOP and Dems.

Trump deemed the $1 billion for the Smithsonian, National Gallery of Art funding, the $25 million to manage the invasive non-native Asian carp, $566 million for FBI construction projects and others to be "wasteful" spending. 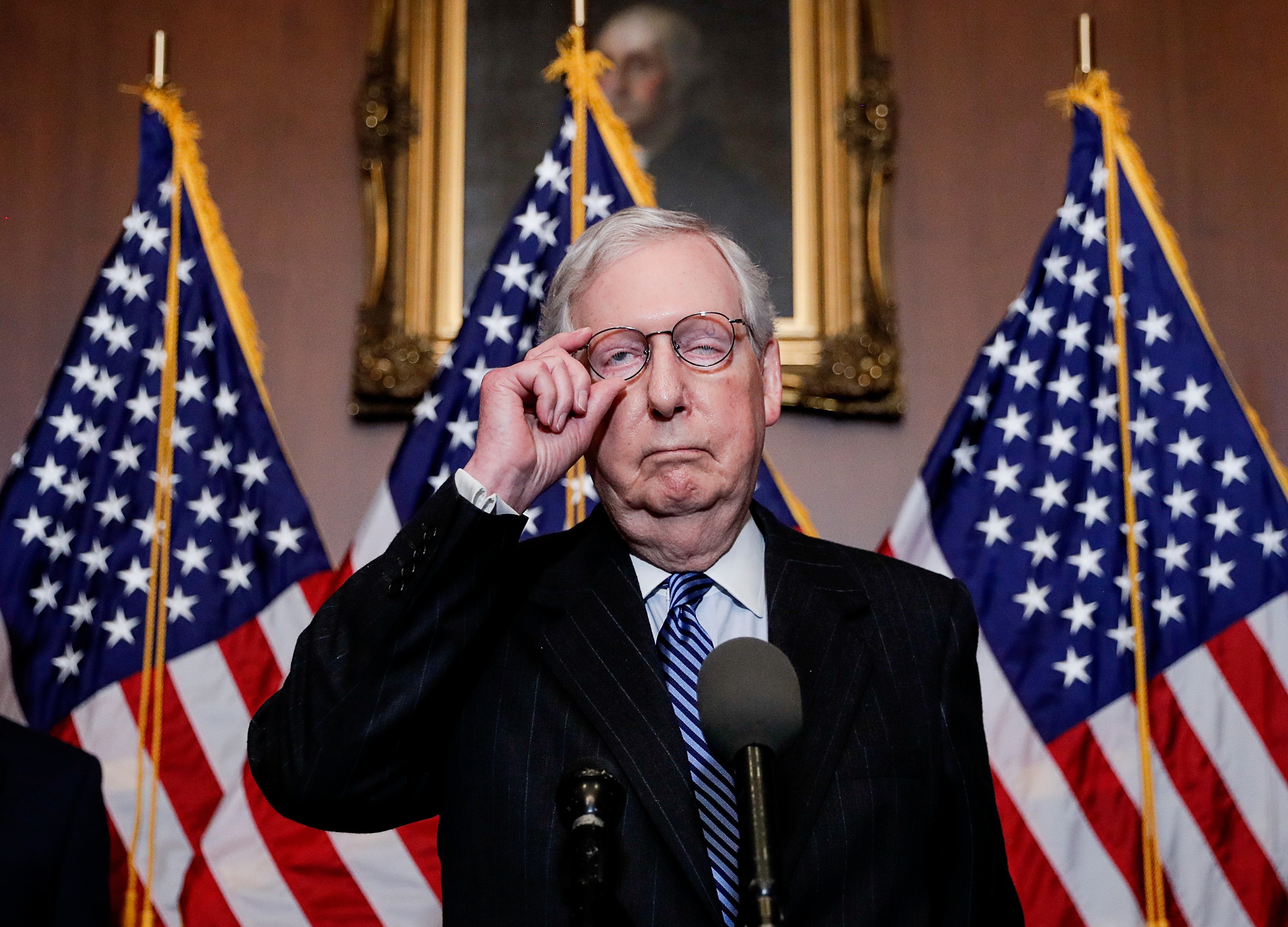 Tags: 000, 2', checks, stimulus, Trump’s
You may also like
Celebrities News