PRESIDENT Donald Trump has slammed the "bunch of thugs" who attacked guests at the White House RNC event – including Senator Rand Paul – and said Washington, DC's Democrat mayor "should be ashamed."

Trump criticized the Democrats and unruly protesters on Friday evening at a hanger at Pro Star Aviation on Kelly Avenue in Londonderry, New Hampshire. 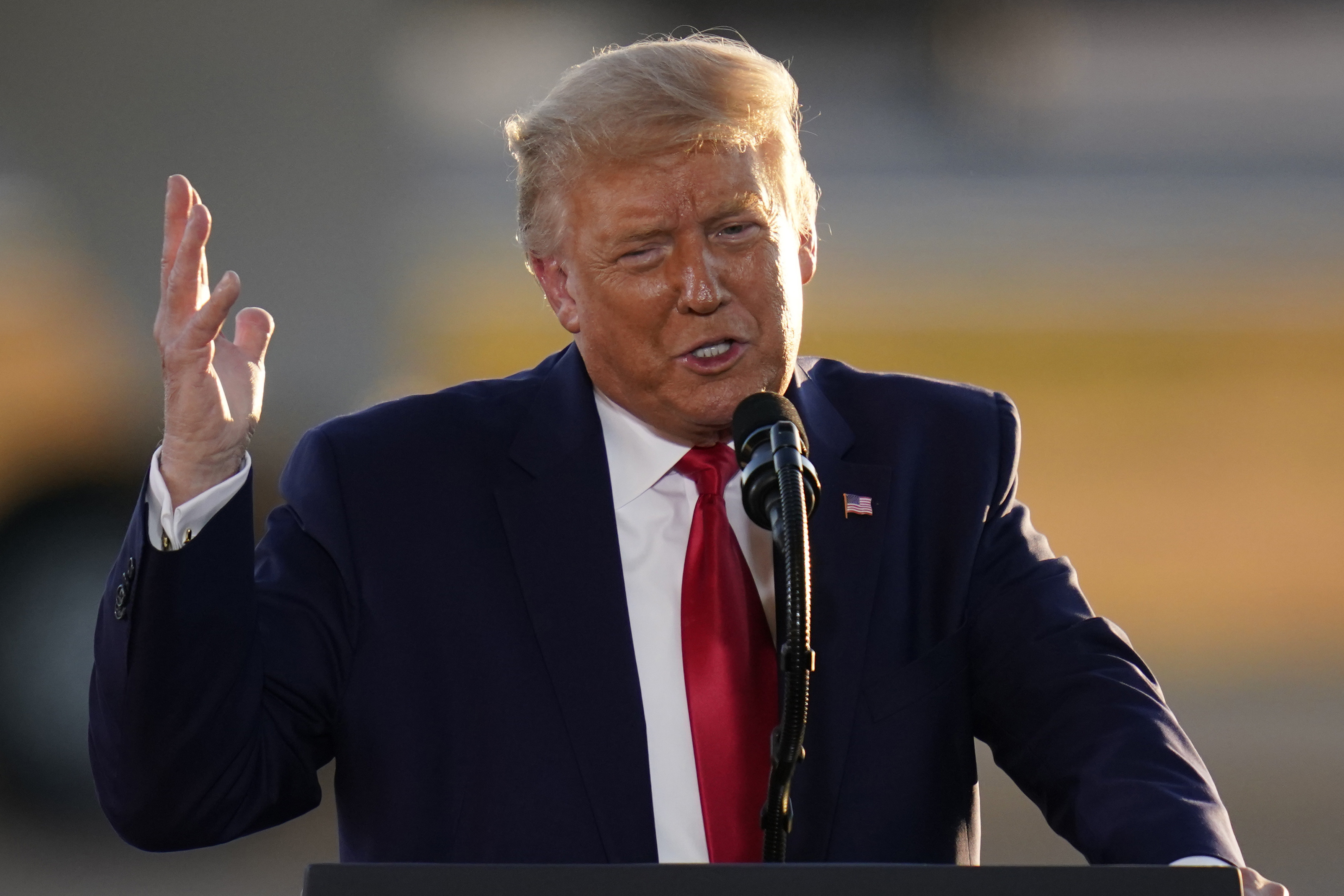 Trump's rally marked his first speech since he formally accepted the 2020 Republican nomination for president on Thursday.

During the rally, the president condemned the Democratic mayor of Washington, DC for not believing in law and order.

Her was referring to Rand Paul and his wife getting attacked outside the White House by a "crazed mob" of more than 100 Black Lives Matter demonstrators.

The frightening incident took place after the Republican National Convention on Thursday.

"These incredible people last night walked out to a bunch of thugs," Trump said at the rally.

"They weren't friendly protesters, they were thugs."

Rand and his wife had to be rescued by cops who Republican Senator credited with saving their lives as they left Trump's acceptance speech on the White House lawn.

Trump added: "And Rand Paul was in big trouble last night, he's a good guy… he's a friend of mine.And that shouldn't happen to anybody!"

The president later described "friendly protesters" as anarchists, agitators, rioters, and looters who are just "looking for trouble."

He said: "They are coming after me because I am fighting for you.

"Today's Democratic party is filled with hate. Just look at Joe Biden's supporters in the street screaming and shouting at bystanders with unhinged manic rage."

Trump called it a shame that these people – the "friendly protesters" who are "just looking for trouble" – are representing America.

"Joe Biden is the puppet of the radical left movement that seeks to obliterate and destroy everything that you hold here," Trump added.

"No one will be safe in Biden's America. The guy doesn't even know he's alive."

As Trump took another jab at his opponent, he said: "I believe I have the honor of running against the worst candidate ever put up by the Democratic Party."

Prior to his arrival, fans in the audience were cheering "four more years."

The president arrived at the event on Air Force One approximately an hour after originally planned.

The rally was previously set to be held at a hangar at Manchester-Boston Regional Airport, but a decision was made Thursday to change the location.

Despite putting down the Dems, Trump also told his audience about how his approval rating has increased.

His speech comes as a CNBC/Change Research Poll found his ratings went to 48 percent in Arizona, Florida, Michigan, North Carolina, Pennsylvania, and Wisconsin.

Tags: 'bunch, of, slams, thu, Trump
You may also like
Celebrities News