A TRUMP fan was seen tearing up photos of Nancy Pelosi at a Florida rally, in an echo of the Speaker of the House ripping up president's speech months ago.

On Thursday, a woman standing behind Trump during his Tampa, Florida rally was seen seemingly mocking Pelosi and other Democrats. 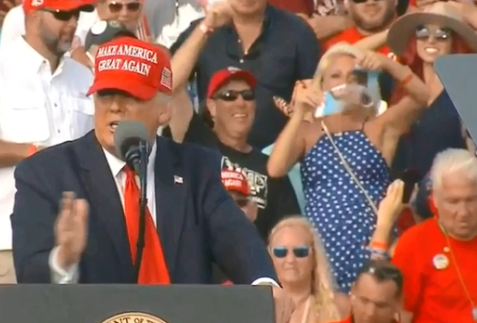 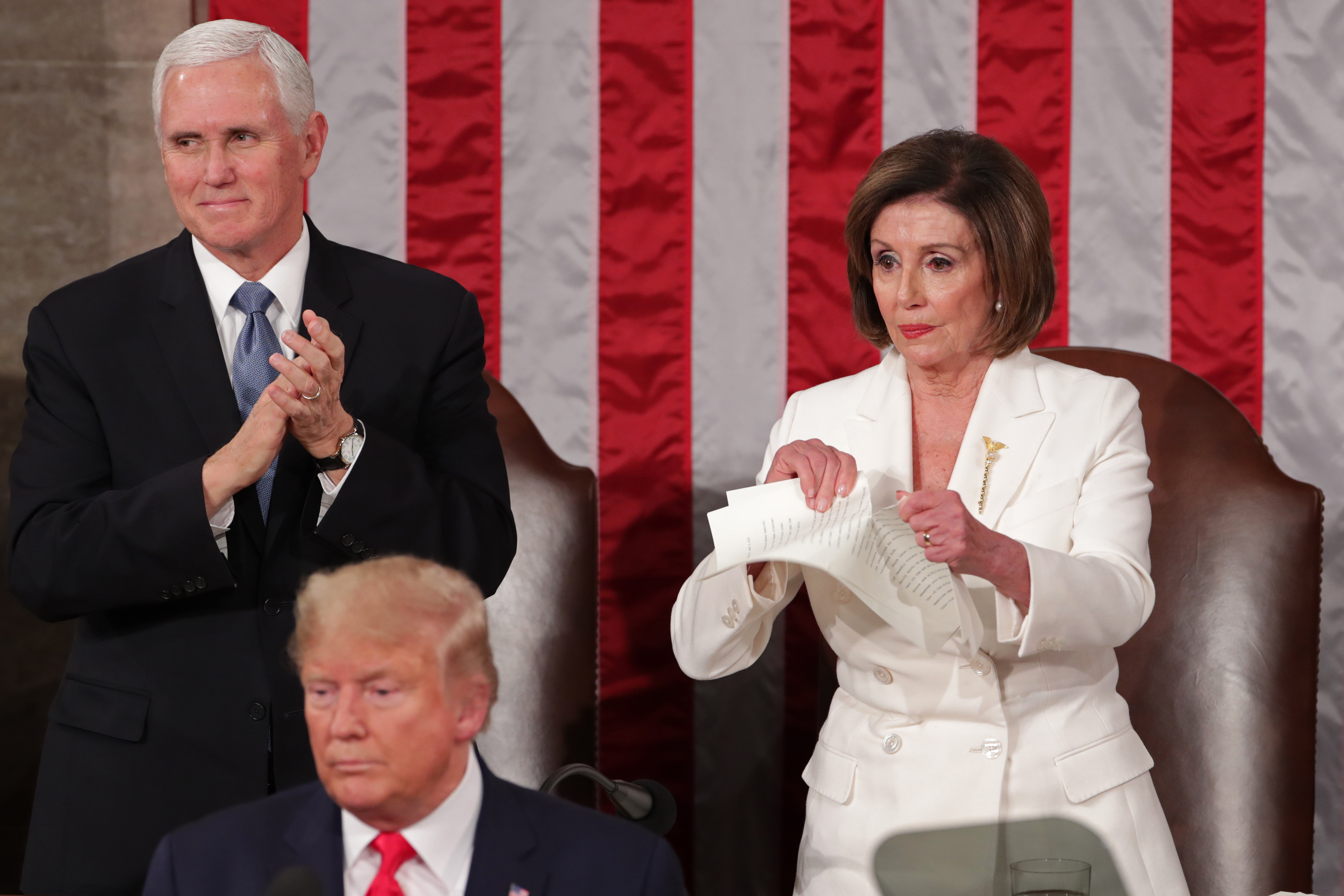 Video showed the woman, who has blonde hair and wore a blue polka dot dress, proudly displayed a picture of the House speaker as Trump spoke.

She then ripped the picture, tearing Pelosi's face in half.

The woman then held up a picture of Senate Minority Leader Chuck Schumer, and tore that in half.

Next, the woman held up a picture of California Rep Adam Schiff, and ripped it into two pieces.

After tearing up the pictures of the three Democratic members of Congress, the woman held up a sign that read: "Tampa Loves Melania" in reference to the first lady.

In February, Pelosi had torn up a copy of Trump's speech during his State of the Union address. 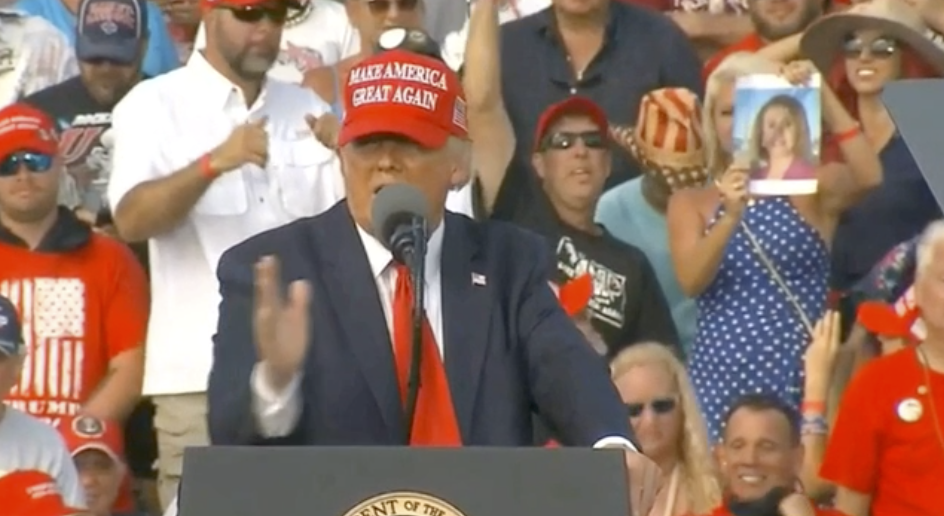 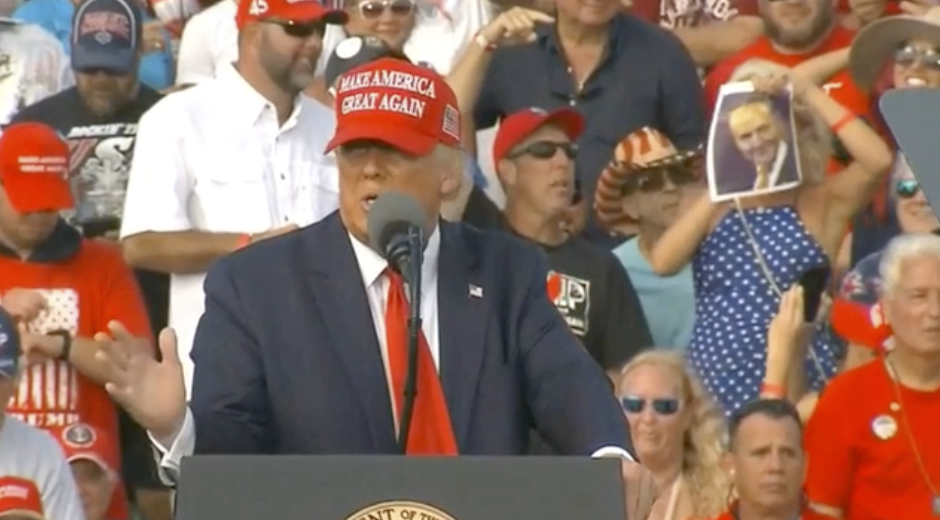 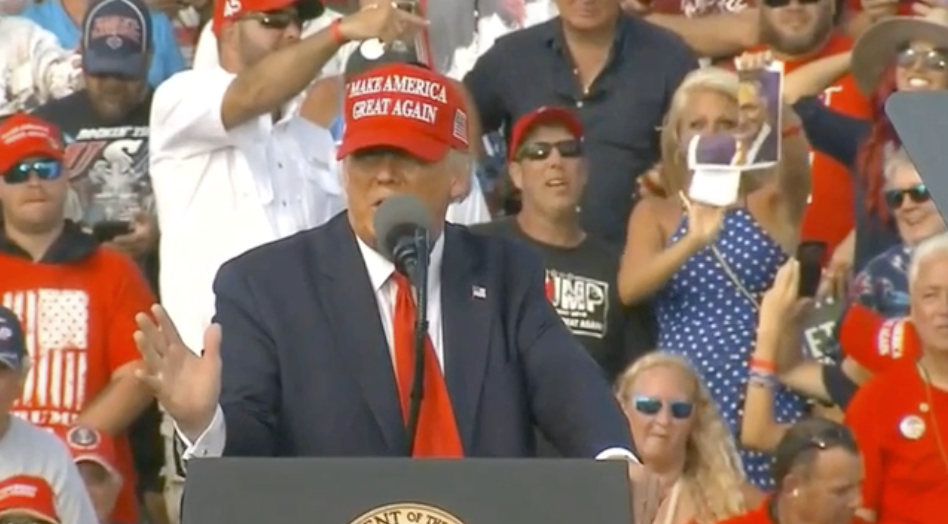 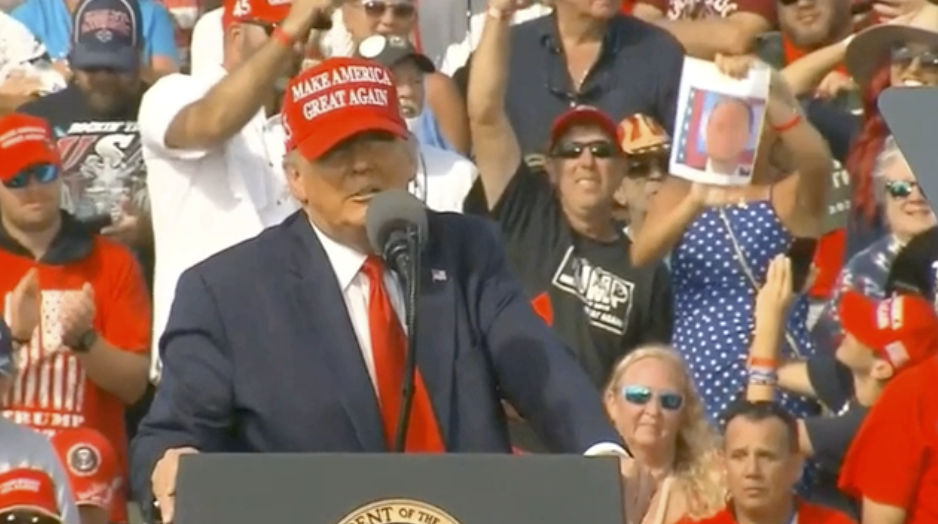 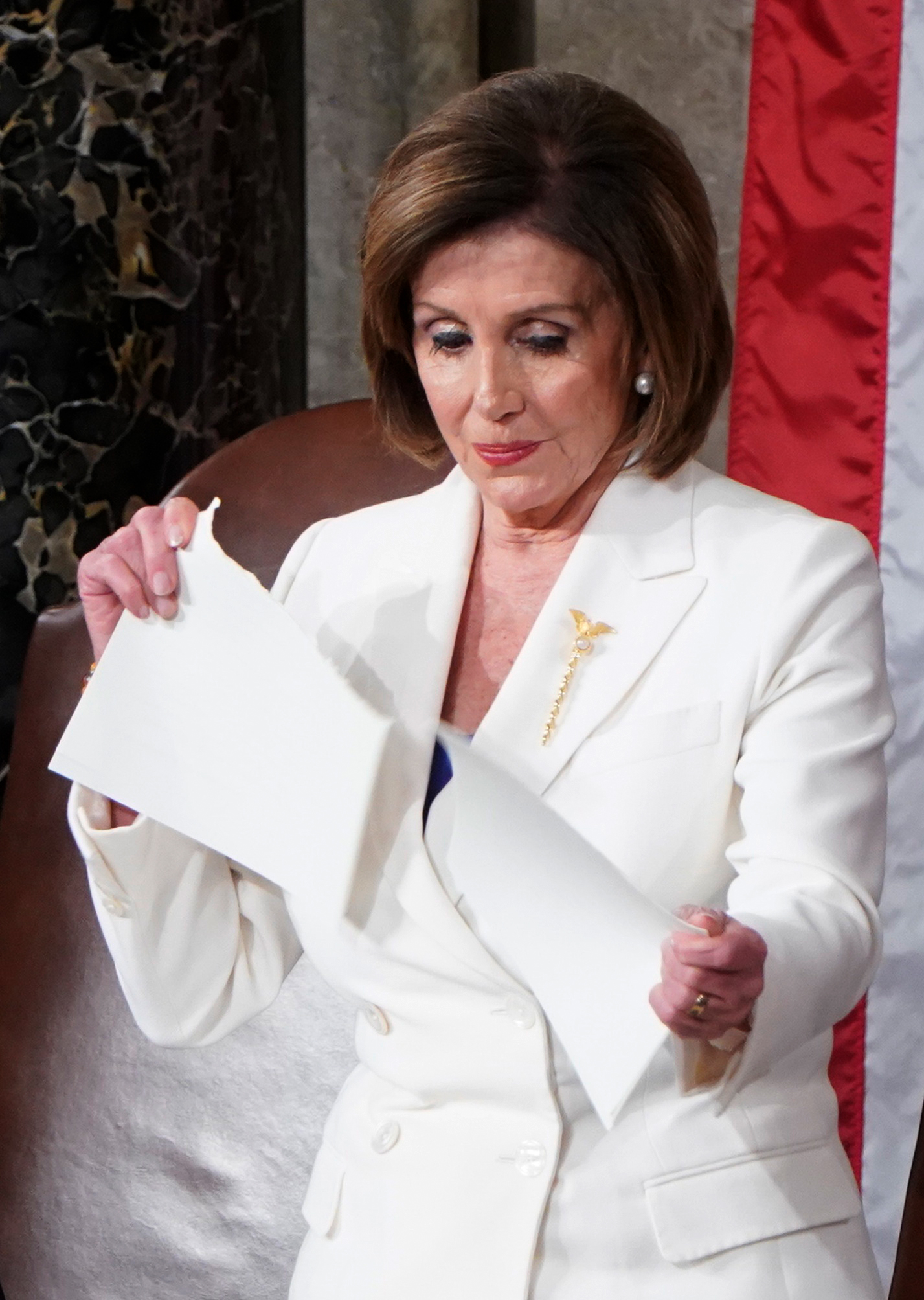 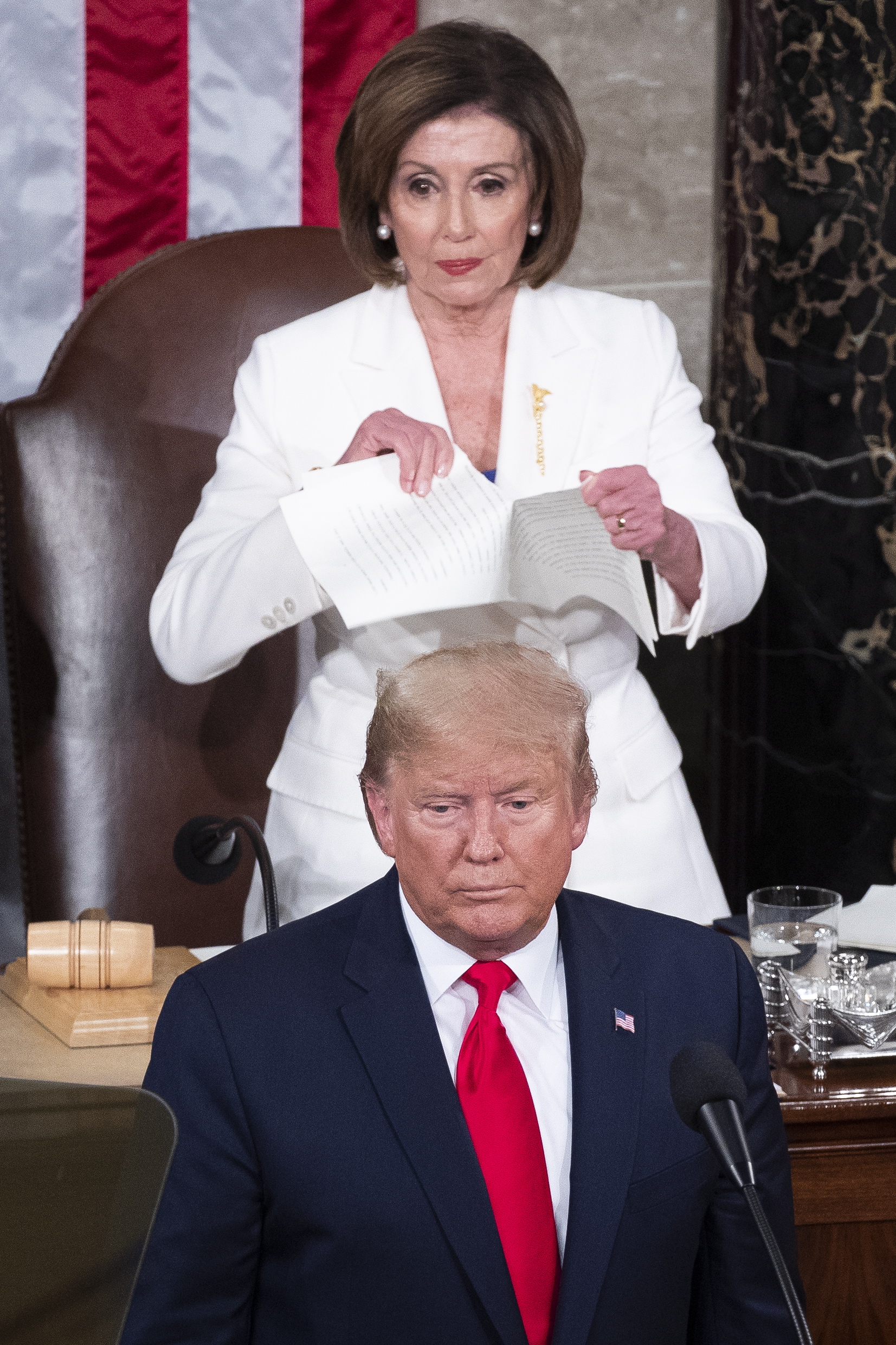 Pelosi's move caused a dramatic scene as the president was applauded by Republican lawmakers.

She tore the papers as Trump introduced Rush Limbaugh to award him with the Presidential Medal of Freedom.

Pelosi then set her papers down and continued to listen to Trump.

Following her ripping up the president's speech, she explained her move to reporters. 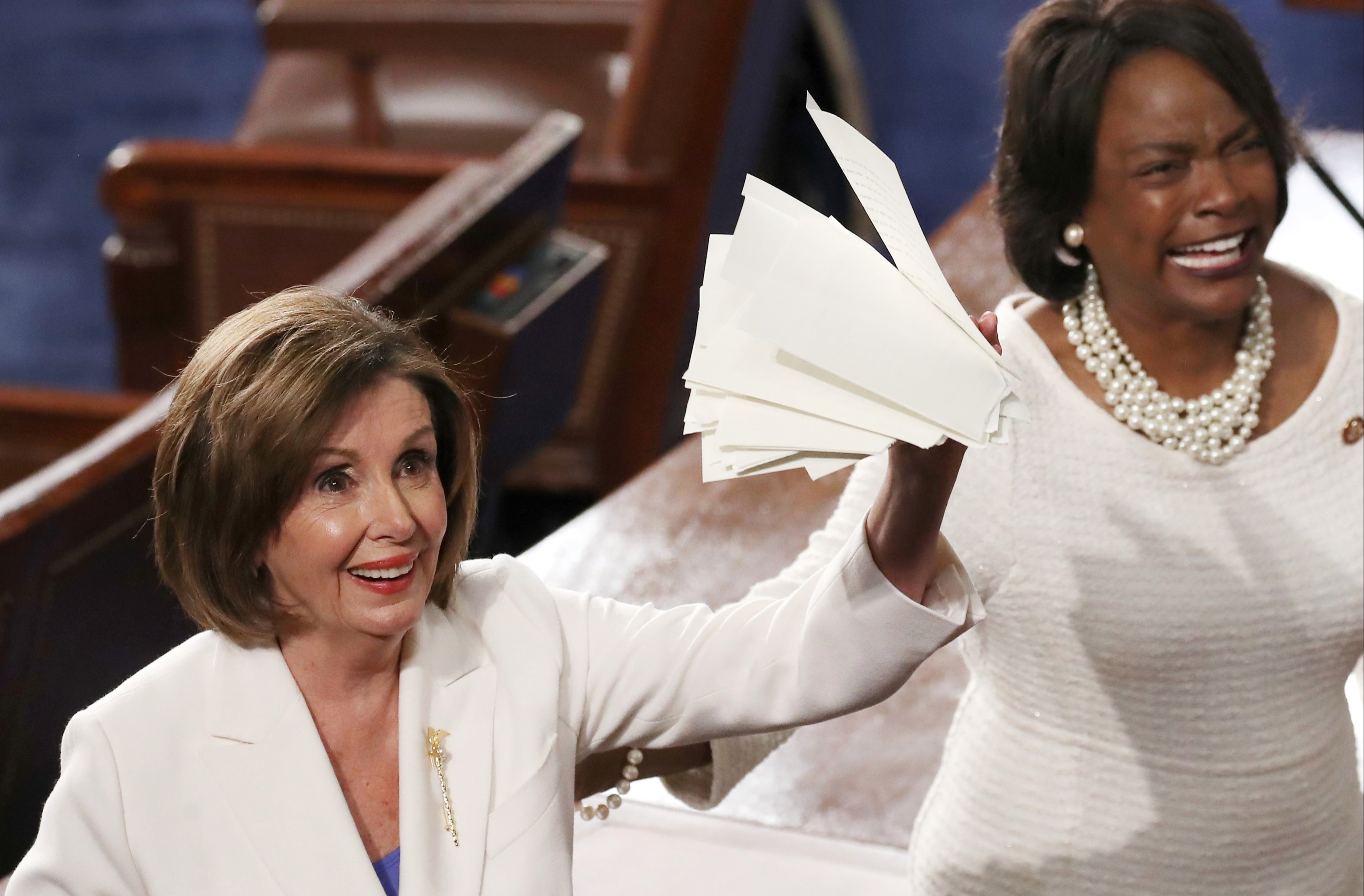 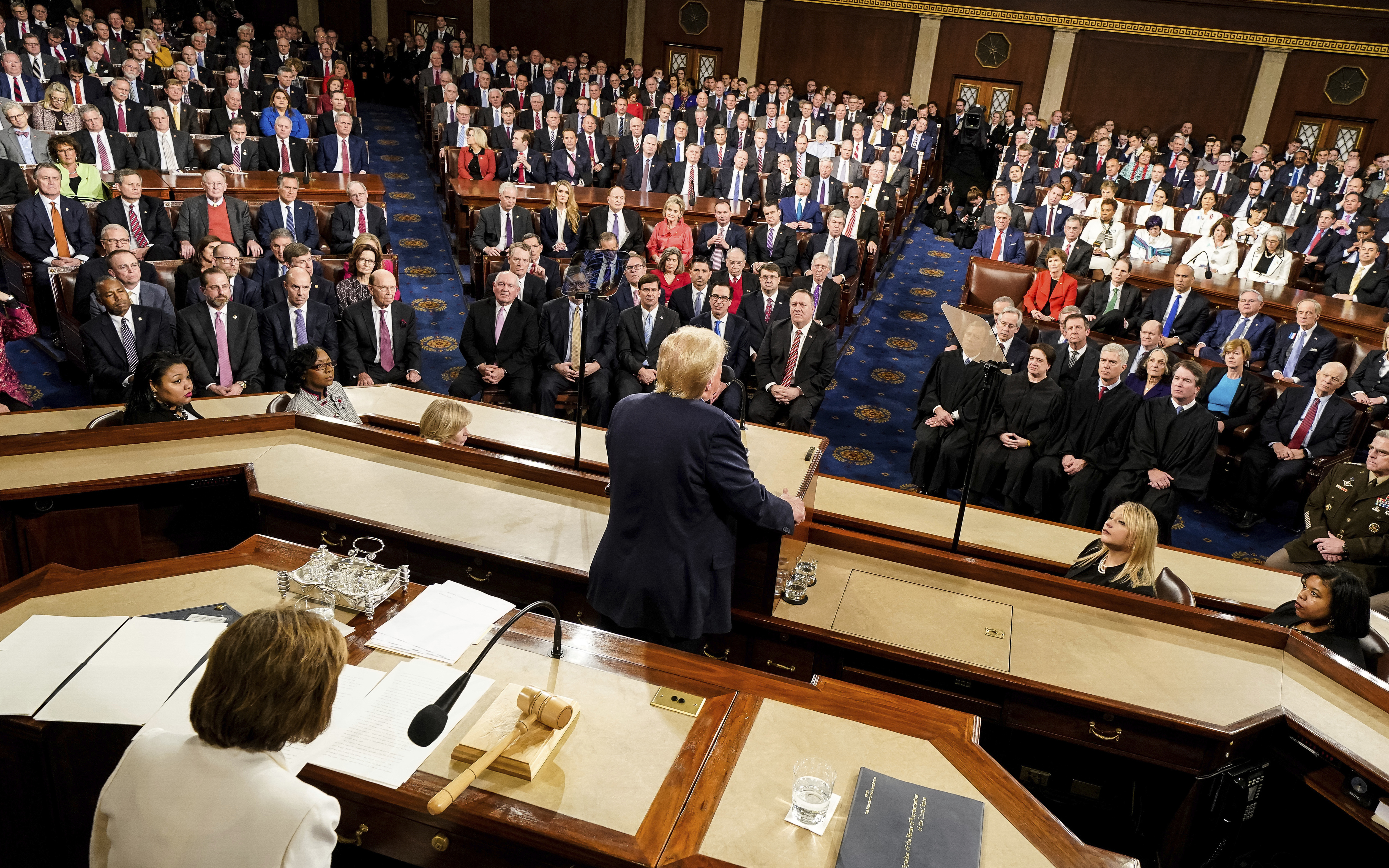 “It was the courteous thing to do considering the alternatives," Pelosi said.

"I tore it up. I was trying to find one page with truth on it. I couldn't."

Pelosi and Trump have often been critical of one another, with each blaming one another for holding up another stimulus package from being passed.

Tags: fan, n, of, Photos, tears, Trump, up
You may also like
Celebrities News