A SKELETON unearthed near Milan Cathedral is an example of one of the most horrific execution methods in history.

The remains of the medieval young man show he was shattered to death on a wheel of torture, which was once used to punish criminals. 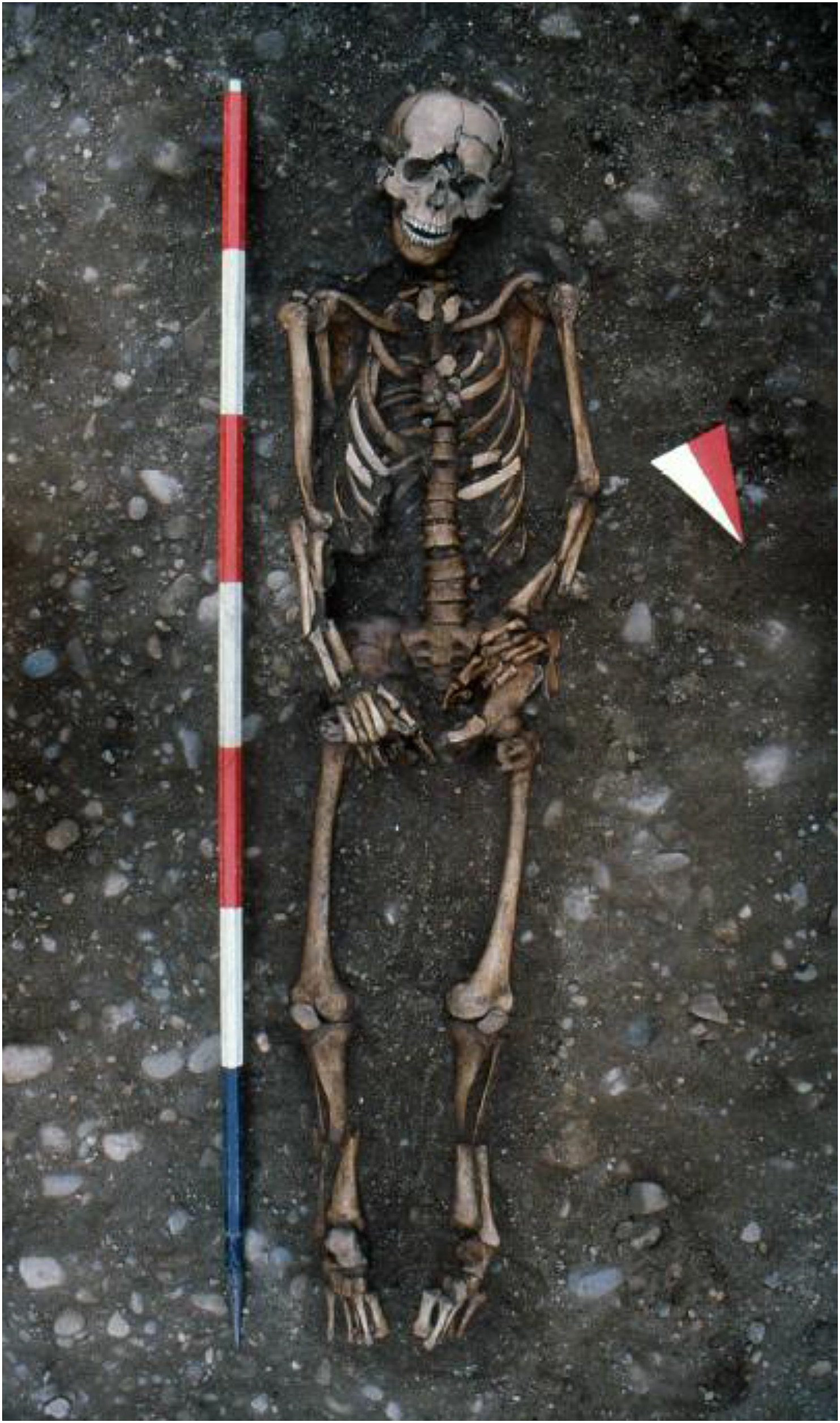 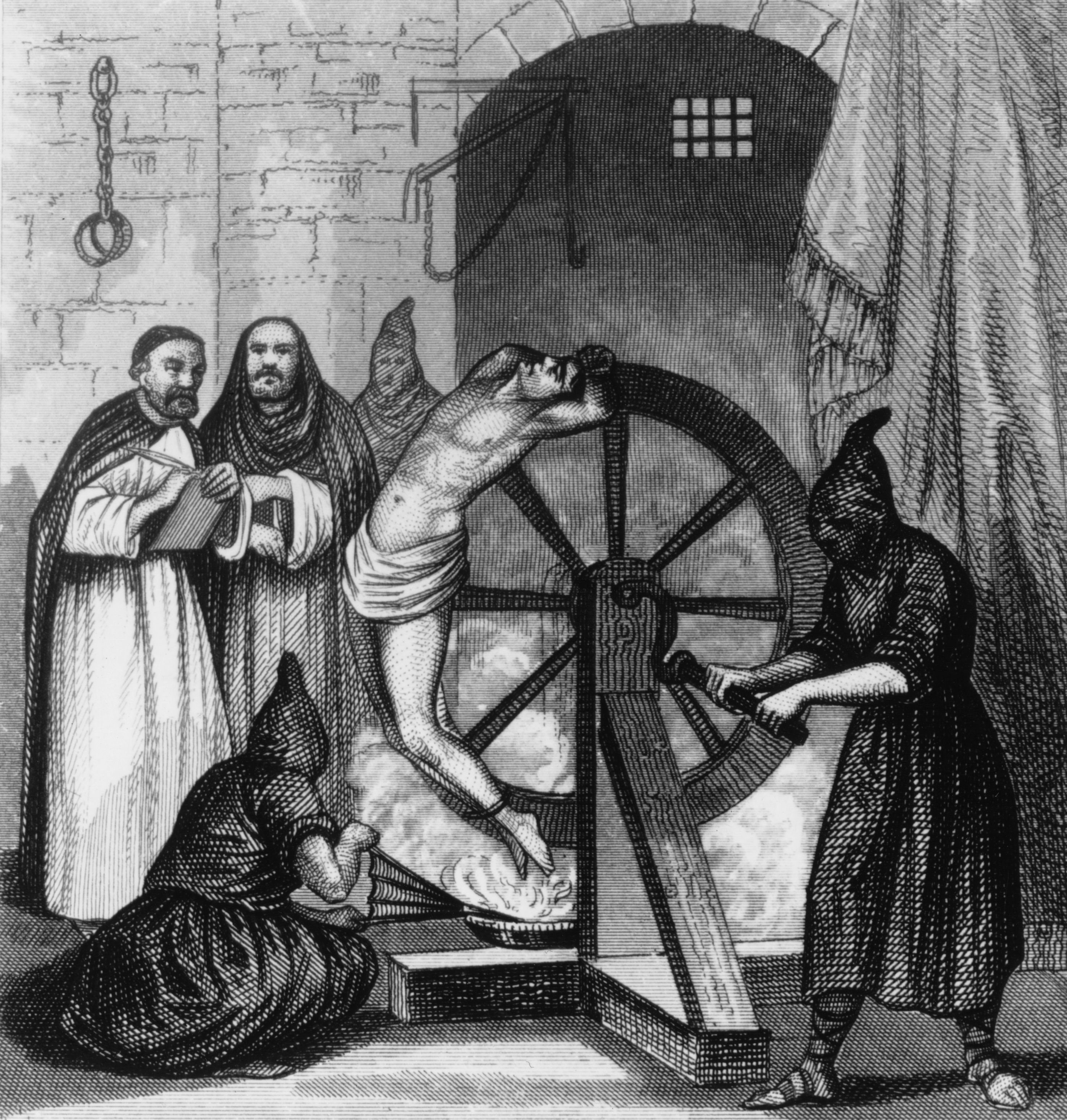 Death by torture is thought to have been common in medieval Italy and skilled executioners used lots of different methods and devices to inflict agonising pain.

However, the researchers who found the skeleton in question published an article in the Journal of Archaeological Science detailing how it could be one of the most horrific cases of torture ever found.

Archaeologists think the victim was a short man aged between 17 and 20.

He would have had bucked teeth and facial disfigurations that could have led to him being tortured for looking different.

The torture wheel method saw people attached to a wooden wheel and then dropped so they broke bones.

The number of times a wheel was dropped was often decided by a court and sometimes a victim would be dropped onto sharp objects.

A victim would have their broken limbs threaded through the wheel spokes so the torture could continue.

Some wheels were also pushed down hills or rotated over fire.

Torturers would use blades, whips and other weapons on the helpless person on the wheel before displaying their body in a public place so others were warned not to commit similar crimes.

Some victims would survive for days before dying but the lucky ones died immediately.

Even luckier people broke the wheel or fell from the torture device.

This was sometimes seen as an act of mercy from god and the victim could go free.

The young bucked tooth medieval man near Milan Cathedral was not so lucky.

What did the man do?

His remains were found with two buckle bindings, which are thought to be a telltale sign of the young man's demise.

Archaeologists discovered the 'torture victim' along with 56 other individuals dating from the Roman Empire to the 16th century.

These skeletons were found underneath San Ambrogio Square in Milan but the shattered medieval remains of a young man stood out because he had clearly suffered a more painful death.

Radio-chemical testing suggests he lived between 1290 and 1430AD.

It was initially thought that he had died in battle but the skeletal wounds were so horrific and different to the other skeletons around him that it was clear something much more sinister had happened.

The long bones in his arms and legs and been shattered in a precise way, he had a stab wound in his back and there is evidence to suggest a bungled beheading attempt occurred before the final punishment of the wheel.

The buckles found next to the skeleton are the key linking factor to the wheel of death theory.

It is thought that the buckles bound broken body parts together or bound a shroud onto the victim.

There are few archaeological examples of this torture method, likely because it was reserved for people who committed the worst kind of crimes like spreading the Black Death.

However, the researchers think that this man could have been killed merely for looking different to the rest of society as he had bucked teeth and was 4.3 inches shorter than the average height for his age.

They argued that, in a materialistic society, this person may have sparked mass-hysteria and may have been blamed for problems by an angry crowd.

If this is true then the remains could represent a tragic historic discrimination event.

Previous research has suggested that people in medieval Italy would often treat people with disfigurements cruelly.

The researchers wrote: "This case describes for the first time the remains of a victim of the wheel and underlines the importance of archaeology and anthropology in reconstructing cases of violation of human rights in the past." 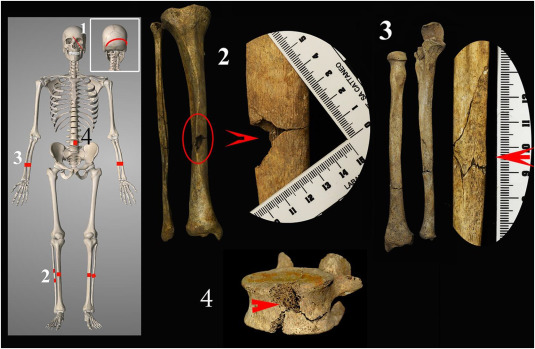 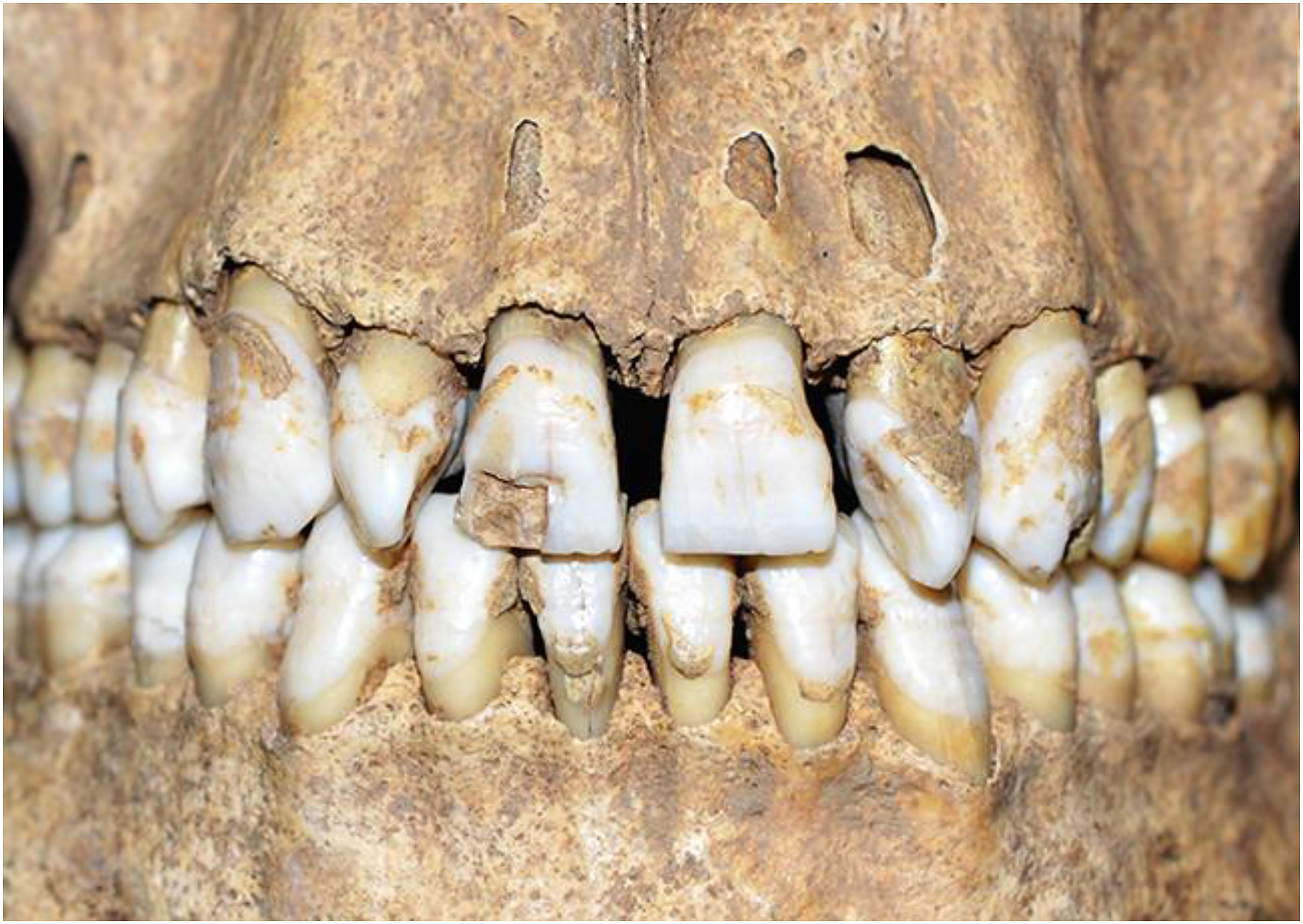 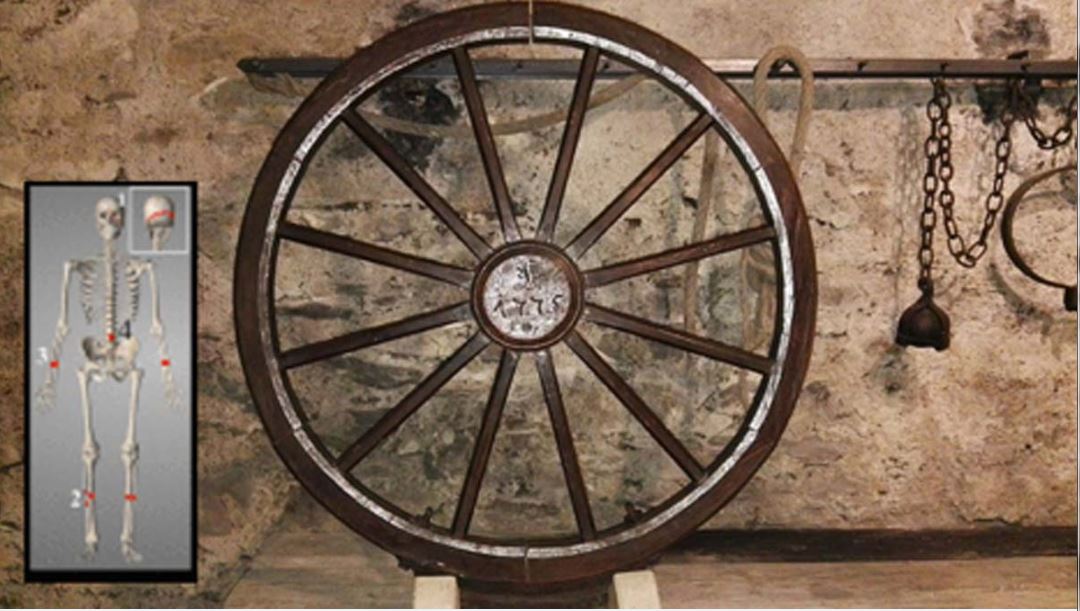 Find out more about science

Want to know more about the weird and wonderful world of science? From the Moon to the human body, we have you covered…

In other news, remains of a Nazi 'terror rocket' have been discovered in Kent, England.

Ancient evidence of a catastrophic 'cosmic airburst' is being linked to the Biblical story of the destruction of Sodom in a new study.

And, the tomb of an ancient Egyptian king who lived around 4,500 years ago has been restored and opened to the public.