How Tom Hanks and Rita Wilson flew straight to the ‘coronavirus hotel’: A-listers check into luxury apartments days after a Chinese tourist from Wuhan tested positive for COVID-19

When Tom Hanks and Rita Wilson landed in Australia just over a month ago, the A-listers shacked up in the same building as one of the country’s first coronavirus cases.

Hanks and Wilson are believed to have been staying at the Gold Coast’s Oracle Apartments – which charges about $1,100 a night for the penthouse suite – before testing positive to the deadly illness themselves.

Queensland’s first reported case of COVID-19, a man from China, 44, was staying in at the Peppers Resort in the same building complex when he tested positive on January 28.

The man had only recently flown in from Wuhan, where the virus was first transmitted from animals to humans. 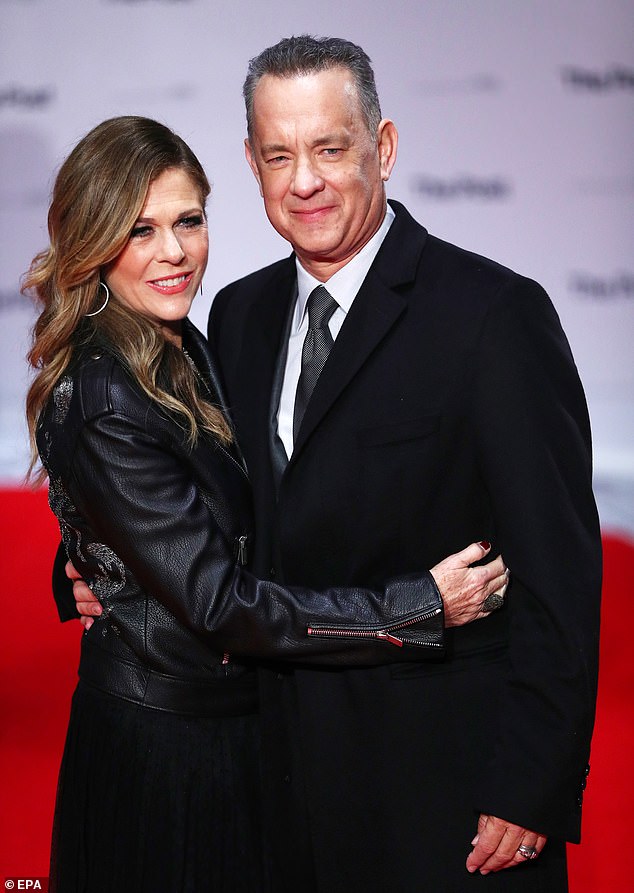 Coronavirus shock: Tom Hanks and his wife Rita Wilson have revealed they have both tested positive to COVID-19 – making them among the most high profile sufferers of the deadly virus 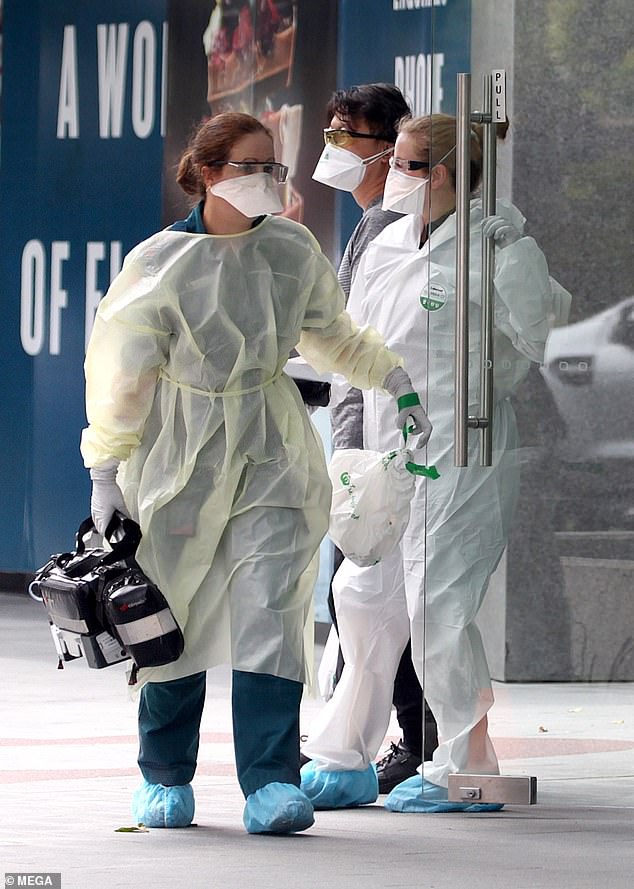 Health workers in hazmat suits swarmed the same resort on January 28. A 44-year-old Chinese man from Wuhan – the virus’s epicentre – had tested positive to the disease 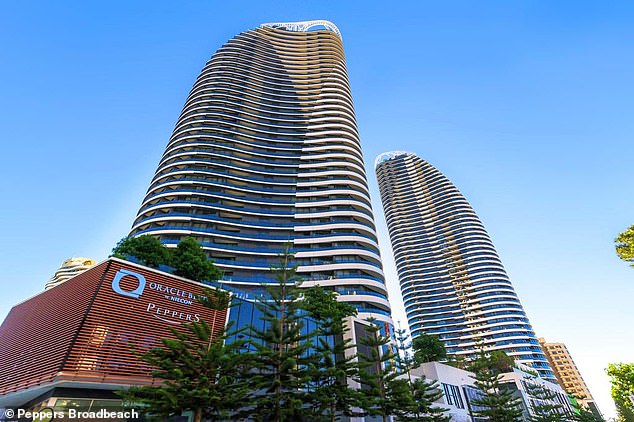 Hanks is rumoured to have been staying at the Oracle Apartments, where the penthouse suite costs about $1100 a night

Health workers clad in decontamination suits were photographed swarming the resort about 1.30pm that Tuesday.

A few days later, Hanks and Wilson are understood to have checked into the Oracle Apartments on the other side of the complex.

The suites have A-list cred, with Taylor Swift and her then-boyfriend Tom Hiddleston moving in during their visit to Australia in 2016.

Hanks is in Australia to shoot an Elvis Presley biopic, with the couple travelling south to Sydney for Wilson to perform a concert at the Sydney Opera House.

The two-time Oscar winner shocked the world on Thursday when he announced that the couple were both suffering coronavirus symptoms and were self-isolating.

‘Hello, folks. Rita and I are down here in Australia,’ he wrote.

‘We felt a bit tired, like we had colds, and some body aches. Rita had some chills that came and went. Slight fevers too.

‘To play things right, as is needed in the world right now, we were tested for the coronavirus, and were found to be positive. 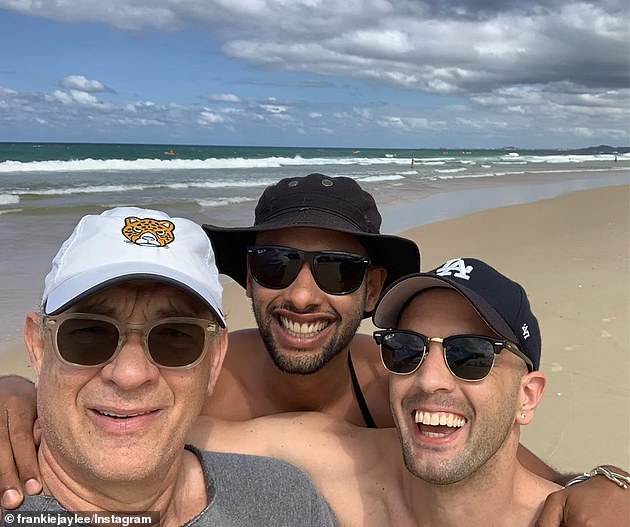 Latest snap: Last week Hanks posed for a selfie with two fans as he was walking in a beach in Australia. Australian officials said photo-posers should not be alarmed 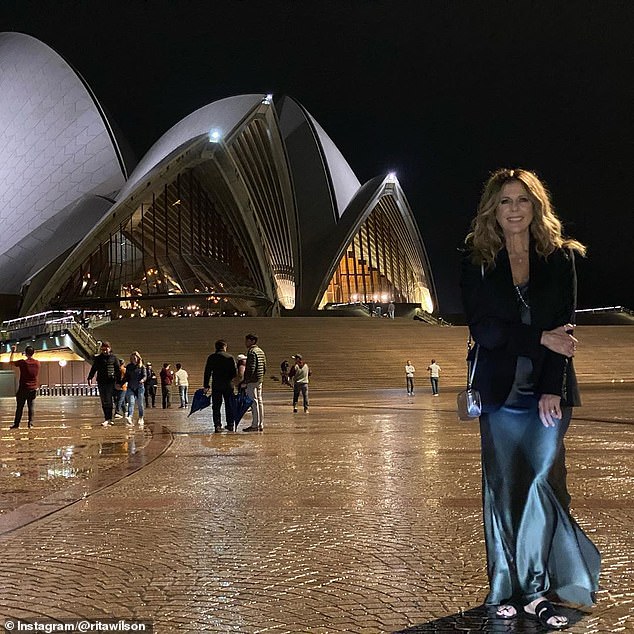 Travelling far: On Saturday, Wilson shared this photo after she performed at the iconic Sydney Opera House, in New South Wales – the state worst affected by the coronavirus 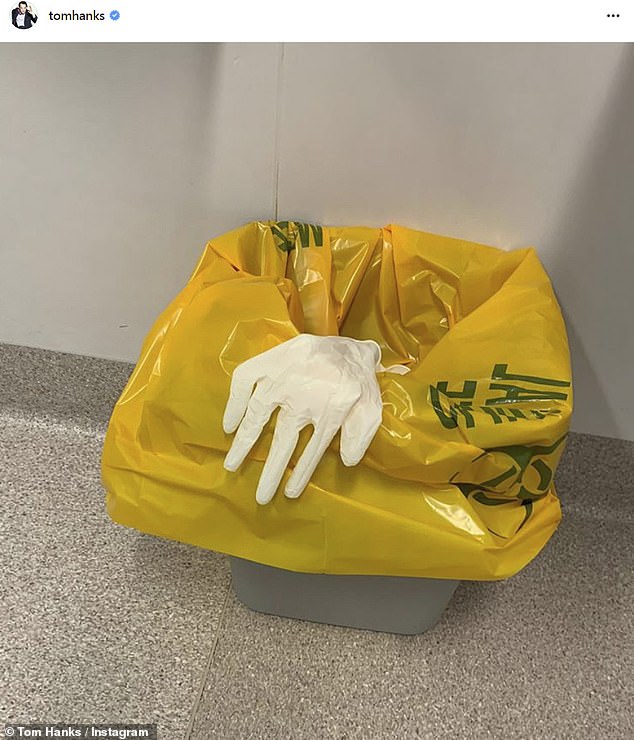 ‘Well, now. What to do next? The Medical Officials have protocols that must be followed.

‘We Hanks’ will be tested, observed, and isolated for as long as public health and safety requires. Not much more to it than a one-day-at-a-time approach, no?

Production of the film he is shooting with Australian director Baz Luhrmann has been shut down.

Crew were sent home home this morning although they were none the wiser that Hanks had contracted coronavirus.

‘I turned up to work this early morning and it was all chained up, and we were told to go home because there had been an outbreak of coronavirus,’ a crew member, who wanted to remain anonymous, told the Australian Associated Press.

‘I thought it would be funny if it was Tom Hanks because I rubbed shoulders with him in the catering area, and then found it was. I hope I haven’t got it.’ 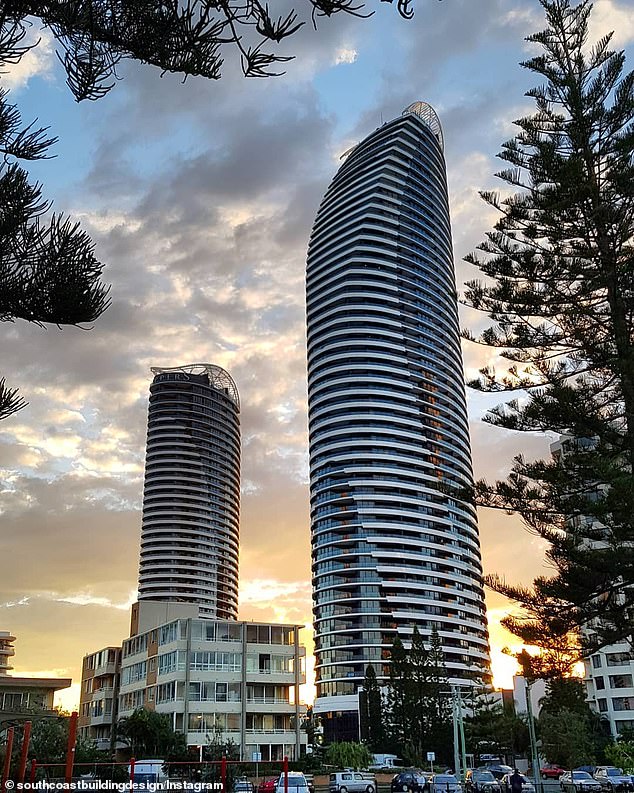 The luxurious 4.5 star hotel is a hot-spot for celebrities, and is understood to have hosted popstar Taylor Swift and, then boyfriend, Tom Hiddleston in 2016

Queensland Premier Annastacia Palaszczuk said people who had taken selfies with Hanks over the past few days should not panic about contracting the virus.

A person has to be in close contact with someone who has the virus for at least 15 minutes to be at risk. However, cast and crew on the film’s set were being examined by health officials.

‘They (Hanks and Wilson) will be getting the best treatment in our hospitals,’ Ms Palaszczuk said.

As of Thursday evening, 141 people in Australia had tested positive to the coronavirus, including 20 in Queensland.

77 of those affected are from New South Wales – the worst hit state – and 22 in Victoria.

Daily Mail Australia contacted Peppers Resort for comment, but after a promise of a return call, a staff member would only say: ‘We’re busy running a hotel’.