Singapore: Jose Ramos-Horta, one of East Timor’s historic leaders, is weighing up a bid to return to the presidency of the country in next year’s elections.

“I have been approached and lobbied by many thousands of people around the country pleading with me to run again,” he told The Sydney Morning Herald and The Age. 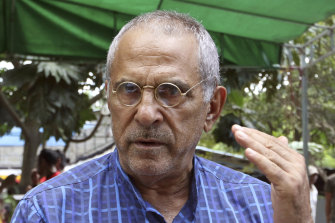 Former East Timor president Jose Ramos-Horta is eyeing a return to the post in next year’s elections.Credit:AP

The 71-year-old, a central figure in East Timor’s struggle for independence and a Nobel peace prize winner in 1996, is a former prime minister and president of south-east Asia’s newest nation.

Now, he is considering another tilt at the presidency, potentially with the backing of the supremely influential fellow former leader Xanana Gusmao.

Independence hero Xanana is expected to focus his attention on reclaiming power for his party, National Congress for Timorese Reconstruction (CNRT), in the parliamentary elections of 2023.
It is now in opposition after its blocking of the government’s budget last year triggered a political impasse and reconfiguration of the multi-party ruling alliance in Dili.

The support of kingmaker Xanana, however, would be a huge fillip for Ramos-Horta in taking on the incumbent president, Fretilin’s Francisco Guterres. Ramos-Horta won the presidency in 2007 with Xanana’s endorsement but without it in the following election in 2012 he was eliminated in the first round with 17.5 per cent of the vote, failing to make it even to the deciding run-off between the top two candidates.

Xanana has not indicated yet who he will back as president but, wanting to avoid conflict between the president and parliament, Ramos-Horta said he would only run if their priorities aligned.

“[But] people have been very frustrated with the last three, four years of political uncertainty and of inaction to re-energise the economy.

“I want to understand exactly, with Xanana and other leaders, what they consider to be the greatest challenges for the next five to 10 years and how we want to manage these challenges. If I see that their views are completely different from mine, I prefer not to [run] because we would end up fighting.”

Xanana, 75, has sparked controversy away from politics over the past year with his public support of Richard Daschbach, a defrocked American priest accused of systematic child abuse at the shelter he ran for a quarter of a century in East Timor’s western enclave of Oecusse. 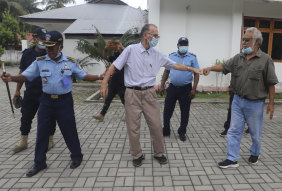 The long-awaited verdict in Daschbach’s trial is due to be handed down on Wednesday and Ramos-Horta said Xanana had been “very supportive of the presumption of innocence”.

“Xanana is someone who is incredibly supportive of the independence of the judiciary,” he said.

“He understands the controversy. But he said the integrity of the law is for every single person in this country.”

Michael Leach, a professor in politics and international relations at Swinburne University of Technology, said Ramos-Horta would be a genuine contender to be president if he threw his hat in the ring.

“He is a founder of the nation. He is never to be underestimated. He’s much loved in Timor,” Leach said.

“Does that mean he’s a shoo-in? No, certainly not. Because then you get into the party politics … which major parties are supporting which presidential candidates? And that’s really where the pedal hits the metal in terms of likelihood of success.

“But will people be taking Ramos-Horta seriously if he runs for president? Of course they will.“

East Timor has a semi-presidential system whereby the president acts as the head of state rather than the head of government.

However, the post has carried more weight in recent years than it appeared to in the early days after independence in 2002, highlighted by Guterres exercising his power to block the appointments of multiple ministers and calling an early election in 2018 after the governing Fretilin-led coalition fell over.

Whoever prevails in the presidential polls, and the general election the following year, the task of topping up the government’s revenue pool over the next decade shapes as critical.

East Timor has been heavily reliant on offshore oil and gas but Leach has said its sovereign wealth petroleum fund wouldn’t be able to continue to cover the government budgets beyond 2030 without new revenue.