THOUSANDS of Kill the Bill protesters are marching across the UK today – despite police warnings to stay away.

People have gathered in London, Newcastle and Portsmouth, with more cities expected to be flooded with campaigners. 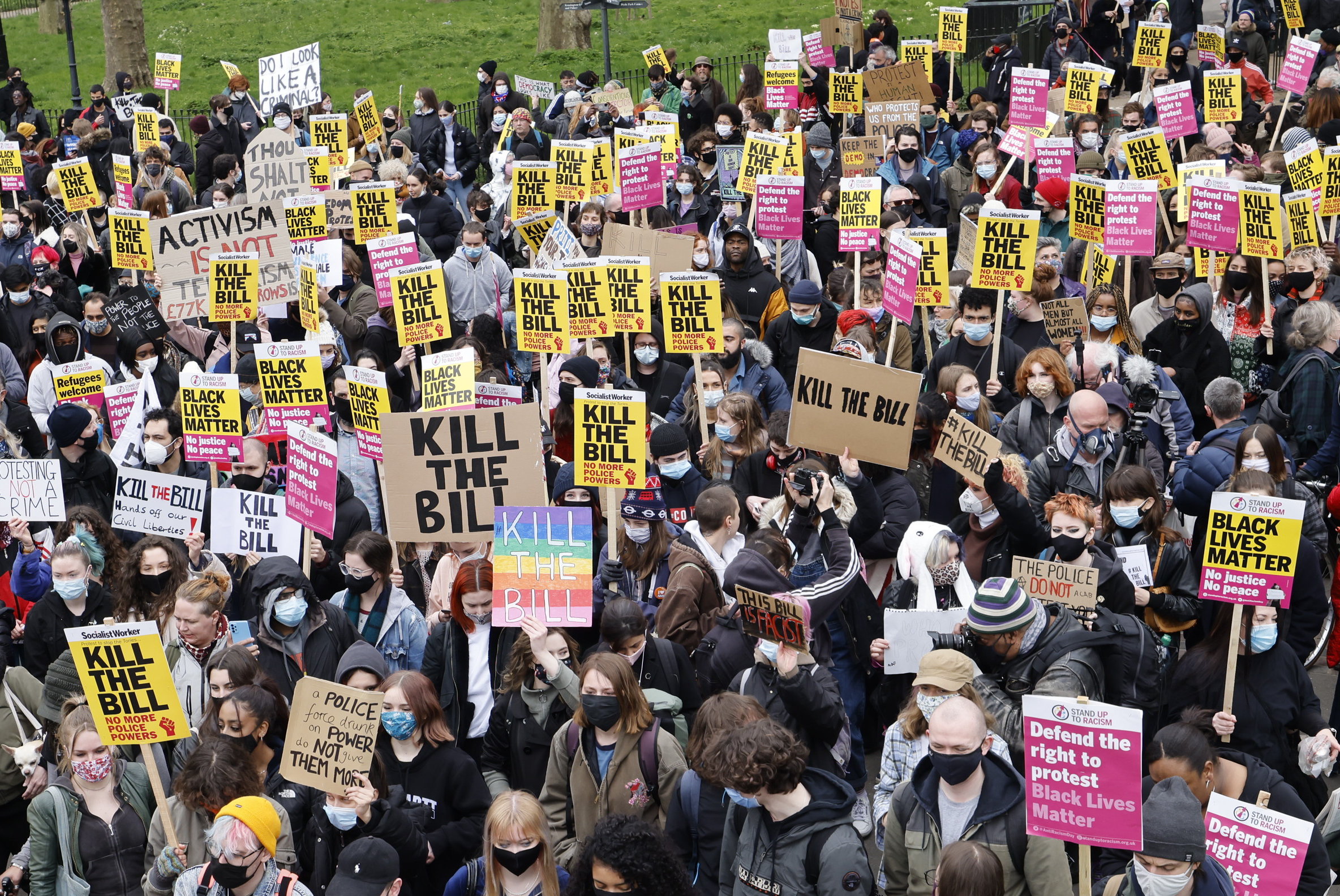 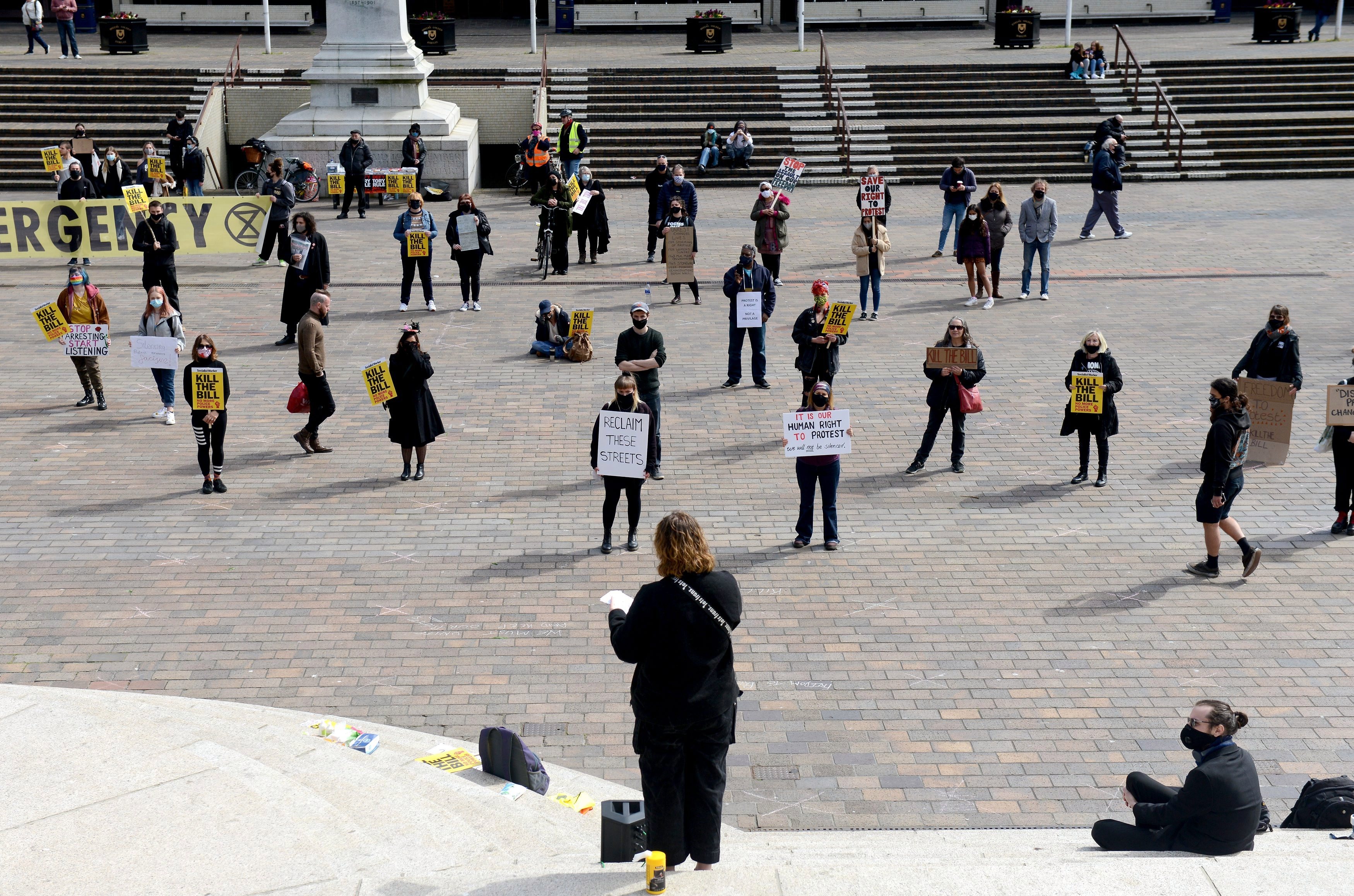 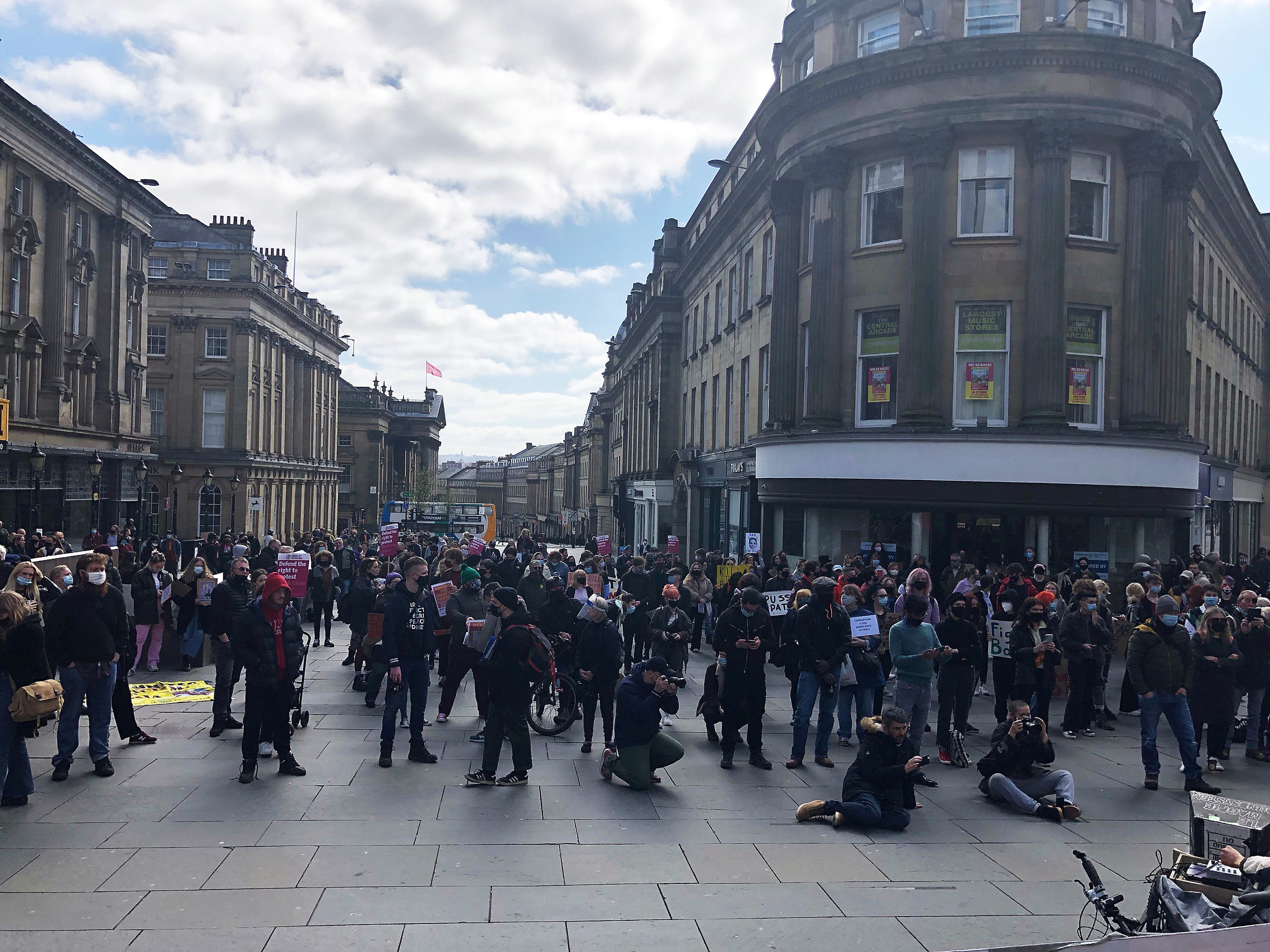 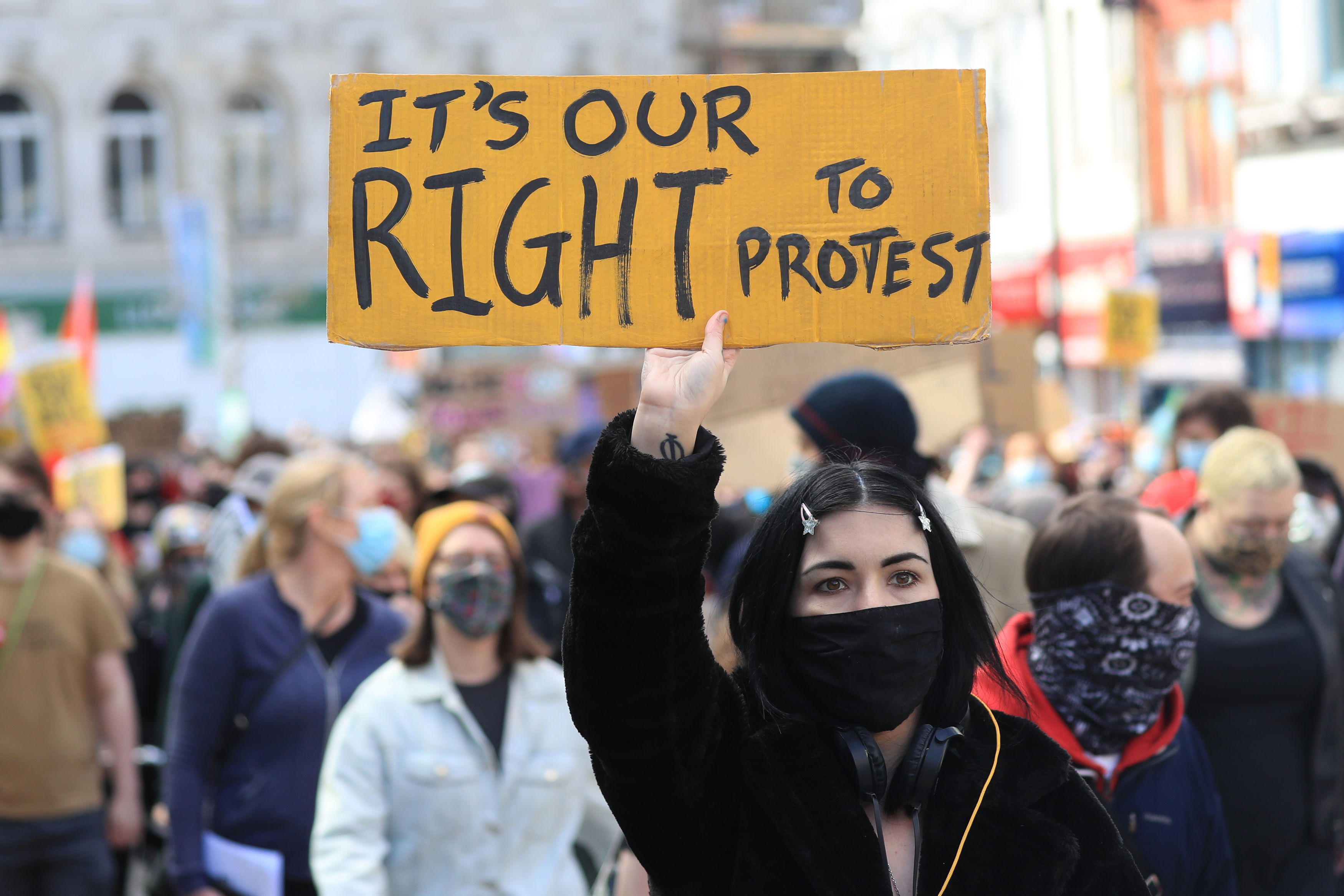 Several hundred people massed beneath Grey's Monument in Newcastle for a Kill the Bill protest.

At Hyde Park in central London, thousands of people got together, many carrying Kill the Bill placards. Demonstrators chanted and banged drums.

Speakers at the protest urged demonstrators to respect social distancing as the crowd grew.

Earlier the Metropolitan Police warned protesters officers could step in, saying: "The Met is also aware of a number of groups planning demonstrations in areas of London throughout the weekend.

"While gathering for the purpose of a protest can be exempt, organisers must submit a risk assessment and take clear steps to make their gathering safe.

"Enforcement action will be taken, if needed, in the interests of public health." 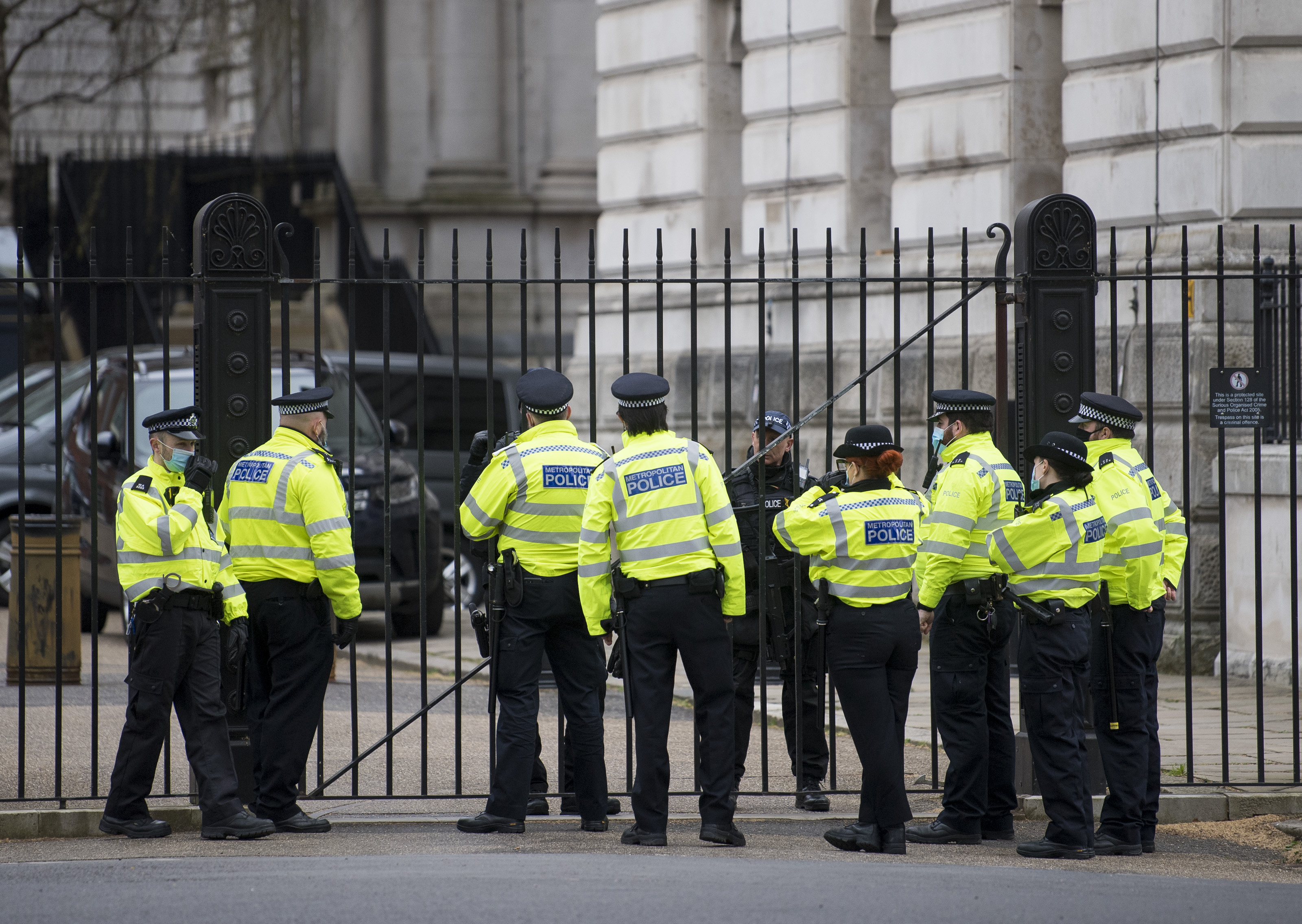 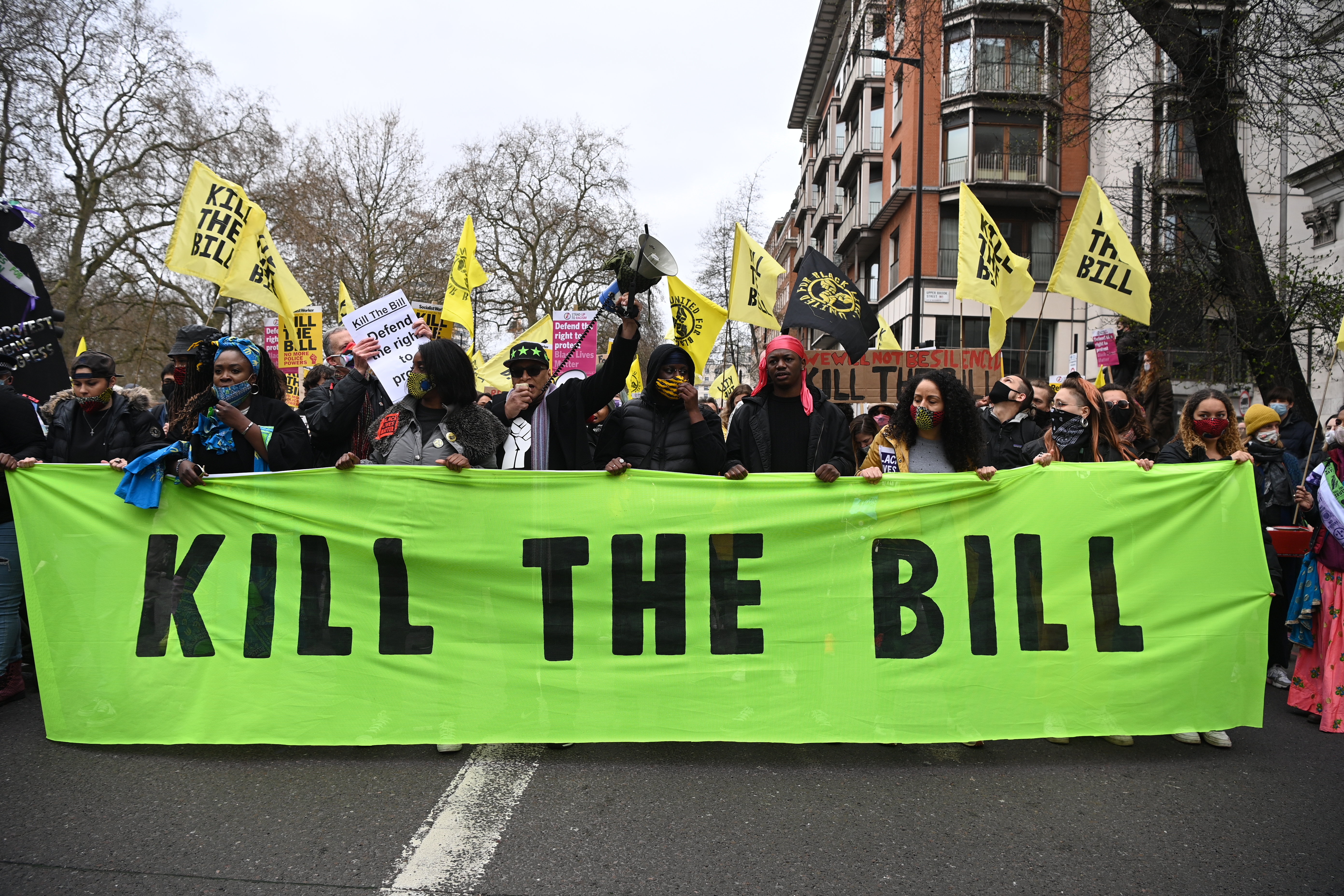 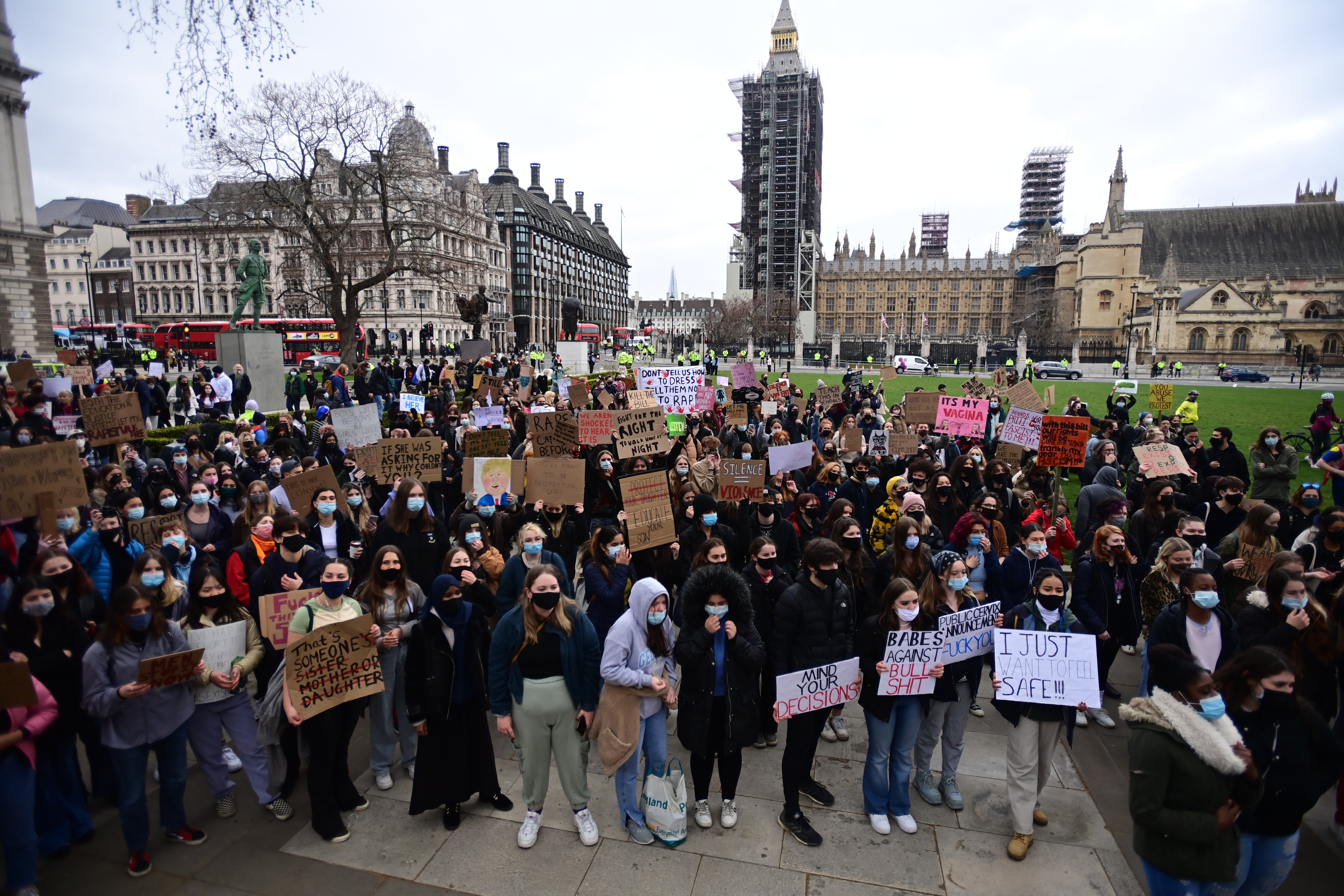 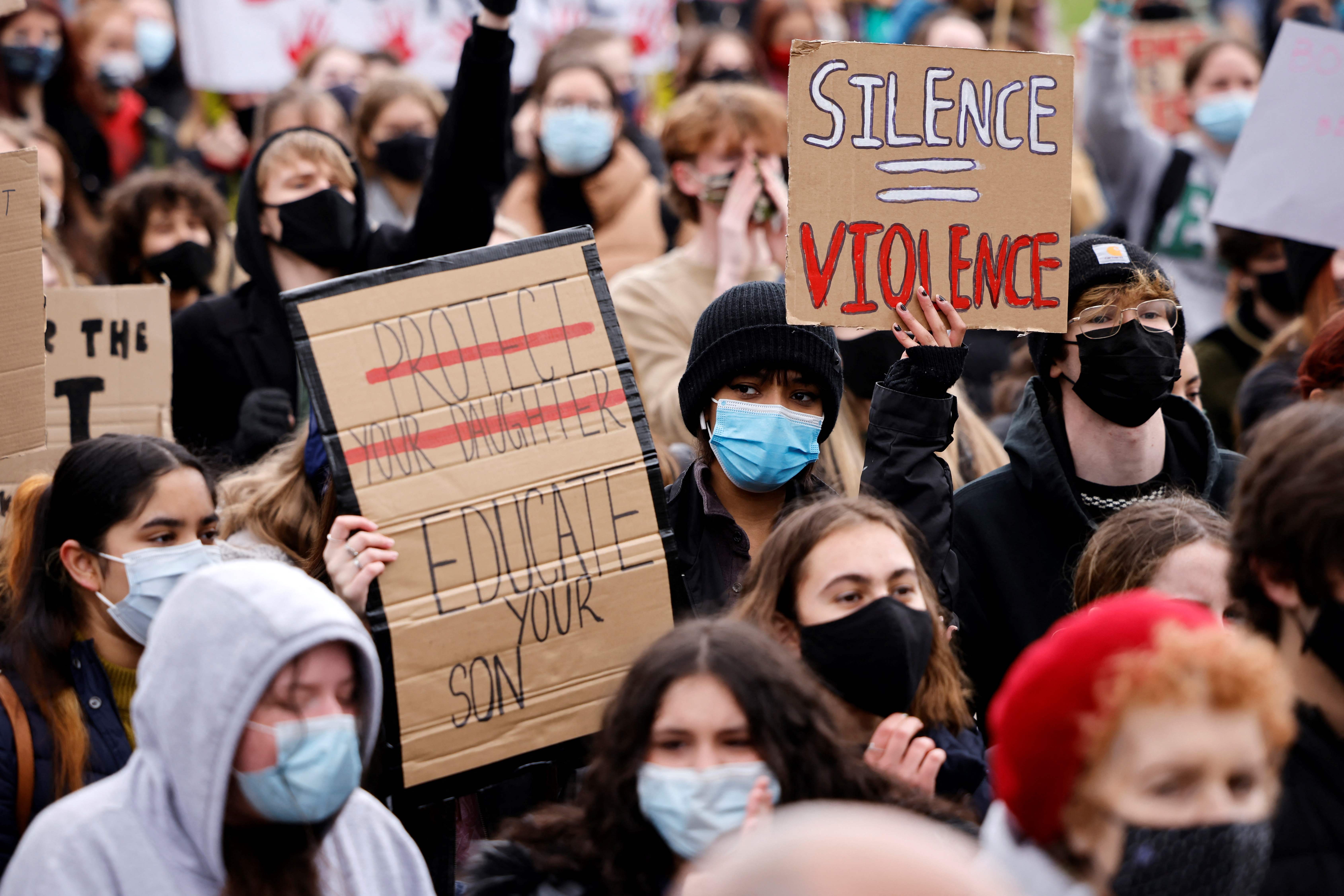 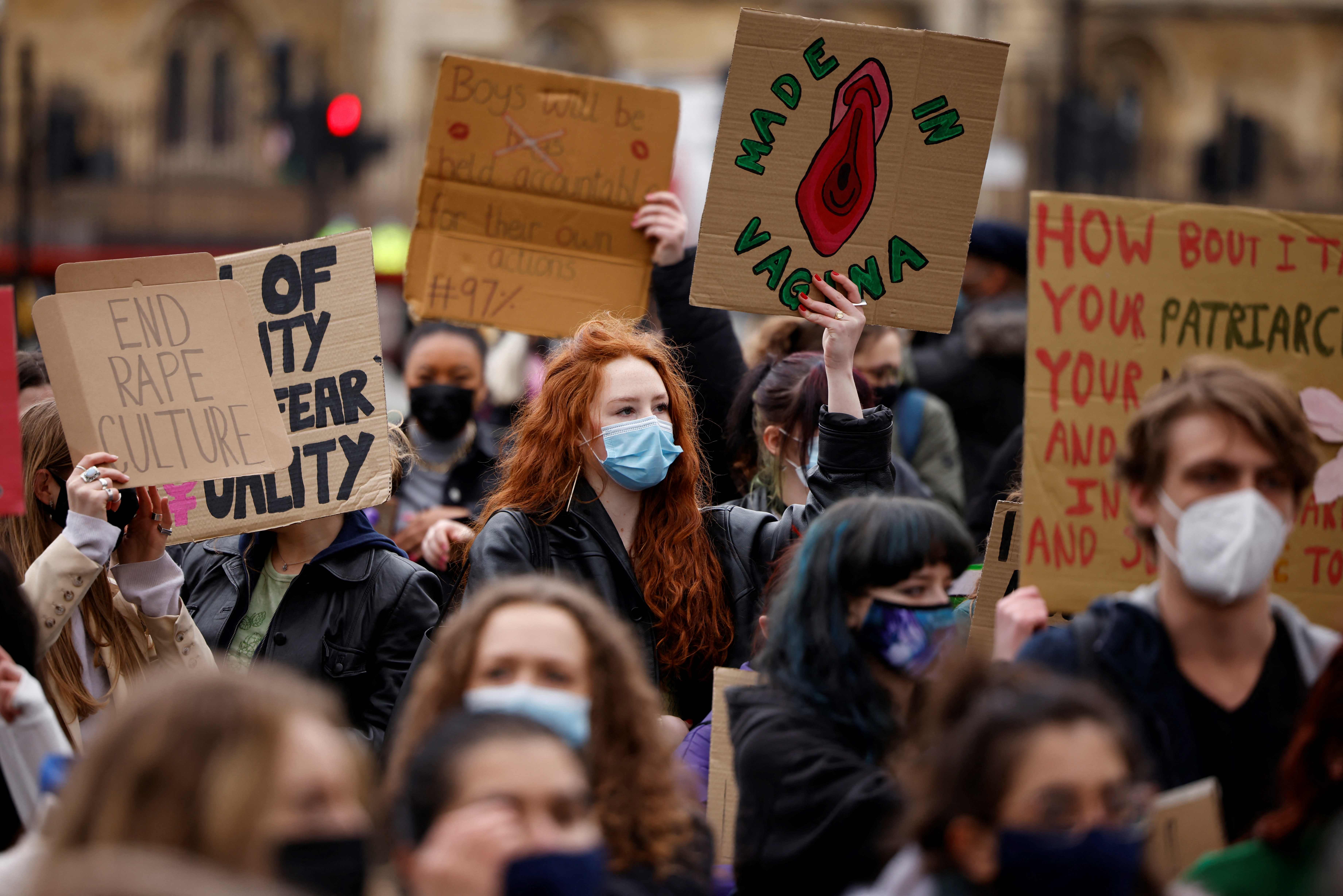 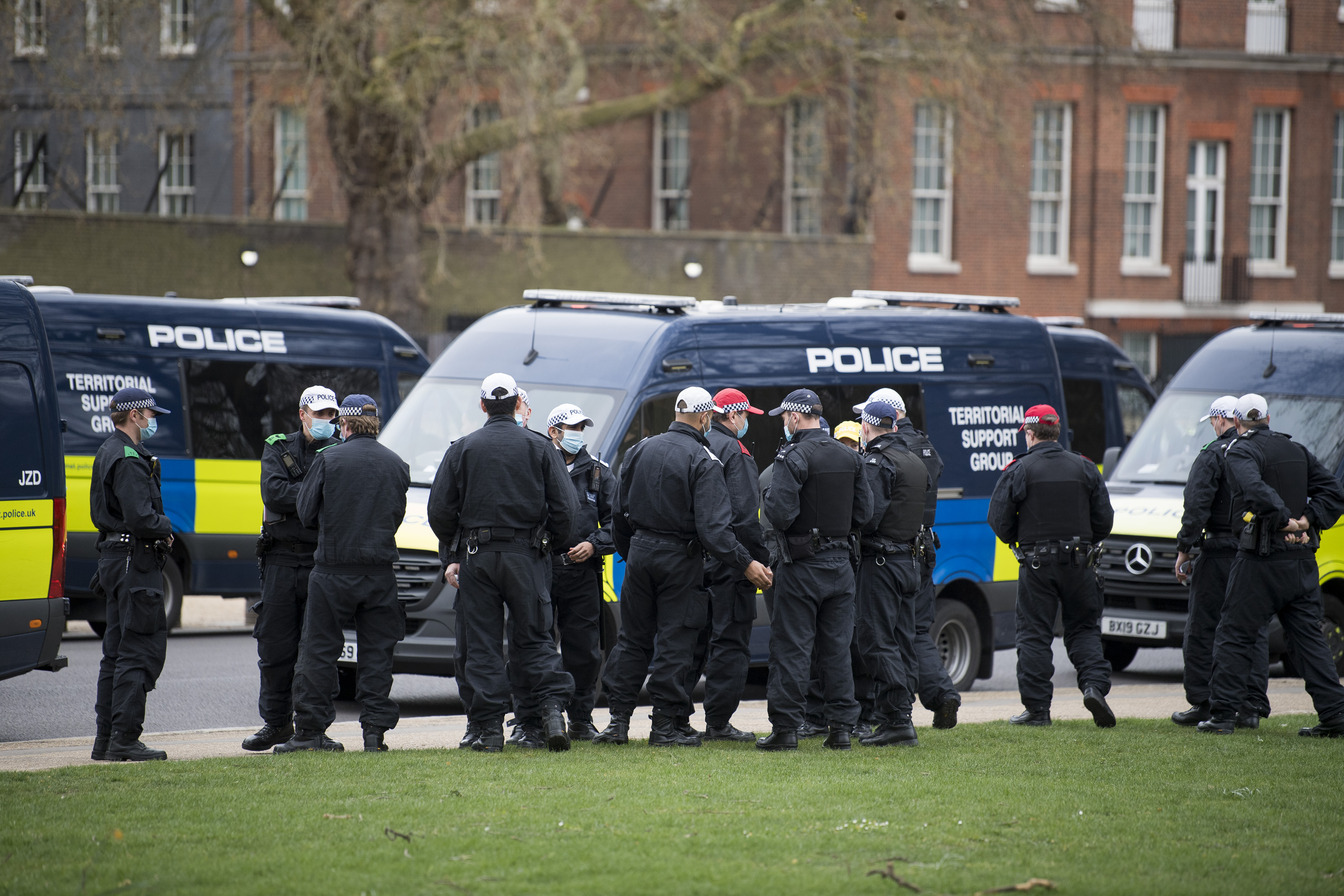 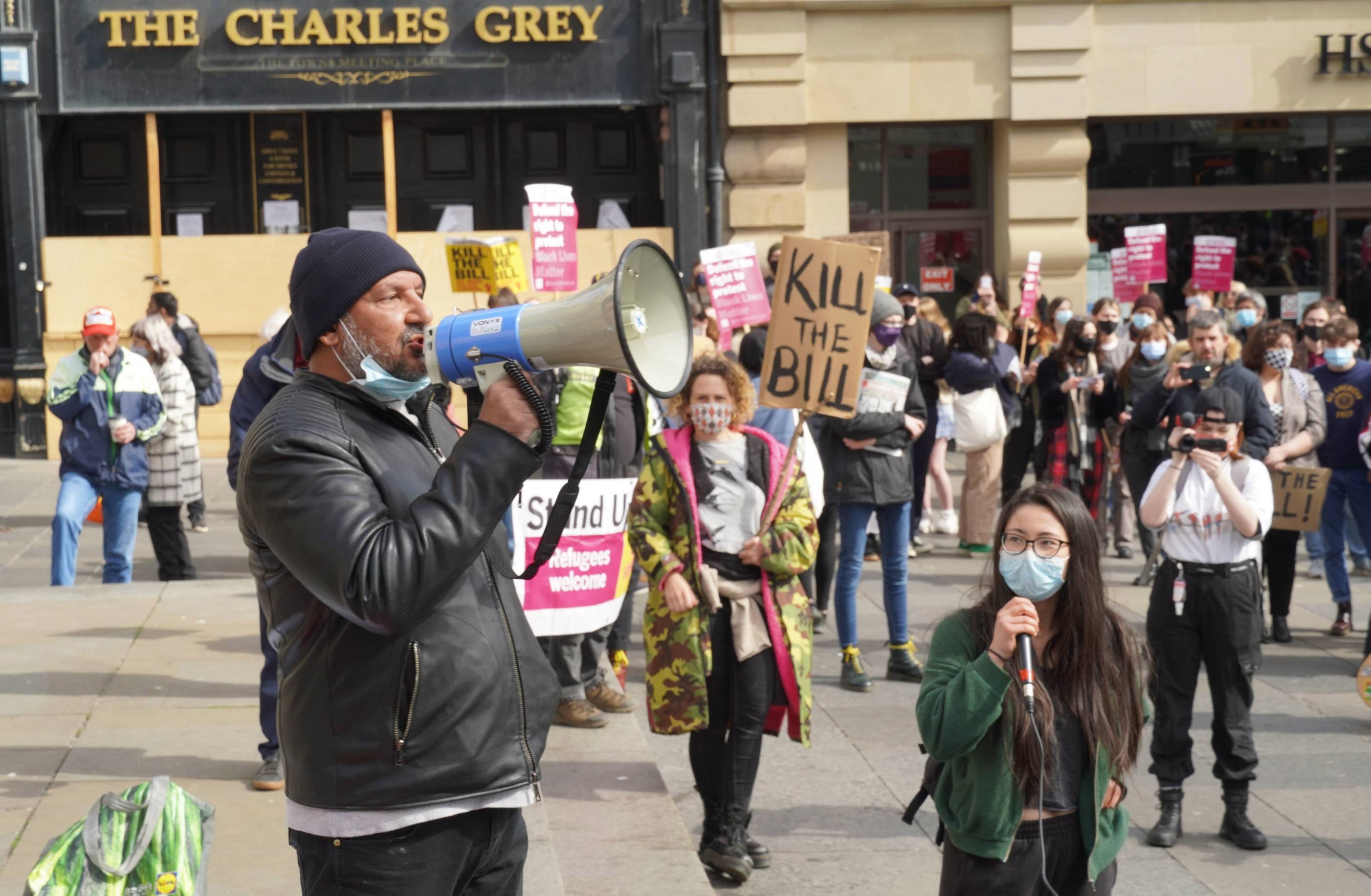 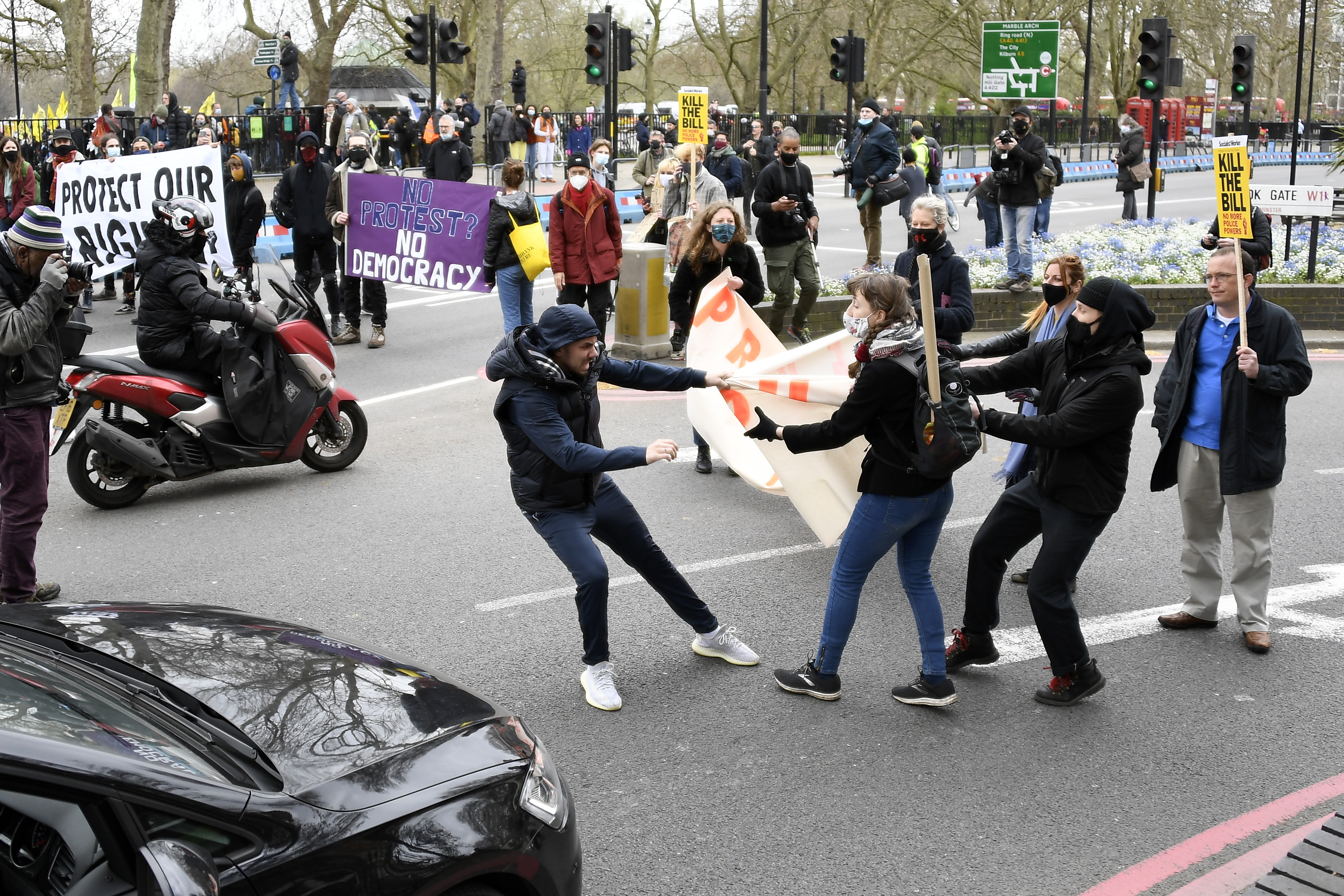 And Greater Manchester Police have put in a 48-hour dispersal order for the city centre, running until 3pm on Sunday.

They hope to avoid the violent scenes seen in Bristol during protests over the same legislation.

The protests have been sparked after a new policing bill which would see protests criminalised when deemed a "public nuisance".

The Police, Crime, Sentencing and Courts Bill would give forces in England and Wales more power to impose conditions on non-violent protests.

Police chiefs will be able to impose conditions such as a start and finish time and noise limit on a static protest.

Riot cops in Bristol used shields to push back thousands of booing demonstrators who threw fireworks along with bottles and eggs at police on the third night of chaos in less than a week.

The chaotic scenes saw a number of arrests overnight as the protesters and more than 100 cops armed with shields and helmets faced off in the streets.

Cops were left injured and areas of of the city damaged.

Mr Johnson called the attacks against officers "disgraceful" and gave the police his "full support".

Around 1,000 people had gathered in Bristol on Friday night after violence at two confrontations in the city in the week before.

Other Kill the Bill rallies were held in London, Brighton, Manchester and Bath, with arrests taking place. 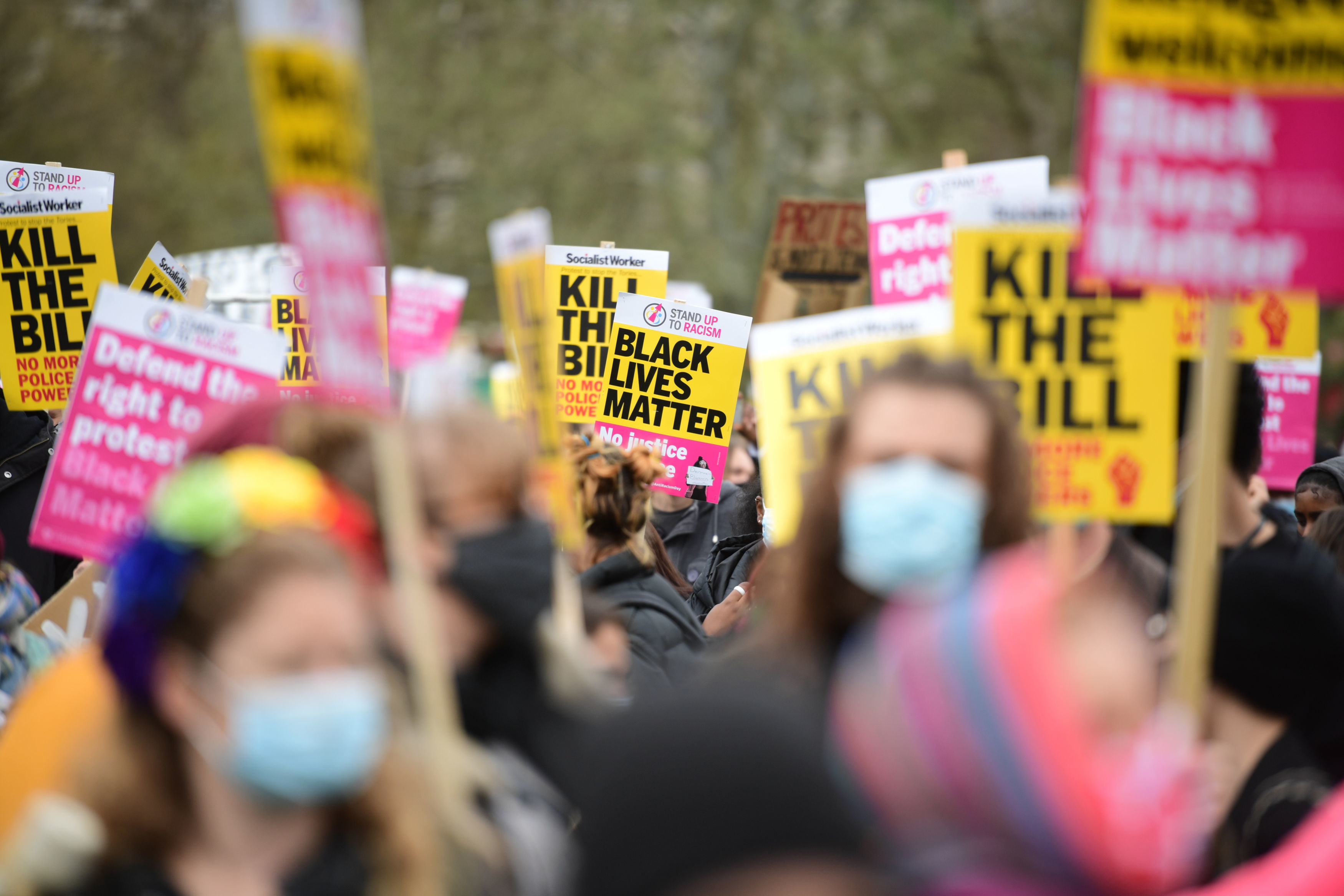 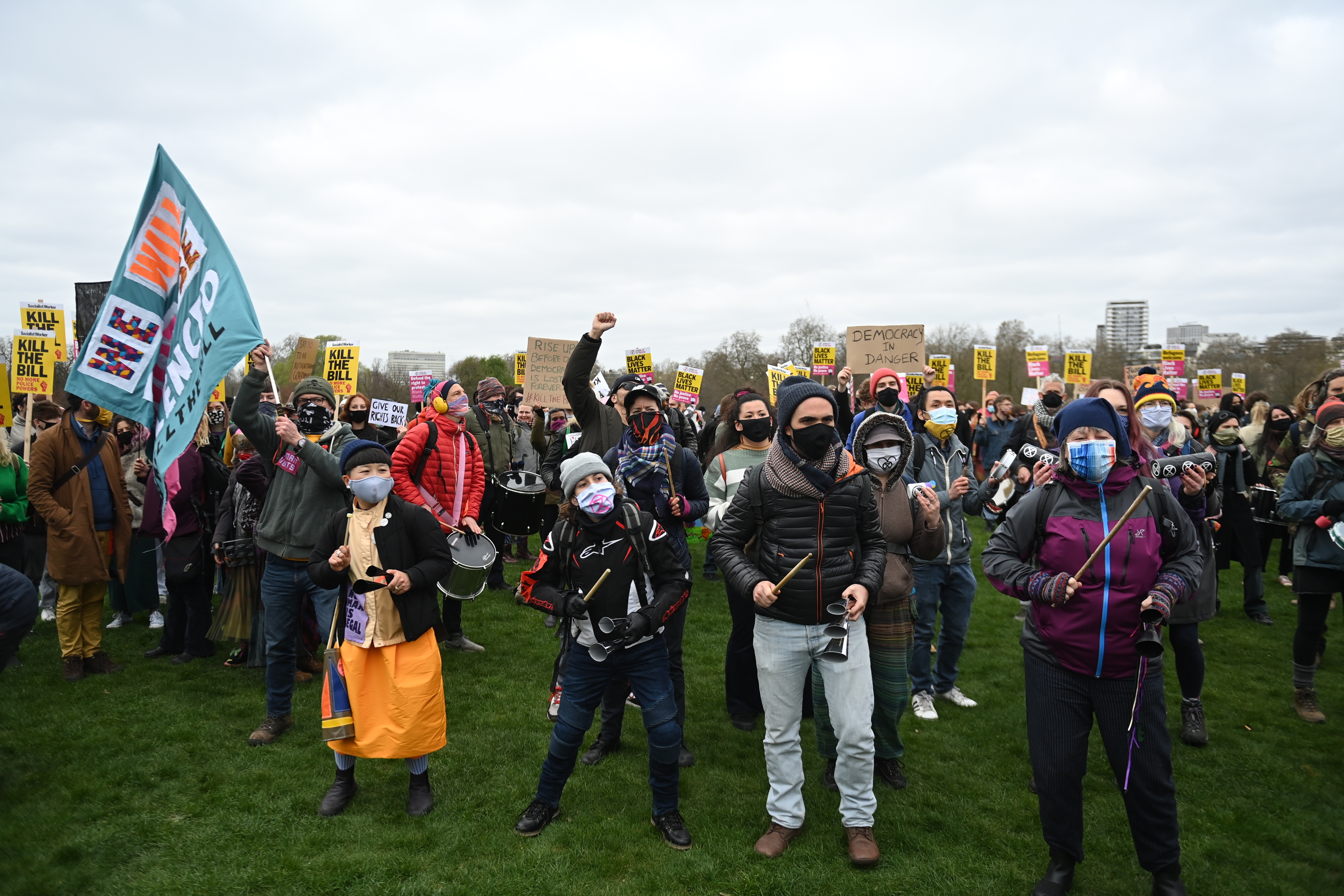 Tags: Bill, kill, of, Pro, the, Thousands
You may also like
Celebrities News