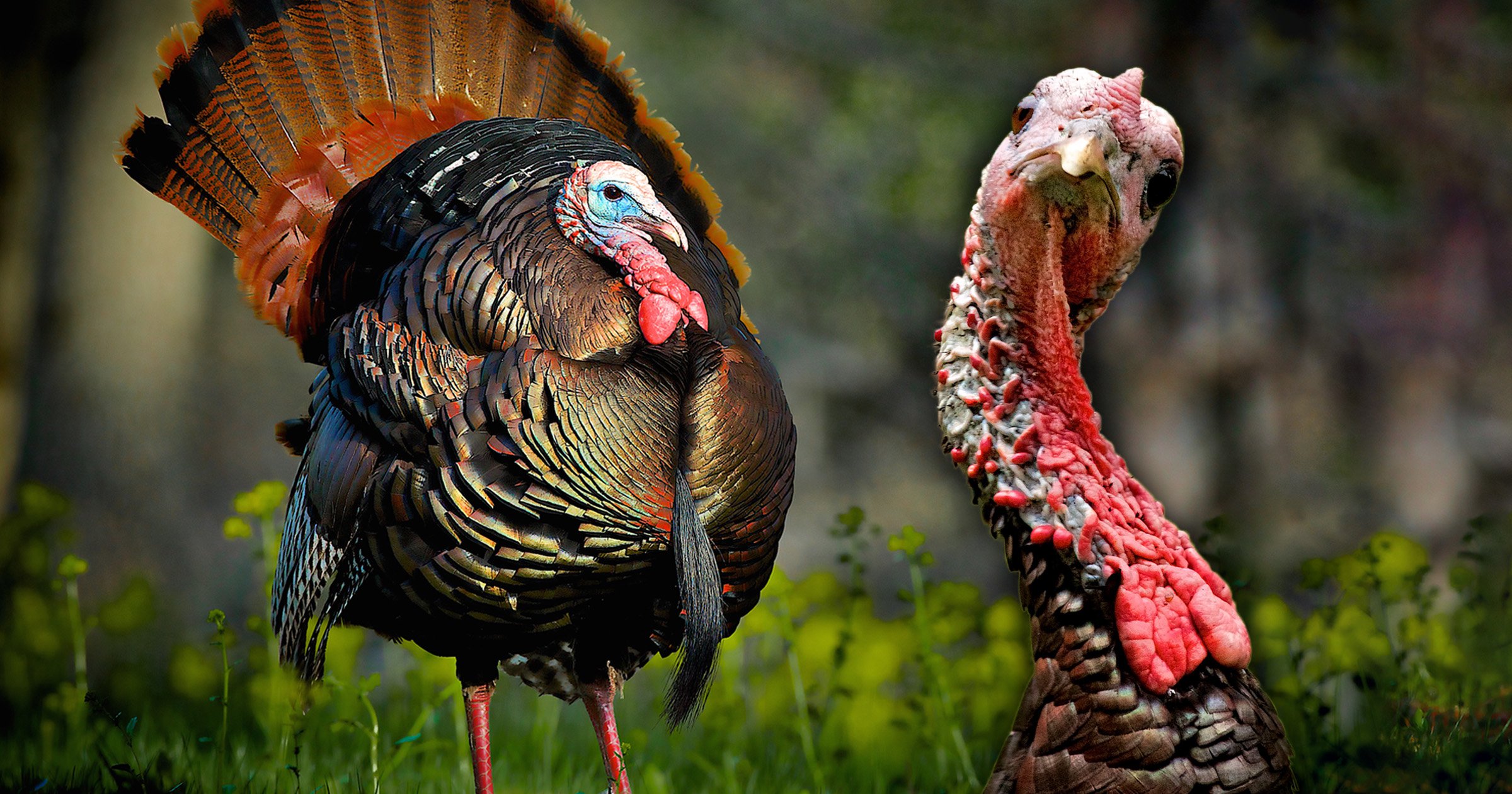 Here at Metro.co.uk, we like to ask the big questions and this one really goes to the heart of the matter, lifting the lid on a centuries old mystery and casting into doubt everything you thought you knew about Christmas – and maybe even yourself.

Hold on to your paper hat, this one is not for the faint of heart.

Turkeys. Why are they called that?

You were warned, reader. There’s no going back now.

On a holiday we think of as quintessentially British, why do most of us tuck into an American bird that shares a name with a country where the majority of people don’t celebrate Christmas?

We’ve all been carving up those glazed remnants and politely pretending it’s not drier than a sun-beaten sandal while ignoring the turkey-shaped elephant in the room.

To get to the bottom of this weirdness, we enlisted food historian Annie Gray, who recently wrote At Christmas We Feast: Festive Food Through The Ages, a deep dive into all of our seasonal favourites. .

She told Metro.co.uk: ‘There are only about five ingredients that are native to our shores so if you think it’s quintessentially British, it normally turns out to be the product of immigration, emigration, migration and assimilation throughout the years.

‘That’s one of the beautiful things about cookery – we get all het up about authenticity and notions like that but it doesn’t really have a lot of meaning.’

The story of the turkey is tied in with the history of colonisation and trade – and so is its name.

Wildfowl is found across the globe but the turkey is indigenous to North America and, until a few hundreds years ago, the only names for it that existed in any language were Native American.

As with so much of that culture, those names – as close to the specie’s ‘true’ name as you can get – were rejected, ignored or discarded.

Annie said: ‘I think the British for a very long time had a real superiority complex and just never thought “let’s give this bird it’s Native American name”.

‘Either that or just “we can’t pronounce it, let’s just call it turkey”.’

Traders arriving in what was then dubbed the New World began to export and breed these big birds to sell back in Europe via the shipping routes which traversed the globe to carry goods and slaves in 1500s.

Britain had been importing wildfowl for a long time before the discovery of the turkey, often from – you guessed it – Turkey.

So when this funky-looking new bird turned up with a Native American name no one had the good sense to learn how to pronounce, it was named after the thing it looked like – Turkish birds.

And that was that – the turkey was named after a country that it hadn’t so much as pecked.

To further complicate matters, in Turkey – where they obviously knew the turkey was not from Turkey – they call it a ‘Hindi’, as in ‘from India’.

The French call it a ‘coq d’Inde’ (Indian chicken), a mistake you find around Europe arising from confusion about where America actually was, while the Portuguese call it a ‘peru’.

It’s commonly held that William Strickland, a Yorkshire-born businessman, was the trader who introduced the turkey into Britain after returning with breeding pairs from voyages to America.

Annie thinks the evidence for this is ‘dubious’ but he at least made enough dough from the new bird on the block to be granted permission to incorporate the turkey into his family’s emblem.

Gradually, throughout the late 1500s, the turkey was gaining popularity, enough so that it was namechecked in William Shakespeare’s Twelfth Night around the turn of the century (‘Contemplation makes a rare turkey-cock of him. How he jets under his advanced plumes.’)

This new-fangled import from America was always destined to be a winter food because that’s when people tended to eat poultry, after the egg-laying months in spring and summer.

That’s how winter feasts became linked with serving up a big bird, although for centuries it was just as likely to be a swan, heron or pheasant.

By the Victorian period, the turkey had come to be associated with Christmas because it was big enough to share around a family but cheaper than some of the more lavish alternatives.

But it wasn’t really until after the war when this Great British tradition was firmly entrenched – and once again, it needed some help from across the pond.

Annie said: ‘It wasn’t really until the second half of the 20th century when we started seeing those pictures of American Thanksgivings and big bronze turkeys.

‘Add to that the fact that we’d spent years around the war not eating very much meat and that people’s household ovens were getting bigger.

‘Combine all those factors and you start to see this real tradition emerging where a vast majority of people eat turkey on Christmas Day.’

Another enduring mystery tied to the turkey is that, if we’re all absolutely honest with ourselves, it’s not actually that nice.

We persist in the tradition – because that’s what tradition is for – but Annie reckons we’re all cooking it wrong and should consider returning to an older method.

‘I’ve never, ever had a nice Turkey, even when I’ve had really high quality turkey.

‘A lot of it is because people only cook it once a year and they think they need to put it in the oven and roast it – but in the past it was roasted on a fire.

‘If you put a turkey on a spit, it cooks evenly – the legs are much much closer to the open fire than the breast, so the legs cook in the slightly hotter heat than the breast does.

So there you have it: an American bird named after the wrong country, that we all eat because of magazine pictures of Thanksgiving – and we’re all cooking it wrong too.

What could be more British?