In early 2003, the Australian embassy in Bangkok received a telephone call from a man wanting to speak with a member of the Australian Federal Police.

Rod Curtis, the AFP’s senior liaison officer in Thailand, took the call. The man told Curtis that he had information about a big drug trafficking operation being planned for Australia. 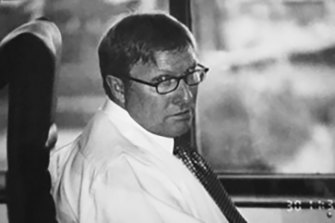 Not one to pass up an opportunity, Curtis met the man in a hotel lobby later that same day. He left the meeting reasonably certain he was dealing with someone with access to the inner workings of a transnational Asian crime syndicate.

As weeks passed, the man continued to meet Curtis and his friend and colleague, Major General Surajhet Dhammadamrong, the then head of intelligence at the Royal Thai Police’s narcotics bureau.

The drugs the man was talking about was 150 kilograms of high-grade heroin, and he told them it was soon to be brought to Australia on board the North Korean ship, the Pong Su. This is the first time the existence of a secret police source near the heart of the crime syndicate behind the Pong Su shipment has been made public.

Curtis and Dhammadamrong have never before spoken publicly about their cultivation and handling of their source, who risked his life to help sabotage the drug plot. Information provided by the man, who Curtis and Dhammadamrong still refer to only as “the source”, allowed police in Australia to identify and surveil Asian crime syndicate members sent to Melbourne to distribute the Pong Su’s heroin.

The surveillance of these men enabled federal police to be in Lorne along Victoria’s Great Ocean Road in April 2003 when an ill-fated night-time operation was launched from the North Korean ship to deliver the heroin ashore in treacherous seas.

A small rubber-hulled motor boat carrying two North Koreans and six bags of heroin to shore capsized in mammoth seas, causing one man to drown and heroin to be strewn across a remote beach. Police arrested three on-shore syndicate members and the surviving man from the motor boat over the next two days.

This month marks the 18th anniversary of the Pong Su incident, one of Australia’s most fascinating true crime stories, which climaxed with Australian special forces troops seizing the North Korean vessel and crew after a dangerous four-day ocean pursuit.

The Age and The Sydney Morning Herald have released a special episode of The Last Voyage of the Pong Su podcast in which Curtis and Dhammadamrong reveal how the drug investigation known as Operation Sorbet began with a phone call to the Australian embassy by a man with dual motivations. 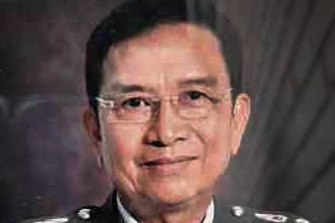 Close to the godfather

Dhammadamrong told the podcast the source was close to “one of the godfathers” of a major Asian crime syndicate that had teamed with elements of the North Korean state to import more than $100 million worth of heroin into Australia.

This drug kingpin was still at large and still in business, Dhammadamrong said. So was the source, making confirmation of his existence a “very sensitive and top secret” matter for the Thai police. Both he and Curtis asked The Age and Herald not to identify the crime syndicate boss for fear it could endanger the source. 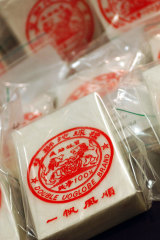 Some of the drugs brought in on the Pong Su.Credit:James Davies

Dhammadamrong said the narco boss had criminal, political and military contacts throughout south-east Asia and a stake in semi-legal casinos in Cambodia, which he used to launder drug money and bestow largesse on corrupt politicians.

It is natural for police to question the motivations of a source offering to divulge information from the criminal. And for Curtis and Dhammadamrong, it became apparent their source was driven by two things: a genuine concern about the damage so much heroin would do if it hit the street, and money.

“You want to get some rewards,” Dhammadamrong said. “He wants to make sure if he gave all [the] information to us, we can protect him and his family … this is a dangerous situation for him, for his life and the family.”

The Age and Herald have confirmed the source received a sum of money from the Australian government for his information. Curtis would not say how much, pointing to the AFP’s policy not to comment on such matters.

But Dhammadamrong said the source was disappointed when he saw how much money the Australian government was prepared to spend to destroy the Pong Su with a laser-guided bomb, compared with what it paid him for information that would save lives and endanger his own. 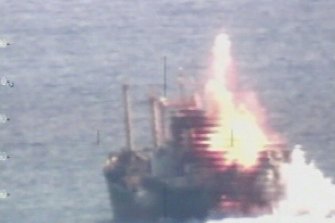 The heroin smuggling ship Pong Su is sunk off the NSW coast.Credit:Channel Nine

Putting the source to work

As interesting as the source’s information about a big heroin shipment heading for Australia was, there was little Curtis or Dhammadamrong could do about it without more specifics.

So they set tasks for their source. They asked him to slip questions into conversations. To get names of people involved so Australian authorities could check incoming arrivals records.

One of the most important things the source came back with was the address of an apartment in Bangkok where the drug kingpin was staying. The Thai police got a technical crew to install electronic surveillance devices in the apartment.

“We got the intelligence papers from his house … [information] about the phones, about the deal,” Dhammadamrong said. 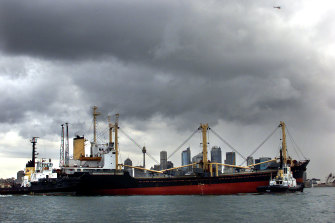 The source was getting such good information that he was even able to tell Curtis and the General something very few people knew.

It was the first time anyone outside the criminal syndicate or the North Koreans were made aware of the ship’s involvement.

‘This is as serious as it gets’

As careful as the source was about his own security – in addition to the Thai police’s counter- surveillance measures to ensure he was not being followed to his meetings with Curtis and Dhammadamrong – he knew any misstep could lead to death.

Sitting with Curtis one day, he pulled out his mobile phone and played a grainy video. It showed a man sitting in his car at traffic lights being approached by two men on foot. The men opened the car doors and pumped bullets into the hapless driver. Curtis said the source told him that he had known the man and that he had been assassinated because he was suspected to have betrayed the crime syndicate.

“That was put on the table in front of me. Basically, [he] said to me, ‘This is how serious it gets,’ ” Curtis said.

Eighteen years on, Curtis and Dhammadamrong said they were confident enough time had passed to reveal untold parts of the Pong Su investigation and the crucial role of their human source.

But Curtis said the reality was that by coming to police all those years ago, the source had ensured he would spend the rest of his life looking over his shoulder.

Tags: never-before-revealed, phon, the
You may also like
Celebrities News