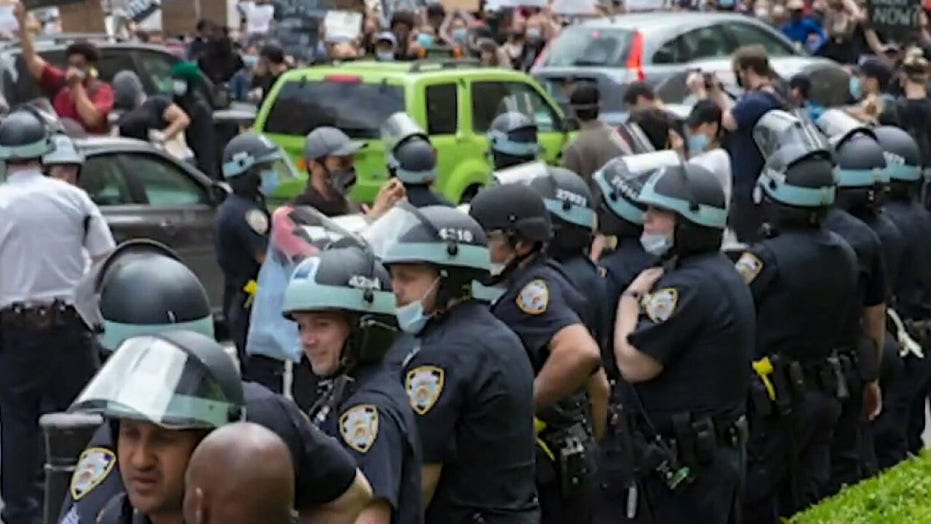 A wave of violence has rocked the New York City transit system over the last week — with a terrifying tally that includes a spate of subway slashings, a woman shoved to the tracks on Tuesday and a bus driver bashed with a 2-by-4.

The NYPD revealed a previously unreported subway slashing on Tuesday, bringing the number of attacks to at least five in the past week alone, police and sources said.

“I don’t ever remember it being this bad,” a retired transit supervisor said. “But I am not surprised considering the city is running amok and the politicians just keep putting their heads further in the sand or, in this case, the hole.”

“The city is full of homeless and mentally ill people, but the city keeps throwing good money after bad but not helping or solving problems,” he added. 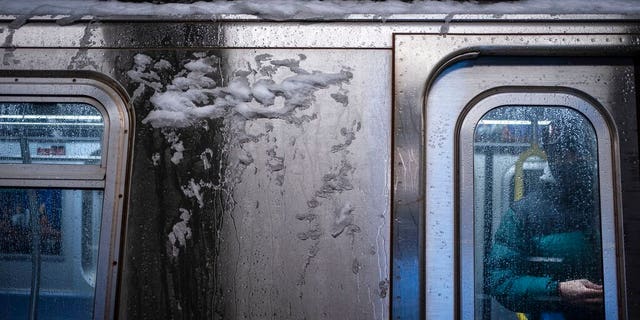 A man waits to alight from a New York City subway car covered with ice during a snowstorm, Monday, Feb. 1, 2021, in New York. (AP Photo/Wong Maye-E)

The uptick in transit crime comes amid a lingering mental health crisis in the city, which prompted interim transit boss Sarah Feinberg to ask Mayor Bill de Blasio to allow social workers to be dispatched to 311 calls for incidents in the subway system.

“There is no doubt the city can better serve the vulnerable homeless and mentally ill population by connecting them with trained professionals, instead of forcing bystanders to call 911, which inevitably results in repetitive police action,” Feinberg wrote in a Jan. 5 letter to the mayor.

“The individuals are rejected from the system only to return the moment police leave.”

MTA statistics show an overall drop in felonies, but an increase in burglaries and robberies, and six murders over the year — double the 2019 figure — despite a 70 percent drop in ridership during the coronavirus pandemic.

The year also saw a 62-percent dip in total arrests in the transit system.

Speaking at a press briefing Tuesday, de Blasio said the city weathered “a perfect storm” in 2020, but maintained the subways remain safer than they were in the past.

But the past week has seen another spike in violence.

The most recent transit attack came above ground Tuesday when the MTA bus driver was attacked near 277 Remsen Ave. in Brooklyn around 10 a.m. Tuesday.

The driver got into a dispute with a passenger who spit on him and ran off the bus.

In a statement, the MTA called the incident “reprehensible and unacceptable.”

He chased the suspect, who turned and smashed him with a 2-by-4, leaving him with a gash to the head that sent the driver to Kings County Hospital.

The Big Apple’s latest subway shove took place about two hours earlier when a 54-year-old Bronx woman was pushed onto elevated tracks at the 174th Street station in what authorities are calling an unprovoked attack.

The victim was taken to St. Barnabas Hospital, where she was listed in stable condition.

Meanwhile, police have reported five subway slashings in the past week, most recently a Sunday night attack that left a 28-year-old man with a gash to the face.

The victim got into a dispute with another man at the West 4th Street-Washington Square station in Manhattan around 7 p.m. aboard a D train.

In the newly reported assault, a 33-year-old man had both hands slashed by a stranger who made inappropriate comments to his friend around 10:30 a.m. Sunday at the Sutphin Boulevard-Archer Avenue station in Queens.

On Saturday, a 30-year-old Brooklyn straphanger was stabbed in the face on a J train at the Kosciuszko Street station around 8:30 a.m.

And on Wednesday, two straphangers were attacked in separate attacks.

“My mom is really, really scared,” a veteran cop told The Post. “She drives into work at Riker’s Island every day because she’s scared to death to get on the subway.”

“She says she’s afraid of being pushed on the tracks,” he said. “She’s scared for her life.”