THIS is the terrifying moment a diver almost collided with a baby whale as she tried to swim with the massive creature.

Mitch Brown, 27, and his girlfriend Yanna Xian, 24, received the shock of their lives when they were approached by the baby humpback during a whale boat tour in Tahiti last year. 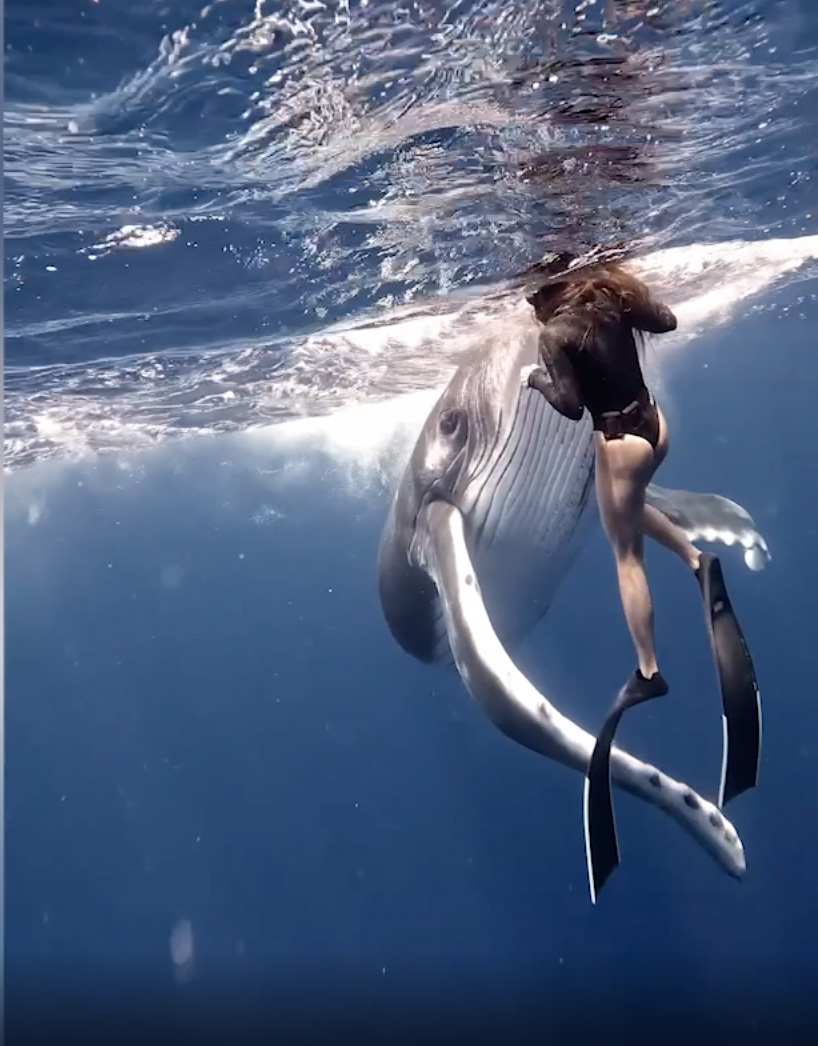 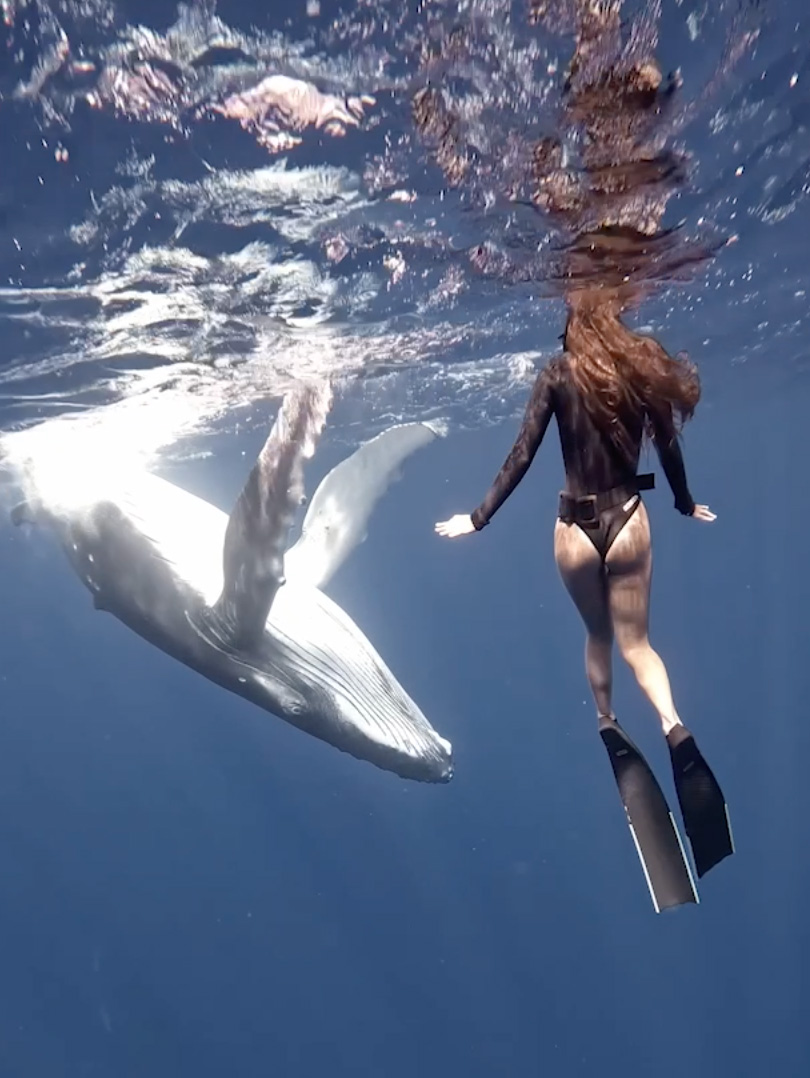 The curious two-week-old calf swam right up close to Yanna before plunging back down to the seabed.

However, due to its massive size, and the movement of the water, it nearly pulled Yanna with it, forcing her to frantically swim upwards to keep herself from descending.

Mitch, from Hawaii, USA, said: "Whales had been almost that close to us before, but they always had a clear sense of direction which was almost always away from us.

"This one may have not seen Yanna which is why it reared it’s head before touching her.

"As it was swimming away was the time I realized we had just created a life memory.

"It felt like a true connection between human and whale."

The avid travellers were on their final day of a whale-spotting boat tour in Moorea last September when the magical encounter took place.

Every so often, the boat would stop and they would be able to get into the water to view whales in their natural habitat.

Photographer Mitch said he and Yanna were swimming on the top of the water when they spotted a "mama whale" with its baby resting at the bottom of the ocean.

"As we calmly watch them from above the water, this curious baby whale decides to come up to check us out," he said.

The baby creature was caught on camera swimming up to the ocean's surface and rolling about in play, before deciding to dive back down just inches from Apple Store worker Yanna.

"It was a beautiful display of respect from both of them," Mitch said.

"The whale clearly didn’t want to run into Yanna and Yanna tried to swim back with her hands instead of feet to avoid kicking the whale.

"I was more worried the whale would in unintentionally hit Yanna, and it happened so quickly that by the time I could react the whale was changing course.

"After that we all swam to each other and showed each other videos and photos and were laughing and high-fiving.

"We were all so stoked we got to witness that. There was definitely a moment of connection between the two of them."

Yanna had been cleaning her goggles out when the curious creature approached, and when she put her head back underneath she saw it was right in front of her.

She did not touch the whale, but the experience left a huge impression.

Mitch said: "She could not believe that she just interacted with the baby whale up close.

"It was definitely a bucket list item that she didn’t even know she had." 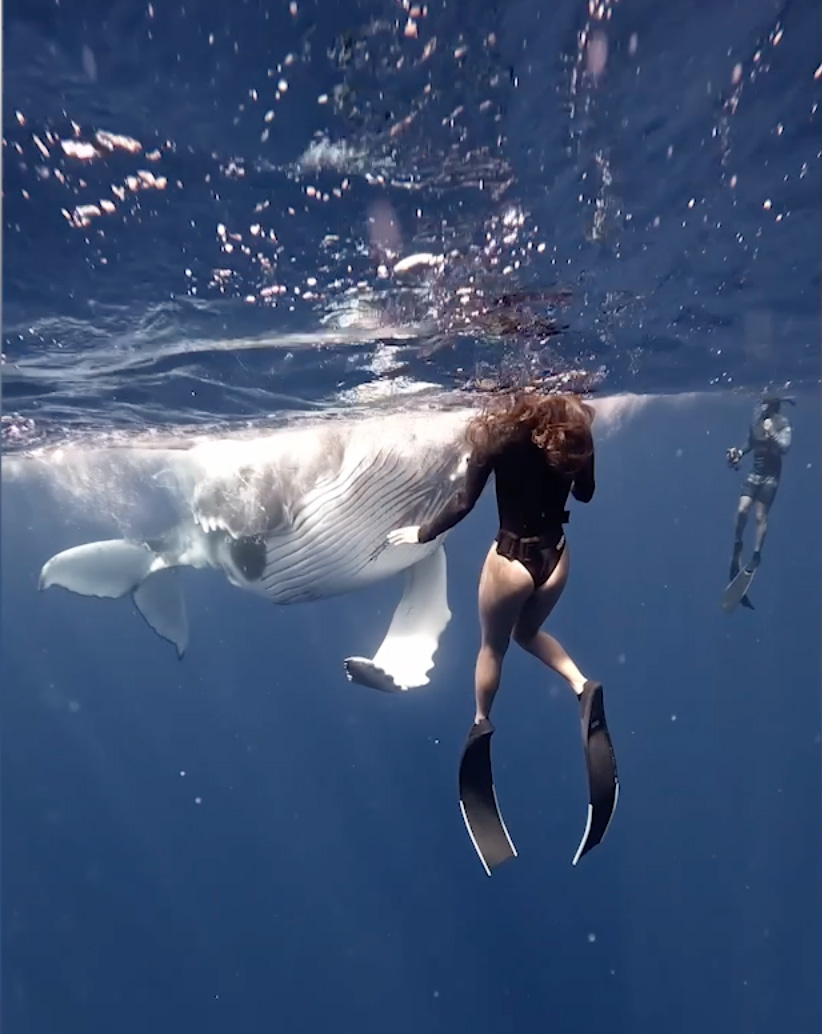 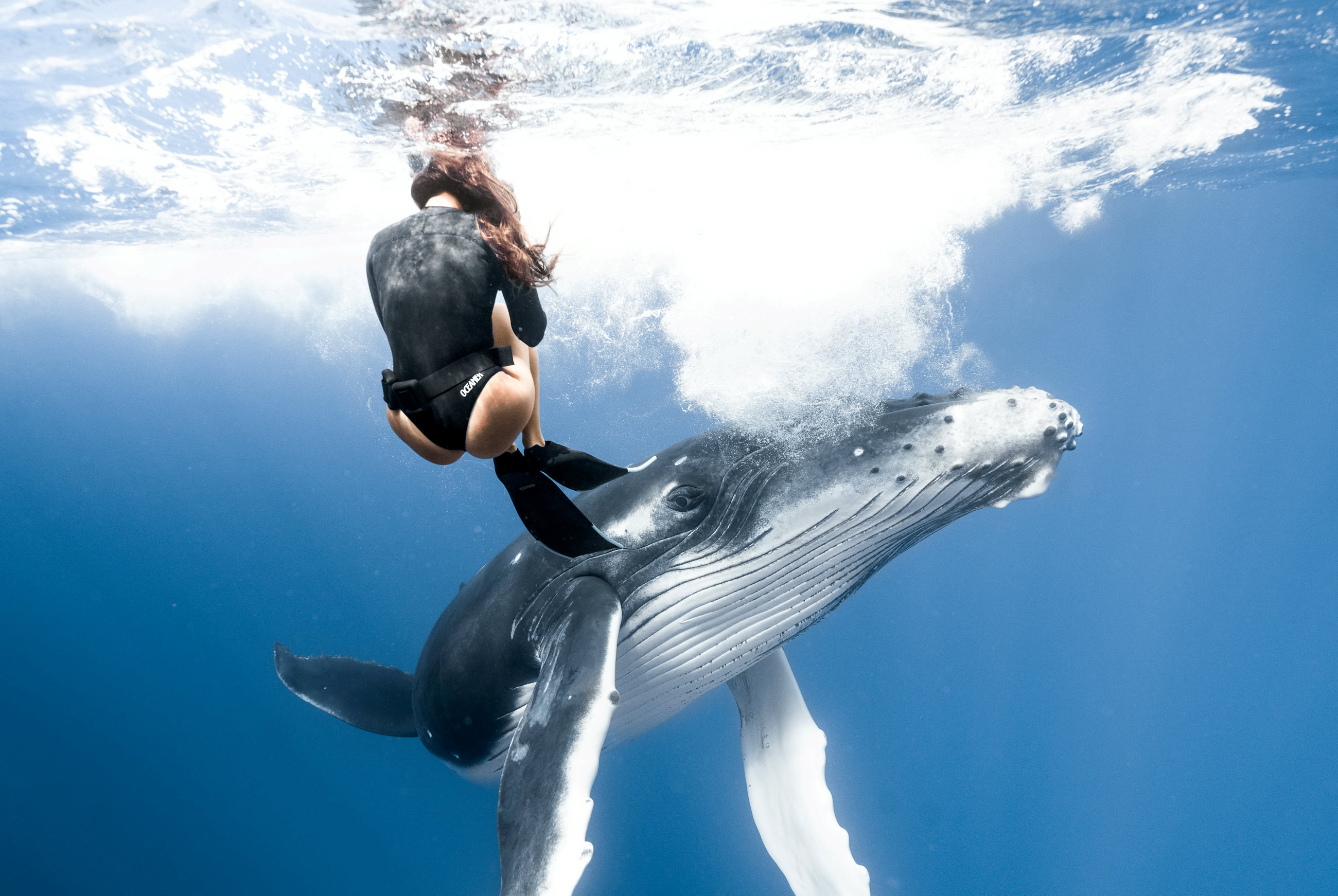 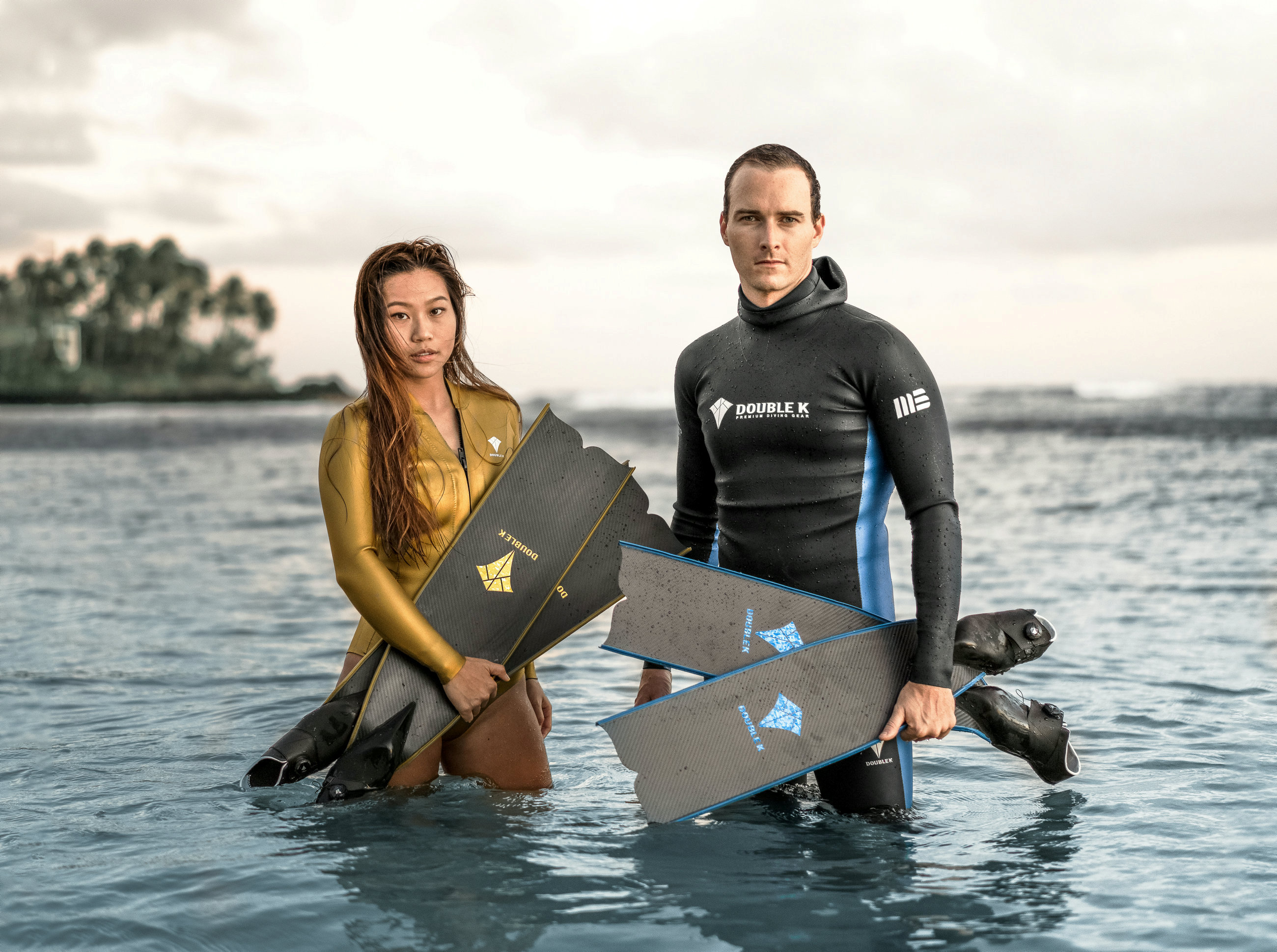