‘Terrific’ rugby player, 17, took his own life just days after his best friend died in a tragic construction site fall which also killed his father

A talented rugby player took his own life just days after his best friend passed away following a tragic construction site accident that also killed his father.

Callum Cunningham, 17, of Wakefield in West Yorkshire, passed away on Monday, May 31 – just days after his close friend Clayton Bottomley, 18, and his father David, 53, died in a tragic industrial lift accident.

The Crofton area of ‘God’s Own County’ has been left reeling in the wake of the pairs’ shocking deaths which were separated by just seven days.

Tributes have flooded in for teenager Callum, who was described as a ‘truly terrific’ rugby player by his local community. 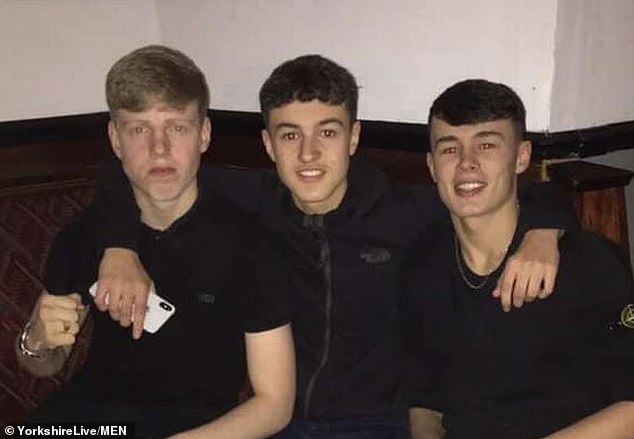 Callum Cunningham (right), 17, passed away on Monday, May 31 – just days after his close friend Clayton Bottomley, 18 (left) died in an industrial lift accident in Liverpool

Callum, who lived in the Crofton area of Wakefield died on Monday, leaving his friends and family devastated.

Eyewitnesses said Clayton and David Bottomley died after the external lift they were working on collapsed and plummeted to the ground in Liverpool city centre on Wednesday, May 19.

David, 53, died at the scene, while his son Clayton, 18, was rushed to hospital where he fought for his life, but died just four days later. 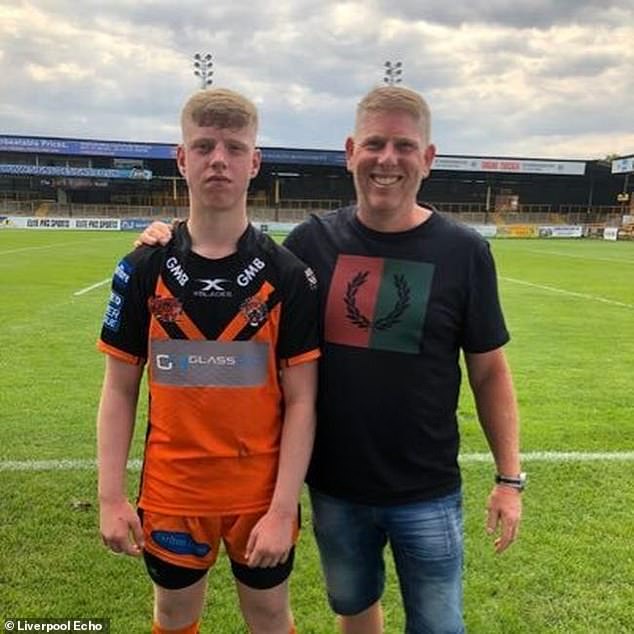 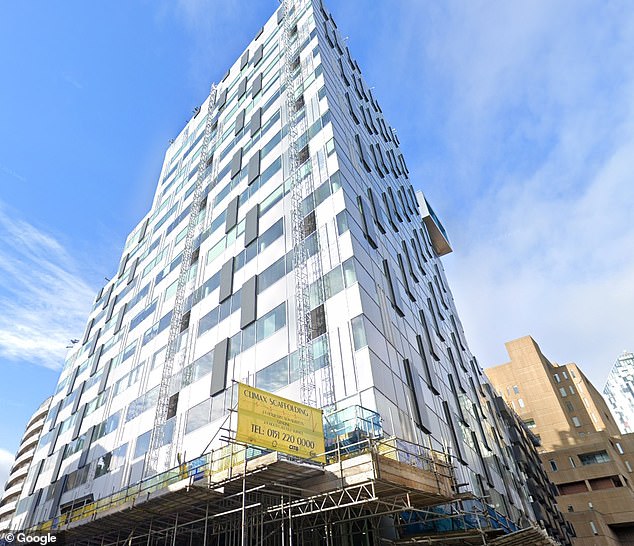 The pair had been working on the Unity Building in Rumford Place, Liverpool when it is reported that the mast lift they were using plummeted 100ft

David, who ran his own glazing company, was working with son Clayton on the Unity Building in Rumford Place when the lift they were on is reported to have fallen more than 100 foot at around 3.30pm.

The Health and Safety Executive say they are aware and are looking into the incident, as Merseyside Police are also investigating the circumstances surrounding the case.

One of Callum’s best friends, Taylor Hardwick, 18, who has set up a fundraising page in his memory, said of the teenager: ‘He always had a smile on his face and made everyone else smile too.’

The pair played rugby together at Eastmoor Dragons ARLFC and Taylor wanted to send out a message encouraging people to speak out about their mental health.

‘I want people to speak up and let other people know how they feel,’ he said. ‘With men, we have always got a chip on our shoulders.

‘We want to look good and we never speak about our feelings. Lots of us feel like we’re to blame and that we could have done more.

‘We spoke to Callum every day and checked up on him but we didn’t know how he was feeling and I’ve now come to terms with that and there is no way we could have known.’

Eastmoor Dragons ARLFC wrote on their Facebook page: ‘We have been informed of the truly heartbreaking news that one of our Juniors; Callum Cunningham is no longer with us.

‘Callum was a truly terrific player, with the heart of a lion, who feared nothing on the field and gave everything, every time he pulled the Eastmoor shirt on.

‘However, more importantly, Callum was a terrific young man who was great to be around.

‘The club would like to extended their condolences to Callum’s close family, friends and the community as a whole after this terrible news.

‘We want every individual to know that this club is here for people, no matter what.

If you need to speak to someone, you can call the Samaritans for free on 116 123

Tags: da, His, just, life, teenager, took
You may also like
Celebrities News