Headteacher who had to have his right leg amputated due to his diabetes was found dead on his bedroom floor after taking ketamine, inquest hears

John Farrell (pictured), ex-principal of Bishop Walsh Catholic School in Sutton Coldfield, was discovered on a bedroom floor by a friend on August 16

An ‘inspiring’ former headteacher was found dead after taking drugs amid struggles to manage his diabetes, an inquest has heard.

John Farrell, ex-principal of Bishop Walsh Catholic School in Sutton Coldfield, was discovered on a bedroom floor by a friend on August 16.

The ketamine and methamphetamines he had taken shortly before had a ‘knock-on effect’ on his diabetes which led to his death, Birmingham Coroner’s Court heard.

Assistant coroner Ian Dreelan told how Mr Farrell had a history of poorly managing his serious condition and drug misuse.

Managing his diabetes became increasingly difficult after his right leg was amputated due to diabetes in May 2021, only months before his death, the Birmingham inquest was told on Monday.

Medics had also referenced his drug use and depression following the life-changing surgery.

Referencing a previous incident, the coroner said: ‘He had clearly mismanaged his insulin levels and that led him into a very similar incident but on that occasion he lived to tell the tale.

‘He was struggling to get that balance right. He had been quite good at managing it but it was getting more difficult to do. The amputation had a profound effect on that.

‘On August 16 he was found deceased lying on a bedroom floor by a friend.’

His post mortem revealed he ‘used drugs shortly before his death’, which contributed to complications with his diabetes.

His cause of death was recorded as hypoglycaemia, caused by diabetes and ketamine and methamphetamine use.

Mr Farrell had been headteacher at Bishop Walsh for ten years and prior to that was assistant headteacher at nearby St Edmund Campion Catholic School in Erdington.

Both schools are part of the St John Paul II Multi Academy, where Mr Farrell served as a Catholic Senior Executive Leader, after leaving as principal at Bishop Walsh. 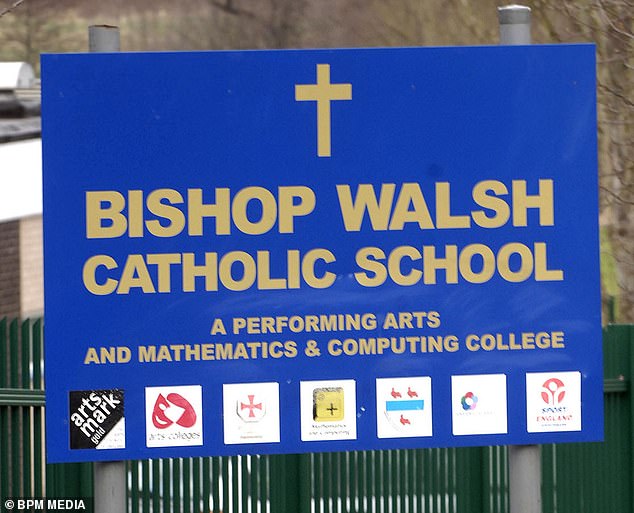 The ketamine and methamphetamines he had taken shortly before had a ‘knock-on effect’ on his diabetes which led to his death, Birmingham Coroner’s Court heard. Pictured: The school

He was from Sunderland but moved to the Midlands to study at Birmingham University in 1984 where he read history.

He then did a Post Graduate Certificate in Education in history, geography and PE, before becoming a teacher.

A statement said: ‘Mr Farrell made a huge contribution to thousands of lives in a long and distinguished career. His family requests privacy at this time.’

‘His heart-on-sleeve humanity set him apart. Like lots of my teachers at Bishop Walsh I owe him so much.’

Michael Baker added: ‘Heartbreaking. An incredible teacher, headteacher and employer who inspired me to become a teacher. May he rest in peace.’

Tags: ampu, had, leg, right, teacher, who
You may also like
Celebrities News