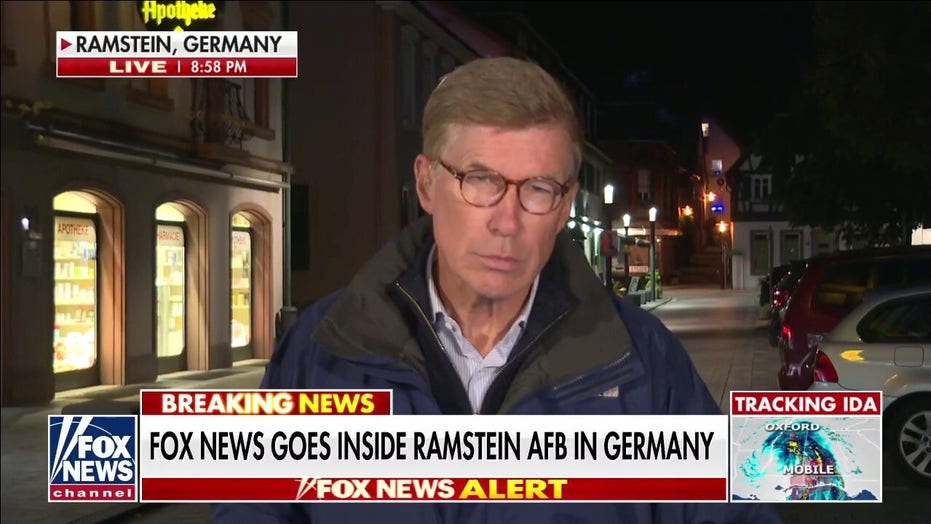 Refugees speak out after evacuating Afghanistan

Fox News’ Greg Palkot speaks to Afghan refugees in the final hours of the U.S. withdrawal.

With the U.S. withdrawal from Afghanistan complete and the Taliban the sole authority in Kabul, the tough task of governing now falls on the shoulders of Islamist militants who have been out of power for 20 years. The Taliban’s greatest obstacle to consolidating control over the entire country is likely to be fellow Islamist militants of the Islamic State’s affiliate in Afghanistan, known as Islamic State Khorasan Province, or ISIS-K.

ISIS-K claimed responsibility for the devastating terrorist attack at Hamid Karzai International Airport on Aug. 27 that killed 13 U.S. soldiers and at least 170 Afghans. The mayhem that ensued following the suicide attack severely damaged the credibility the Taliban had been trying to exert as the guarantors of security and stability surrounding Kabul’s airport while the U.S. and its allies completed the evacuation.

When the Taliban walked into Kabul virtually unopposed as the U.S. and Afghan allies were frantically trying to evacuate the country, the Taliban assured the U.S. that they would protect Kabul and the airport and provide desperately needed stability to the beleaguered city. The ISIS attack directly undercut this message and leaves open the question whether or not the Taliban can exercise its authority and control over a resistive population with ISIS-K on the offensive and a budding resistance movement brewing out of Panjshir Valley. 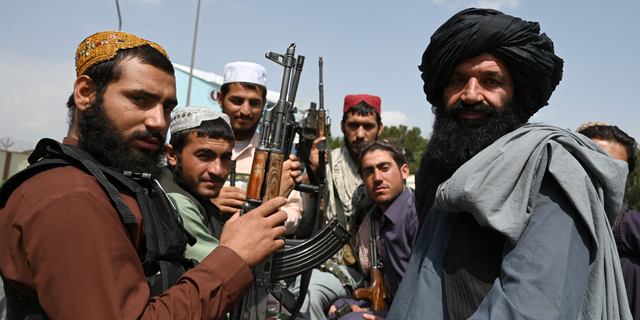 TOPSHOT – Taliban fighters sit on the back of a pick-up truck at the airport in Kabul on August 31, 2021, after the US has pulled all its troops out of the country to end a brutal 20-year war — one that started and ended with the hardline Islamist in power.
(WAKIL KOHSAR/AFP via Getty Images)

The instability that may be caused by a resurgent ISIS-K undermines the Taliban’s main argument in signing the 2020 Doha agreement with the United States, whereby the group assured the U.S. that Afghanistan will not again become a safe haven for terrorists to launch attacks against the U.S. or its allies in exchange for a full U.S. withdrawal.

As the U.S. withdrawal was moving apace, ISIS-K’s attack on the airport was strategic and calculated.

“The Islamic State’s attack likely had multiple objectives, including disrupting U.S. operations at the airport and embarrassing the Taliban as the Taliban tries to distance itself from terrorist groups and portray itself as being capable of providing security throughout the country,” Charles Thorson, Stratfor global security analyst at RANE, told Fox News.

“The attack also probably serves longer-term objectives of driving recruitment and reinvigorating the Islamic State’s image within the global jihadist community amid the group’s downfall in Iraq and Syria, Thorson added. ISIS-K is estimated to have between 2,000 and 3,000 fighters operating in Afghanistan and its ranks swelled with more fighters after prisoners were released when the Afghan government collapsed.

The attack from ISIS-K also highlights the internal fissures within the Taliban that will likely grow more profound as the Taliban enter the governing phase of their takeover. The Taliban have, at least rhetorically, struck a more moderate and pragmatic tone from their previous iteration in power 20 years ago. While leadership and spokespersons have remained mild in tone, the Taliban rank and file are filled with more extremist factions that will be more attracted to the radicalism that ISIS-K espouses. According to Thorson, such a structure is vulnerable to infiltration by more extreme organizations like the Islamic State. Although the Taliban and Islamic State are enemies, defections from one group to another suggest there may be pockets of sympathy within each group for the other.

After all, this is how ISIS-K formed in 2015, when disaffected remnants of the Pakistani Taliban and other Jihadist groups split and pledged allegiance to ISIS leader Abu Bakr al-Baghdadi. The rupture led to a declaration of war on both sides. “The hostility between the two groups arose both from ideological differences and competition for resources. IS accused the Taliban of drawing its legitimacy from a narrow ethnic and nationalistic base, rather than a universal Islamic creed. Meanwhile the Taliban continued to suffer as large numbers of its militants defected from the Taliban to join IS-KP,” according to an analysis at the Center for International Security and Cooperation at Stanford University. The Taliban also opposed ISIS’s transnational ambitions and global Jihad, preferring to focus only on Afghanistan and declaring an Islamic Emirate within the traditional borders of the country.

Attacks against innocent Afghan civilians and the Taliban are likely to increase now that the Taliban are the governing authority of the country. According to a June report by the United Nations Security Council, ISIS-K carried out 77 attacks in the first four months of 2021 and was an increase over the same period in 2020, with claimed attacks as low as 21. Further attacks will discredit the Taliban’s claim to be the legitimate rulers of Afghanistan and provide an incentive for more radicalized members of the Taliban to defect and join the more violent and globally oriented ISIS-K.

The U.S. launched the global coalition to defeat ISIS in Iraq and Syria in 2014 and remains adamantly opposed to ISIS in Afghanistan. Tacit cooperation between the U.S. and Taliban in recent years decimated the group for a time before it was able to reassert itself. Renewed cooperation between the Taliban government and U.S. might be one possible way to suppress the group. Chairman of the Joint Chiefs of Staff General Mark Milley said “it’s possible” for U.S. forces to cooperate with the Taliban in pursuit of counterterrorism goals in Afghanistan moving forward.

Complicating matters for the Taliban while they attempt to contain ISIS-K is the resistance movement from Panjshir Valley, known as the National Resistance Front (NRF). Panjshir Valley, which is not yet under Taliban control, is a historic hotbed of anti-Taliban resistance where many former Afghan security forces and other militias have sought refuge from the Taliban. Clashes between the Taliban and the NRF are already underway as the two compete for control of the last anti-Taliban holdout.

Tags: 2-front, A, have, Hea, Taliban, war
You may also like
Celebrities News