Switzerland will hold referendum on outlawing the introduction of mandatory vaccinations

Switzerland is set to hold a referendum on whether all mandatory vaccinations should be banned.

While mandatory vaccinations are not in place at the moment, they are currently allowed in Swiss law and the incoming president has said he would consider their use. 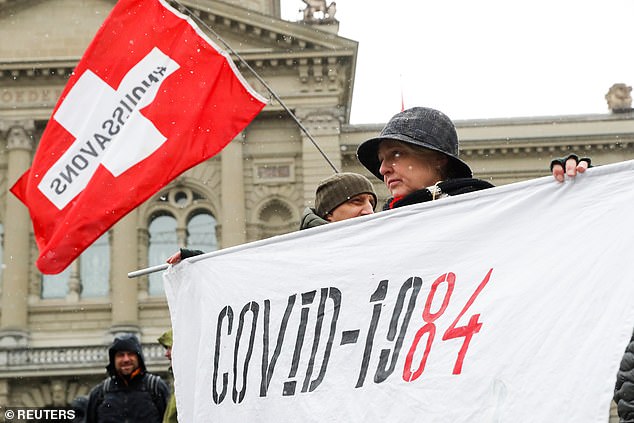 Switzerland is set to hold a referendum on whether all mandatory vaccinations should be banned. Pictured: anti-Covid protests in Bern

MLS is calling for the Swiss Constitution to be amended to include the fundamental right of each citizen to decide for themselves whether to be injected or implanted by anything.

The initiative says: ‘The person concerned must not be punished for having refused to give his consent, nor suffer social or professional disadvantages.’

The law would apply to Covid as well as ‘other vaccines, chips and digital information that would be implanted in the body’.

Swiss authorities have said mandatory vaccinations will not be enforced but the Epidemic Act does allow for compulsory jabs in extreme instances.

And the incoming president Ignazio Cassis said he would consider mandatory vaccines ‘as a last resort’ to curb infections.

Cassis, who takes office on January 1, is a trained doctor and said ‘mandatory vaccination can be useful’.

The date for the referendum in Switzerland’s famously democratic system has not yet been set but will likely take place in 2022. 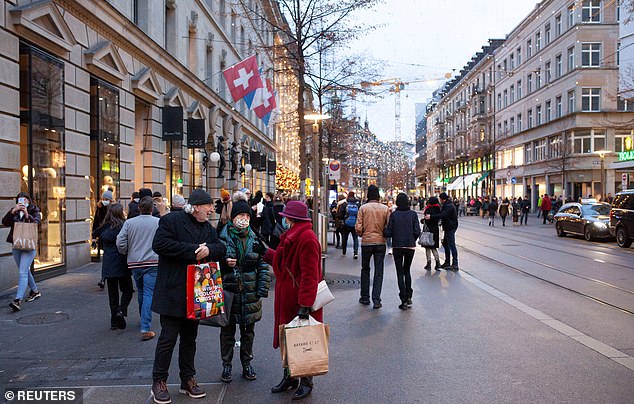 It comes after a recent controversial vote approved Covid restrictions and vaccine passports despite protests.

Around 62 per cent of voters supported the legislation, which had already been in force.

Health Minister Alain Berset said, with the result, authorities ‘still have the necessary instruments to manage the crisis, and we can, if necessary, adjust the instruments to developments.’

‘A decision has been made and we must come together now to get through this winter as well as possible,’ Berset said. ‘This is an appeal for unity but also for respect for decisions that have been taken.’

Turnout was 65.7 per cent, unusually high for a country that holds referendums several times a year.