The clip, made by Matdeuh, from France, captures the fictional character leaping out of the computer screen and wreaking havoc across the living room.

Super Mario appears to bounce on top of a number of objects, moving and knocking them over in the process. 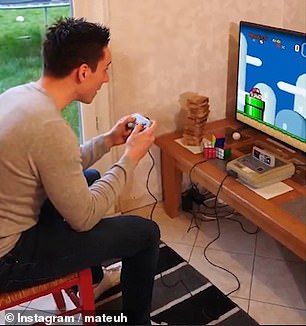 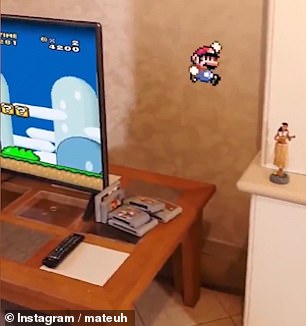 The special effects video begins with the video creator, Matdeuh, playing Super Mario (left), before the fictional character leaps out of the computer screen (right) and into the living room 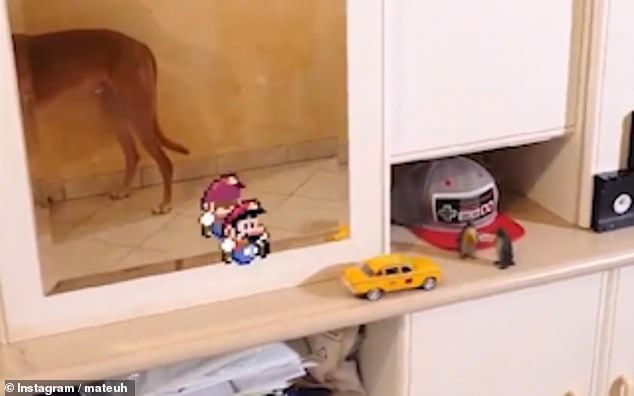 The animation runs along surfaces with his reflection visible in the mirror, above, bouncing on objects, appearing to knock them over in the process

The impressive footage shows the Japanese game’s mascot toppling over video games, wobbling a figurine and pushing along a toy car, which falls off the shelf.

Special effects then show an animated Super Mario climbing a stack of tapes as the video creator jokingly tries to catch him.

The character then appears to bounce on a cat’s head before running along a line of wallpaper and jumping onto the keyboard below.

The incredible video ends with the mascot vanishing down a green tube, similar to that of the warp pipe in Super Mario, and reappearing outside as a man dressed in the character’s costume. 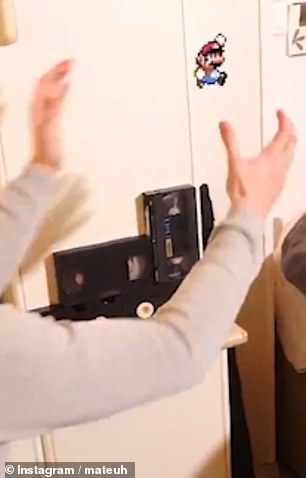 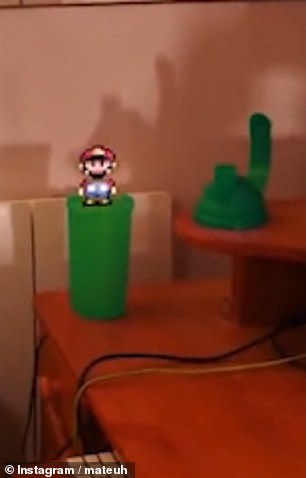 The gamer tries to catch Mario (left) in the special effects video, before the fictional character vanishes down a green tube (right), similar to that of the warp pipe in Super Mario 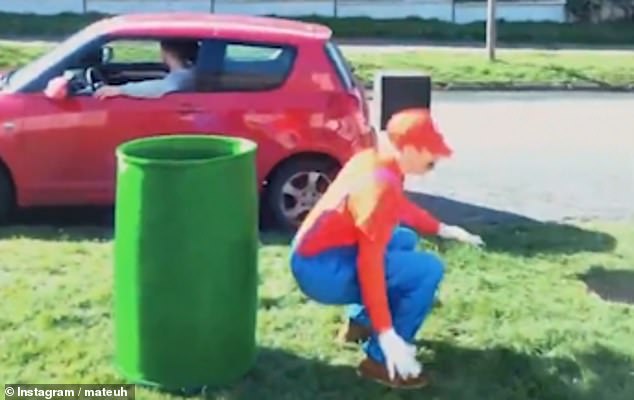 The camera pans to the outside, with a man jumping out of the green tube dressed in a Super Mario costume. He then pulls out a ‘passerby’ as he stages a car hijacking

The actor pulls a ‘passerby’ from their car and drives away in a staged carjacking, with the video creator giving a shocked look towards the camera.

Social media users heaped praise on Matdeuh after he posted the video onto his Instagram.

One wrote: ‘This is amazing, the attention to detail and the interaction with reality is unreal’.

Another said: ‘The bounce on the cat’s head ahahah! Brilliant video editing as always!’

Tags: computer, leaps, Mario, out, Super
You may also like
Celebrities News