Regional health services will provide boosters to Melburnians on holidays, and they are increasing coronavirus testing capacity as they brace for the Omicron variant to spread throughout coastal communities.

The holiday peak looms as a major test for Victoria’s regional health system, with many Melburnians expected to seek out boosters during their summer break after the federal government cut waiting times from six to five months after the second shot. 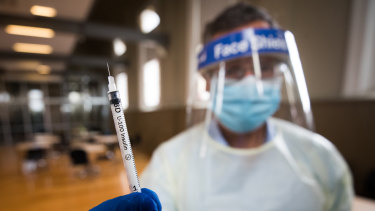 Coastal health services are already feeling the pressure of holiday crowds, with an outbreak connected to a schoolies gathering at a pub in Torquay reaching 39 cases this week.

Some parents are also expected to seek vaccinations for their children, while away on holidays, when coronavirus immunisations open next month for children aged five to 11.

He said the unit’s COVID-19 testing team had been working with pathology partners to prepare for possible demand increases.

The health service had to temporarily restrict walk-in boosters earlier this week due to unexpected demand following the reduction in booster waiting times.

“We expect some holidaymakers from other regional areas and Melbourne suburbs to have their boosters and their children vaccinated in our region, and the community vaccination hub in Norlane will be prepared for this along with GPs and pharmacies in these areas,” Professor Athan said. 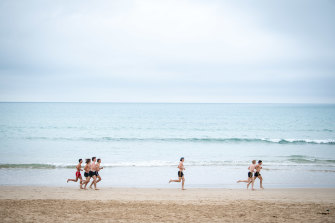 Coastal towns, including Lorne, are preparing for the summer influx, which will put more pressure on regional health services. Credit:Eddie Jim

He said his unit was preparing public health messages urging people not to attend Christmas events or nightclubs if they felt unwell.

“We do expect a rise in cases in the region over summer and while there are currently no known confirmed cases of Omicron identified in the Geelong region, our contact tracers are preparing for its likely introduction and a significant increase in cases that will result.”

Victorian Healthcare Association chief executive Tom Symondson said COVID-19 was now spreading faster than before and hospitals may be overwhelmed in coming months.

“This is particularly scary for health services in rural and regional areas that have fewer facilities and staff to draw on in times of extreme demand,” he said.

He urged Melburnians to get tested before leaving for holidays if they felt sick while packing.

“If you’re heading to a rural or regional area for your summer holiday, don’t take COVID with you.” 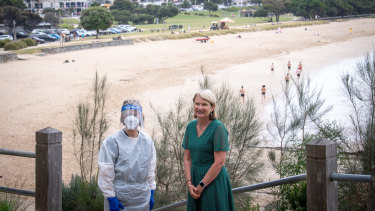 Chief executive Sandy Chamberlin said her service was already scheduling boosters for eligible local people before Christmas to allow for a broader booster program in January.

“For us, it’s a no-brainer. We’ve got to vaccinate the people who come to our area as well,” she said. “That’s how we maintain our high vaccination and low COVID rates.”

Great Ocean Road Health will offer boosters in its general practices at Lorne and Apollo Bay.

Ms Chamberlin said she would order the maximum number of boosters, but staff and supplies were limited.

Rural Doctors Association of Victoria president Rob Phair urged Melburnians to get their boosters at home to avoid placing an additional burden on country health services.

“Ideally, get your booster before you go,” he said. 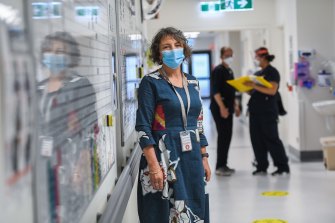 Bairnsdale Regional Health Service chief executive Robyn Hayles said she had arranged for extra staff from Melbourne to assist from the new year until Australia Day.

“We definitely expect an increase in testing,” she said.

Ms Hayles said preparations were under way to vaccinate children, including many from Melbourne who would be holidaying in nearby coastal areas.

“Parents often come down for the whole of January, and they’re likely to want to get their kids immunised before school goes back,” she said. 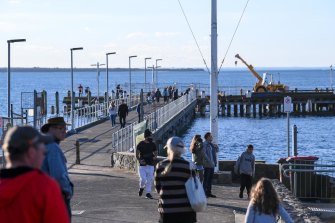 Phillip Island is already experiencing increased demand for testing ahead of the summer rush. Credit:Eddie Jim

“We know some of those are people holidaying or people moving to their holiday houses for three or four months,” Ms Child said.

Ms Child said there had been a spike in local cases just before and throughout the schoolies holiday period.

The health service is also preparing to vaccinate more holidaymakers during summer.

“It doesn’t matter what [the address on] their driver’s licence says. We’ll vaccinate them,” she said. “If they’re going to be eating in our restaurants and going to our beaches, we want them to be safe.”