A Sorrento hotelier who launched a failed High Court bid against the state’s lockdown measures has narrowly avoided jail after police found him hiding in a cubby house following a drunken crash. 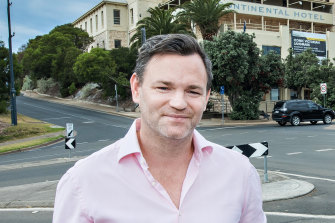 The crash happened a few weeks after Gerner’s challenge against the Andrews government’s COVID-19 lockdown, was dismissed in the High Court.

Gerner’s challenge, which was financed by billionaire businessman and horse racing identity Jonathan Munz, claimed the restrictions on his business and movement were unconstitutional.

On Friday, Frankston Magistrates Court heard Gerner, who owns Morgan’s restaurant and bar in Sorrento, blew three times the legal alcohol limit after crashing his black Land Rover wagon into a roundabout and power pole in Sorrento about 10.50pm on December 13 last year.

After a neighbour called triple-0 to report the smash, police arrived to find the scene abandoned. A registration check of the vehicle led them to Gerner’s home about 400 metres away, where they found him inside a children’s playhouse in the front garden. 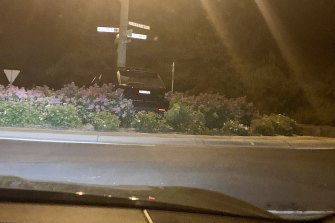 The scene of the crash.

Police said he appeared alcohol affected, unsteady on his feet and smelt of liquor. Gerner later recorded an alcohol reading of .179 at Rosebud police station, where he admitted to drinking beer and wine before driving, the court was told.

“I gave the accelerator a bit of a push, the car is supercharged, [and] I could not steer clear of the power pole,” his police statement read.

The court heard Gerner was going through a period of high stress following a “betrayal” in his business dealings and COVID-19 pressures, and had since given up drinking alcohol. 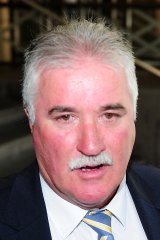 His lawyer Bernie Balmer said media coverage of the crash caused his client great embarrassment as he was well known in his local community for owning hotels for 25 years, and had received death threats after being “the face” of the High Court lockdown challenge.

Gerner was now reduced to riding an e-scooter around Sorrento due to his loss of driver’s licence, Mr Balmer said.

Despite the explanation, Magistrate Gerard Lethbridge revealed Gerner had numerous prior driving offences, including drink-driving, driving unlicensed and refusing a roadside breath tests in 2008 and 2010.

The magistrate said there was “no question” that any further driving offences would see Gerner sent to prison.

“Most people manage to get through their lives without any drink-driving, dangerous driving or driving while suspended. [The time between the latest offence] is the only reason why I’m not sending him to jail today,” Mr Lethbridge said.

“Mr Gerner, you’ve got to understand that the law applies equally to all people. Rich, poor, privileged, business owners, workers; it doesn’t matter.

Gerner was convicted and fined $4000 and had his licence cancelled for a further two years from Friday.

He declined to comment when contacted after the hearing.