Slender Man stabbing: Judge orders release from mental facility of one of the two girls, both aged 19, who lured classmate to woods seven years ago and stabbed her 19 times to please the fictional horror character 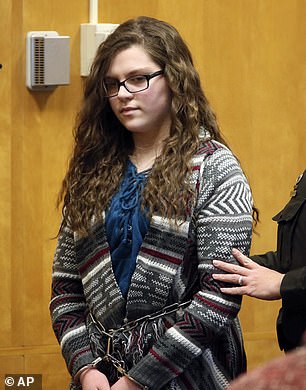 Anissa Weier, 19, will be released from the Winnebago Mental Health Institute after judge ruled that she is no longer a threat to anyone

A Wisconsin judge on Thursday ordered the release of a woman convicted of stabbing her classmate to please the Slender Man character in 2014.

Nineteen-year-old Anissa Weier asked Waukesha County Judge Michael Bohren this year to release her from the Winnebago Mental Health Institute, arguing she was no longer a threat to anyone.

Bohren agreed during a hearing Thursday, though she won’t be released immediately. Bohren ordered the state to prepare a release plan. He gave state officials 60 days. Meanwhile, Weier will return to the mental health facility. A hearing is set for September 10.

Weier and her friend Morgan Geyser lured classmate Payton Leutner into a Waukesha park in May 2014 following a sleepover.

Geyser stabbed Leutner multiple times as Weier encouraged Geyser to inflict the injuries. All three girls were 12 years old at the time. 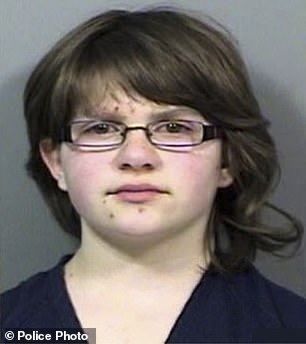 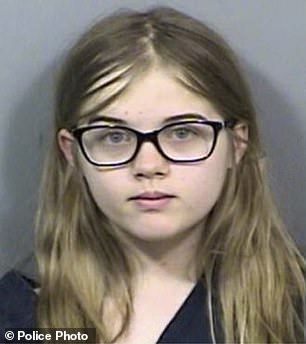 Weier (left) was 12 years old when she and her friend, Morgan Geyser (right), stabbed classmate Payton Leutner in 2014 and left her for dead 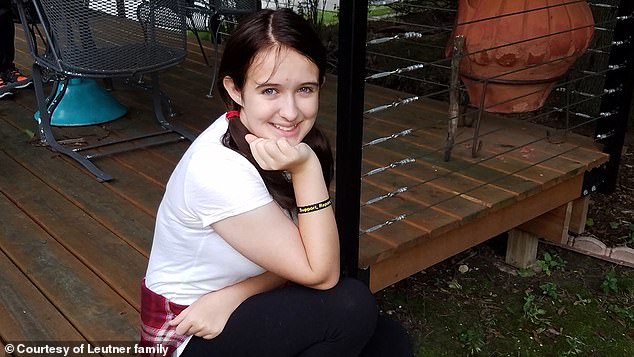 Leutner barely survived her wounds. Weier and Geyser told investigators that they stabbed her because they thought Slender Man was real and attacking Leutner would make them his servants and keep him from killing their families.

Weier pleaded guilty to attempted second-degree intentional homicide, but a jury found her not criminally responsible due to a mental disease.

Her father claims she suffered from no mental illness but psychologists said Weier suffers from shared delusional disorder – a delusion among two or more people who are in a close relationship – due to Geyer’s undiagnosed schizophrenia, according to the Journal Sentinel.

According to WITI, Weier is not currently on any psychotic medications and her father said she can stay with him after her release. She hopes to get a part-time job to support herself, according to the outlet.

Other professionals says she has schizotypal personality disorder, in which people tend to hold strange beliefs and cannot pick up social cues.

Bohren sentenced Weier in December 2017 to 25 years at Winnebago. Weier had petitioned Bohren for conditional release in March, saying she had exhausted all her options for treatment at Winnebago and she needed to rejoin society.

Prosecutors countered that Weier remains dangerous and will have a hard time making friends outside the institution, which could lead her to associate with mentally disturbed people.

Geyser pleaded guilty to first-degree attempted homicide and in 2017 was found not guilty by reason of insanity. She was sentenced to 40 years in a mental health institution and will be 55 when she is released.

WHO IS SLENDER MAN? THE ONLINE MYTH TEENS BELIEVED BEFORE STABBING THEIR FRIEND 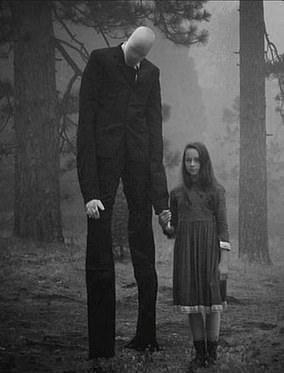 The Slender Man is a fictional character that originated in an online art contest in 2009, before becoming a popular meme.

It is what drove Anissa Weier and Morgan Geyser to stab their friend Payton Leutner 19 times in May 2014 in Wisconsin.

The girls feared their own families would die if they did not follow its orders.

The mythical creature is often depicted as an unnaturally tall, thin figure with a blank, featureless face, wearing a black suit.

The character is said to have creepily long, tentacle-like arms, which can be extended to capture prey.

It is described as stalking, abducting and traumatizing children, and – depending on variations of the urban legend – can cause memory loss, insomnia and paranoia.

It is also said to be able to create distortions in photographs and teleport.

The character is understood to have originated in a Photoshop contest on the forums of comedy website Something Awful in 2009.

It then went viral, with numerous works of fan art and short scary stories – known as ‘creepypasta’ – published online.

The character has developed its own life online, with two feature-length films funded in part by Kickstarter appearing in 2012, along with many amateur video games and pop-culture references.

Tags: 19', Man, Slender, stabber, will
You may also like
Celebrities News