Members of Victoria’s SES say they have experienced bullying, sexual harassment, discrimination, abuse, stalking and a workplace rape in a damning culture survey conducted by the organisation’s volunteers’ association.

People reported being bullied at work (133 reports), witnessing bullying (109) or being a support person for someone targeted (86 ). Gendered abuse included cases of coercive control (47 reports), sexual harassment or unwanted attention (75), and 12 stalking allegations.

The report, which Victorian SES Volunteers Association (VicSESVA) president Dr Faye Bendrups will release to members on Monday, was commissioned after 26 cases of “bullying, harassment, discrimination [and] misconduct” were reported to the group following media revelations of similar incidents at emergency services, including Ambulance Victoria and the CFA. 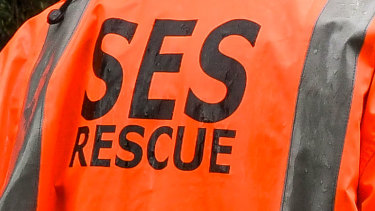 The report found that many volunteers leave the service quietly “rather than persist in a damaging work environment”.Credit:< >

“Disturbingly, one report in the qualitative comments concerned assault and attempted rape by a
unit controller,” the report said. “What appears to be the same matter was separately reported in another question in this survey by someone who was clearly a staff member.”

It noted the SES had informed the volunteers’ association it had “no right” to survey staff, and that it was not given any means to contact the whole SES cohort, relying instead on word of mouth to reach 285 people who participated in the survey, which ran for six weeks in May and June.

One respondent reported a rape allegation and another substantiated what appeared to be the same allegation: “A member reported to me that a unit controller had sexually assaulted her and attempted to rape her.”

Several members said they had considered suicide as a result of the bullying or the response of the organisation to the bullying.

One respondent wrote: “I thought about taking my own life on many occasions.”

Another said: “I went through prolonged targeted bullying supported by both operations managers and ignored by the then regional manager. The system supports those people in higher positions. I suffered from suicidal thoughts and was thrown under the bus. I only survived because I had support from other volunteers.”

Many said their mental health had been badly affected, some had received diagnoses of depression or anxiety because of their treatment.

“Being a staff member was one of the most horrific experiences of my life – the abuse I received from other staff and volunteers was something I was expected to accept,” wrote one.

Three out of four participants replied that their negative experience with the SES had affected their general health, wellbeing or ability to undertake normal work-related duties.

“After receiving this threat I vomited, was unable to eat and slept badly,” said one. “I replayed this conversation in my mind for at least a week,” said one. In many instances, alleged perpetrators’ names were supplied, but these were redacted in the report.

The 60-page VicSESVA Conduct and Culture Survey 2021 report found that many volunteers leave the service quietly “rather than persist in a damaging work environment”.

One-quarter of respondents in the SES had served for five to 10 years, and nearly one in five (18 per cent) had served 10 to 15 years.

Dr Bendrups said she would comment on the report after it was released on the group’s website on Monday.

Stephen Griffin, chief executive of VICSES, said management had been handed the report on Thursday and the organisation “takes any report of bullying, harassment, or misconduct of any kind very seriously and responds through a fair and consistent process”.

“In serious cases, this includes appointing independent investigators,” he said. “Allegations of unlawful conduct would be referred to Victoria Police.”

He said VICSES had commissioned an independent review in May 2021 and encouraged any member with experience of sexual harassment or discrimination in the service to contact an external expert.

One serving SES volunteer who alleges workplace bullying and who participated in the report told The Age the allegations in the report, especially other members’ comments, “tells me what happened to me is not isolated; it’s just another day in the office at this place”.

“I’ve always considered myself to be resilient, but psychologically I was at the lowest I’ve been … I could see how certain people would start thinking about self-harm. It certainly harmed my mental health and I did end up seeking psychological support.,“he said.

“In addition, I would say that the contents of the survey are so harrowing and so closely aligned with my traumatising experience … that the only sensible position for Parliament is to suspend the executive and the regional managers while a thorough investigation is conducted.“

Another serving volunteer said what started with name-calling and bullying on the job after she suggested a problem needed addressing, evolved into “issues of harassment and comments such as, ‘have you slept with her yet?’”

She said she had complained but the matters were never investigated.

The report noted that throughout the consultation the association had offered members support and access to counselling or psychologist services “as many members expressed distrust with using VICSES agency staff for this, or reported that their confidences had been breached in the past”.

One said: “One … colleague told me that she knows everything I said to the person at State HQ – a very serious breach in highly confidential discussions.”