A LUCKY Scots couple were thrilled to scoop £5million on the National Lottery.

Paul and Louise Drake, 47, from Seafield, West Lothian, were both key workers throughout the pandemic and have now landed a life-changing jackpot. 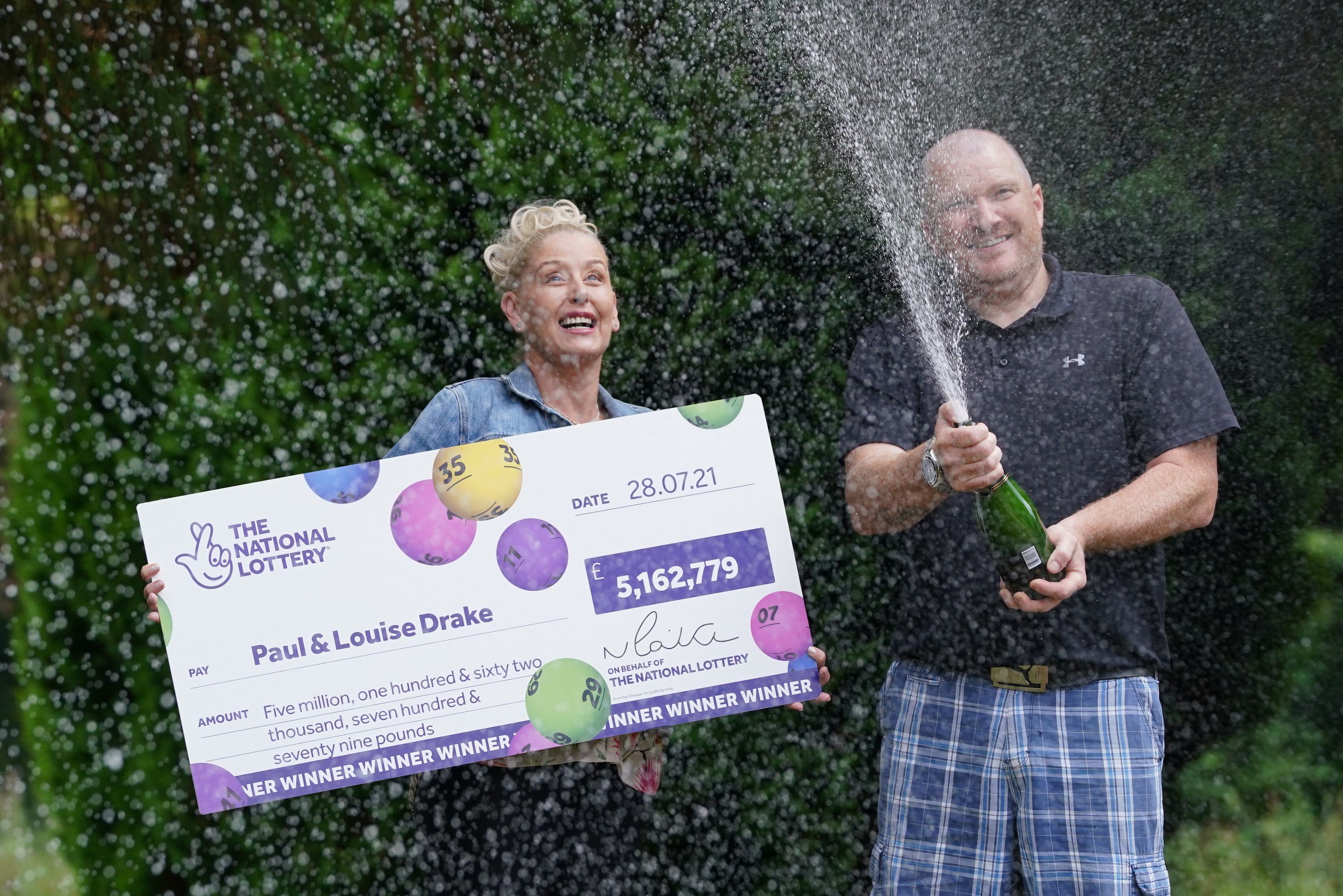 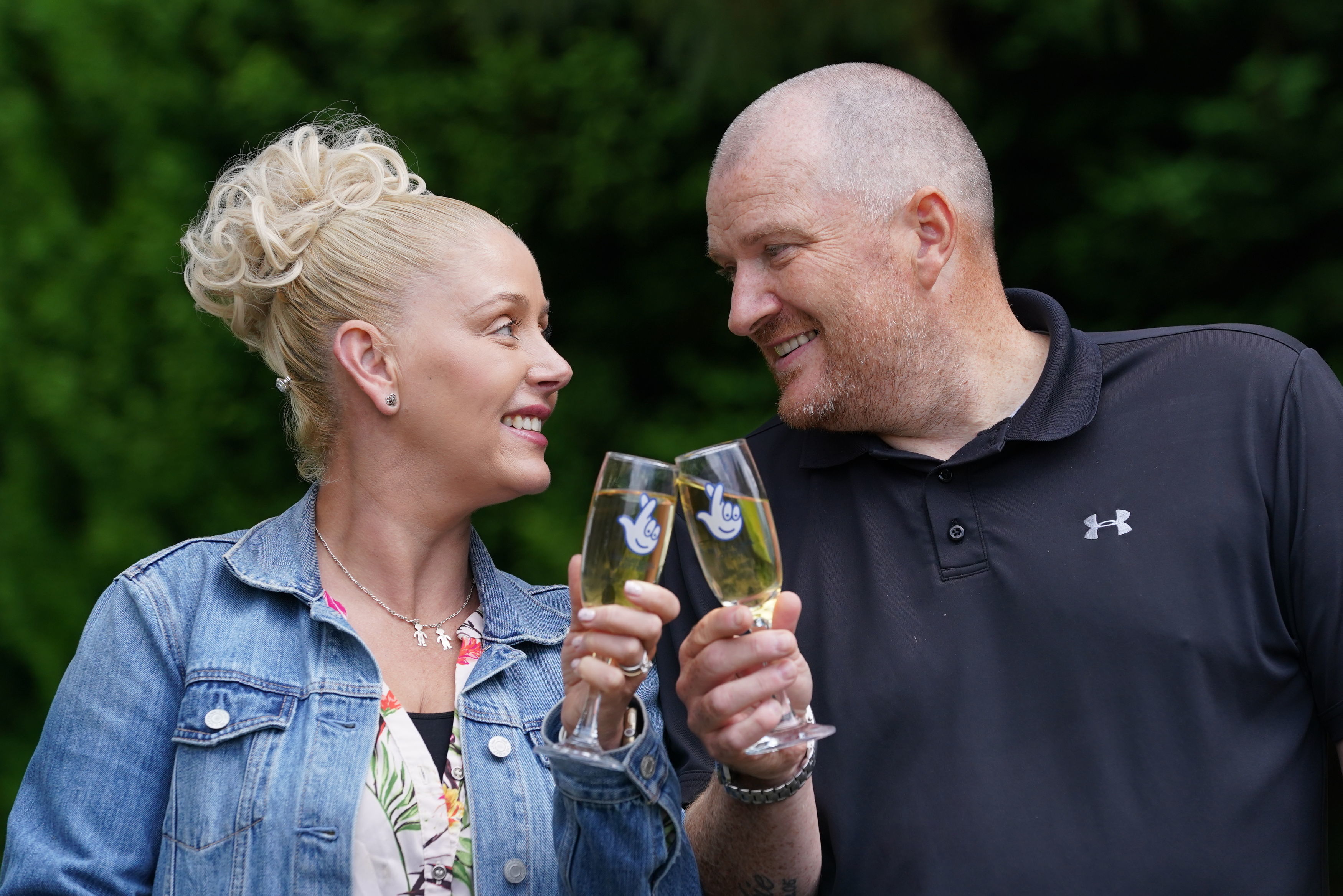 The couple have two sons, 15 and 11, with recently leaving his job as a Production Operator with Lidl and Louise working a district nurse.

For the golf and car fanatic the discovery of his life-changing win certainly gave him the early morning kick he needed as he prepared to head out for work.

He said: “I car share with two colleagues, and it was my turn to do the driving.

"It was about 4:30 in the morning and I was just getting into the car when I had this niggling feeling to check my Lotto Lucky Dip numbers. I checked my ticket and just sat there in shock.

“Now, I’m not an emotional guy but I just burst into tears. I ran back into the house screaming and woke Louise up to tell her. We just couldn’t believe it.

"As I was the designated driver that day I still had to go and pick up the guys for work. It was so hard to keep it to myself. I went into the office and just said I wouldn’t be able to come in that day.

“The guys who I drove to work knew something was up and that I was acting strangely So it wasn’t long before people guessed. Our friends, family and colleagues are over the moon for us, they’re really chuffed, which is great.”

Louise went into panic mode when Paul rushed into the house at the crack of dawn, immediately thinking something was up.

She said: “I got such a fright thinking something was wrong, but he was shouting something about winning the lottery. At first I thought it was £5,000 and tried to go back to sleep. But obviously that didn’t happen!”

Car fanatic Paul has already set his sights on a Porsche, and potentially a state-of-the-art Range Rover.

Louise loves to travel and wants to take the boys to New York, while also planning a family trip to Florida.

Paul added: "We’ve both worked hard all our lives, as did our parents before us. This money is absolutely amazing, and it will change our lives dramatically from a financial perspective, but we won’t let it change who we are.

"I’ll still chase a bargain and I definitely won’t be paying £6.50 for a bacon roll at the golf club.”

“Normally I am quite organised with my playing but on this occasion I must’ve been rushing about too much, probably taking one of the kids to an activity! I ended up just grabbing three Lucky Dips. I can tell you, the winning Lotto ticket did not leave my side for a week!”