Hundreds of stray dogs are found piled on top of each other after being ‘illegally’ slaughtered in Russia, as activists say some were decapitated instead of being neutered and released

The corpses of hundreds of stray dogs have been found piled on top of each other in a container – some decapitated – in what activists say is an example of illegal slaughter.

Animal rights campaigners allege cruelty by a company employed to round up strays in Yakutsk.

The heads of larger dogs were severed, say reports.

‘All the animals have been murdered,’ said the activists in a complaint to the General Prosecutor of Russia.

By law strays should be caught, sterilised and released – not slaughtered, they said.

One container revealed by animal activists was filled with the corpses of 153 dogs and 48 cats.

City officials say some animals were slaughtered amid fears of the spread of rabies, a claim that activists say is untrue. 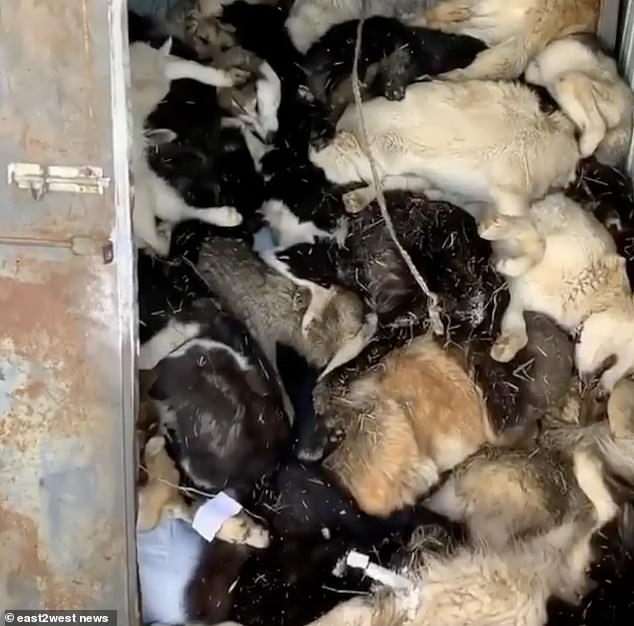 Some of the animals, pictured here in an undated photograph, were beheaded. Officials said the macabre procedure took place to test them for rabies, fearing the spread of the disease 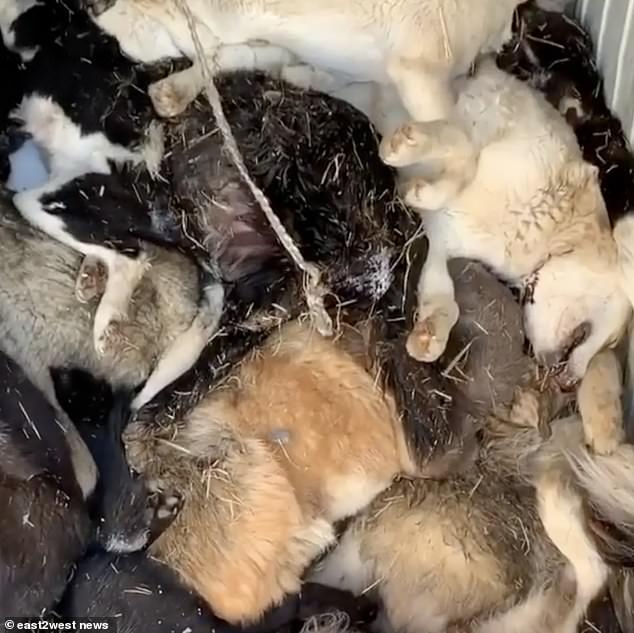 A container has been found with the corpses of 153 dogs and 48 cats in the Siberian city of Yakutsk. Pictured: The dead animals in an undated photograph 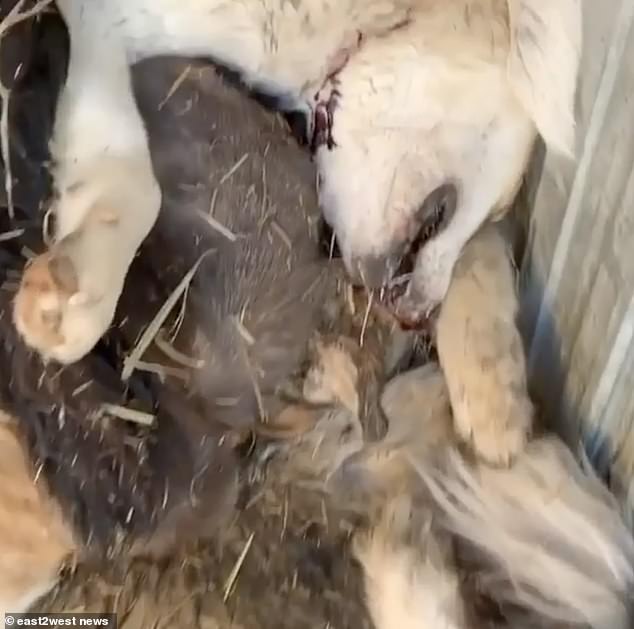 A second container had an unspecified number of destroyed dogs and cats.

One account estimated that there were 260 dead animals in total.

Amid a mounting scandal, the mayor of Yakutsk, Sardana Avksentyeva, one of Russia’s most prominent female local politicians, denied giving orders to kill the animals.

Aysen Nikolaev, head of the government in Yakutia, the country’s largest region, ordered an immediate investigation as state prosecutors also set about probing the the scandal. 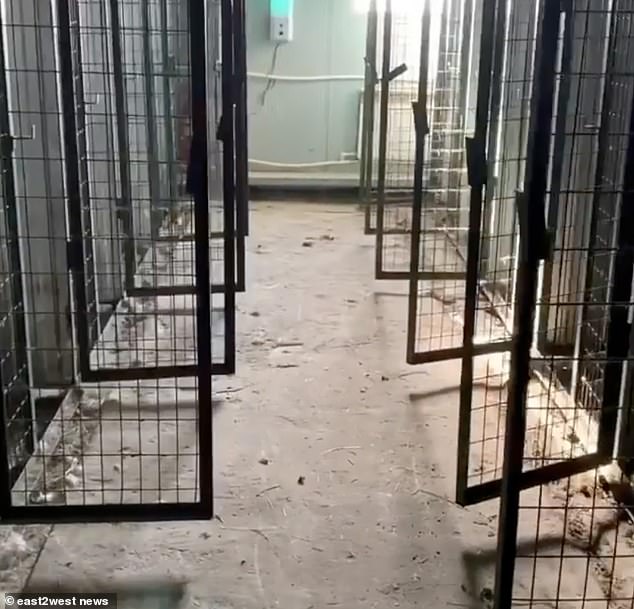 Activists allege that the rabies ‘excuse’ was used to clear space at a temporary shelter for other strays the dog-catching company were impounding. Pictured: Undated photograph of empty cages at a dog shelter in Yakutsk 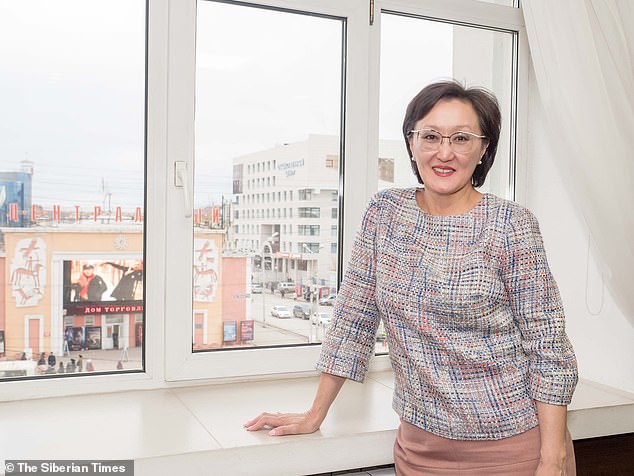 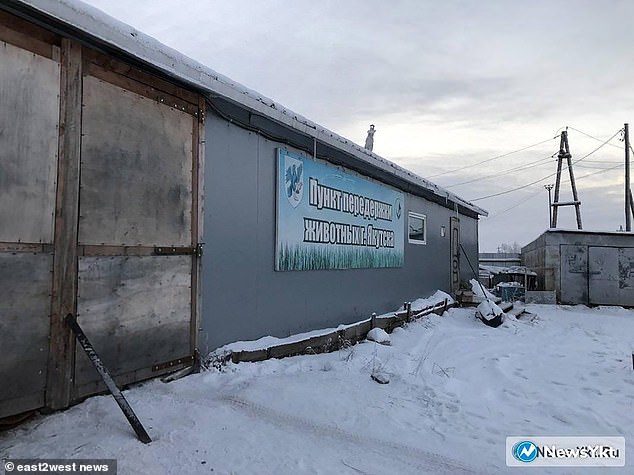 Pictured: The container where the corpses of an estimated 260 dogs and cats were found in Yakutsk, Siberia, Russia in an undated photograph

Later the regional veterinary service said 72 animals that had come into contact with a rabid dog had been put down.

Official Pavel Pavlov said some heads were severed before being tested for rabies.

But the activists dispute that there were any cases of rabies, and it is unclear why there is a discrepancy in numbers.

The rabies claim was used as an ‘excuse’ to slaughter the animals and ‘free space’ at a temporary shelter for other strays the dog-catching company were impounding, they alleged.

‘I was told there was a container full of corpses – and no living animals at the temporary shelter facility,’ said activist Zlata Sycheva. 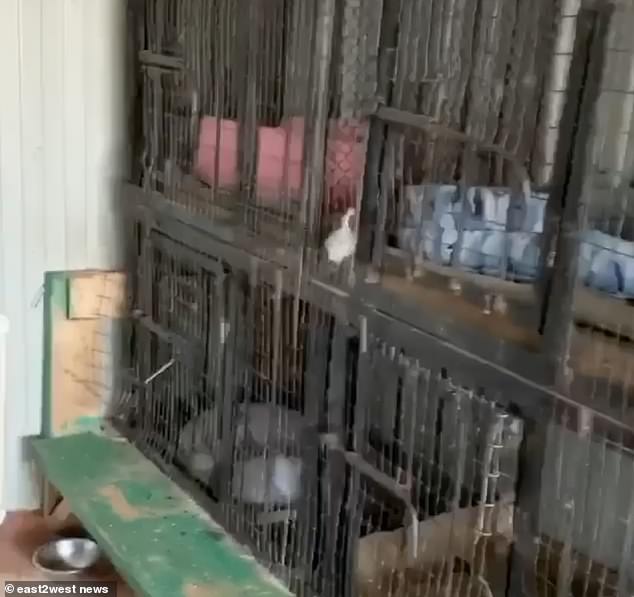 Pictured: Empty cat cages at the Yakutsk impounding facility in an undated photograph 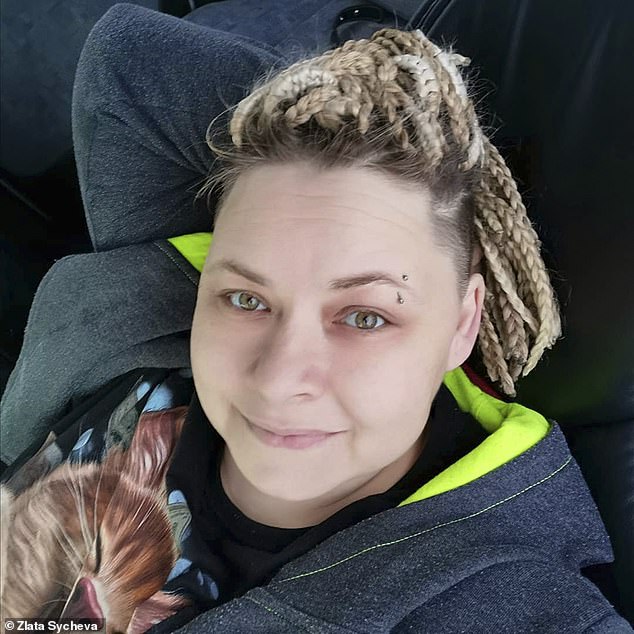 ‘I was told there was a container full of corpses – and no living animals at the temporary shelter facility,’ said Yakutsk activist Zlata Sycheva (pictured in an undated photograph)

‘In the morning we were not allowed there allegedly because of quarantine due to rabies.’

But there was no evidence of rabies among the slaughtered animals, and a second container was found, said the campaigners.

‘The dogs could not have killed themselves,’ said Sycheva.

Company MUP Zhilkomservice – employed to care for stray dogs – has not responded to local journalists.

The state prosecutors’ office in Yakutsk confirmed it had begun legal checks into the grisly case.

Tags: accused, O, of, officials, Russian
You may also like
Celebrities News