Russian President Vladimir Putin will self-isolate after cases of COVID-19 were detected in his entourage, according to a report.

The Kremlin on Tuesday said that Putin will not travel to Tajikistan this week for planned regional security meetings, Reuters reported.

Putin called Tajikistan’s President Emomali Rahmon and told him he could not travel because he was self-isolating and would instead take part in meetings via a video link. 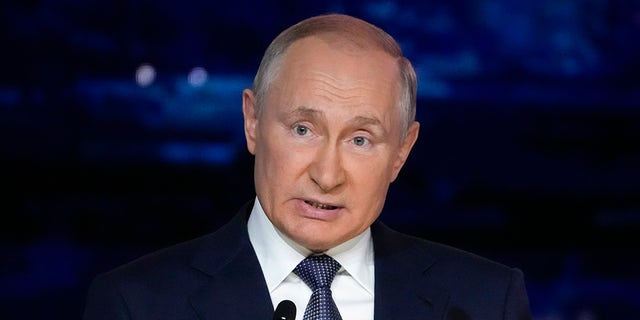 Russian President Vladimir Putin gestures as he delivers his speech during a plenary session at the Eastern Economic Forum in Vladivostok, Russia on Sept. 3, 2021. (AP Photo/Alexander Zemlianichenko, Pool, File)

“Putin said that due to cases of coronavirus in his entourage, he has to observe a self-isolation regime for a certain period of time,” the Kremlin said in the statement, according to Reuters.

In June, Putin revealed that he had received the domestically developed Sputnik V vaccine earlier this year.

At the time, he stressed the importance of getting vaccinated due to a surge in coronavirus infections and deaths in Russia.

Peskov didn’t elaborate on how long Putin would remain in self-isolation. He noted the president would continue to work as normal.

As of early Tuesday, at least 7,055,296 coronavirus cases have been reported in Russia since the start of the pandemic, along with more than 190,000 deaths, according to data from Johns Hopkins University.

Tags: after, co, Putin, self-isolate, to
You may also like
Celebrities News