HORRIS the bulldog is in the doghouse after he ate through £1,500 worth of furniture and clothing – including two sofas.

Owner Julie Ann, 64, was horrified when she returned home to find the puppy with foam hanging from his mouth after chomping through a £500 Chesterfield sofa. 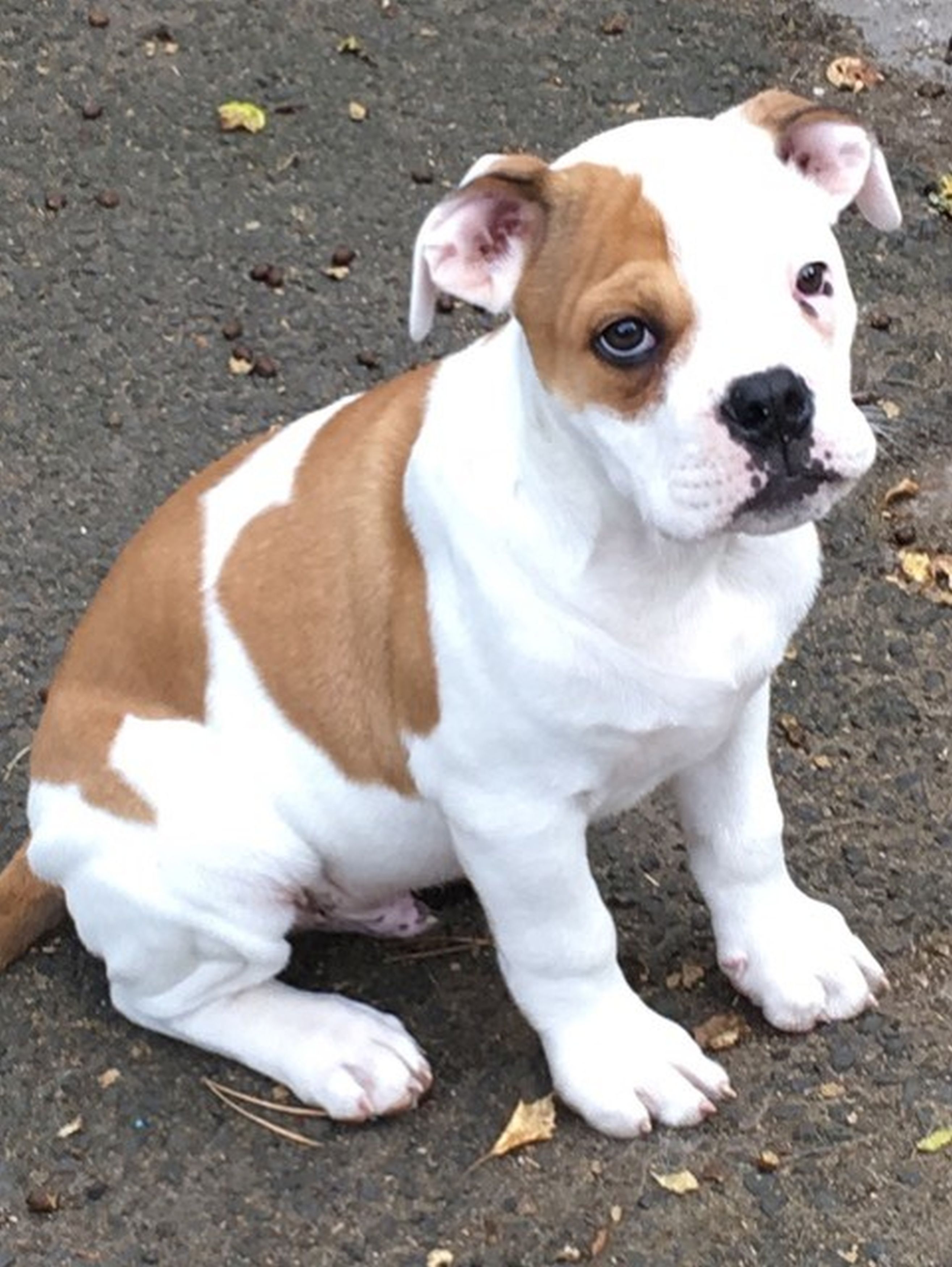 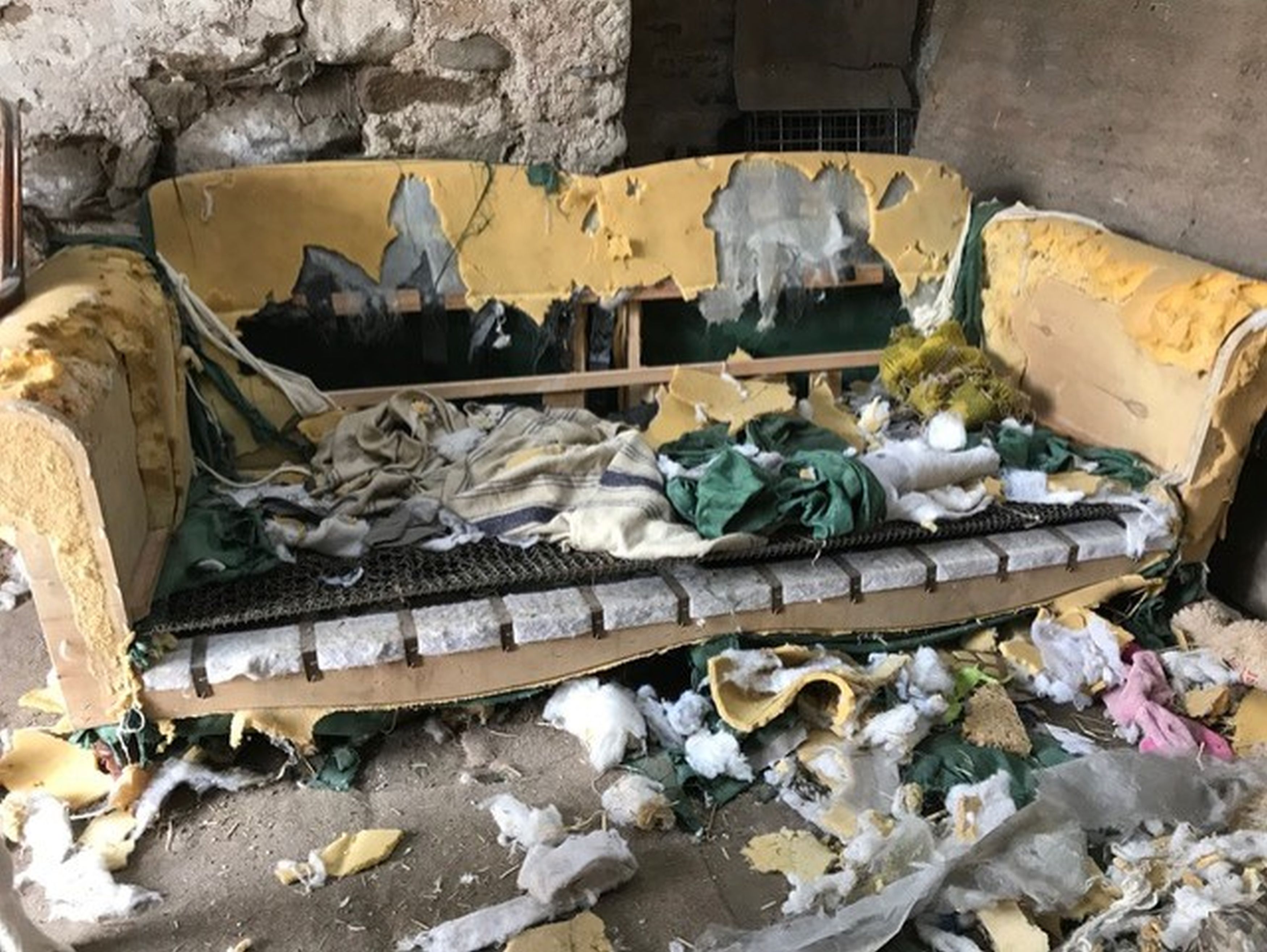 It was the second settee he had destroyed during lockdown – weeks earlier he had chewed a £700 conservatory couch to bits.

The one-year-old pooch has also chomped his way through £350 worth of footwear including pairs of designer Hunter and Le Chameau wellies.

B&B owner Julie, of Berwick-upon-Tweed, Northumberland, said: "I'm just hoping he's going through a naughty phase as some dogs do and am just going to have to ride it out.

"He shredded the green Chesterfield sofa in one go.

"I was out around three hours for an appointment. I left at 1pm and was back by 4pm and in those three hours he pulled the sofa to bits and shredded it.

"He looked guilty as anything, wagging his tail with this big piece of foam in his mouth as if to say 'look what I've done mum'.

"He's been a very good dog and then all of a sudden he's turned into a wild child. 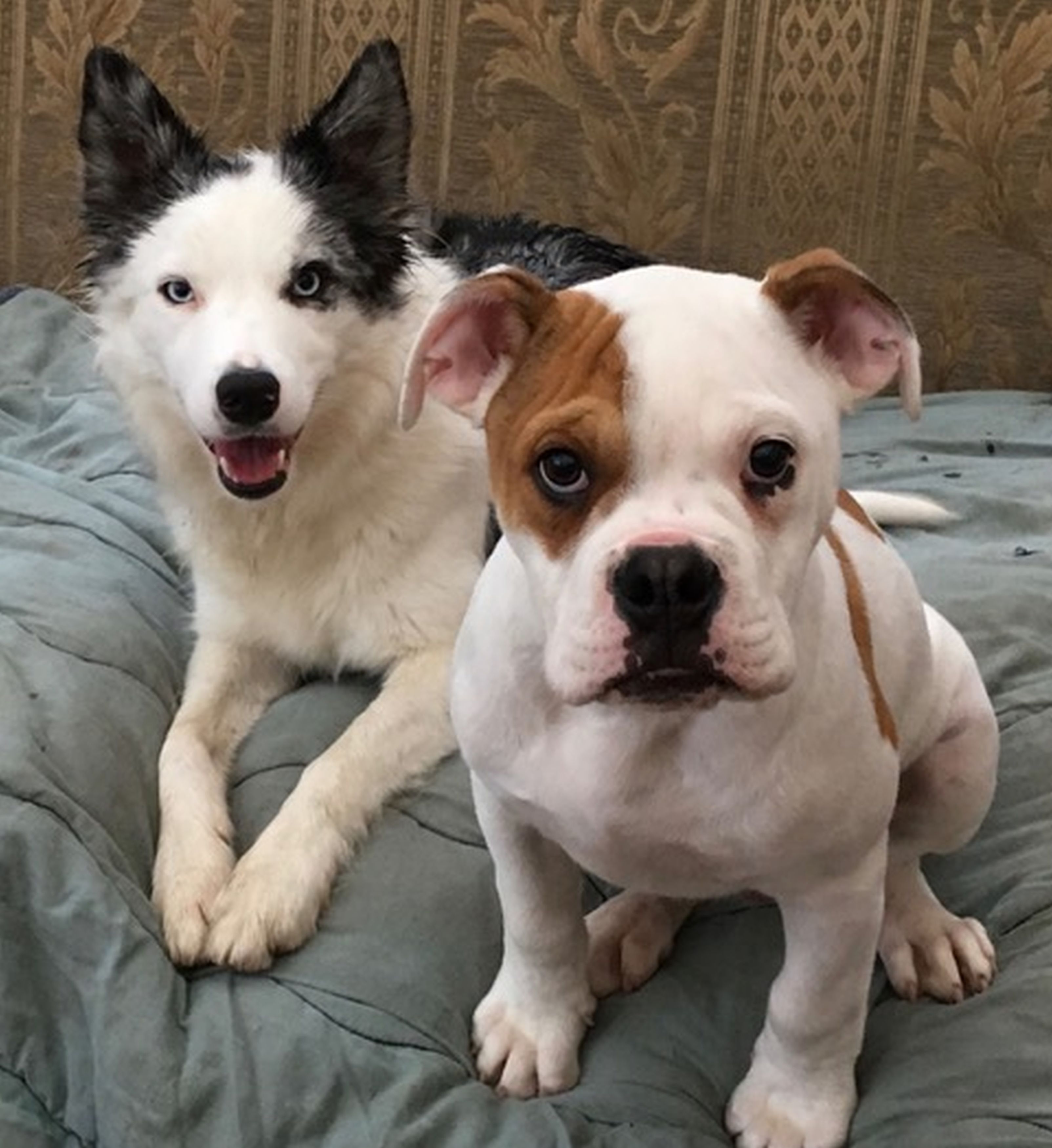 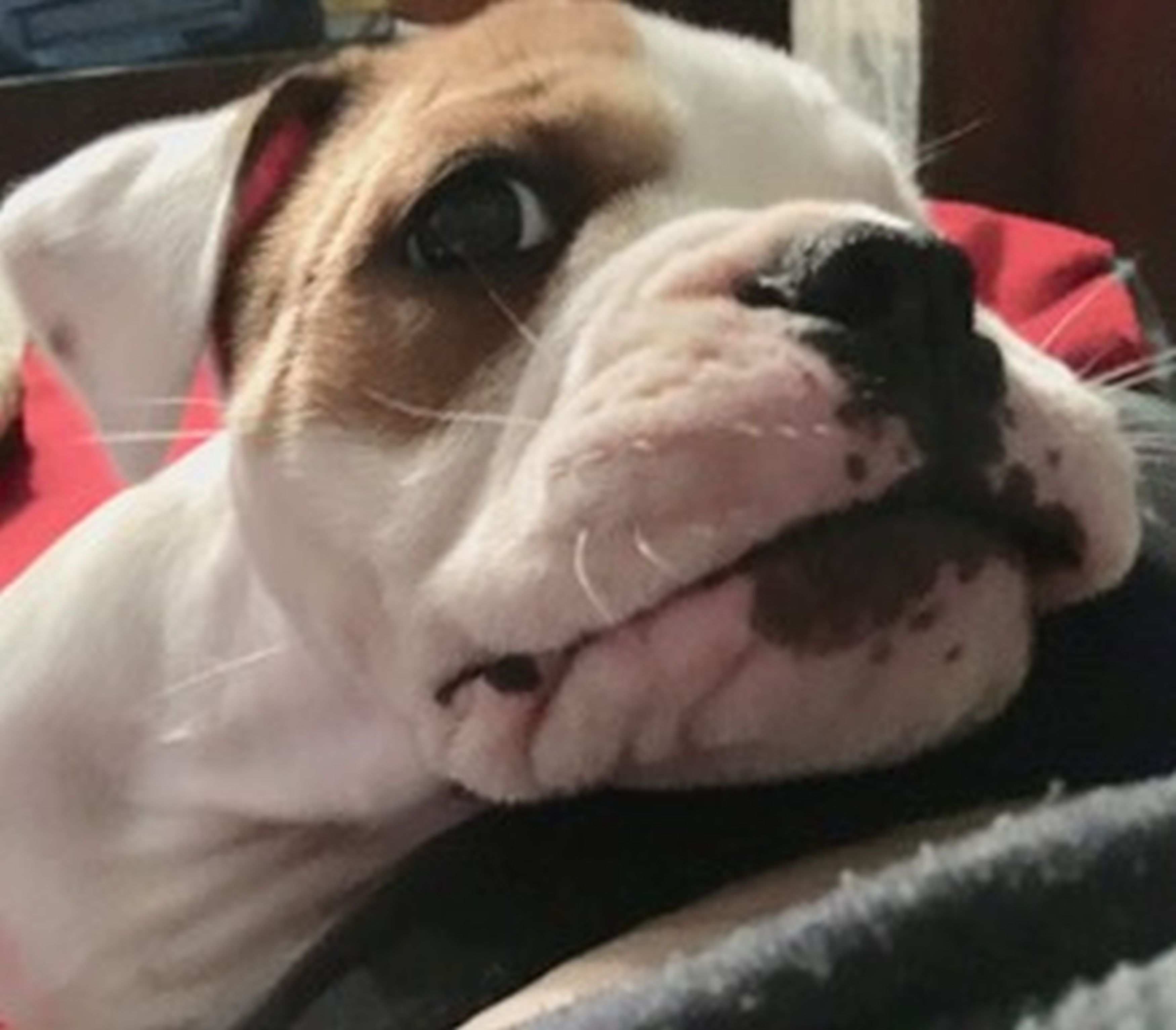 "He'd eaten through three big seat cushions, the cloth covering and took the foam off the arms and the back – he demolished the whole lot.

"I was mortified when I saw what he'd done.

"I'm not going to keep buying sofas for him to chew up, he'll have to lie on it as it is and maybe that'll teach him a lesson.”

She added said: "The other day I was cleaning my kitchen and I thought they were quiet. 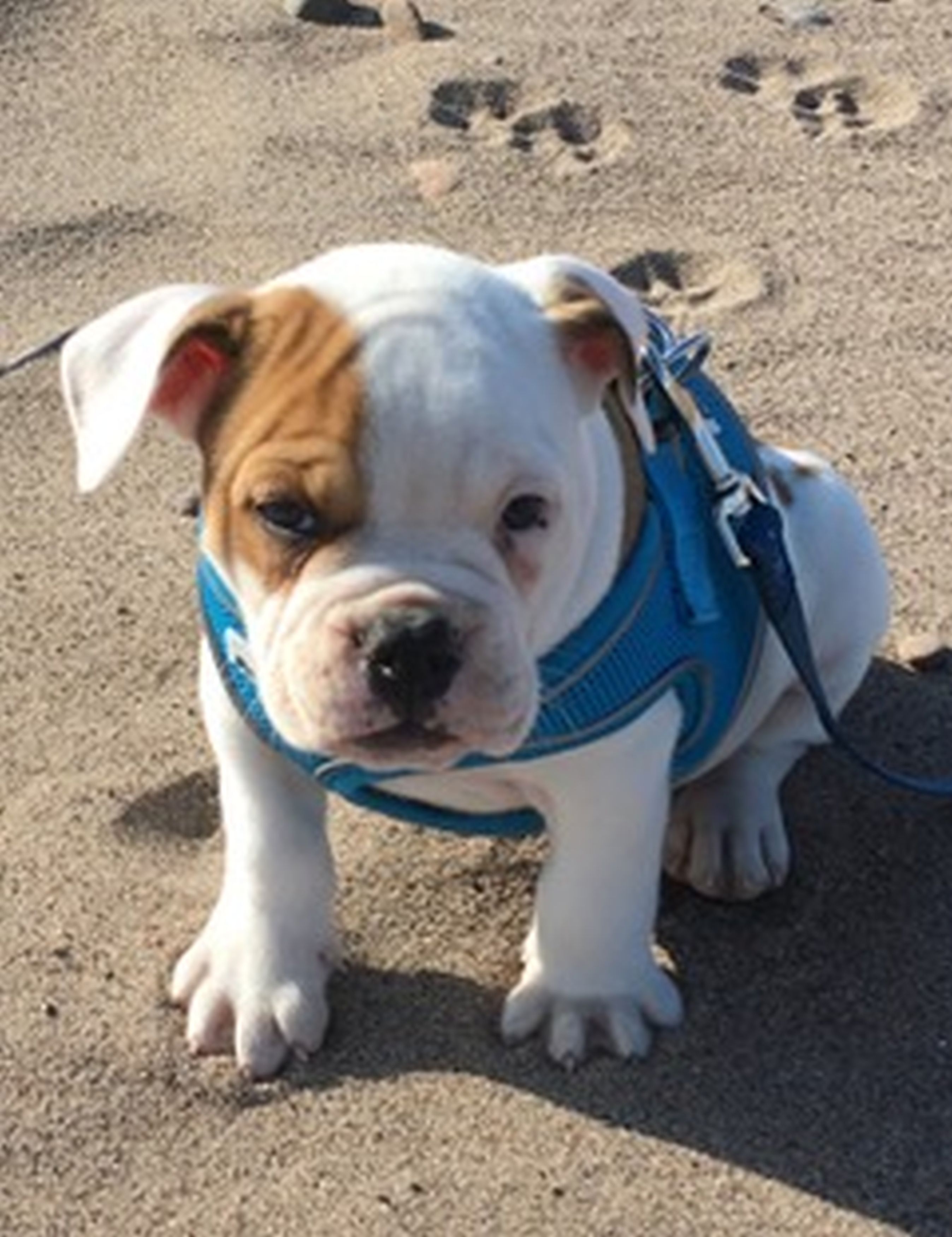 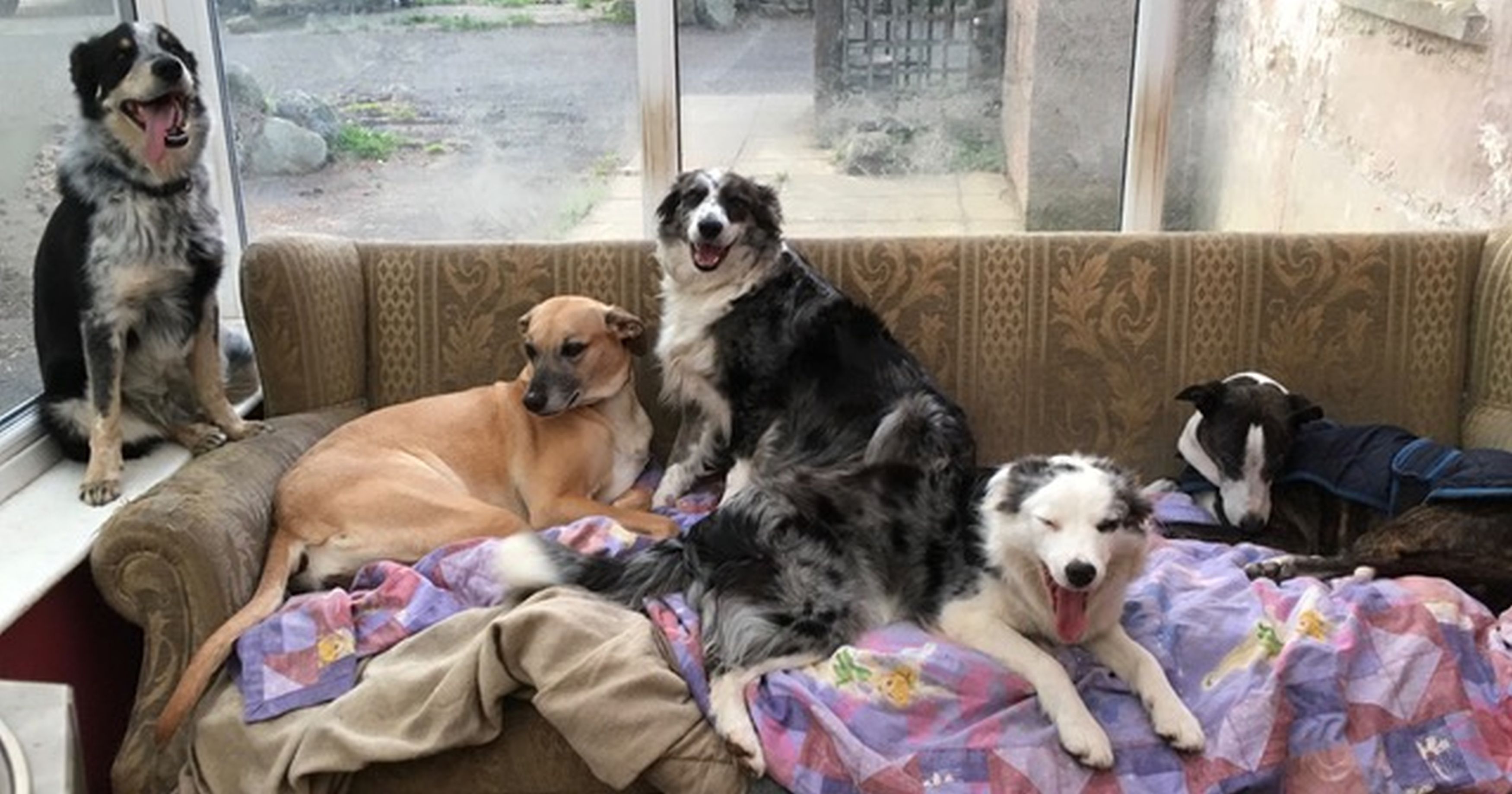 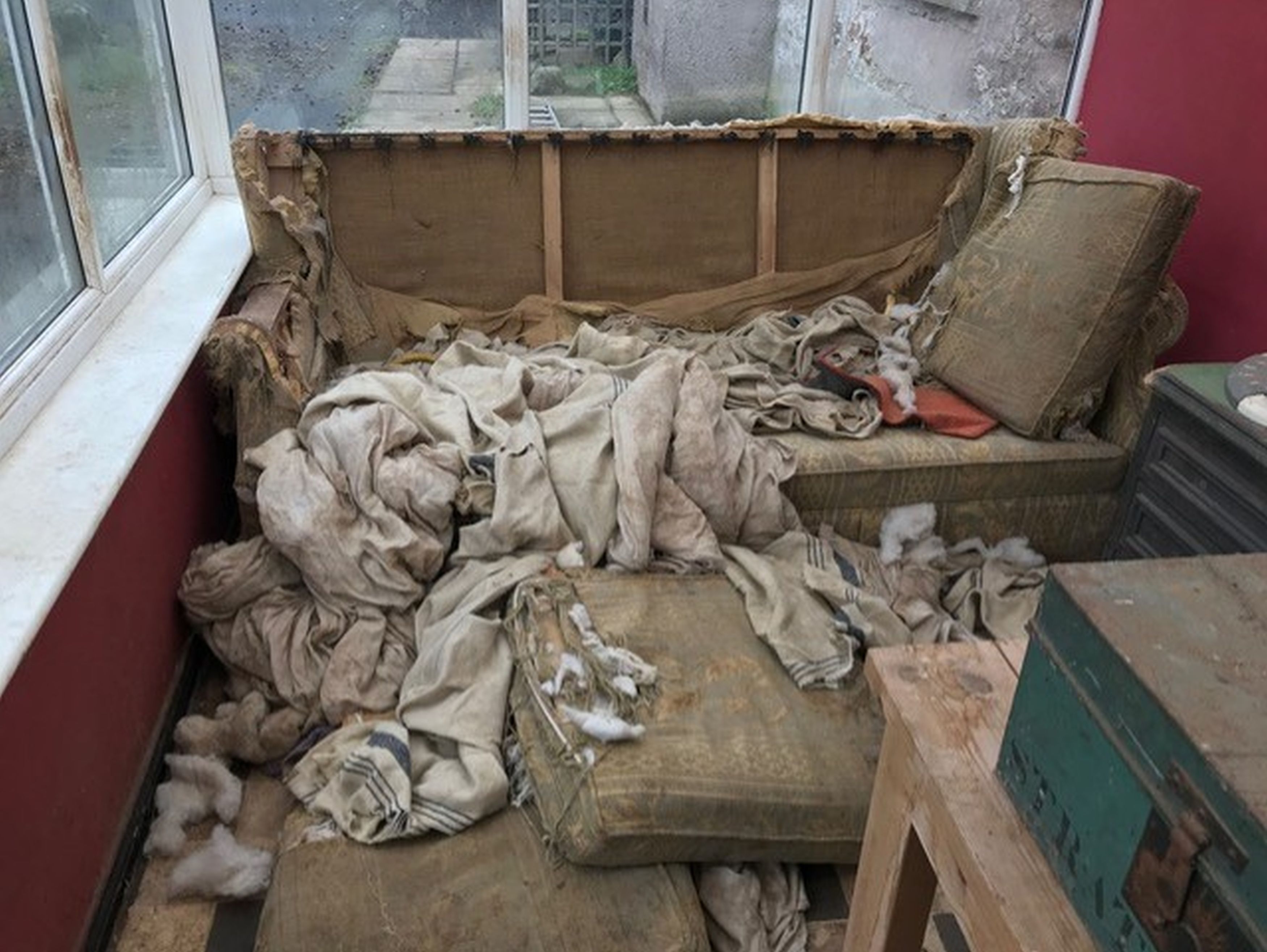 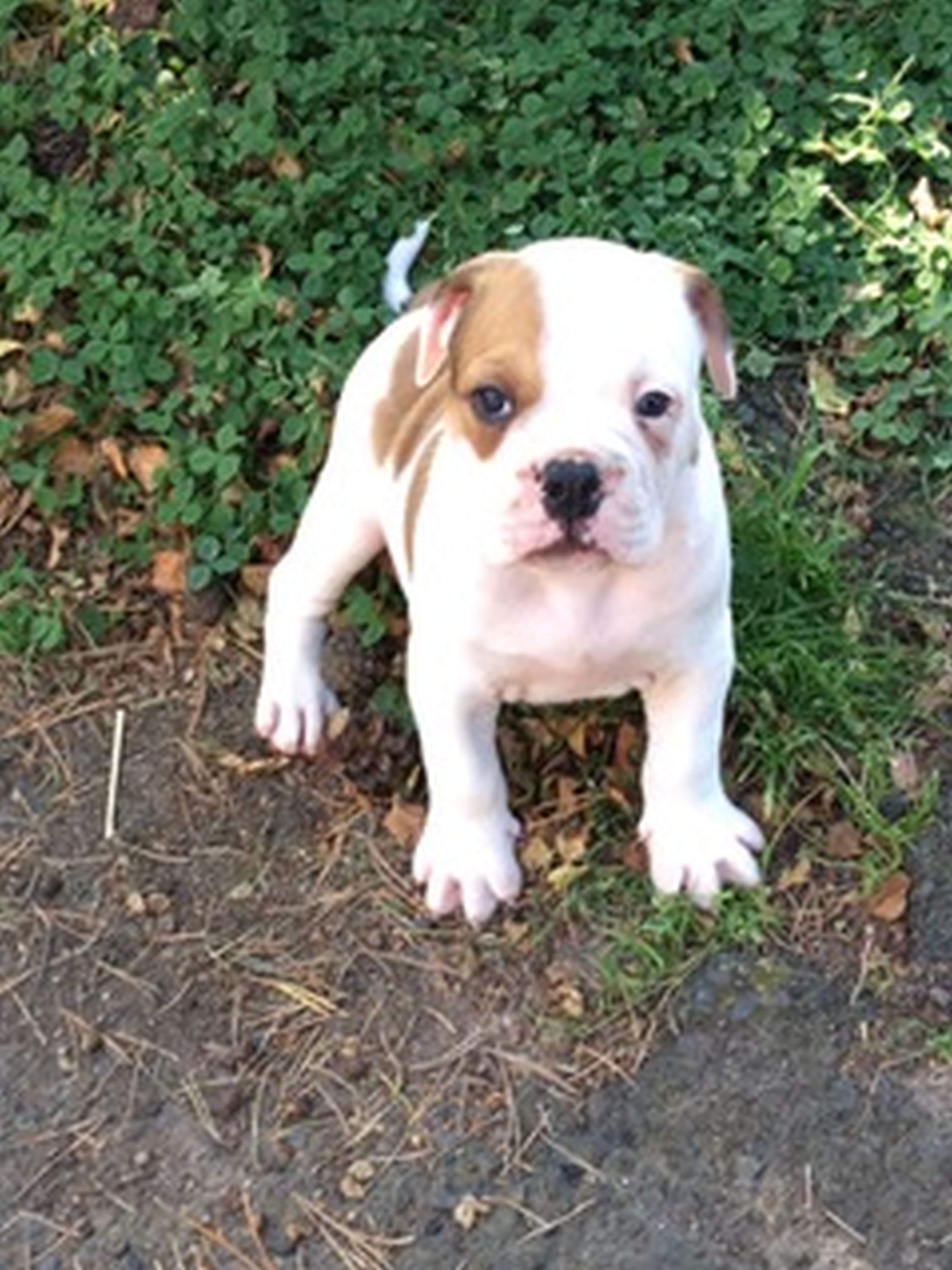 "When I went in Horris was chewing my t-shirt on the sofa, then I realised it was part of my washing, which was all around the yard.

"I went to pick up a pair of leggings from the floor and he picked them up and ran round with them in his mouth and had me chasing him round.

Despite his naughty phase she added: “I love all my dogs. The dog needs to know it's wrong or it might carry on doing it forever. I'm spending time making him sit and praising his good behaviour."