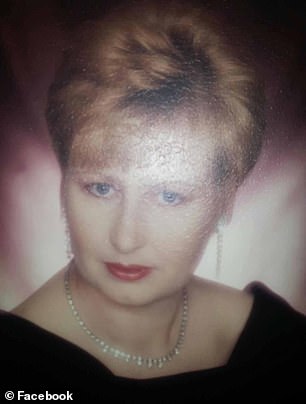 Primary school teacher Rachael Lockwood was sacked from Our Lady and St Peter RC Primary School in Bridlington, Yorks, after she pushed a six-year-old pupil to the floor

A primary school teacher was sacked after she pushed a six-year-old pupil to the floor and threatened to call social services so he couldn’t see his father.

Rachael Lockwood had an ‘edge of aggression’ when she deliberately pushed over the boy at school during lunchtime, a tribunal heard.

The experienced teacher later claimed the vulnerable child – who requires social, emotional, and behavioural support – was ‘being dramatic’ by falling over.

Moments before the physical contact, Lockwood painted a ‘bleak picture’ by suggesting social services should be called so the boy couldn’t see his father, making him feel ‘upset and anxious’.

Lockwood, who taught pupils aged five to 11 at Our Lady and St Peter RC Primary School in Bridlington, East Yorks, was sacked for gross misconduct following the incident on October 15, 2019.

The aggrieved teacher then tried to sue the school for unfair and wrongful dismissal. She claimed her conduct ‘was not sufficiently serious to be gross misconduct’.

However, an employment judge sitting at the Leeds tribunal dismissed her claims and criticised her for bringing the child’s credibility into the dispute simply because ‘it wasn’t helpful to her case’.

It was heard Lockwood, who taught at the school from 2013 until her dismissal in March 2020, admitted making the inappropriate comments and pushing the boy but gave conflicting evidence about the nature of the push. 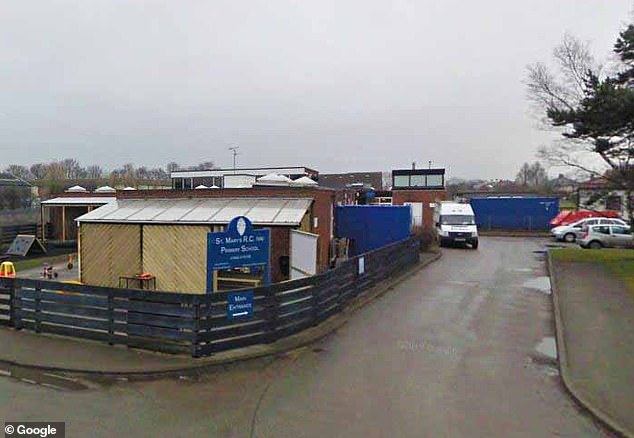 Lockwood tried to sue the school for unfair and wrongful dismissal, but a tribunal judge dismissed her claims and criticised her for bringing the child’s credibility into the dispute simply because ‘it wasn’t helpful to her case’

The child, named as Pupil A, was said to have ‘difficulties’ but is a ‘very intelligent boy’. He lives with his mother and sees his father on visits at weekends.

A tribunal report said: ‘[Lockwood] had a discussion with Pupil A because she felt his behaviour was worse after he had been staying with his dad.

‘[Teaching assistant] Claire Woodmansey reported that at this point Pupil A looked upset and anxiously said “no, no, please don’t do that he does all the fun things with me”.

‘[Lockwood] asked “like what?” and Pupil A had replied “swimming, bikes, and walks on a night”. [Lockwood] replied “you should be in bed”.’

It was heard Lockwood also quizzed the boy about him pushing another pupil, which he denied. She asked the boy ‘would it be OK if I punched you on the arm or face?’ and pushed him as a ‘demonstration’.

When asked about what happened, Pupil A said: ‘She said “I’ll show you what pushing is” and then she pushed me over.’

During investigation, Lockwood said: ‘There was no force in the push, it wouldn’t push a fly over, force was minimum and in my opinion, would not cause a two-year-old to fall over, pupil A was being dramatic when he fell and rolled over on the floor.’

Headteacher Anne Parr asked if her actions were in line with the teachers’ standards, to which Lockwood replied: ‘For Pupil A, yes, any other child then no.’

At a school disciplinary hearing, Lockwood was criticised for making the inappropriate comments ‘because there is no doubt that you knew Pupil A and would have understood the impact that preventing him from seeing his dad would have on his personal circumstances’.

She was also criticised for conflicting accounts about the push, and she was described as ‘abrupt, aggressive and angry’.

Concluding, Employment Judge Rita Rogerson said she was ‘surprised’ Lockwood sought to ‘attack the pupil’s credibility’, but ruled that she had only done so ‘because it was not helpful to her case’.

Speaking about the decision from her detached home in the suburbs of Bridlington today, Ms Lockwood said: ‘It was unfair right from the beginning.

‘It is frustrating but I need to speak to my union before saying any more.’