Italian priest is arrested for ‘stealing more than £85,000 from church funds to buy drugs for gay sex parties in his home’

A charismatic Italian priest has been arrested for allegedly stealing more than £85,000 from church funds to pay for gay sex parties at his home.

Father Francesco Spagnesi, 40, from Prato near Florence, is under house arrest on suspicion of theft.

The parties typically involved the priest, his drug-dealing flatmate and at least one other person, whom they would find through gay dating sites, according to detectives.

However, on occasion, the weekly parties would involve much larger groups of up to 20 or 30 participants. 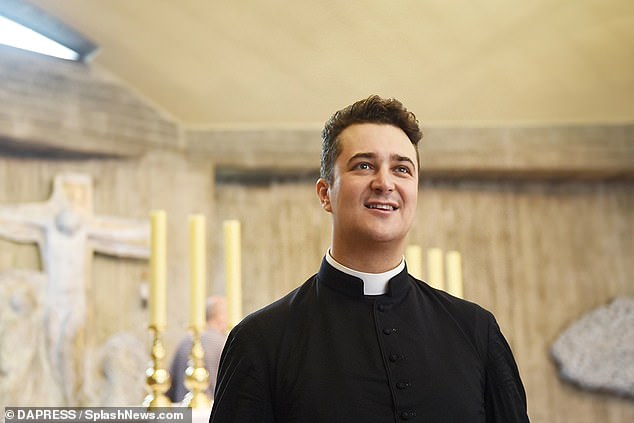 Father Francesco Spagnesi, 40, from Prato near Florence, is under house arrest on suspicion of theft

Investigations into Spagnesi began after police reportedly discovered that his flatmate had imported a litre of GHB from The Netherlands. The drug is often referred to as a ‘date-rape’ drug as it has been used to incapacitate victims of sexual assault.

Raids on the shared flat revealed bottles thought to be adapted to function as crack pipes.

In recent months, a parish accountant found that £85,000 had been withdrawn from the parish’s bank account – money which police suspect was used by Spagnesi to buy drugs.

The local bishop stopped access to the funds, prompting Spagnesi to allegedly begin pocketing money from the church collection plate and soliciting funds from wealthy parishioners ostensibly to go to low-income families.

The Times, citing investigators, reported that the priest was so successful at drumming up donations that he was soon bringing in hundreds of euros. Some parishioners made individual donations of as much as £1,281.00. 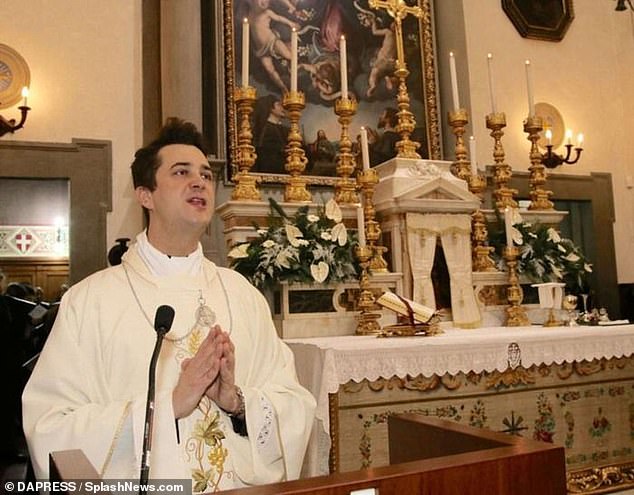 The priest had initially claimed that the missing money had gone to families in need, but later admitted he suffered from a drug addiction

The priest had initially claimed that the missing money had gone to families in need, but later admitted that he suffered from a drug addiction.

Local media reported that parishioners had begun legal action to get their money back after hearing of Spagnesi’s arrest.

The priest’s lawyer told The Times that his client had confessed to supplying drugs at the parties and was due to confess to taking church funds.

Neither Spagnesi, nor his flatmate have been charged with any crimes.

Bishop Giovanni Nerbini has appointed a new administrator for the parish who has been working with the faithful to help them to deal with the shock of the allegations against Spagnesi.

Tags: arrested, for, Priest, stea
You may also like
Celebrities News