Police have arrested two people after they found a homemade explosive device on the front doorstep of a property in Melbourne’s north on Sunday.

Officers found the explosive device on the doorstep of a property in Derby Street at Pascoe Vale about 10am. The bomb response unit managed to defuse the device without incident. 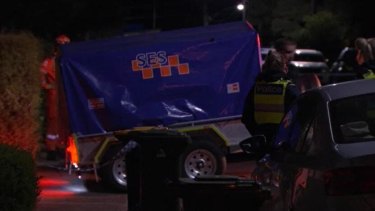 Police said they were treating the matter as a targeted incident and were not looking for anyone else in relation to the matter, police said in a statement on Wednesday.

Officers were subsequently called to a property on Heath Street in the suburb about 5.20pm on Tuesday, where they say they found suspected explosive materials.

They arrested a 45-year-old woman and a 43-year-old man at the scene, before executing a search warrant with the assistance of the bomb response unit. 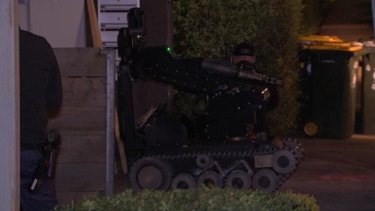 Officers executed a search warrant at the premises with the assistance of the Bomb Response Unit. Credit:Nine News

Specialist bomb officers were at the scene with a robot on Tuesday evening. SES was also on scene with sandbags.

Both are due appear before the Melbourne Magistrates Court on Wednesday morning.