AT least three people have been injured after gunfire erupted outside a strip club in Florida, according to reports.

Two gunmen reportedly opened fire outside the Playhouse Gentlemen's Club on West Hallandale Beach Boulevard at around 2am on Tuesday. 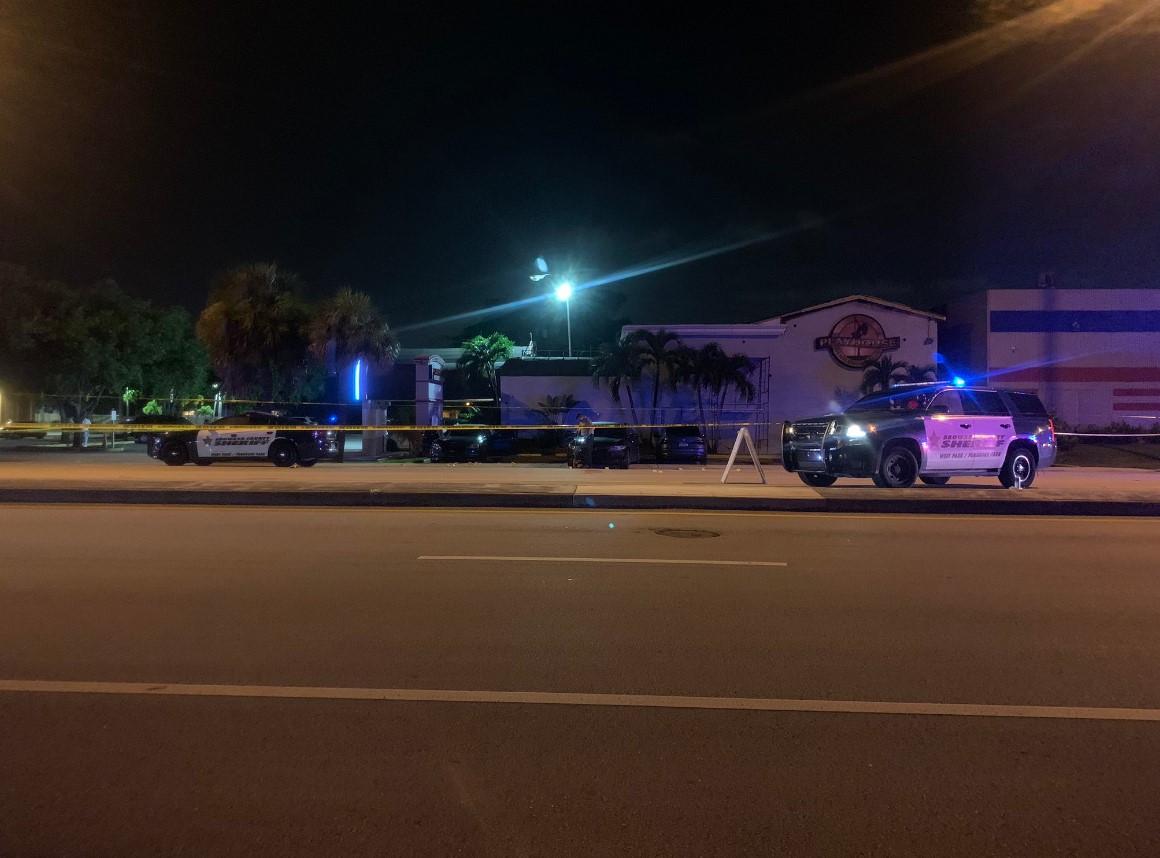 It's reported that three people were shot at and they were taken to a local hospital.

Two of the three injured are said to be in a serious condition, according to CBS Miami.

The third victim's injuries are not said to be life-threatening.

It is not known if the people who were injured are employees of the strip club.

Cops have not revealed their names and ages.

It's reported that two gunmen opened fire at a building after leaving a vehicle, according to NBC Miami.

A dark blue Chrysler in the parking lot has a bullet in the driver’s side door and windshield, according to reports.

The parking lot of the strip club has been cordoned off.

Motorists have been told to avoid the area as cops remain on the scene.

Anyone with information should call Broward Crime Stoppers at 954-493-TIPS.

The investigation is ongoing.