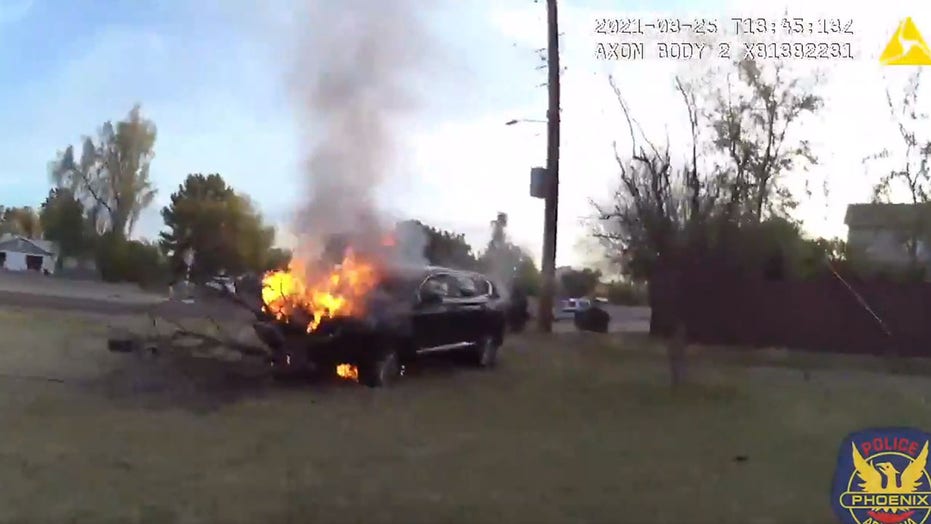 Police officers in Arizona jumped into action last week to rescue a driver trapped inside a burning vehicle.

Phoenix police released officer bodycam video on Monday that shows officers running toward the SUV, which was engulfed in flames.

After one officer unsuccessfully tries to break the driver’s side window, a second officer finds a fire extinguisher and smashes the window, the video shows. The vehicle’s interior is filled with dark smoke and the driver appears unconscious.

The video cuts to when officers eventually lay the driver down on the sidewalk and apparently learn he is not breathing. 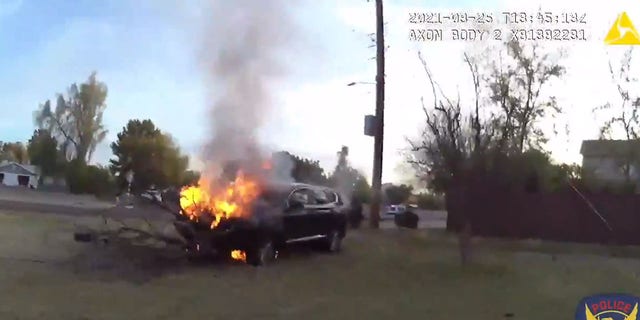 “I got no heartbeat,” one officer says. “I’m doing chest compressions. You got this buddy. Come back.”

After a few seconds of chest compressions, the man appears to take a breath.

The driver was resuscitated and recovering at a hospital, police said.

“In situations where we don’t have time to hesitate, our training kicks in, and that could mean the difference between life and death,” the department tweeted.

Tags: Driver, Phoenix, Police, Save, tra
You may also like
Celebrities News