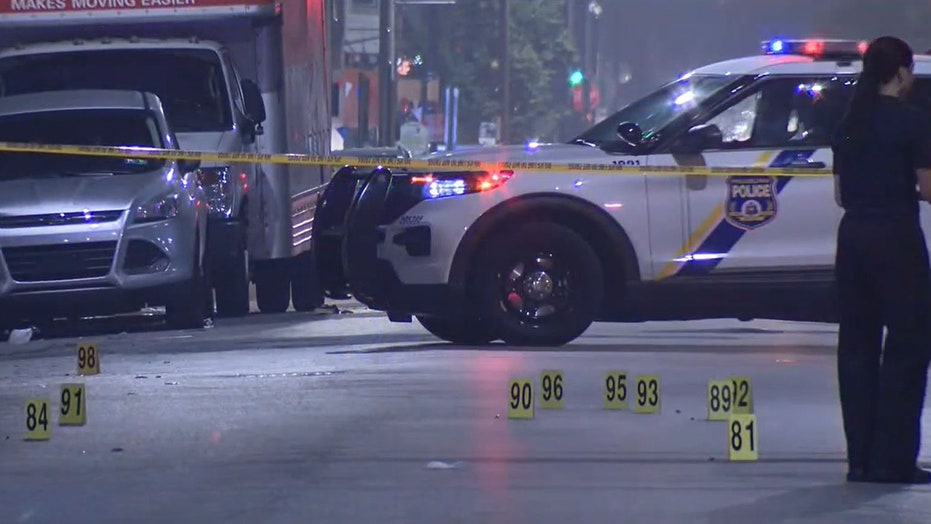 A triple shooting at a cookout in Philadelphia on Sunday evening left at least two people dead, and a teenage girl injured, according to reports.

Well over 100 shots were fired during the shooting, which took place around 10:30 p.m. in West Philadelphia. Local television reports indicated that police had to create handwritten evidence markers at the scene due to the number of fragments and casings.

Two men, ages 21 and 23, were killed in the gunfire  A 16-year-old girl was also shot and her condition is unknown at this time, FOX 29 of Philadelphia reported. Police have yet to release a suspect or motive in the case. 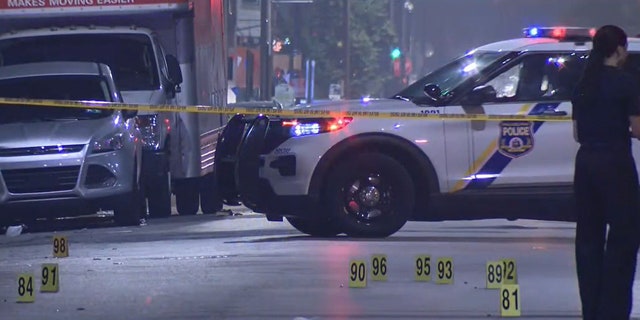 Local television reports indicated that police had to create handwritten evidence markers at the scene due to the number of fragments and casings.
(Fox 29 of Philadelphia)

The 21-year-old victim was identified as Salahaldin Mahmoud, the first cousin of State Sen. Sharif Street’s wife, according to a news release from his office Monday afternoon, reports said. Mahmoud died from a gunshot wound to the head, according to police.

The 23-year-old victim was identified as Sircarr Johnson Jr., the owner of Premiere Bande, a clothing store in West Philadelphia. He was shot several times in his torso.

His father, Sircarr Johnson Sr., said he witnessed the shooting and held Johnson Jr. in his arms as he passed away.

“How the bullet don’t hit me? How it don’t hit me?” wondered Johnson Sr., who was dressed in an outfit designed by his son Monday.

“They loved my son,” he added, according to FOX 29. “He is ten times better than the person I was.”

On Sunday, Johnson Jr. posted a flyer to his Instagram account, announcing a Fourth of July anniversary cookout to celebrate “another year of success.”

“4th of July Anniversary Cookout!! Everything free starts at 6:00,” the post read.

Police said that no guns were recovered at the scene.

The three victims were among the 20 people shot in Philadelphia between 1:53 a.m. Sunday and 4:25 a.m. Monday, The Philadelphia Inquirer reported.

Tags: cookout, Philadelphia, Shooting
You may also like
Celebrities News