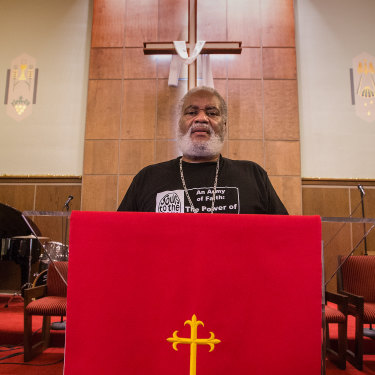 Milwaukee: On November 3, James Nash is considering doing something for the first time in his adult life: not voting in a presidential election. The Milwaukee firefighter, who is black, is "definitely not a Trump supporter". But he is seriously underwhelmed by Democratic Party nominee Joe Biden.

"I liked him as vice-president but as a president I'm not sure," Nash says while hanging out with friends at the Upper Cutz barber shop on the north side of Milwaukee, a predominantly black area in Wisconsin's biggest city. 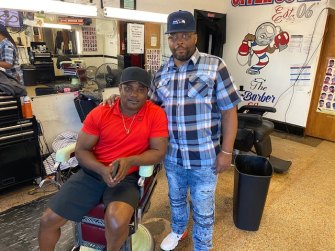 "He is tied to a lot of laws that have kept black people down," he says, referring to Biden's Senate record as as tough-on-crime legislator.

Barber Boomac McDonald is even more adamant. "I ain't voting for nobody," he says as he clips a customer's hair. "They don't talk about nothing I want to hear."

Fellow barber John Toney chimes in: "That's the story of our vote. We always have to settle for the lesser of two evils."

The Republican Party used a good chunk of their national convention this week trying to tap into this sentiment of discontent by featuring several high-profile black speakers who attacked Biden over his record on race.

On Friday Trump used his acceptance speech for the GOP nomination to up the ante, portraying himself a once-in-a-generation champion of African Americans in the United States.

"I have done more for the African-American community than any president since Abraham Lincoln, our first Republican president," Trump said. 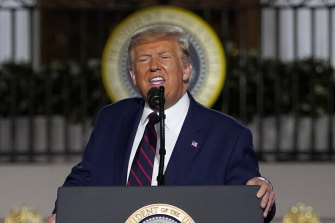 "I have done more in three years for the black community than Joe Biden has done in 47 years—and when I'm re-elected, the best is yet to come!"

Later he focussed on the violence on American streets.

"Last year, over 1,000 African-Americans were murdered as result of violent crime in just four Democrat-run cities," he said. "The top 10 most dangerous cities in the country are run by Democrats, and have been for decades. Thousands more African-Americans are victims of violent crime in these communities Joe Biden and the left ignore these American Victims. I never will."

The soft African-American support two months out from election day is a disturbing sign for Democrats, who are counting on a big voter turnout among African Americans to help push them over the line in Wisconsin, one of a handful of states that will decide the election outcome.

The question is whether anger at Donald Trump's handling of the coronavirus pandemic and his response to the Black Lives Matter movement will be enough to make up for the lack of excitement about the Democratic ticket.

In recent days the state has become the latest flashpoint in the nation's reckoning on race relations after a white police officer in Kenosha, an hour's drive away from Milwaukee, shot black man Jacob Blake. A white teenager from Illinois, Kyle Rittenhouse, has been charged with murder after fatally shooting two people at the ensuing protests. 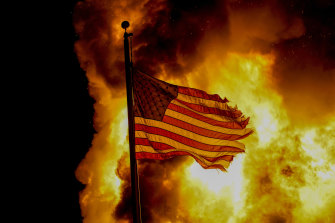 Demonstrations in Kenosha, Wisconsin, turned ugly earlier this week after a police shooting.Credit:AP

Upper Cutz sits inside an area University of Wisconsin history professor Marc Levine describes as "a neighbourhood of concentrated poverty, pervasive joblessness, plunging incomes, and mass incarceration". Many of the businesses on the north side are boarded up, and one in every four homes is vacant. Ninety-five percent of residents are black, reflecting Milwaukee's status as the most segregated metropolitan area in the US.

Life was already tough here, and the coronavirus pandemic made it harder. Unemployment and evictions are up. After closing for a month when the pandemic hit, business at Upper Cutz is still way down since reopening. In the age of social distancing, the barber shop is no longer the lively social hub it used to be.

Greg Lewis, a pastor at a black church in Milwaukee, knows first-hand how serious the virus is. When he was hospitalised earlier this year for COVID-19, the doctors told him: "If you don't do exactly what we're going to say, you're going to die." 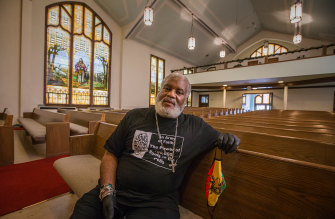 Pastor Greg Lewis has had first-hand experience of the cornonavirus.Credit:Gary Porter

Black people make up seven per cent of Wisconsin's population but account for 21 per cent of the state's 1112 coronavirus deaths – a disparity that reflects the higher prevalence of underlying health conditions, such as diabetes, among African Americans.

Lewis is the Milwaukee president of Souls to the Polls, a faith-based group that works to boost voter turnout in the black community. He says there is a widespread lack of enthusiasm for Biden and running mate Kamala Harris, despite her historic status as the first black woman on a presidential ticket.

Lewis says videos have been circulating of Biden's Senate speeches from the 1990s in which he warned of "predators on our streets" – widely interpreted as a reference to black men.

"Then we have Kamala who was sending people to jail left and right in California, and most of them were people of colour," he says, referring to Harris's time as attorney-general of California.

"People in our community are kind of disgusted: can we support people like this?"

Lewis says black voters in Milwaukee are used to being taken for granted by Democratic politicians. In 2016 Clinton was so convinced she would win Wisconsin that she did not set foot in the state during the election campaign, a fact many voters here still remember. Trump defeated Clinton by 23,000 votes – a margin of just 0.8 per cent – making her the first Democratic nominee to lose the state since 1984.

Black voter turnout in Wisconsin plummeted by 18 percentage points between 2012 and 2016, a decline that proved disastrous for Democrats. If black turnout had remained at its 2012 level, Clinton would have won the state. The key for Democrats is not persuading black voters to support them – around nine in ten black voters do – but to ensure they show up to vote.

"The 2016 election was a travesty, it was a horrible mistake," Lewis says. "We could have had the first woman president if the Democrats had just put a little more time and money into black communities."

Polls show Biden is currently faring worse than Clinton's final performance with black voters. In particular, he is struggling to gain the support of younger black men.

Speaking to black voters in Milwaukee, The Sydney Morning Herald and The Age found a noticeable gender divide. Black women tended to be more excited by the prospect of Harris becoming the nation's first black female vice-president. And they were more motivated than men to do whatever it takes to force Trump out of office – even if they weren't enthused by the Democratic nominee. 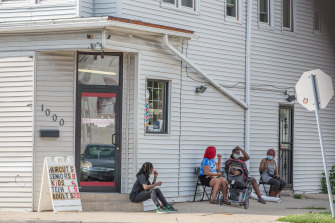 Shalonda Moore, who used to drive a school bus but is currently looking for work, says: "I'm not a huge fan of Biden." But she has put out an offer on Facebook and Instagram to drive anyone who needs a lift to a polling place.

"I don't care how bad the coronavirus is," she says. "A lot of minorities chose not to vote last time. We've been out protesting in the streets all summer saying, 'Black Lives Matter'. Well if our lives matter, we have to vote."

She is motivated almost entirely by anger at Trump. "He's made a mess of our country," she says. "It'll take more than four years to clean up."

It's the same with Markell Edmonds, who is unemployed and is desperately waiting for another round of emergency payments to help pay his bills.

Edmonds says he forgot to vote in the last election but will definitely show up this time. "Trump's killing us," he says. "A stimulus cheque ain't bringing no-one back to life."

Historian Reggie Jackson believes the main reason black turnout dropped so dramatically in Wisconsin at the last election was a new voter ID law passed by the state legislature. Black people are less likely than whites to have the proof of identity, like a passport or driver's licence, required to vote under the law. 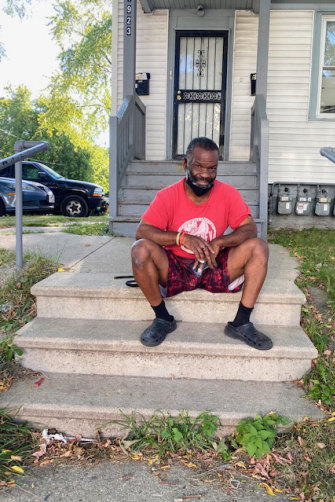 Markell Edmonds says he forgot to vote in 2016 but is determined to vote against Donald Trump in November.Credit:Matthew Knott

"The law was intended to make sure that fewer people of colour voted and it was very effective," he says.

The pandemic has added a layer of new challenges on top of this, including an expected boom in demand for voting-by-mail. Ballots of first-time postal voters tend to be rejected at a much higher rate than those who vote-in-person. This is especially true for younger and non-white voters, leading to fears Democratic votes will be wasted.

Highly-publicised issues with the US Postal Service have sparked fears that a substantial number of mail-in-ballots will not be delivered in time to be counted. And a shortage of poll workers could lead to long lines on election day.

"I don't have a lot of confidence we can overcome these obstacles," Jackson says. "There's a great deal of fear among Democrats that Donald Trump may win the state again." 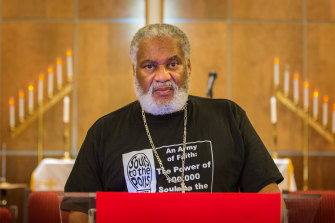 Pastor Lewis says this election is a "matter of life and death for some of us".Credit:Gary Porter

Greg Lewis, from Souls to the Polls, is slightly more optimistic, predicting that antipathy towards Trump will end up driving black voters to the polls in big numbers.

"This election is a matter of life and death for some of us," he says.

"Things are so dire right now, I think people are going to hold their nose and vote. That's what we're counting on."

Tags: Are, disgusted', kind, of, People
You may also like
Celebrities News