A GRANDMOTHER who was hit by a stray bullet during a horrifying drive by shooting has been described as a “tough cookie” by her son.

The 73-year-old had gone downstairs to talk to rowdy BBQ revellers when she was shot, and fell to the floor screaming outside her home in Camden, North London. 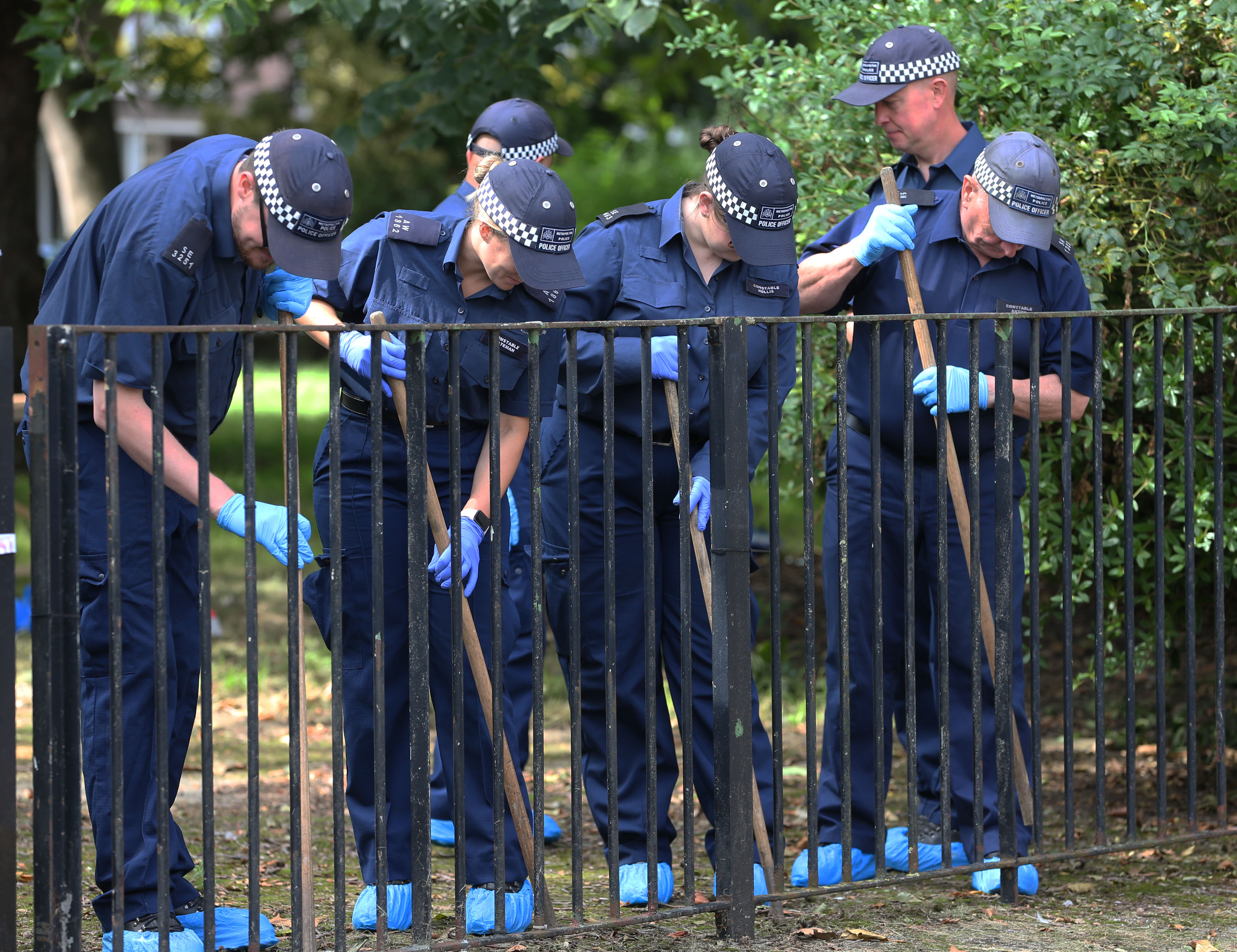 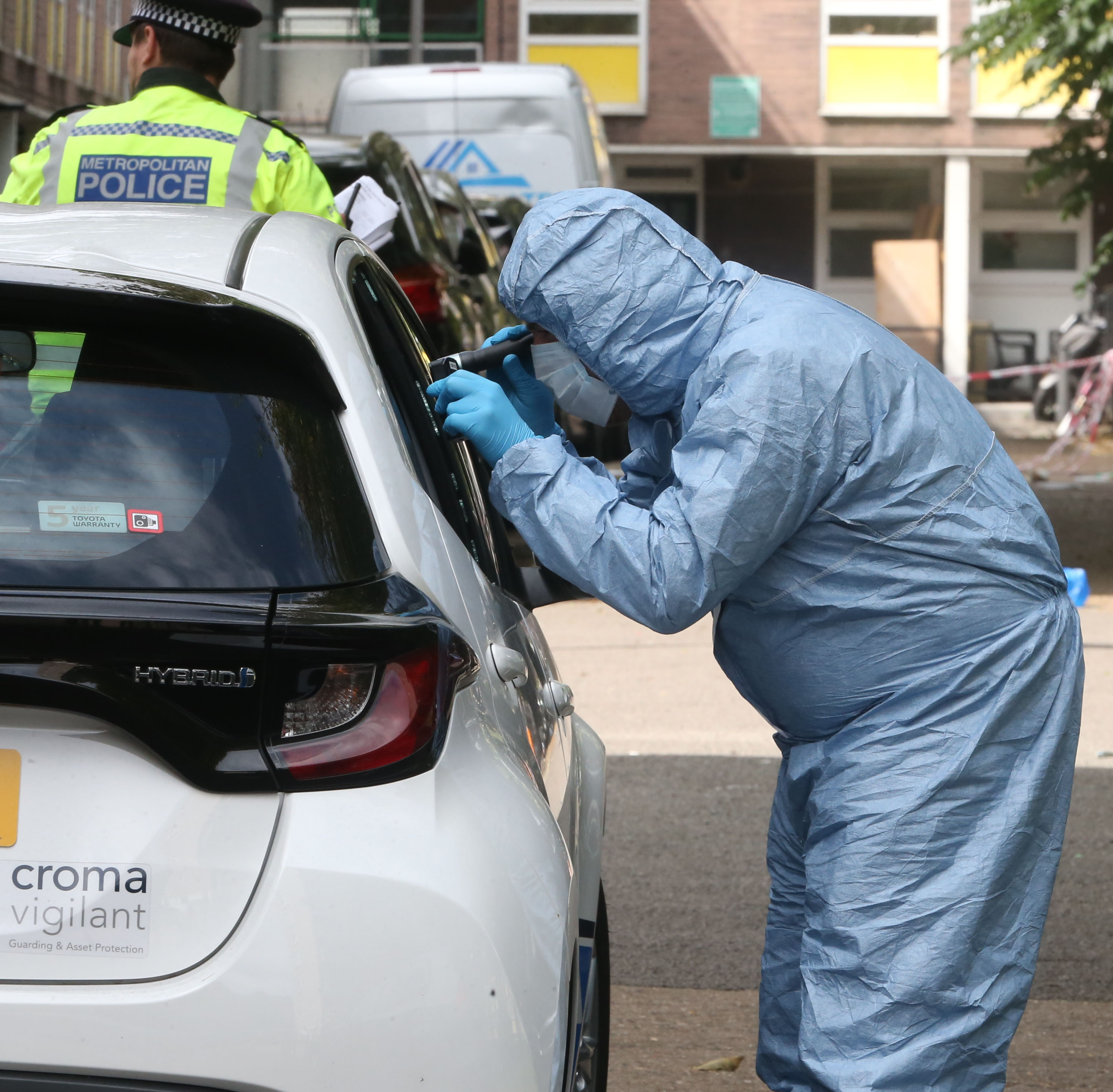 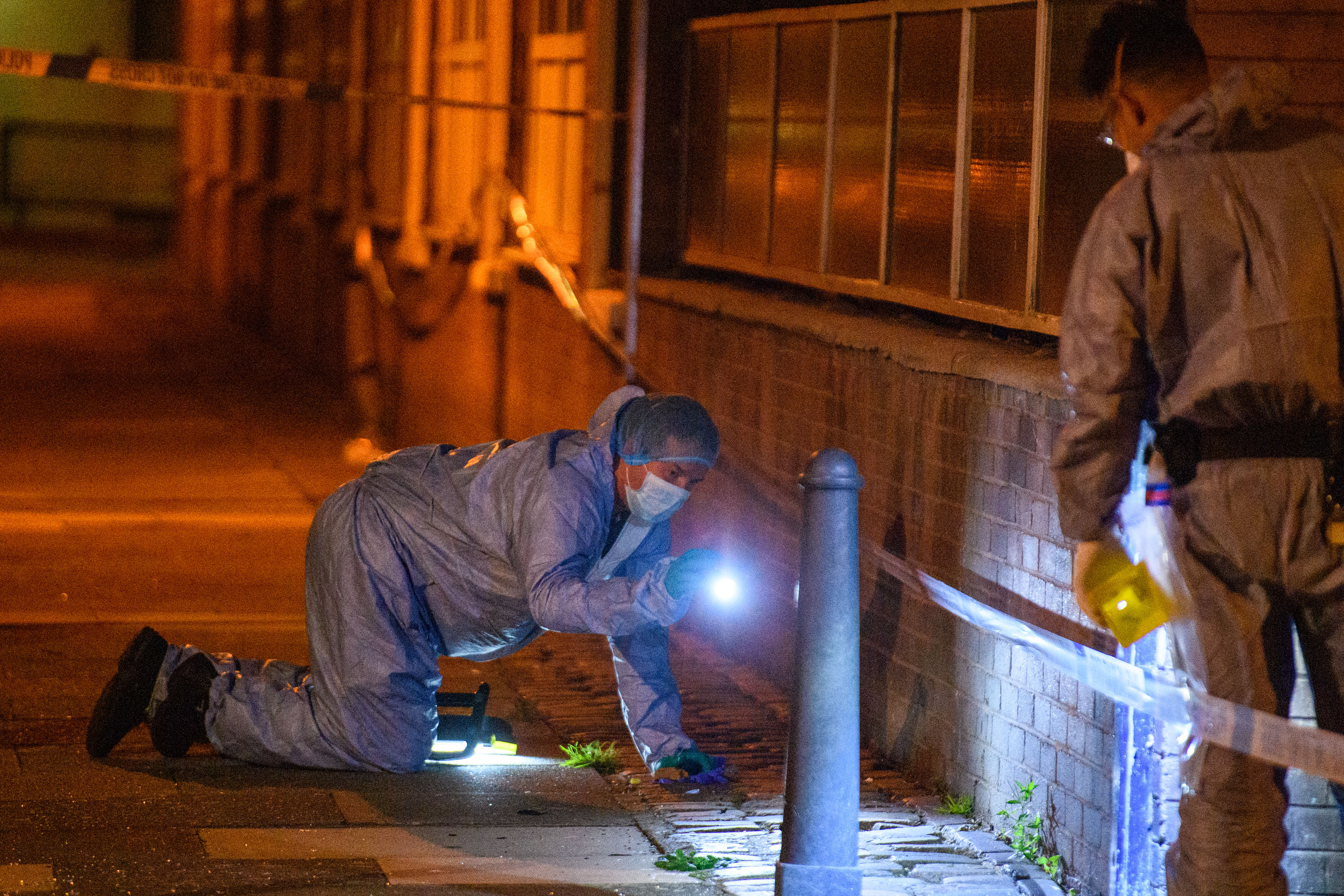 A gunman opened fire on hundreds of revellers at around 10pm on Saturday night, injuring two teenage girls, the pensioner and a 28-year-old man.

Her son Scott today said that his mum had suffered a broken femur and knee cap from where the bullet went through one of her legs and hit the other.

"I spoke to her this morning at around 4am and she just seems a little confused.

"She's got a broken femur and a broken knee cap. The bullet went through one leg and hit the other one.

"She's a very homely woman and still works as a dinner lady at Regency High School nearby for an hour a day.

"For her age, she's in good nick and she's had a few scares in the past, but she's a tough cookie so she will pull through."

Panicked partygoers were left screaming in terror after the mass shooting, with loud music blaring from speakers all day.

Two teenage girls, aged 17 and 19, were also injured in the horror attack where the masked gunman in a black Range Rover fled the scene.

Yoga teacher Scott added: "I heard there were about 50 to 100 kids having a party and making a rap or drill video.

"I've got nothing against that, but it was going on for about eight hours and should have been dispersed.

"It was a lovely estate growing up, but now it's got really bad. My whole family live around here: both my nans, my aunties, uncles and cousins.

"I was trying not to get angry about it, but it's been difficult. If people want to shoot each other then that's fine, but this was indiscriminate, just causing carnage.

"I think the problem comes from the top, because the government is cutting the police budgets.

"And all those youths clubs closed down years ago, when I was in my teens. I've not got a clue who these guys are and I don't really care.

Who drives up to a party and shoots into a crowd of more than 50 people? It's madness

"I hope they get caught because they're going to ruin someone's life.

"I mean who drives up to a party and shoots into a crowd of more than 50 people? It's madness.

"They're just trying to cause mayhem, but they need better education.

"I hope it doesn't turn into a race thing because it's about the character not the colour of their skin."

Witnesses saw a car speed past, and someone in the car fired five shots from an automatic weapon.

One of the teenager girls was reportedly shot in the back, with eyewitnesses claiming they saw the gunman aim at the crowd.

They added: “Everyone in this area knows if you see a black Range Rover, something is going to happen. There are different territories with the gangs.”

Horrified neighbour Andrew Stephens, 58, told the Sun that the dinner lady had knocked on his door before the shooting.

The retired administrator said: "It was a bit of a shock. She came to knock on my door to ask what time it was all this noise was due to finish.

"I said to her, 'Go indoors and close your windows and turn your telly up and try and ignore the noise'.

"She screamed in pain, she literally just fell down on the floor in front of me. A chap was walking upstairs, I went inside to get my phone, when I came back he was on to 999.

"We waited about 10 minutes for an ambulance. I ran downstairs and told a policeman I have a woman upstairs who appears to have been hit by something.

"An ambulance pulled up outside the police car. They put some towels over her to soak up any blood.

"The paramedic people made sure she was comfortable and ok. I contacted her son. By the time he had got her the paramedics had put her in a chair and taken her off to hospital.

"We were told to put towels over the blood to make her as comfortable as you would a neighbour. She was sitting there and we were just propping her up.

"She was having an operation to remove a bullet yesterday and her son said she is fine, a bit shocked. It's shocking. You just don't expect it to happen."

Police are investigating the horror incident but so far there have been no arrests. Officers are not treating the shooting as terror-related.

DS Val John-Baptiste, of Specialist Crime North, said: “I need to hear from anyone who witnessed the incident or saw anything suspicious in and around Clarence Gardens.

“We thoroughly investigate every shooting in London – every incident and every weapon on our streets is of great concern to us.

"We know that Londoners feel exactly the same, and that’s why it is vital that anyone with information shares with us what they know, either directly with police or anonymously via Crimestoppers." 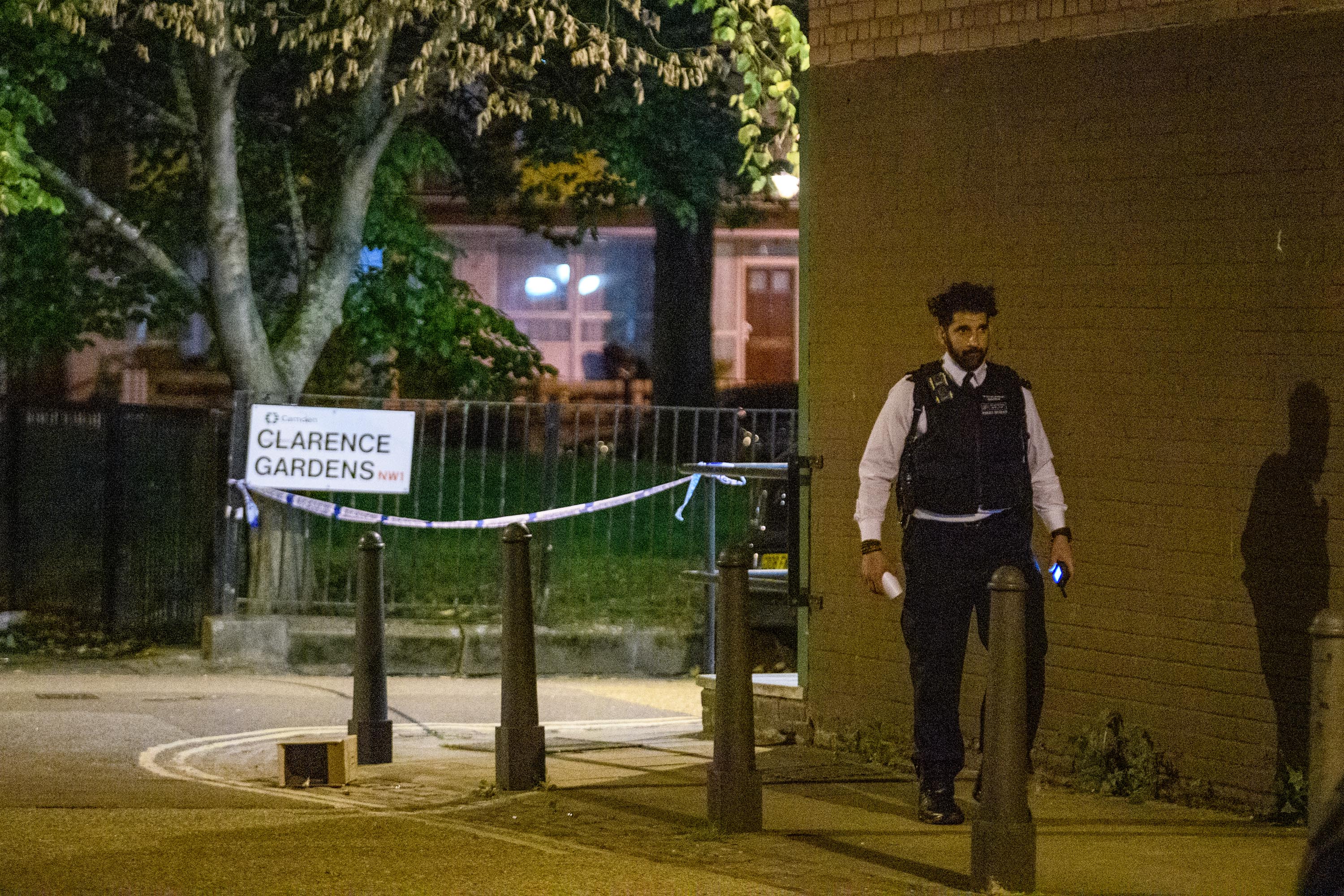 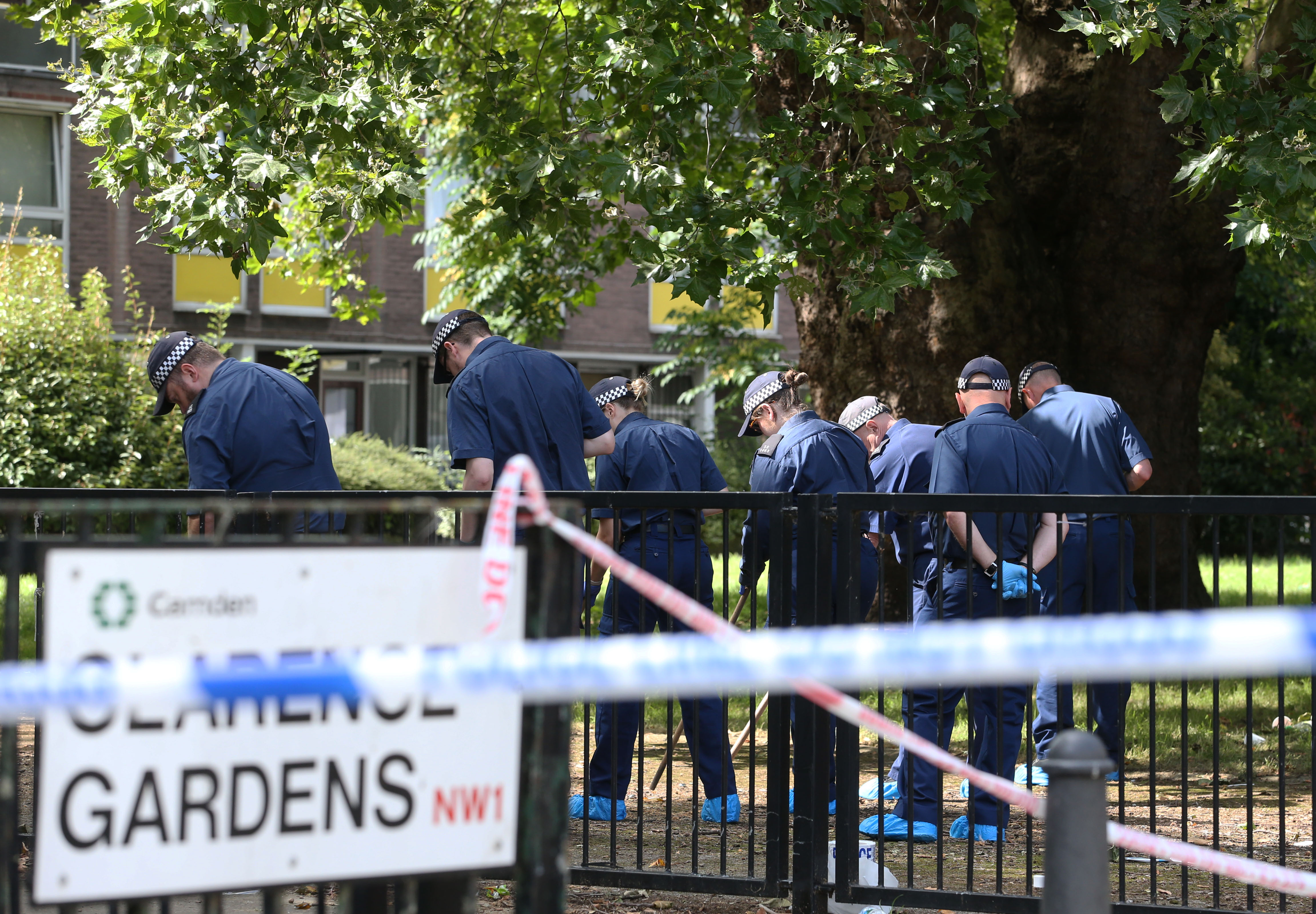 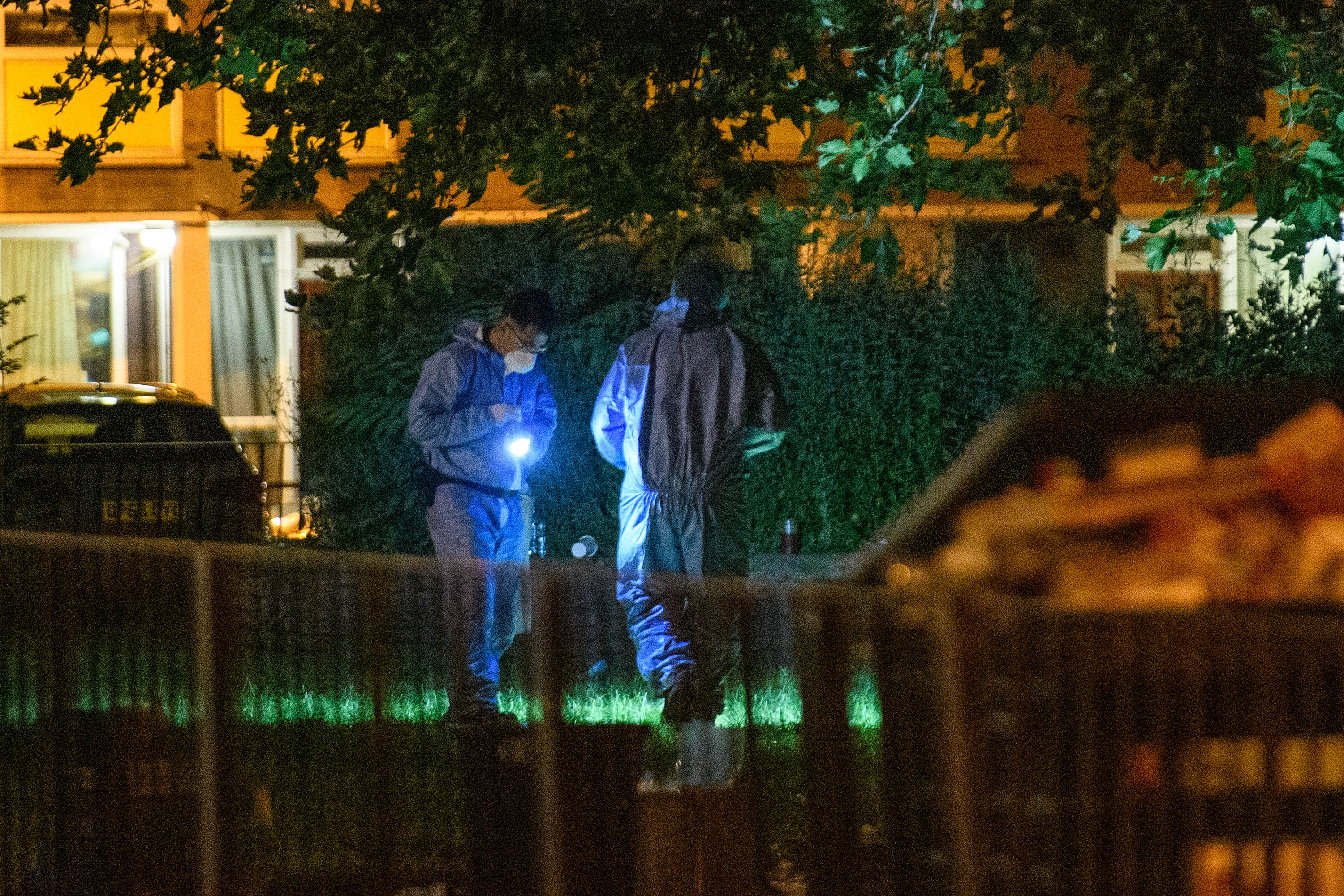 Tags: 73, A, as, pensioner, praised
You may also like
Celebrities News