Paratrooper, 21, took his own life in an ‘unexpected and impulsive act’ that nobody could have predicted, coroner rules

A young soldier who took his own life in Kabul last year committed an ‘unexpected and impulsive act’ that nobody could have predicted, a coroner has concluded.

Private Joseph Berry, who was serving with ‘A’ Company of the 2nd Battalion of the Parachute Regiment in Kabul, Afghanistan, died from a self-inflicted gunshot wound on February 22, 2020, the inquest into his death heard.

Earlier that day, the 21-year-old, known as Joe, had received a telling off from his sergeant major after having broken weapons protocol that left him teary eyed, the inquest at Warrington Coroner’s Court heard.

Shortly afterwards, he sent a worrying text message to colleagues and indicated a location in the camp base where he could be found.

He was found dead later that day next to his Glock 9mm pistol, and forensic and pathology experts concluded the evidence surrounding the private’s death was ‘strongly supportive of self-infliction’.

The private had left a note for his family, which was not made public at the hearing but witnesses said indicated his intention to take his life.

It made no complaint of bullying or anything ‘untoward from the Army side’, the inquest heard. 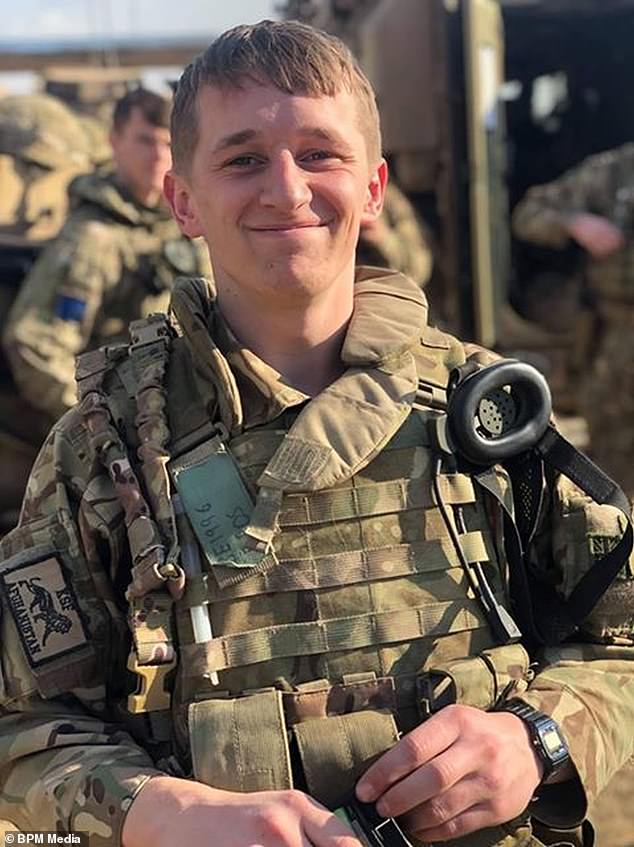 Private Joseph Berry, 21, was serving with ‘A’ Company of the 2nd Battalion of the Parachute Regiment in Kabul, Afghanistan, at the time of his death on February 22, 2020. He was found dead next to his Glock 9mm pistol, and forensic and pathology experts concluded the private died from a gunshot wound with features ‘strongly supportive of self-infliction’

Earlier, the hearing was told that Pte Berry had had a problem with his SA80 rifle.

He went to see Lance Corporal Scott Goodenough at the base armoury for help to clear a blocked muzzle on the weapon, and others lent a hand.

But the armoury was next door to the office of Sergeant Major Christopher Groves, who heard a ‘commotion’ outside, ‘stumbled’ across the problem and started asking questions.

L/Cpl Goodenough said Pte Berry was ‘too honest’ and admitted he had broken Army rules by unloading the weapon himself, alone and unsupervised instead of in a designated area as directed by orders ‘from on high’.

Sgt Major Groves took Pte Berry into his office and closed the door.

L/Cpl Goodenough said Pte Berry then came out of the office ‘with his tail between his legs’ and ‘looking a bit sheepish’.

Sgt Major Groves told the hearing he spoke to Pte Berry and, because he became upset, told him ‘We all make mistakes’, adding that he would deal with the matter later and telling him to get on with his duties.

Shortly afterwards, Pte Berry sent a text message to his friend, Lance Corporal Josh Brown, detailing a specific location on the base and reading: ‘Thanks for being such a good friend. I wish I was better in everything. Love you man.’

Sgt Major Groves and others dashed to the scene and called a medical officer and the padre but Pte Berry was already dead. He had no alcohol or drugs in his body and no record of any welfare issues while in the forces. 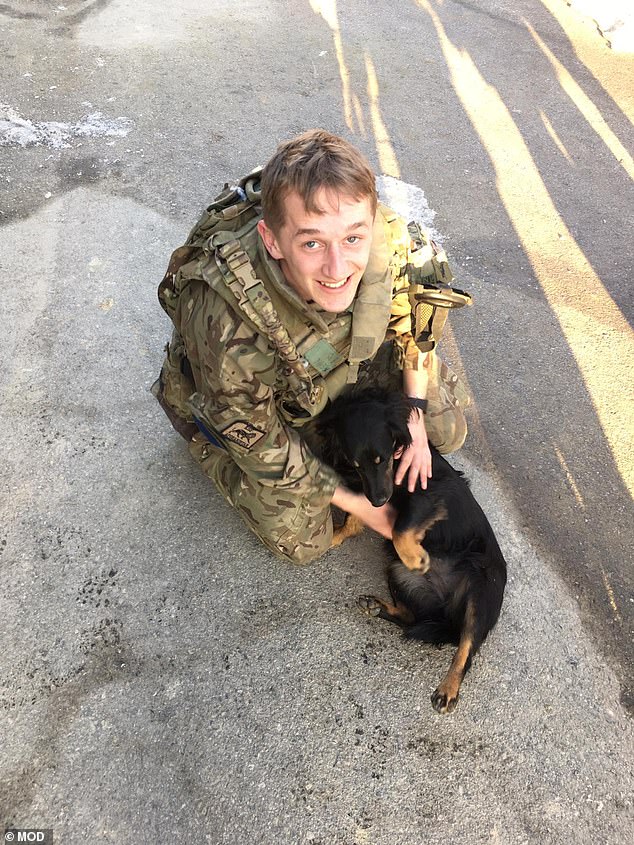 A statement given by the British Army, which said Berry had died of a ‘non-battle injury’, described the private as ‘an optimistic, capable, and compassionate soldier’ who showed great promise.

The day before, Pte Berry had told his mother, Lisa Snow, he was ‘exceptionally happy’ and was making plans for his future.

His father, RAF Squadron Leader Nick Berry, said he had ‘beaten himself up’ wondering if he had missed any signs, but said: ‘There was nothing there.’

Concluding the inquest, Mr Moore added: ‘It was really such an unexpected and impulsive act.

‘Joe gave no indication to anybody what he was going to do or why.

‘Not Joe’s mum and dad, not his mates in 2 Para or military chain of command, and not company Sergeant Major Groves.’ 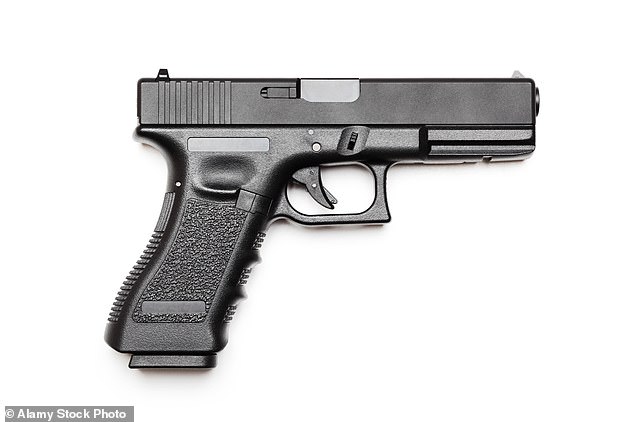 The Glock 17 9mm pistol has been in service with the British Army since 2013. Private Berry was found dead with his pistol nearby and a note for his family in his notebook.

Lisa Snow, said her son had wanted to join the Paras since the age of 14.

She said: ‘He was loving it, he was living his dream. He wanted to see the world and hoped the Army would help him do that.’

Private Berry’s brother, Mark Smith, said: ‘He’d always go out of his way to make people happy. He knew he wanted to join the army and he always wanted to be the best of the best, which is why he joined the paratroopers.

‘He even recovered from pneumonia and passed all his qualifications despite having spent weeks in bed.’

Berry was born and raised in Crewe, Cheshire, and began training with The Parachute Regiment Training Company in September 2017.

A statement given by the British Army, which said Berry had died of a ‘non-battle injury’, described the private as ‘an optimistic, capable, and compassionate soldier’ who showed great promise.

Help can be found by calling the Samaritans free of charge at any time, on 116 123 or by email at jo@samaritans.org or visit Samaritans.org.