A SUSPECTED gunman is dead after killing a man and a woman in a shootout at a motel in Texas.

Two people were also injured following the incident at the Palace Inn hotel in Houston on Sunday. 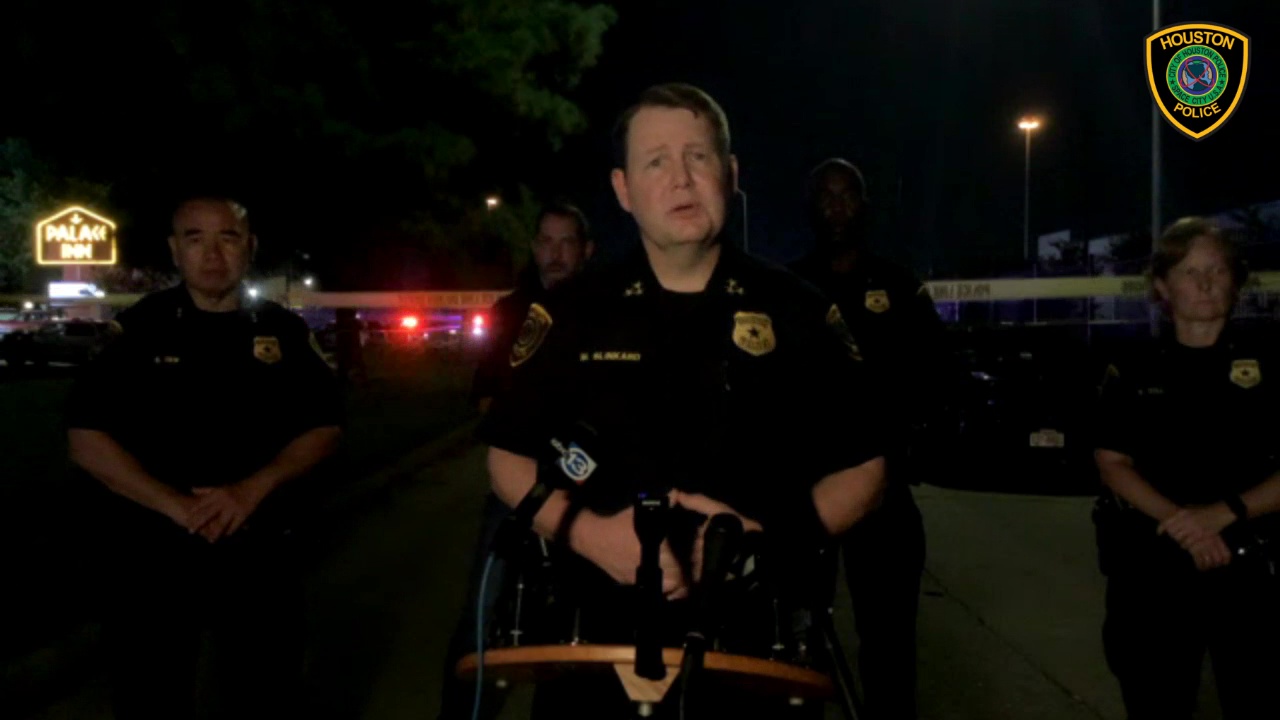 Cops received a call at 11pm and it's reported that a man killed two people on the second floor of a motel balcony.

Officers said they may have been "murdered" within two to three minutes of the call coming in.

The age of the victims remains unknown.

Houston Police Executive Chief Matt Slinkard said that the victims were dead before cops arrived on the scene.

It's reported that two other people in the parking lot were injured as the suspect allegedly "started shooting randomly" over the balcony.

One was treated at the scene while the other was transported to a local hospital.

Officers reportedly opened fire in the shootout but none were injured.

Slinkard said: "It just underlines and underscores sometimes how dangerous the calls are that our officers respond to and (it's) very very tragic for the families that will be affected by a scene like this and very tragic for those who lost their life tonight."

Cops think only one suspect is involved but Slinkard said it remains unknown if he was killed in the gunfire or if he "inflicted one gunshot wound to himself".

He said: "That will be part of our investigation. We do not know that yet and it is too early in the investigation to tell."

The motive of the suspect remains unknown at this time.

Cops say they have recovered a weapon but they did not confirm the type.

The investigation remains ongoing as specialist teams are on the scene.