World leaders have slammed Russia’s Foreign Ministry as it warned it will expel diplomats from Sweden, Poland and Germany for attending a rally in support of opposition leader Alexei Navalny.

Tens of thousands of people across Russia took to the streets last month to protest against the arrest of Mr Navalny, the Kremlin’s most prominent critic.

According to the ministry among them in St Pertersburg were Swedish and Polish diplomats while Germany’s joined people in Moscow on January 23.

As a result they have been declared “persona non grata” and were required to leave Russia “shortly”. 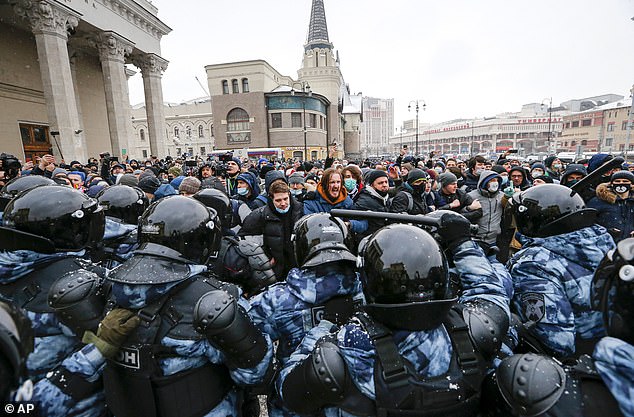 Tens of thousands took to the streets in Russia last month, including several diplomats according to Russia’s Foreign Ministry

German Chancellor Angela Merkel said of the decision: “We consider this expulsion unjustified and think it is another facet of the things that can be seen in Russia at the moment that are pretty far from the rule of law.”

French President Emmanuel Macron condemned the expulsions and what happened to Mr Navalny “from the beginning to the end”, and expressed solidarity with Germany, Poland and Sweden.

Mr Navalny, 44, an anti-corruption investigator and Russian President Vladimir Putin’s most prominent critic, was arrested on January 17 on returning from Germany where he spent five months recovering from a nerve-agent poisoning that he blames on the Kremlin.

Russian authorities have rejected the accusation. 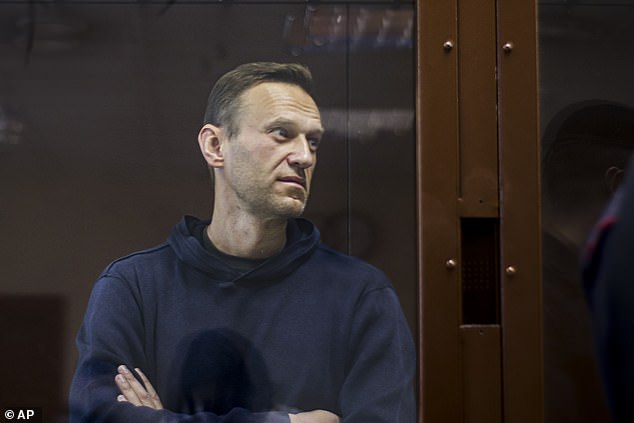 The rallies were held as Alexwi Navalny, 44, an anti-corruption investigator and Russian President Vladimir Putin’s most prominent critic, was ordered to serve two years in prison

On Tuesday, a Moscow court ruled that while in Germany, Mr Navalny violated probation terms of his suspended sentence from a 2014 money-laundering conviction, and ordered him to serve two years and eight months in prison. The ruling prompted international outrage.

EU foreign affairs chief Josep Borrell said he had relayed his concerns over Mr Navalny’s jailing and the arrests of thousands of people who demonstrated in his support.

The EU official said he also communicated the bloc’s support for Mr Navalny’s release and for an investigation of the August poisoning.

Mr Lavrov again accused European officials of refusing to share evidence of the poisoning. The Kremlin has said it will not listen to Western criticism of Mr Navalny’s sentencing and police action against his supporters.

In the mass protests, many demonstrators chanted slogans against Mr Putin in the largest show of discontent in years as thousands were detained.

Tags: as, Forei, Outrage, Russia's
You may also like
Celebrities News