Orthopaedic surgeon, 65, responsible for death of 17-year-old patient faces probe over allegations of covering up mistakes and running ‘toxic’ team with ‘absolute power’ because he had relationship with a nurse

A surgeon, who was branded a bully, is facing a review after his ‘unacceptable and unjustifiable’ actions lead to the death of a 17-year-old patient.

Surgeon John Bradley Williamson, a former president of the British Scoliosis Society, is also accused of running a ‘toxic’ team with ‘absolute power’ and having mistakes covered up due to his relationship with a nurse.

The 65-year-old was found to ‘directly contributed’ to the death of Catherine O’Connor in February 2007,  according to an NHS-commissioned report.

Catherine was wheelchair-bound having been born with spina bifida, a twisted spine, but she was looking forward to the surgery to correct it, The Sunday Times reported.

On the day of her operation the 17-year-old handed her mum her favourite rag doll, telling her to take it home as she needed to be a grown-up for the surgery.

He was suspended in 2014 and sacked in 2015 for inappropriate behaviour towards a female member of staff not for clinical reasons, leaving staff at the hospital claiming  managers did not do enough to investigate the alleged harm to patients.

The General Medical Council said that Williamson was still registered with a licence to practise and was not under investigation.

He continues to see patients privately although he no longer carries out surgery and he charges £350 an hour as an expert witness.

But only now has an NHS-commissioned report – the current Patient Safety Look Back Review – concluded Williamson’s actions, which included not having a second consultant surgeon or enough blood, ‘directly contributed’ to Catherine O’Connor’s death.

Catherine’s case is one of more than a hundred of Williamson’s being looked by Salford Royal Hospital in the review, following allegations by whistleblowers of a cover-up by managers. 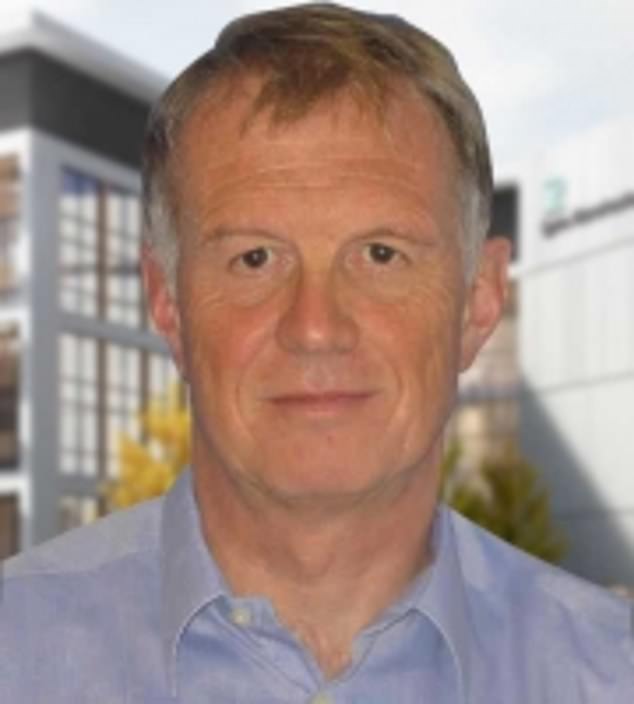 Orthopedic surgeon John Bradley Williamson was found to have ‘directly contributed’ to the death of Catherine O’Connor in 2007, when he operated on her 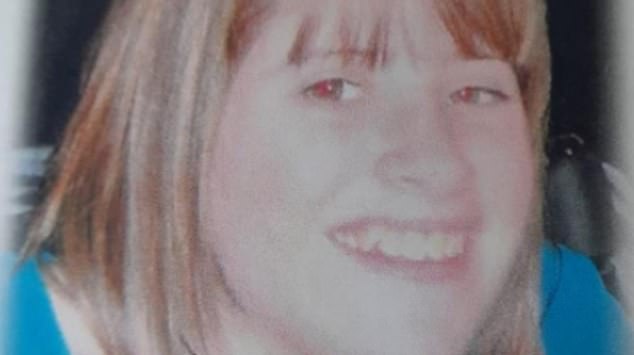 Williamson specialised in surgery to treat scoliosis, a condition where the spine twists and curves to the side.

His patients have been described as being left paralysed or in severe pain as a result of misplaced spinal screws and others being rushed back to theatre for life-saving surgery, according to an internal list produced by clinicians as long ago as 2014.

While leaked minutes seen by The Sunday Times from December 2021, show that his colleague’s described him as ‘clinically incompetent’ and a ‘dictatorial bully’, who ran his department with ‘absolute power’ because he was having a relationship with the department’s nurse manager.

Staff also claimed that reports into mistakes ‘went missing, disappeared or were downgraded’ while other staff were threatened when they voiced concerns.

A fellow surgeon claimed that Williamson left an operation to catch a flight that took off before the patient had left the operating table, according to the minutes.

In 2014, the list of allegedly harmed patients was handed to managers but staff claim it resulted in no action.

It is understood a 2016 investigation was dropped by the regulator because of a lack of evidence and witnesses failing to co-operate.

A senior clinician, speaking to the Sunday Times on condition of anonymity, said: ‘As clinicians we’ve tried hard within the hospital to bring this to light but it’s been a very slow and painful process. I think the trust has lied to patients and there has been a cover-up.

‘Catherine O’Connor’s family were effectively told their daughter wasn’t strong enough for the operation but that simply wasn’t true. There could be patients living with complications who don’t know it’s as a result of their surgery.

‘There needs to be a full recall of patients, we’ve been calling for that for a long time. Not just patients at Salford Royal but also the children’s hospital in Manchester where he also operated.

‘There needs to be a full independent inquiry into how this has been handled by the trust over the years since concerns were first raised and why it has never been dealt with.’

Catherine’s mother Ursula and her husband Bill, who died in 2018, had doubts about what happened to their daughter but never knew they were not the only family with concerns.

O’Connor, 71, from Atherton, near Manchester, said at the inquest that year she was told she died because she could not cope with the blood loss.

‘We have never been told that there should have been a second consultant surgeon,’ she said.

In the new report into her death, commissioned by the hospital, Lee Breakwell, a consultant surgeon from Sheffield Children’s Hospital, said that Williamson showed ‘a disregard for the complexity of the case’ by going ahead with the eight-hour surgery without enough blood or key equipment ordered in advance, showing.

His report added: ‘Unfortunately, a large number of the related inadequacies relate to [Williamson’s] planning and behaviour.’

At one stage Williamson left the operating theatre for an hour before being called back as Catherine suffered a cardiac arrest owing to massive blood loss.

The report concluded: ‘Lack of a second surgeon, expressly against the advice of the [multidisciplinary team], is unacceptable and unjustifiable. The decision to proceed with only an orthopaedic registrar, I believe, directly contributed to the patient’s death due to inevitably slower surgery.’

Breakwell also highlighted that Williamson attended the post-mortem examination. While not unusual ‘it does raise slight concern as to whether any influence was brought to bear on the report’.

Catherine’s mother said: ‘I feel very sad to think that we loved her and protected her for all those years and we couldn’t protect her on that last day.’

She said she admires the whistleblowers for ‘making sure the truth has come out’ but says she ‘should have been told this review was going on’.

In relation to O’Connor’s death, Williamson said: ‘I always strive to provide the very best care for my patients. Due to patient confidentiality I cannot comment on specific patient care, however I have not been made aware of any allegations regarding inappropriate care at any time since the operation took place in 2007.’

Another patient, Ellie, aged 17, from Cheadle Hulme, agreed to surgery by Williamson.

During the operation three misplaced screws severed key blood vessels, an internal trust investigation found, leading to a ‘massive haemothorax’, or bleeding into her chest.

A total of 2.5 litres of blood was drained from her chest. The weight of this blood caused one of her lungs to collapse with her unable to breathe. In total she needed 13 units of blood during and after the operation.

A report found that the three misplaced screws were ‘clearly visible during surgery’ adding: ‘The x-rays that were taken during the operation clearly show this, and therefore the root cause of this is surgeon error.’

Williamson joined Salford Royal Hospital and the Royal Manchester Children’s Hospital in 1996 and as head of division he managed a team of 30 surgeons handling 10,000 referrals and 2,000 complex surgeries a year.

Staff who worked alongside him claimed a dozen cases of incidents of harm were compiled and shared with managers in 2014 after an anonymous letter.

The trust, led by Sir David Dalton, asked the Royal College of Surgeons (RCS) to review the department.

The December 2015 report highlighted concerns about the management of incidents under the leadership of a previous surgeon, It also concluded that the service was safe.

The RCS said that four ‘never event’ mistakes were related to this one surgeon, who it said had caused ‘confrontational’ meetings, was ‘dictatorial’ and created a ‘divide and conquer mentality’ between clinicians and managers.

Several sources confirmed to the Sunday Times that the surgeon was Williamson.

In 2021 staff raised their concerns to Owen Williams, the new chief executive.

Williams was told it was ‘common knowledge’ that Williamson was allegedly not competent to do complex surgery.

The trust has brought in Breakwell and Carlo Breen, a barrister, to review patients operated on by Williamson between January 2009 and August 2014.

Other patients subject to concerns about their care have also been included, bringing the total to more than 100.

Addressing the Spinal Patient Safety Look Back Review, the Northern Care Alliance said: ‘We reassure patients that this review only involves some patients who received spinal surgery performed by this Consultant Surgeon. This surgeon has not worked at the Trust since 2015.

‘Patients should be assured that if concerns are identified with their care or treatment then they will be contacted by our organisation.

‘A patient might then be asked to attend for a clinic appointment with one of our consultant spinal surgeons. This might be to discuss medical history, previous spinal surgery, progress since spinal surgery (even if this was some time ago) and current condition. This will help to determine if anything further needs to take place.

‘We are sorry for any distress or concern that patients may have experienced and we hope this information provides patients with some reassurance. We emphasise that any patient where concerns are identified with their previous spinal surgery or treatment – they will be contacted by the Trust.’

Dr Chris Brookes, chief medical officer at the trust, confirmed the review to The Sunday Times and added: ‘We initiated this review after listening to concerns by staff who wanted assurance that the trust had done all it could to ensure we had thoroughly investigated and ensured no patients remained at harm.

‘This may lead to us inviting some patients who have previously had spinal surgery performed by this surgeon back in for an appointment.’