New York City Police say they are searching for a suspect who allegedly “made anti-Asian slurs” while attacking a person on a subway platform over the weekend.

The incident happened Saturday night on a train platform inside the West 116th Street and Broadway station in Manhattan, which is adjacent to Columbia University, and is being investigated by the NYPD’s Hate Crimes Task Force.

“A 54-year-old female victim was walking on a northbound train platform… when an unknown individual hit her from behind with the handle bars of a bicycle,” an NYPD detective told Fox News. “When the victim asked the individual why he hit her, he responded by making anti-Asian slurs. The individual fled to the southbound side of the train station.” 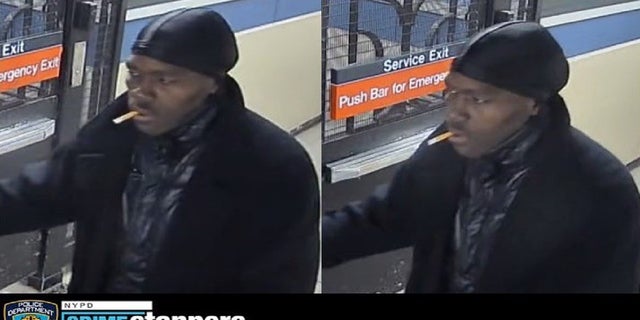 The suspect being sought in connection to the alleged attack. (NYPD)

The detective said the woman suffered minor injuries to her lower back and sought medical attention by private means.

Police described the suspect as a male with dark complexion who was last seen wearing a black jacket and gloves.

A reward of $3,500 is being offered for information leading to an arrest.

The suspect is wanted for assault.