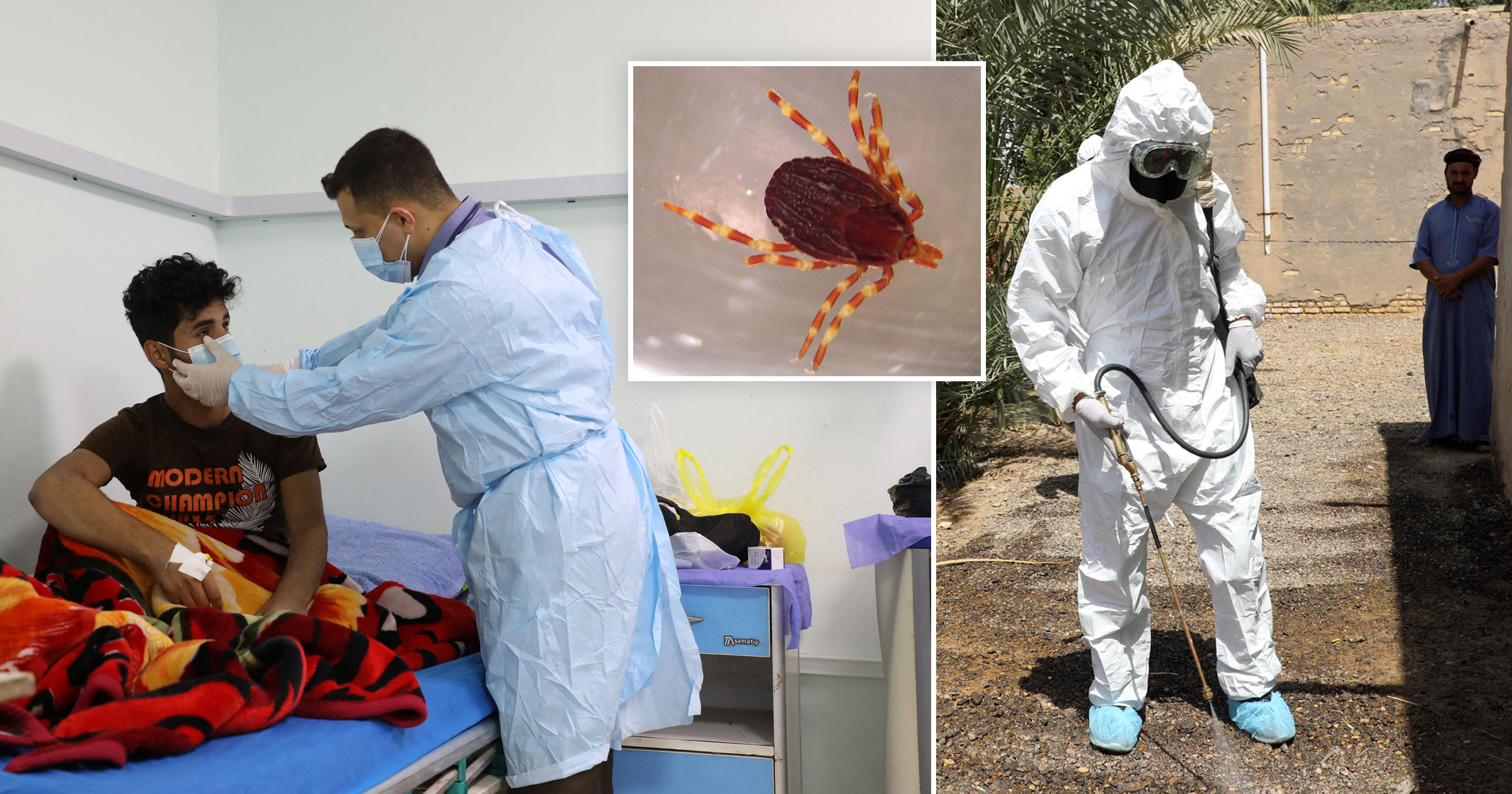 A viral ‘nose-bleed’ infection spread by ticks is on the rise and has already killed 18 people, the World Health Organisation (WHO) has warned.

Formally known as Crimean-Congo hemorrhagic fever, it causes rapid and severe internal and external bleeding, including through the nose.

It has been detected in 120 people in Iraq since January and at least 18 people have died so far.

WHO officials fear it is spreading at an unprecedented rate but it is centred around the southern province of Dhi Qar.

The virus is hosted in ticks and people catch it by coming into contact with someone infected with animal blood, who usually work with livestock or in slaughterhouses.

According to WHO, profuse bleeding, fever, body aches, dizziness, neck pain, headache and sore eyes are all the main symptoms.

Sore throat, diarrhoea, nausea and vomiting have also been detected in infected patients.

To tackle the virus, Mustafa al-Kadimi, Iraq’s president, has allocated one billion dollars to spraying livestock farms with pesticide in a bid to kill the ticks.

Veterinary clinics have also been issued with pesticides and people are urged to purchase meat only from licenced suppliers.

According to Ahmed Zouiten, WHO’s representative in Iraq, the rise in cases could be down to the country’s failure to see through pesticide-spraying campaigns in 2020 and 2021 because of Covid.

‘We have not yet reached the stage of an epidemic, but the infections are higher than last year,’ he said earlier this month.

‘The procedures adopted by the different authorities are not up to par, particularly with regards to unregulated slaughters.’