Norway invoked emergency powers on Thursday to close a wide range of public and private institutions, including schools and restaurants, and halt all sporting events in a bid to combat the spread of the coronavirus.

Health workers involved in the treatment of patients will be forbidden from leaving the country at least until the end of April, and any person returning from abroad will be quarantined for two weeks, it said. 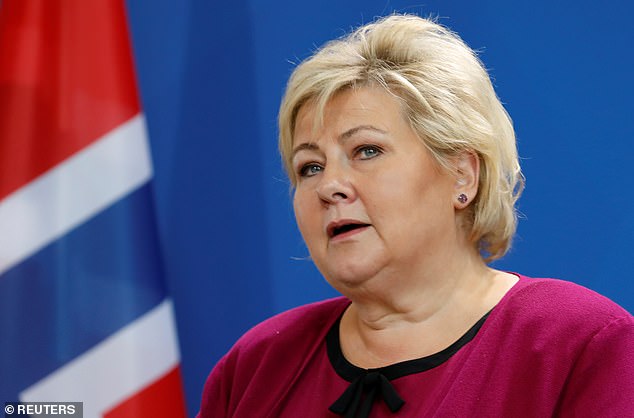 Norwegian prime minister Erna Solberg today announced major restrictions in a bid to halt the spread of the coronavirus, including the closure of schools and public buildings

‘These are very invasive measures,’ she said.

The restrictions are set to upend Norwegians’ daily life, with parents obliged to stay at home to care for their children, and those unable to work from home risking reduced income.

‘This will weigh on both businesses and families,’ Solberg said,’ adding that the government vowed to provide measures that would aid business owners as well as allow for increased paid absence for parents caring for children.

While lower oil prices will reduce the government’s income, Norway can draw on its $960 billion sovereign wealth fund, the world’s largest, the assets of which correspond to around seven years of fiscal spending.

On Friday, the government plans to announce a series of measures to aid industries that have been hard-hit by the coronavirus outbreak, including airlines and hotels.

Since Norway’s first case of the virus was confirmed on February 26, the total number of infected people had risen to 621 as of Wednesday, including one at an offshore oilfield.

‘The goal is to stop the virus, although it’s not certain we’ll be able to,’ said Bjoern Guldvog, the director general of the Norwegian Directorate of Health. 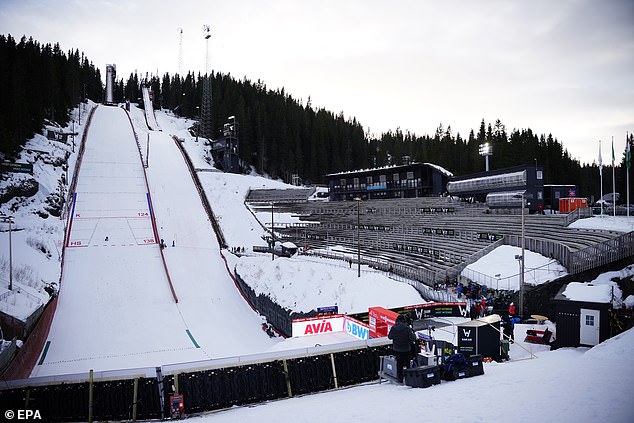 Solberg said that as health workers around the country are now preparing for the biggest challenge they have ever faced, money wasn’t going to be a bottleneck, but rather people.

The government might at some point ask for volunteers to help out to care for the elderly, she said.

While the number of recorded infected people has risen sharply, Norway has conducted a comparatively larger number of tests than many other countries, said Minister of Health and Care Services Bent Hoeie.

‘There is no doubt there is a bigger spread in Europe than what the numbers show,’ Solberg said.

Separately, the central bank announced it will offer extra liquidity to banks in the form of three-month loans amid market turmoil caused by the virus outbreak.

‘The loans are being offered to ensure that the policy rate passes through to money market rates,’ Norges Bank said in a statement.

Norges Bank has scheduled a March 19 policy announcement, with analysts expecting it will cut its key policy rate from the current 1.5%.

The Norwegian stock market was 8.6 per cent lower at 1448 GMT while the crown currency had weakened by 3.6 per cent against the euro.